Living with the Locals

Warning: Aboriginal and Torres Strait Islander people are advised that this article contains references to words, terms and descriptions that may be culturally sensitive or considered inappropriate today.

The story of the ‘shipwrecked orphans’, John Ireland and William D’Oyley, who lived with the Islanders of Torres Strait before their rescue in 1835, is hardly remembered today, but their story captured the white colonial imagination at the time. It was retold, almost immediately, in two separate books by men who were part of the rescue party. A third appeared the year after, written by Thomas Wemyss and, in 1838, John Ireland himself published a version written for children, which was republished several times. An account also appeared in the first Australian children’s book, A Mother’s Offering, in 1841. 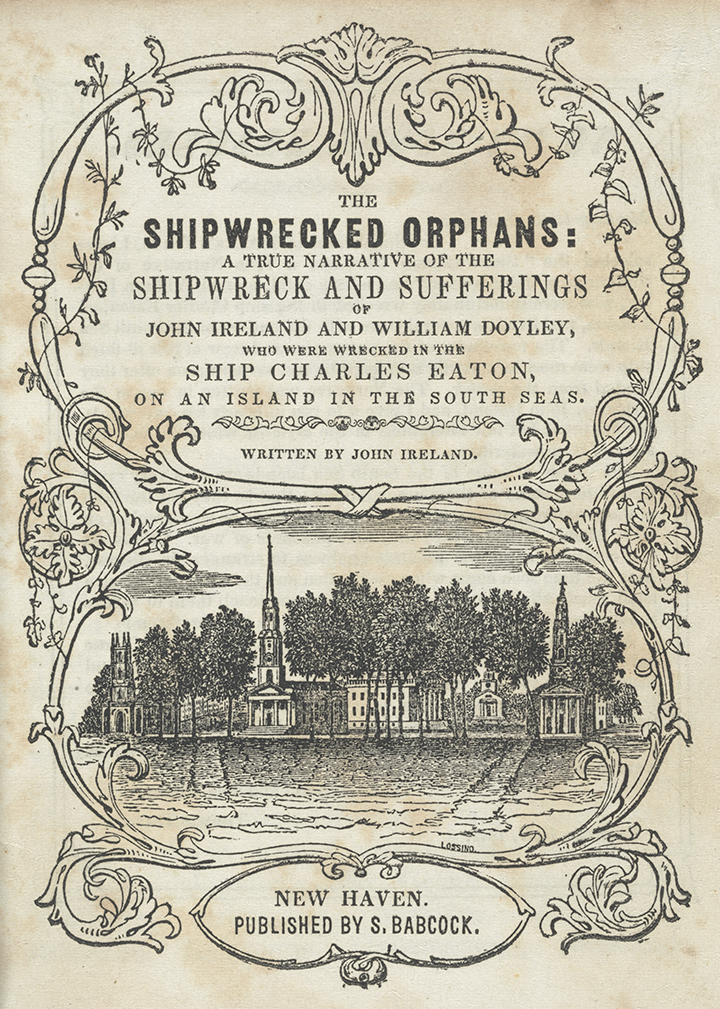 To our eyes, it is not a suitable story for children, but it definitely had a major impact on generations of young Australian readers. This was particularly true of Wemyss’ book, whose graphic details of the initial massacre of the shipwreck survivors cemented an enduring colonial fixation with the shipwreck survivors being attacked and eaten by native cannibals. Much less acknowledged was the loving treatment that the two boys received from the families who became their guardians on Mer (Murray) Island, and for whom John Ireland sought some recognition in his account.

There is no doubt that the two boys were very closely integrated into the society of the Mer Islanders, and raised as part of their world. Ireland’s sympathetic account provided some insights into the everyday lives and customs of their guardians, though there was limited information about their spiritual beliefs, possibly because of the boys’ youth, and perhaps because of their uncertain status as outsiders.

Ireland and D’Oyley’s inculcation into Islander life included participating in food collection and hunting (with large bows and arrows, sometimes poison-tipped). Islander leader Duppa was a very patient teacher and parent to Ireland, instructing him on ‘how to collect shellfish and grow yams, bananas and coconuts’. Ireland was given a piece of land to cultivate and his own large canoe from New Guinea. Their ‘canoes have two masts opposite to each other, and a sail extended between them … No boats can be better manoeuvred than these are by the naked savages’, wrote Wemyss in his 1837 book.

Three engravings showing: a spear fishing lesson; the use of the bow and arrow; and how iron can be bent after heating in Shipwrecked Orphans: A True Narrative of the Shipwreck and Sufferings of John Ireland and William Doyley by John Ireland (New Haven: S. Babcock, 1845), nla.cat-vn4534719

As with other Europeans who were taken in by Indigenous groups in this early colonial period, Ireland was a witness to the initial impact of colonialism on Indigenous life and experiences. At the time of the discovery of Ireland and D’Oyley, Philip Parker King recorded that Islanders believed that white people lived ‘always on ships, and possess no territorial home, and that they subsist upon sharks, porpoises, and dogs’. In the complex trading culture of the Islanders, the Europeans were valued as iron traders. Ireland recorded that the Islanders were ‘very fond’ of European items, particularly iron or ‘torre’.

The great majority of Islanders had at least one item made of iron (taken from wrecks or from trade with Europeans) decorating their huts or being used as a tool. On one momentous occasion, Ireland came across Duppa trying fruitlessly to bend a piece of iron bolt by bashing it with a large stone. Ireland instructed him to place the iron in a large fire for softening. The Islander leader, amazed and very pleased with the result, quickly informed the others, ‘and we were after this frequently employed in straightening or altering the shape of these iron articles, as it might suit the various fancies of their owners’. 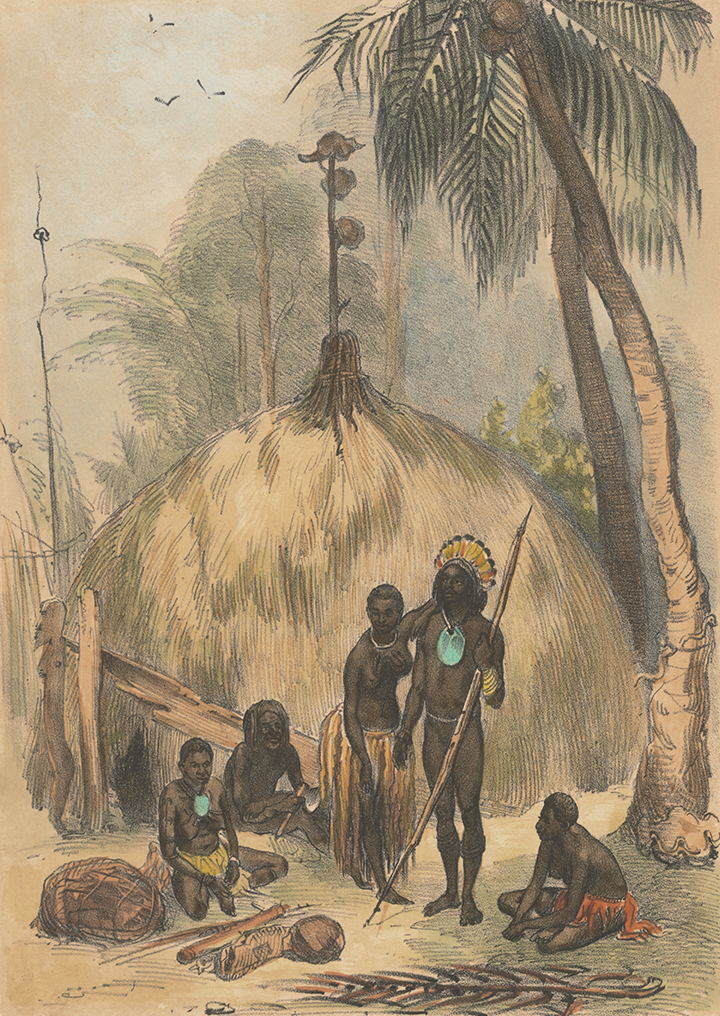 Harden Melville, Huts and Islanders of Darnley Island, Torres Strait: Duppa (Sitting with an Axe), Who Took Charge of the Boys. Duppa's Adult Son, Also Called Duppa, Stands with a Spear, Alongside His Wife Areg, 1849, nla.cat-vn1248212

Recording that the Islanders gave European guns the same name as that used for their bows, Ireland recounted how Duppa told him that some of their people had been killed by these guns, ‘and they never could see what struck them’. Ireland’s knowledge of iron working was beneficial to his hosts but he couldn’t explain to them the workings of the one thing they were most inquisitive about—the white man’s deadly weapon.

In an important postscript to the story, in 1992, after a long struggle in the Australian courts, Meriam man Eddie Koiki Mabo, with four other plaintiffs, achieved recognition that the Indigenous people of the Torres Strait islands held sovereignty over their own land in the face of British and Australian colonisation, and had never lost it. The ‘Mabo decision’, which recognised the potential of Indigenous native title, was a landmark in Australian history.

This edited extract first appeared in Living with the Locals by John Maynard and Victoria Haskins, released by NLA Publishing in 2016.

Professor John Maynard is a Worimi man from the Port Stephens region of New South Wales. He is currently a director of the Wollotuka Institute of Aboriginal Studies at the University of Newcastle and Chair of Indigenous History. Professor Victoria Haskins is a historian at the University of Newcastle. She has appeared as a historical consultant on the televsions programs Who Do You Think You Are? and Tony Robinson’s Tour of Duty.