In 1819, the New South Wales Government appointed Commissioner John Bigge to examine the governance of the colony, and to look at how its expansion might fit in with its original purpose as a penal colony. Commissioner Bigge recommended that new settlements be formed. In September 1823, Governor Brisbane sent explorer and Surveyor General John Oxley with Judge John Uniacke and others northward of Port Jackson in the cutter Mermaid. They visited the thriving convict establishment at Port Macquarie with a view to making it a free settlement, and then explored the less satisfactory harbour of Port Curtis before turning southward and entering Moreton Bay.

On 29 November 1823, scarcely had the Mermaid anchored in Pumicestone Passage, between Bribie Island and the mainland, when members of the local Indigenous group rushed to the shore. Among them one man, who appeared taller and much paler than the rest, advanced to a point opposite the vessel, and called out in English. When the Mermaid crew approached the shore in a boat, the group danced and hugged the pale man. It soon became obvious that he was an Englishman. 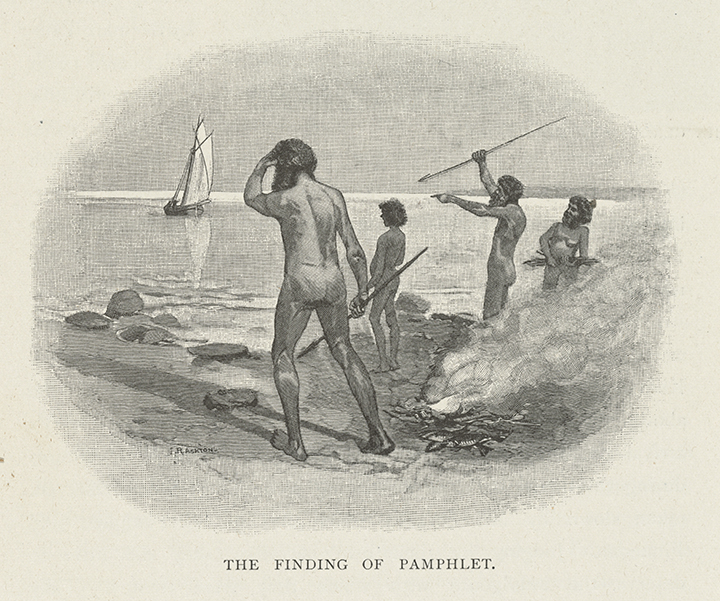 The next day John Uniacke took down in writing the man’s narrative. His name was Thomas Pamphlett, and he had set out from Sydney on 21 March in an open boat with Richard Parsons, John Finnegan and John Thompson. Their purported destination was the Five Islands, some 30 miles south of Sydney.

The Five Islands Nature Reserve is now a 26-hectare reserve comprising five islands close to Port Kembla. Early in the nineteenth century, these islands were well wooded with cedar, a species that grew to around 60 metres in height and was used for furniture and shipbuilding.

The men who set out for the Five Islands in 1823 were representative of the beginning of the entrepreneurial transformation of New South Wales. The four were ticket-of-leave men, convicts with a conditional licence to be at large after the expiry of part of their sentence, keen to make good in the outside world. In the mid-1820s, however, there was a view that land should be given only to those who had sufficient capital to develop it, so ticket-of-leave men and ex-convicts had to look for other opportunities.

Thomas Pamphlett is the best known of the group. Formerly a brickmaker in Manchester, he was convicted of stealing a horse and sentenced to 14 years’ transportation. In Sydney, he was an incorrigible repeat offender. In 1814, he was given 100 lashes and six months’ imprisonment in a jail gang, in double irons, for theft. In 1820, he lived in the Hawkesbury River area west of Sydney, evidently with a wife and three children. Two years later, he was sentenced to seven years at Port Macquarie penal settlement for stealing, but was deemed of ‘unsound mind’ and let off. Pamphlett later described the Five Islands voyage to John Uniacke as follows:

We left Sydney March 21st in a large open boat of 29 feet 6 inches [nine metres] extreme length overall, and 10 feet beam … We had a considerable quantity of provisions, flour, pork, etc., for the purpose of buying cedar, and 4 gallons of water and 5 of rum. About 4 o’clock the same evening, when within 7 or 8 miles of our destination, a violent gale came on from the west, which forced us to lower all sail, and keep the boat before the sea … The gale continued with unabated violence for 5 days but the sea continued to run so very high that we were still obliged to keep the boat before it, without being able to carry any sail till the 11th day … Our small stock of water was totally expended on the second day and the rain we caught in the commencement of the gale was so spoiled by salt water that we were forced to throw it away … for the following 13 days nothing to drink but rum

What should have been a day trip had dragged out beyond two weeks, and they were hopelessly lost. John Thompson became delirious from drinking salt water. Finnegan became quite deaf. The fitter ones kept watches of two hours each. On the twenty-first day (12 April), they saw land.

It was too late for Thompson. Suffering from severe dehydration, he became deranged and had to be tied up to restrain his violent movements. Soon after, he collapsed and died. Hoping that they would be able to land and bury him, they kept the body on board. They could not find a spot free of wild surf and after two days the body became offensive, so they buried it at sea. Pamphlett’s account continued:

we consulted whether we should not throw it overboard. This was agreed to after some altercation. He was then searched, and in his waistcoat we found his ticket of leave sewed up. Parsons then bound a handkerchief over his face, and he was thrown overboard. He had been kept so long that he swam as light as a cork on the water. 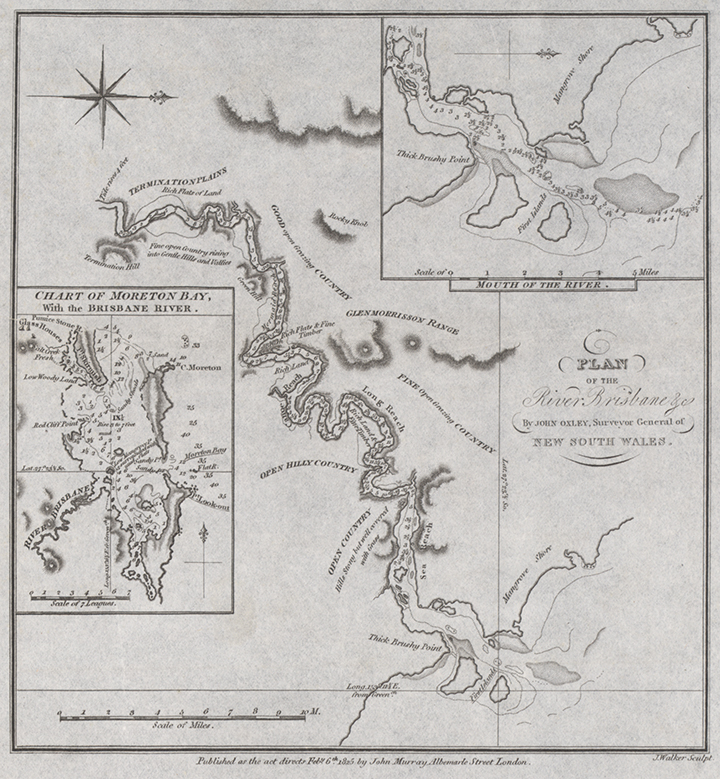 On the twenty-fourth day (15 April), they anchored 400 metres from the outer shore of Moreton Island and Pamphlett swam ashore for water. The boat grounded on the sandy beach and in less than five minutes its bottom had been stove in. Each man had discarded his clothes to swim ashore, so now they were all completely naked. The boat had gone to pieces by the morning. Continuing north, they fell in with the local Indigenous community. Their Aboriginal hosts regularly painted them twice a day, gave them nets to catch fish, showed them where to find nutritious roots and taught them what they could of their language. The three men walked north and south around Moreton Bay for three or four months, staying with local communities for part of the time and squabbling among themselves. Parsons, described by Pamphlett as a very violent, passionate man, at one time declared he would kill Finnegan and struck him a severe blow with an axe handle.

So it was that seven and a half months after being wrecked, Pamphlett saw the cutter Mermaid off shore. Pamphlett and Finnegan told Oxley that they had seen a large river at the south end of the bay—an observation that would lead to the European discovery of the Brisbane River and the founding of the future state capital city. Oxley took the two men with him to Sydney. He did not see Parsons, who had travelled further north, so he left a message in a bottle to let Parsons know that the Mermaid had been there. 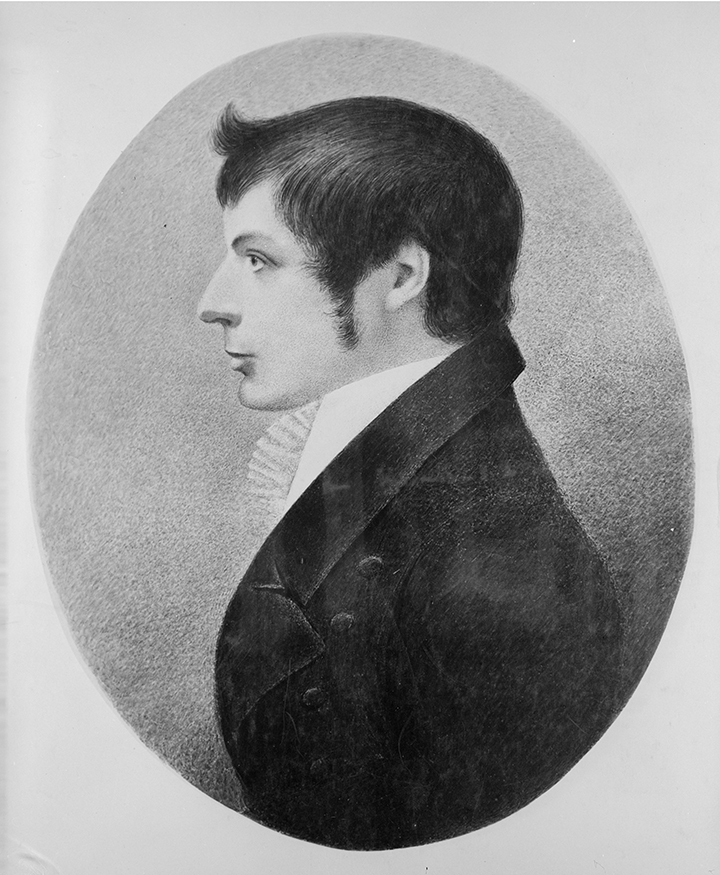 In September 1824, Oxley returned to Moreton Bay in the brig Amity. When he arrived, he found Parsons alive and well:  ‘his sleek plump appearance bore out his account of the hospitable and kind manner with which he had been treated’ during his 17 months with the local Indigenous groups.

Parsons gave a detailed account to Oxley, printed in The Australian, of his kind treatment by the Indigenous communities along the coast, and of the varied quality of the land and natural resources:

He was never in any danger from the natives except once. A female brought him some fish and he attempted a little familiarity with her, when on a sudden a great number of the natives started up, and in a menacing attitude called out to him to let her alone.

These facts, especially such as relate to the disposition of the natives, we consider important, as they show that by avoiding harsh treatment in the first instance, many misunderstandings may be avoided between the whites and the blacks.

The men did not have much of a future in the cedar cutting industry. In 1826, The Australian reported that the Five Islands:

are the scene of many irregularities, and the refuge of many bad characters … an illicit practice … is carried forward there, of cutting down, and carrying away the cedar trees, with which the Five Islands formerly abounded. Various grants are completely stripped of that valuable species of timber, and the Grantees, on taking possession of their land, find that the greatest inducement for accepting of it, no longer exists ... The loss of many lives is attributable to this practice, for the owners of small boats, knowing that they are not exactly justified in carrying off the timber, have frequently been induced to venture on a passage to Sydney, with too heavily laden boats, and at dangerous times, and unseasonable hours. Wrecks and drownings have been the consequence.

Pamphlett went back to Moreton Bay and to crime. In October 1826, having been found guilty of larceny, he was sentenced to seven years at the Moreton Bay penal colony, a jail for reoffenders. Convicts there were employed in cutting cedar from the banks of the Brisbane River. Leaving Moreton Bay in 1833, he lived uneventfully until his death in 1838.

These three castaways, with their accounts of the land and the Indigenous people of the Queensland coast, provided a most valuable service to the European colony. Inveterate criminals in both their home country and convict-settlement environments, they showed hardiness, diplomacy and, with a few exceptions, courteous behavior during their time at Moreton Bay. 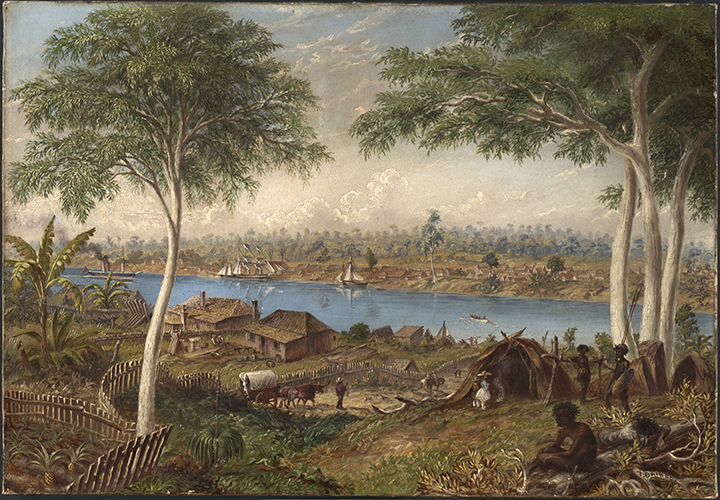 Graeme Henderson AM is a maritime archaeologist, former museum director and the 2002 Western Australian Citizen of the Year.