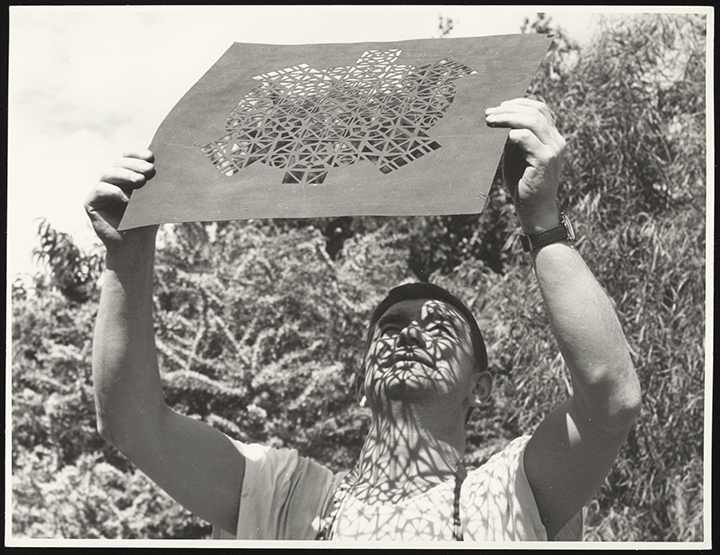 There are many things that make the Library remarkable, including the coloured glass windows in the building’s foyer. They are a testament to the talent and vision of artist Leonard French (1928–2017), who passed away earlier this year. A closer look at the process behind the windows helps us understand why they are mesmerising artworks.

They were commissioned in 1965 at the suggestion of the building’s architect, Walter Bunning, and installed in 1967. There are 16 windows, each measuring 3.45 metres in height and 1.3 metres in width and composed of four panels. As art historian Sasha Grishin has shown, French took inspiration from Gustav Holst’s orchestral suite The Planets (1918), with the six pairs and four single windows each featuring a slightly different colour palette; warm shades dominate on the lakeside and cool ones on the other side. The language of symbols used—including crosses and mandalas, as well as celestial imagery—connects with French’s broader work, which predominately consists of paintings. 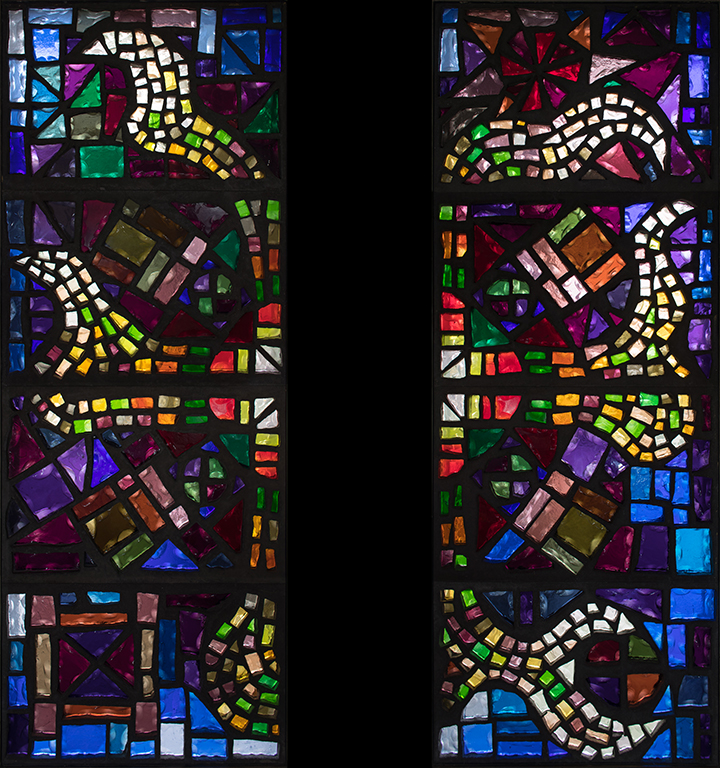 Leonard French, Pair of Windows on the King Edward Terrace (Bookshop) Side of the National Library of Australia, 1967, chunk glass set in ciment fondu

Although referred to as stained glass, the windows were executed in the dalle de verre technique (also known as faceted glass), which was developed in the early twentieth century. Whereas stained glass sees pieces of glass held together with strips of lead (called lead cames) and decorated with special paints, dalle de verre consists of chunks of faceted coloured glass arranged into mosaic-like patterns; thick borders reinforce the intensity of the colour. The glass is chiselled in places to ‘prismatise the edges’ in order to ‘bring the light through’, as French explained.

A 1969 documentary about the windows preserved by the National Film and Sound Archive shows French and his assistants working on the monumental commission. Having selected the correct colour of glass, they cut it to size and chiselled its edges. Each 2.5cm-thick piece was arranged against the correct panel of the 64 that compose the total scheme, and encased in a rubbery substance. Once set, the rubber was cut away, except for the front of the glass. The final stage involved reassembling the glass within a frame. Ciment fondu (also known as aluminous cement) was poured over and, when firm, the remaining rubber was removed, leaving a recess at the front of the panel. 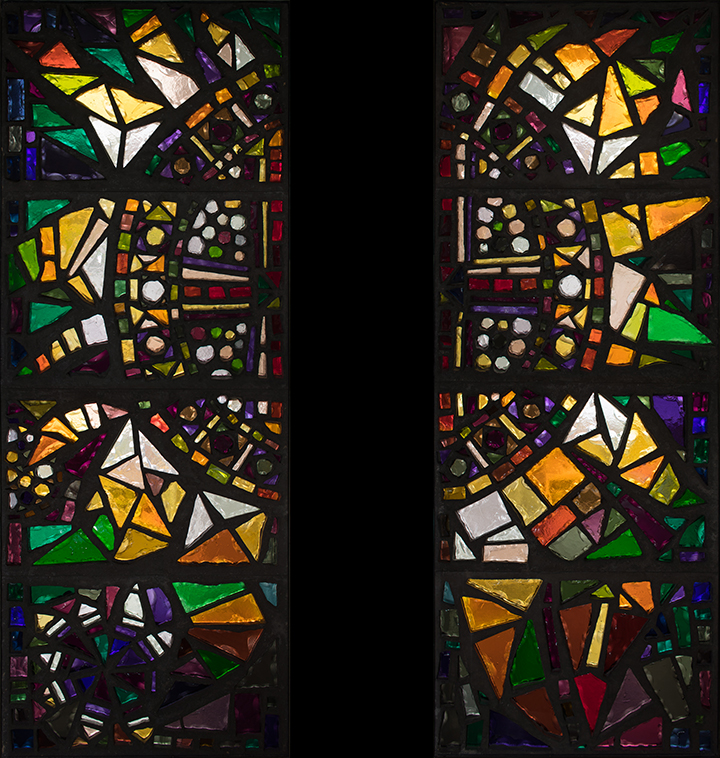 Leonard French, Pair of Windows on the King Edward Terrace (Bookshop) Side of the National Library of Australia, 1967, chunk glass set in ciment fondu

Like stained glass, dalle de verre windows modify the amount of light entering the space, but do so more dramatically. As French observed: ‘The purpose of these windows is to flood the place with brilliant coloured light’. It is perhaps for this reason that exhibitions were originally located in the space now occupied by the Library Bookshop and Bookplate cafe. Displaying treasured collection items next to the windows would have fostered an atmosphere of awe and wonder. Indeed, architectural glass has its roots in Byzantine and Christian artistic traditions, most notably in Christian ecclesiastical stained glass. In churches, stained-glass windows were designed to communicate religious narratives and to cultivate a spiritual atmosphere that connected to the heavens through the interaction with natural light.

Today, visitors to the Library can still appreciate the splendid work of the late Leonard French upon entering the building. The windows are an enduring statement of his talent and continue to inspire and intrigue.

Grace Blakeley-Carroll is Exhibitions Officer within the Library’s Exhibitions Branch. She is also a PhD Candidate in the Centre for Art History and Art Theory, the Australian National University.