Magic and Mystery in Oral History

One of my best high country interviewees from the mountains of the Australian Capital Territory (ACT) was Hughie Read of Naas who told me all sorts of stories, some of which had to be taken with a big grain of salt. Many of his juicier tales revolved around sex or death—or both! One day he mentioned how a local had been hit by a train at Tralee and his body carried on the front of the engine all the way into Queanbeyan Railway Station. I nodded and put his graphic story in the 'salt' basket.

Some years later, the story resurfaced in a most surprising way. I was researching my Rugged beyond Imagination book and reading George De Salis' diaries in the Library’s collection, when I came upon his 10 March 1888 entry about poor Con Grady’s corpse riding the front of the loco into Queanbeyan. So, Hughie's story was true after all!

People using oral history always have to be mindful of uncorroborated stories and inaccurate memories. But the flip side is that we shouldn't second guess our interviewees either; truth can indeed be stranger than fiction.

That lesson was learned again when I interviewed retired carpenter Ted Kennedy. Ted had worked on various mountain buildings and we chatted about the fire towers built along the Brindabella ranges in the 1940s. One was Bag Range, built during the Second World War. I asked Ted why that particular tower was built and he said it was due to fears of Japanese bombers starting bushfires. I simply couldn’t believe that, but hid my skepticism from Ted.

Later, when researching the files of the ACT Bushfire Council, there it was in black and white. So great were fears of Japanese incendiary bombs starting fires in Canberra’s mountain hinterland that even the Prime Minister issued a warning, and the Council wanted prisoners of war to cut firetrails in the event of fires. Ted was right on the money with his memories. 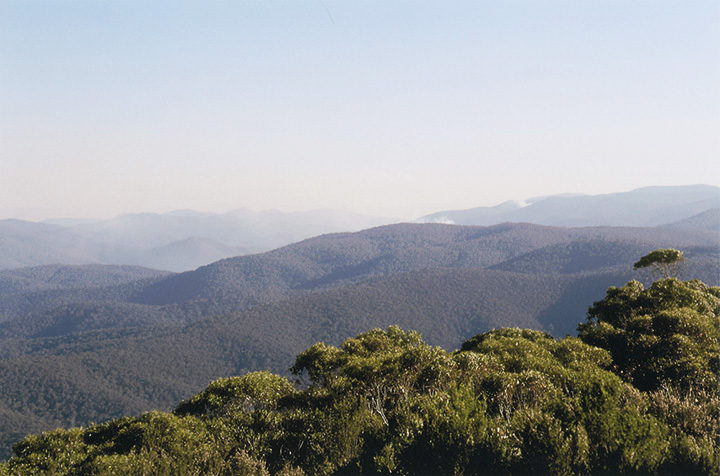 Insider stories represent another vein in the goldmine of oral testimony, bringing to the surface elements of Australian history and culture that otherwise might never be revealed. At age 14, Ross Atkins ran away from school to join the Sydney racing industry in the 1940s. He explained how horses were ‘doped’ in those days. There was no need for drugs. If you wanted to slow a horse down (to lengthen the odds so as to clean up on a race on another day), you just deprived the nag of water, fed it to make it even more thirsty, then gave it a huge drink just before the race. The gallons of water sloshing around inside the galloper did the trick.

John and Helen Dowling owned Brindabella Station for over 30 years and had a trove of fond memories of their life in the valley. The characters who shared the valley with them were always colourful. The Franklins had been in the valley for generations and one of the most intriguing family members was Les. Known as Blind Les following a childhood accident with a cricket ball, as an adult he ran the local mail service on horseback, all the way from Brindabella to Peppercorn. He and his horse had a wonderful relationship, the horse knowing where to stop at each mailbox along the route.

Les had a different relationship with his milking cow. He’d put a bell on her so he could find her at milking time—but the cow learned to stand still to avoid him.

One visitor at Brindabella was the Duke of Gloucester, who was there to fish. He came to the house and asked John’s mum for a drink of water. The Duke drank it while sitting on the kitchen floor picking grass seeds from his socks and trousers. And, in that cavalier way of the British aristocracy, he simply left the seeds there when he departed.

The Dowlings also had memories of a 1944 visit by famous Australian author Miles Franklin, who’d long since left the valley of her childhood but called in occasionally on riding trips with her relatives. John’s mother was in tears from laughing so hard at Miles’ tales of her earlier life in America.

Another rural interviewee, Barbara Tong of Naas, was visited by Miles on a different occasion and was in a flap because she had nothing to give her guest for afternoon tea. It was so hot that day that the butter melted. But Barbara coped somehow and Miles later wrote a letter of thanks.

Pearl Smith was over 100 when I interviewed her. She was a member of the Wilson family who pioneered tourism development at Jenolan Caves. Her father Frederick and uncle Jeremiah explored new caves and took Pearl (as a six year old) with them. When they got to passages too narrow for the men, little Pearl would be lifted through the tight squeeze into the new cavern to tell the adults what she could see in the dim candle light.

Pearl later worked for well-known Sydney photographer Charles Kerry in 1904. As well as being a fine landscape photographer, Kerry did portraits. One customer, recalled vividly by Pearl, was a very drunk Henry Lawson. The staff had to sober him up before his picture could be taken.

Some interviewees lived amazing lives. Elizabeth Ryrie, the matriarch of Micalago Station (near Michelago), was the granddaughter of the Lord Mayor of Sydney. Her mother had met English author Thomas Hardy, and travelled up the Nile in her twenties. Elizabeth lived in London in 1937 and knew actors Rex Harrison and Ann Todd, and on a later trip to the US met Walt Disney.

At Micalago, Elizabeth and her husband James had as guests Australian prime ministers Menzies, Holt and Gorton. In the 1970s, their home was used as the set for the groundbreaking Australian feature film My Brilliant Career. A young Judy Davis and a young Sam Neill, just starting out on their stellar careers, made a strong impression on Elizabeth.

The stories told by interviewees are a rich and captivating record of the Australian experience in all its forms. I’ve always regarded it as a privilege to be able to bring so many of these stories into the collection of one of our most important national cultural institutions. Of the many people I’ve interviewed, the majority have now passed away, reminding us all of the fragility of memory and how tentative is our hold on the past.

Matthew Higgins is a Canberra historian, writer, speaker and photographer. His 2009 book, Rugged beyond Imagination: Stories from an Australian Mountain Region, was shortlisted for the ACT Book of the Year Award. His first novel, Seeing through Snow, was launched at the Library in September, and his new book about the high country, Bold Horizon, will be launched here on Wednesday 11 April 2018. Matthew has been contributing oral history interviews to the Library’s collection since 1990.