Should we worry about how Australians speak? Well, it depends. But depends on what? Does the person who insists on saying ‘no worries’ to you sound like an ‘ocker’, a word The Macquarie Dictionary defines as ‘the archetypical uncultured Australian’? He or she is probably speaking Broad Australian. You, of course, are speaking Cultivated or Received or even Educated Australian. 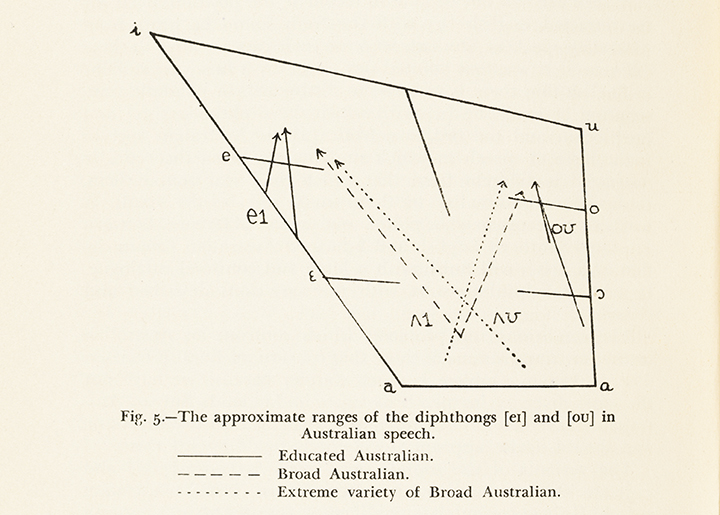 One of the great myths of Australian English is that one can travel the length and breadth of the country and hear spoken English that does not differ much, if at all, from place to place—except in Adelaide. The myth goes that an Adelaide speaker can be identified from all other Australians by speech alone. Not so, say the experts. David Blair writes in his essay in The Languages of Australia (1993):

I know that we Australians like to believe that there are regional differences in our language that enable us to tell where another speaker comes from. That, however, has never been shown to be possible.

There are, however, some Adelaide speakers who do sound a little different from the rest of us. The experts are fairly consistent in noting that these variations seem to be associated with one or more private schools. But Blair goes on to point out that:

the regional uniformity of Australian English ought not to be understated. There is probably no other inhabited landmass of such a size that exhibits as little regional variation as the Australian mainland. The major reasons lie in our history, especially in our patterns of early settlement and in the continual movement of settlers for trade and commerce.

The serious academic study of linguistics in Australia seems to have started in the 1960s, although many earlier writers have commented on Australian slang. Louisa Anne Meredith in Notes and Sketches of New South Wales, during a Residence in that Colony from 1839 to 1844 (1849) notes the snuffle and nasal twang of some of her compatriots. But the real origins of the study of Australian speech as a matter of social importance are well examined in William Ramson’s edited English Transported: Essays on Australasian English (1970). Ramson himself notes the obvious English and even American derivation of very many of the words used by the early settlers and convicts in particular. He reminds us that Watkin Tench, writing in 1793, said that an interpreter was frequently necessary in the law courts. 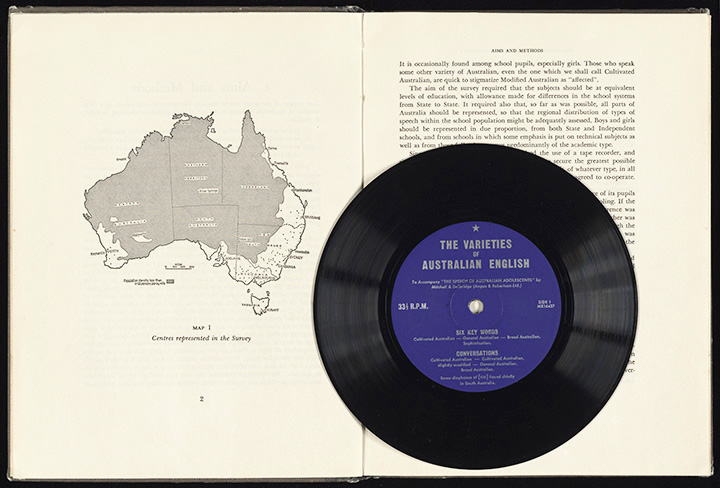 Some of this early work was carried out by scholars associated with the Australian Language Research Centre at the Australian National University (ANU). One was Robert Eagleson, who published Australianisms in Early Migrant Handbooks, 1788–1826 and 1827–1830 (1965). In the same year, A.G. Mitchell and Arthur Delbridge (both then at the ANU but later at Macquarie University) published The Speech of Australian Adolescents: A Survey (1965). They examined the speech patterns of discrete groups of about 7,000 young people in both state and private schools, in all Australian states and territories except the Northern Territory. The book came with a long-playing (33 1/3 rpm) gramophone record. They were able to demonstrate that the speech of teenagers in the mid-1960s was, in its terminology, 34% Broad Australian, 55% General Australian and 11% Cultivated Australian. Five decades later, the authors might have been interested to note whether or not these percentages have remained. To older ears, the speech of many adolescents seems to be rather different. But perhaps the speech of adults has changed over time too. Most of us don’t sound like the ABC newsreaders of the 1960s or the voiceover artists of Cinesound newsreels now. 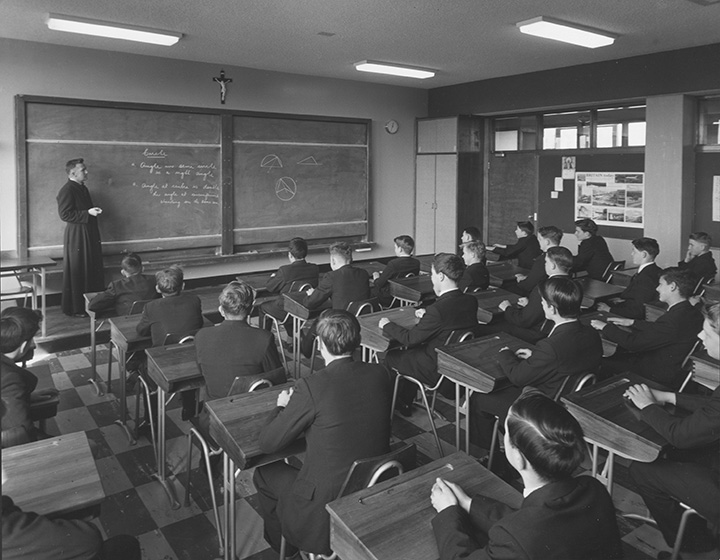 Speakers whose first language was not Australian English were scarcely a problem for the linguists of the immediate post-Second World War period. Of course there were migrants from other places, perhaps notably Jews from Germany and elsewhere who had learned English as a second or third language before emigrating or acquired a version of Australian English after arrival. The Victorian Ethnic Affairs Commission estimated in 1983, based on Australian Bureau of Statistics figures, that 15% of the population (at that time 1.7 million) had a language other than English as a first language. Their Australian English could not be defined as Broad, General or Cultivated but that of the second and third generations certainly could.

English speech patterns, even of people with Australian English as a mother tongue, are not immune to change. When I returned to Australia after ten years living in England, many fellow Australians assumed from my speech that I was English; Cultivated Australian speech had, so it seemed, turned into a version of South East England Received Standard. The title of this article is also the subtitle of a pocket-sized Lonely Planet guide, Australian Language and Culture: No Worries! (2007). Co-author Paul Smitz writes that:

Australian English has been particularly influenced by American English over the last half-century. As well as this Americanisation, Australian English is subject to the homogenising influence of nationwide television, movies and radio. Nevertheless, there are still differences between country and city speech, with country people tending to sound ‘broader’ and more colloquial. Another noticeable pattern is the growing difference between the language used by older and younger generations. Much of the colloquial language that is regarded as distinctively Australian now tends to be used more by older people.

So there you have it, mate/sir/madam. If you are worried about how you speak—that is, how you sound to others—you, and only you, can do something about it. You can turn your Broad Australian into General or even Cultivated Australian speech, or vice versa. But why would you want to? To fit in with a group whose speech does not sound like yours? To suggest a different social background or educational level? Whichever variety of Australian English you use, ‘no worries’ is a good approach to live—and speak—by.

Russell Doust is a former State Librarian. He is also a church musician and keen home cook—but he is certainly not a linguist.