Only the Wearer of the Shoe Knows How it Pinches

Only the wearer of the shoe knows how it pinches – William Colenso, Hawke’s Bay Herald, 1891

Here in Australia, William Colenso’s name is not well known. In Aotearoa New Zealand, it is another matter. Colenso (1811–1899) is associated with New Zealand’s early settlement, proselytising, printing religious tracts and politics. He is also known for his affair with a Māori servant, Ripeka Meretene, who gave birth to his son, Wiremu (William) in 1851. A shocking circumstance, this fractured his existing family unit and led to familial jealousy and his ostracism from his family, church and New Zealand society for years. He never saw his wife or daughter again. 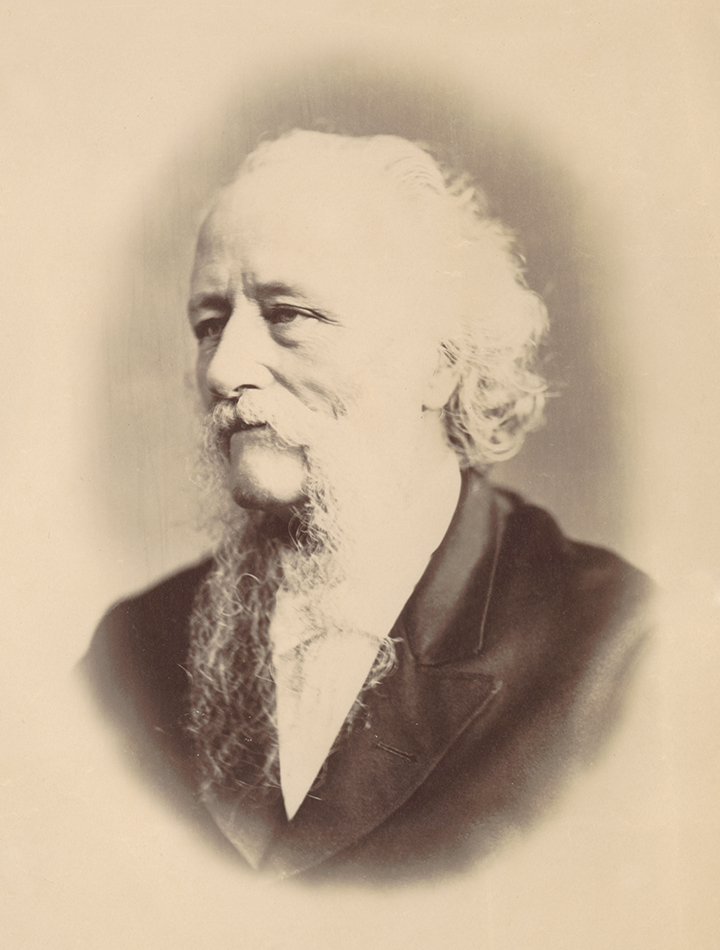 Colenso had a passionate interest for exploring and natural history collecting and in research and communicating his findings to the world. He arrived in Paihia, New Zealand, in 1834. He was soon to meet Charles Darwin when the Beagle visited in 1835, and later became firm friends with Australian botanist Allan Cunningham. Colenso also became a lifelong friend and correspondent of John Dalton Hooker who visited on HMS Erebus, and with his eminent father. Colenso’s life in New Zealand encompassed printing translations of the Bible and pamphlets advocating for Māori, roaming widely and collecting specimens, which he sometimes stuffed down the front of his shirt to protect them while on the move. Eventually Colenso’s evangelism, work ethic, abrasiveness and infidelity counted against his reputation, but for his scientific contributions, he became a Fellow of both the Linnaean Society (1865), and the Royal Society (1886). 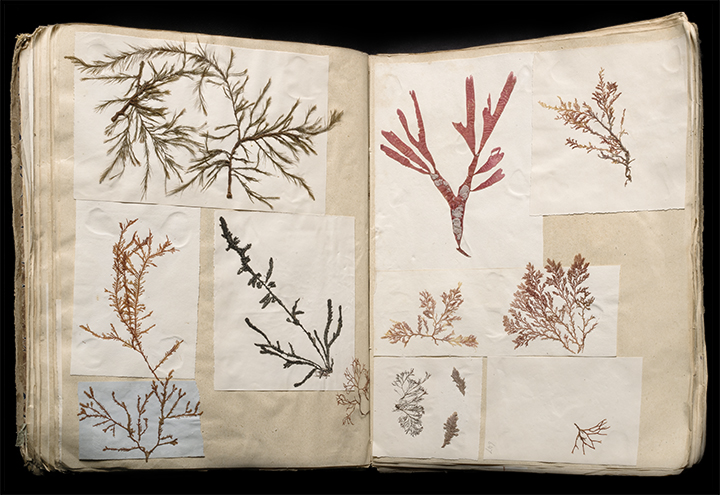 Colenso’s interests and acquisitions intersected with those of collector Rex Nan Kivell (1898–1977). Both had roots in Cornwall and lives partially spent in New Zealand. Within the Library’s expansive Nan Kivell holdings are contained delicate specimens of pressed New Zealand ferns, mosses and seaweeds, including three attractive albums of seaweeds with varied provenances. The Album of William Colenso's Personal Collection of Pressed Seaweeds, Starting in Penzance and Continuing Later in New Zealand (between 1830 and 1840), was named by Nan Kivell when he acquired it in 1943.

Colenso’s printings were prized by Nan Kivell, and the lustre of ‘association items’ led to his acquisition of 90 items produced by, or associated with, this early, hardworking and controversial observer. The arc of Colenso’s experience from printer in Penzance, Cornwall, to religious zealot in New Zealand clearly piqued Nan Kivell’s interest. To an extent, it mirrored that of his ‘indomitable forebears,’ also early settlers to New Zealand from Cornwall. The fact that the seaweeds appeared to span both Cornish shores and the beaches of New Zealand would have appealed greatly to the collector. 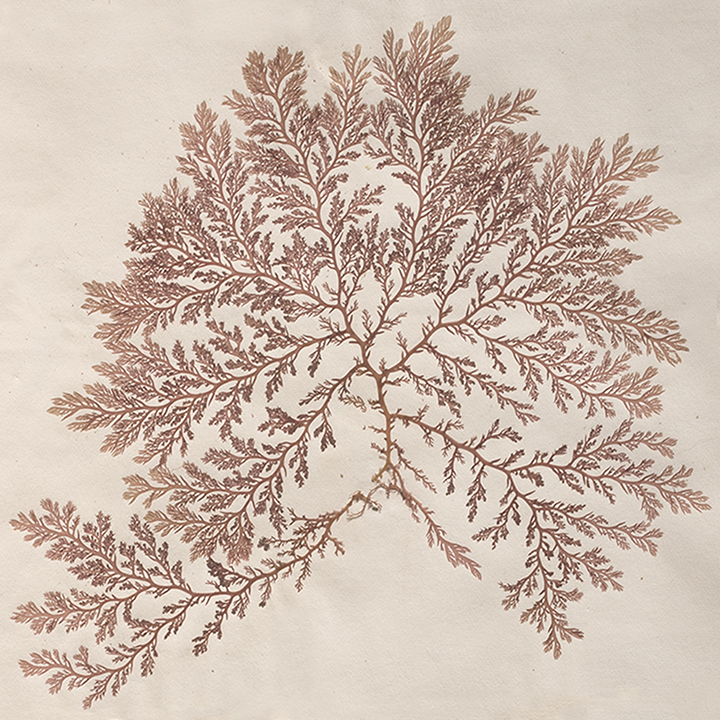 Colenso’s book has what Nan Kivell would have regarded as a ‘perfect provenance’. He acquired it, with other material, from the son of one of Colenso’s friends, the teacher Henry Hill. The collector obsessed about his ‘deep’ Cornish heritage—ironic, given he was only half Cornish by descent. The Colenso seaweed album was a kind of talisman, connecting Nan Kivell’s family past in Cornwall and New Zealand—all through the famous, or perhaps infamous figure of William Colenso. Further, the missionary’s marital issues and the birth of his illegitimate son, Wiremu, has a strange resonance with Nan Kivell’s own family history of well-disguised illegitimacy.

In his epic book Portraits of the Famous and Infamous, Nan Kivell describes Colenso as ‘The Caxton of New Zealand’, a typical flourish, and he noted that Colenso ‘set up the first New Zealand printing press of which he was the compositor, printer, binder and distributor.’ Colenso’s training as a bookbinder and printer also mirrored Nan Kivell’s apprenticeship in Christchurch. Nan Kivell concludes his assessment of Colenso,

In 1852 he was deprived of his Deacon’s office for having a natural child – so much for the appalling ‘enlightenment’ of the missionary superintendents … when he, Colenso, had so much to offer

It sounds like a cry of connection from the heart. 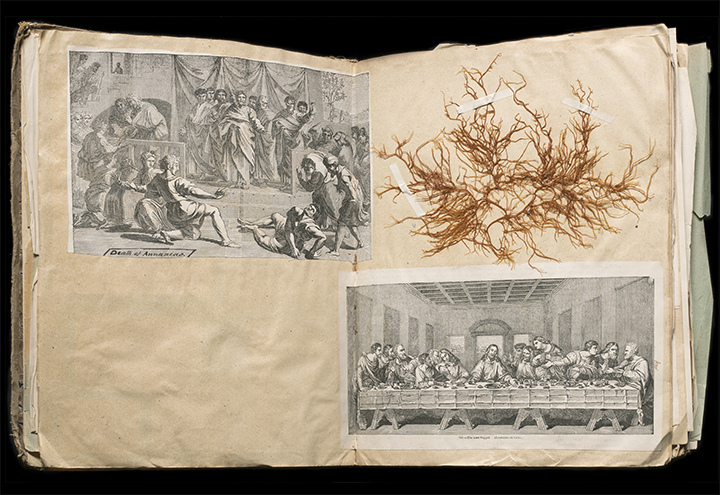 Page opening with seaweed and reproductions of the artworks The Death of Ananias by Raphael (1483–1520) and The Last Supper by Leonardo da Vinci (1452–1519) in Album of William Colenso's Personal Collection of Pressed Seaweeds … New Zealand, nla.cat-vn1173864

Colenso’s seaweed book is an enigmatic object. It is clear on studying the collection that it contains more than just seaweeds: there are sphagnum mosses from Cornwall and traded plant samples too. Some of the delicately pressed seaweeds still look quite fresh. The book also features images from stories of the New Testament, such as the Death of Ananias and the Last Supper. These Christian images of vanity, lies and betrayal are laden with symbolism and potential meaning, and hint, perhaps, at a dialogue, or a fatherly monologue to a growing son from a wary father. The presence of these images and the sexist or racist cigarette cards tucked at the very back suggest perhaps two or more book assemblers were involved. Colenso did not smoke and thought others should not. It seems possible that Wiremu, in his teens when he returned to live with his father, may have been given this book partially filled with seaweed samples and set about making it his own—cutting, pasting, and hunting for seaweeds with his knowledgeable father. 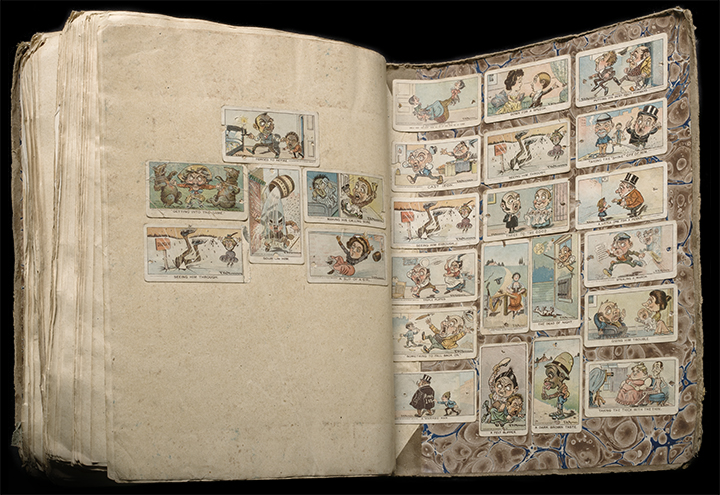 Some seaweed samples bear coded numbers and Colenso’s inscriptions and some are unnumbered and more crudely mounted. Colenso was, perhaps, trying to leave behind something instructional for Wiremu to make up for his earlier absence in the boy’s life. The book also may have been a plaything for Henry Hill’s son Howard, who may have furtively added the cigarette cards as a youth in the early twentieth century. Ultimately, Latimer, Colenso’s eldest son, received the lion’s share of his father’s heritage. ‘Latty’ wasted no time in destroying and dispersing elements of his father’s precious collections by throwing some items down a well, selling others far too cheaply and burning still others. His vengeance upon his father for the sting of shame was perhaps to erase his memory through dissipating his collections. A form of damnatio memoriae visited upon a too-proud man by his slighted son or, alternatively, an impatient younger man seeking the means to escape his past.