Helen Ennis surveys the photography of sisters Mina and May Moore

When the Moore sisters set up their photography studio in Melbourne in 1913, they had to make an important decision: would they specialise or not? They decided in the affirmative and chose portraiture as their specialisation. This was sensible in many ways as portraiture had been a staple of professional photography for several decades by then, and there was still strong ongoing demand. But their decision was not without risk. The democratisation of photography that followed the introduction of Kodak cameras meant the market was in the process of stratifying and the Moore sisters mainly operated at the upper end, working with a relatively narrow range of clients. They attracted a distinguished clientele that had standing in society—especially actors and entertainers, musicians, artists, writers and politicians. Their portraits were widely circulated and helped develop the trade in celebrity but in a way which, from a twenty-first century perspective, looks very dignified. As examples in the National Library’s collections demonstrate, there was absolutely nothing invasive or salacious in their approach. 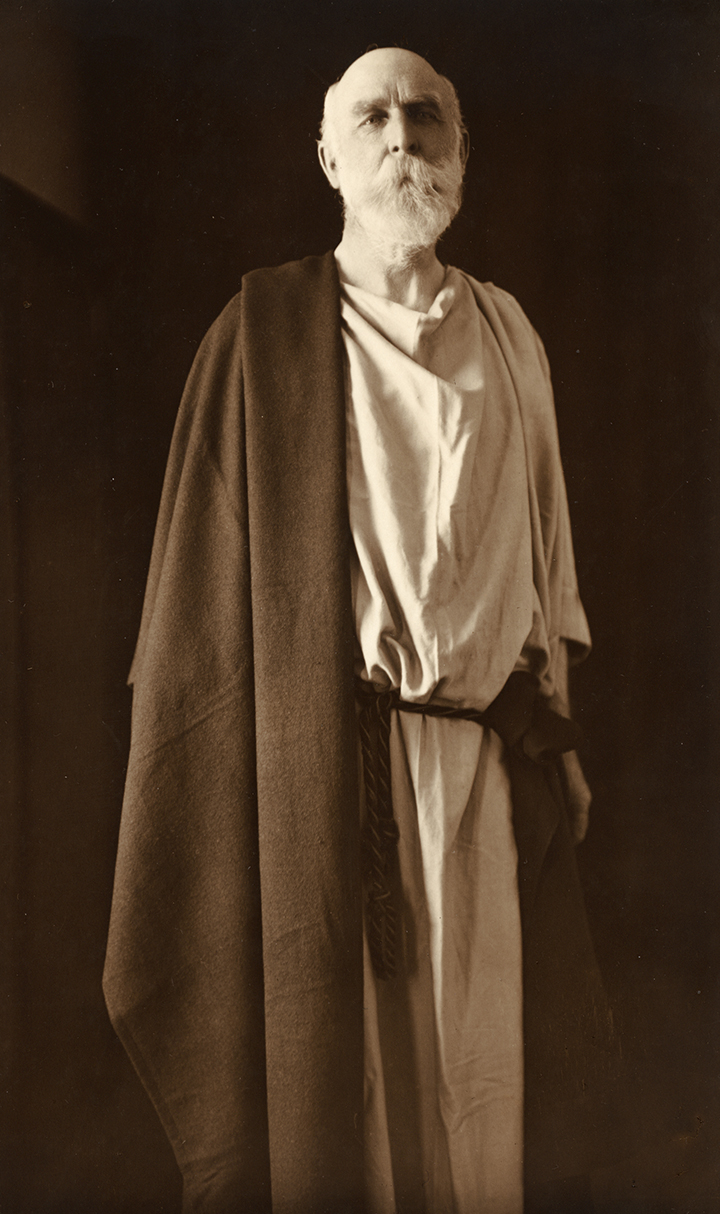 May Moore (1881–1931) and Mina Moore (1882–1957) were born in New Zealand and migrated to Australia in 1910 when they were both aged in their early twenties. They had already gained some experience as photographers and businesswomen, having run a studio in Wellington for two years. Their move across the Tasman is noteworthy, indicative of their confidence, ambition and independence. The population of Melbourne, their original destination, was three times larger than that of Wellington and they immediately had to face substantial competition with other prominent studios—operated by men. Within a very short time, however, they carved out their niche in both Melbourne and Sydney, where May moved in 1915. During the next ten years they produced thousands of portraits at their studios. The fact that the women were sisters and collaborators undoubtedly ensured their success: Mina was known for her business acumen and May has come to be regarded as the more talented photographer.

Among the Library’s holdings are fine portraits of actors and actresses who were photographed both in character and as themselves. Such photographs were commissioned either by individual actors themselves or by the theatre companies that employed them. These two kinds of commissions had a celebrity function: one was more personal in nature (actors often presented signed photographs of themselves as gifts), whereas the other was solely for the publicity. The latter photographs were usually reproduced in promotional material. 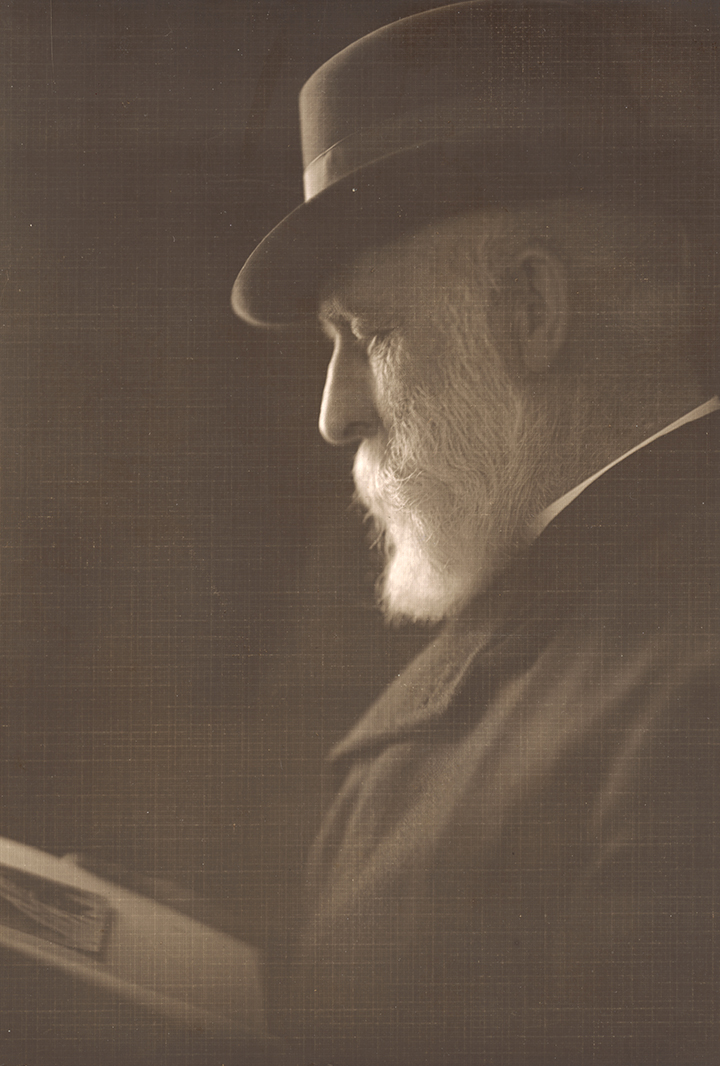 The distinguishing features of the Moores’ portraiture are not unusual for the time. They worked in the studio, with artificial, rather than natural, lighting and they eliminated extraneous detail from their compositions, preferring not to use props or accessories. This ensured that all attention is directed to the individual subject, who was always enveloped in atmospheric lighting. Their common choice of a head and shoulders view relates to traditions of honorific portraiture—the classical sculptural bust—but the sisters introduced an idiosyncratic element through their predilection for profiles, as can be seen in the portrait of actor Henry Deane. Many of their clients are photographed in three-quarter view rather than fully frontal, the angles and tilted heads a means of introducing dynamism. The Moores’ work is invariably very stylish and the tonal subtleties of the prints reward close looking.

The portraits of actors benefit from the subjects’ adeptness at performing, whether on stage or for the camera. Two such examples are of Henry Deane and an unidentified male actor, who both play to the camera. Deane is impressive in his role as Cadmus in the Bacchae tableaux, which was performed at the Melbourne Repertory Theatre Club Ball. Dressed in period costume, he stands self-assured, positioned well forward in the picture plane, asserting himself as the character he is performing rather than as himself. While Deane is the serious stage actor, another of the Moores’ clients, who apparently appeared in the very popular Australian film Dad and Dave, purposefully mucks about in the studio in a vaudevillian or comic way, adopting exaggerated gestures. These two portraits demonstrate the two main approaches adopted by the Moores: one tonally complex, the other vignetted with a preponderance of white around the subject. 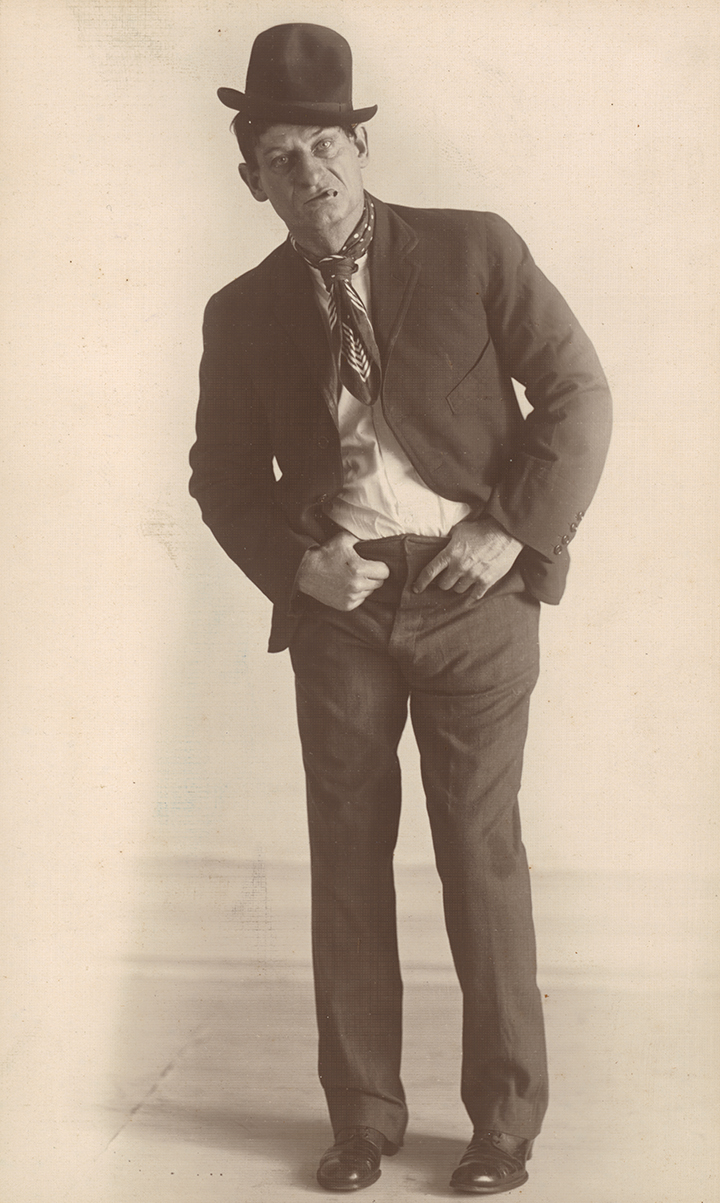 Dulcie Deamer was a fellow New Zealander, who hailed from Christchurch. She was a writer and actor, well known for her bohemianism. Her portrait by May Moore stands out in a number of respects, with the use of a bold, close-up vantage point being the most obvious. What emerges most strongly from her encounter with May, however, is the intense sense of self she projects. This relates to May’s identification with strong women and her advocacy for working women—in her Sydney studio, she made it her policy to employ only women. In Melbourne, meanwhile, Mina mixed with prominent woman artists, such as Jessie Traill. 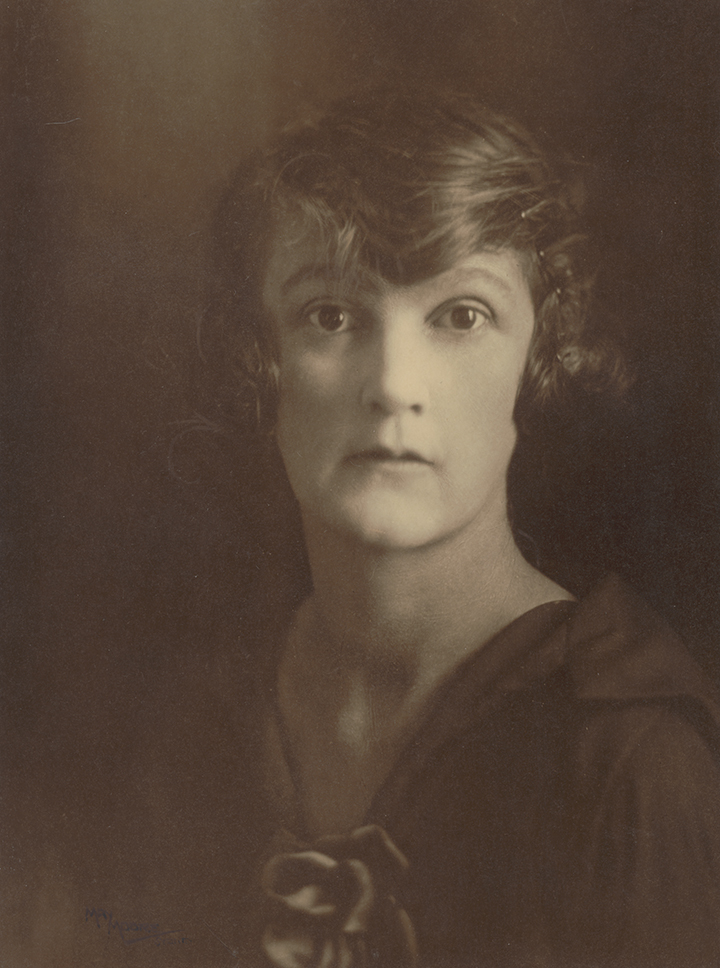 The portrait of Leon Gellert—Australian poet, journalist, editor and publisher—is also impressive for its psychological intensity. He looks directly at the camera in a far more engaged way than many other well-known subjects whose expressions are far more detached. The placement of May Moore’s signature, written in white, draws attention to her authorship and also operates as a form of promotion. 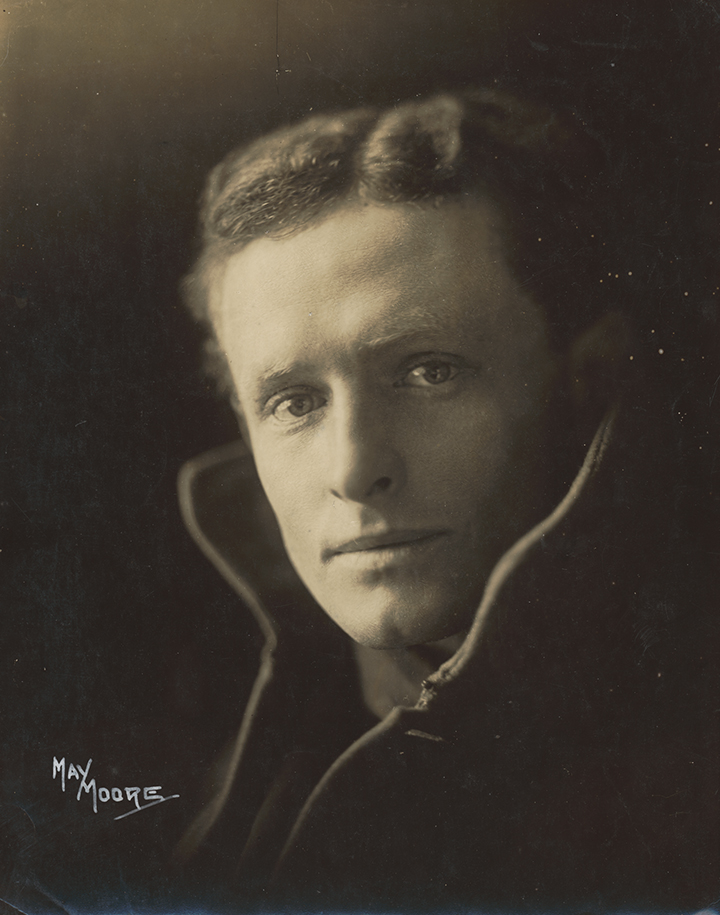 During the First World War, the Moores’ clientele base broadened as they took on the portraiture of soldiers, attending to them with the same attention as their often far more famous subjects. These portraits were treasured by families and loved ones and sometimes proved to be the last formal portraits made of servicemen who subsequently died on the battlefields.

The Moore sisters were professional photographers first and foremost and, in contrast to other early twentieth-century photographers, such as Harold Cazneaux and Cecil Bostock, they did not pursue separate practices as art photographers. They directed their energies exclusively to portraiture and mastery of it. They established their reputations contemporaneously—their work was published in Australia as early as 1909 (in Australasian Photo.Review)—and they have continued to be highly regarded, as their entry in the prestigious Australian Dictionary of Biography attests. Their portraits now have an important historical dimension, as fine examples of early twentieth-century celebrity portraiture.

Helen Ennis is Emeritus Professor at the ANU School of Art and Design. She specialises in Australian photographic history and is concerned with finding new ways of thinking, curating and writing about photographs.