Sonu: Songs from the Homeland

Italians have lived in Australia since the first English settlers arrived. Their number was small until the first half of the nineteenth century, when it increased exponentially after the First and Second world wars. They arrived, worked, and struggled. Sometimes they went back, most of the time they settled in.

The impact of the Italian community in this country has been huge, and its culture and traditions have been continued and transformed throughout the years. Italians found ways to prepare and produce the food they were used to and, of course, they sang songs and played music for their community and their families. 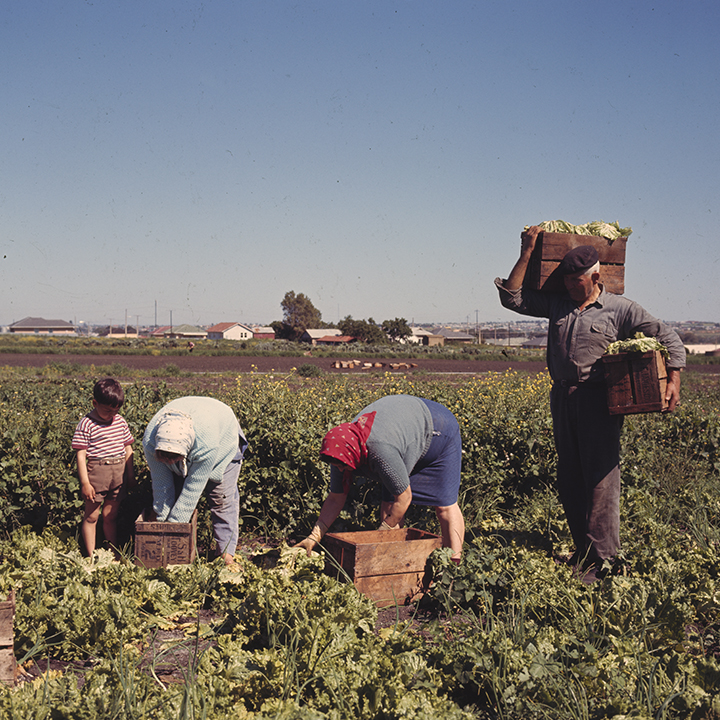 Music is a powerful tool. It helps us to remember, to connect, to share, to define who we are, to heal and to maintain our culture. For this reason it is very important to preserve musical memories and to understand how music has been part of the identity of migrant communities over time.

I was pleased to find Italian music and songs in the National Library of Australia collections during my research for the National Folk Fellowship in 2018. After an intense and satisfying study, I now believe that this archive represents one of the most important resources for Italian folk music in Australia.

The first Italian folk songs that we find in the archives are the ones collected in the 1970s by a young Peter Parkhill, a well-known ethnomusicologist and a lover of folk music from diverse communities in Australia. Many of those interviews were recorded in 1976 in Victoria, mainly in Melbourne, where Parkhill used to live. His recordings are beautiful and include, among other genres, satirical and devotional songs, dance music, ballads and lullabies. Most recordings were made with Italians from the southern part of the peninsula. He interviewed Antonio Marotta, for example, from the town of Viggiano (in the Basilicata region) and, from the same town, the Paolacci family. They both sang many songs (a cappella and with the mouth organ), revealing an interesting and rare repertoire. Among the recordings at the Paolacci home arises the beautiful and sad voice of Lucia Paolacci, singing a ballad and a slow lullaby, which keeps resonating in my mind. 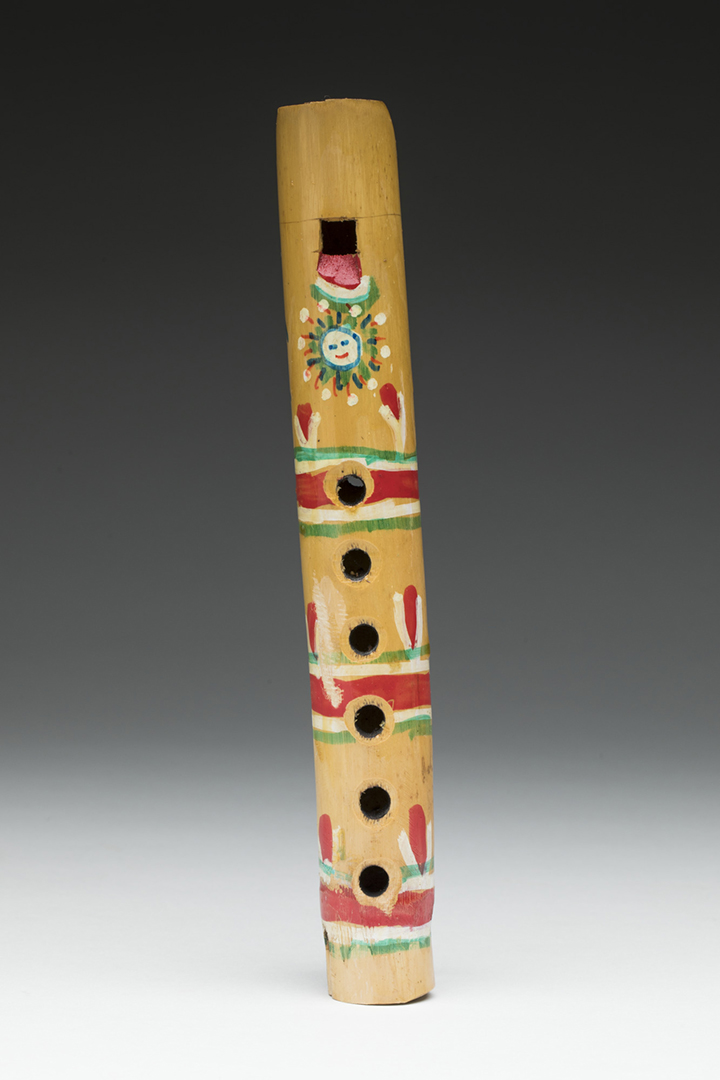 Unfortunately, there are no recordings of the life stories of the interviewees, so we do not know much about them. However, in 2000, Peter Parkhill went to Brisbane to meet with Joe (Giuseppe) Castellana, born in 1938, a traditional friscaletto player well known in the Italian communities throughout Australia. Also known now as ‘The King of the Zufolo’, Joe arrived in Queensland in 1958 with his cane flute and a small bag from Sicily. He was ready to conquer the country with his music but he soon realised that was harder than he thought. He started working in the sugar cane fields around Ingham for 15 years before commuting to Brisbane, but music was always there for him. Parkhill’s interview with Castellana—along with successive interviews conducted by Rob Willis—collected the life story and the repertoire of a man that preserves songs and the style of a very ancient musical instrument.

Many of the recordings of Italians preserved at the Library are the ones Rob Willis has made over the past twenty years. Among them are interviews with Rocco Delfino in Adelaide, a great button accordion player from Calabria. Rocco learned at a very young age to play the different tarantellas from his area. He knew all the nuances of this genre, not only on the organetto (a small diatonic button accordion), but also with the triangle and the tambourine. He also knew how to dance and passed his knowledge and the love for the tradition to his daughter and his grandchildren, who still keep it alive. 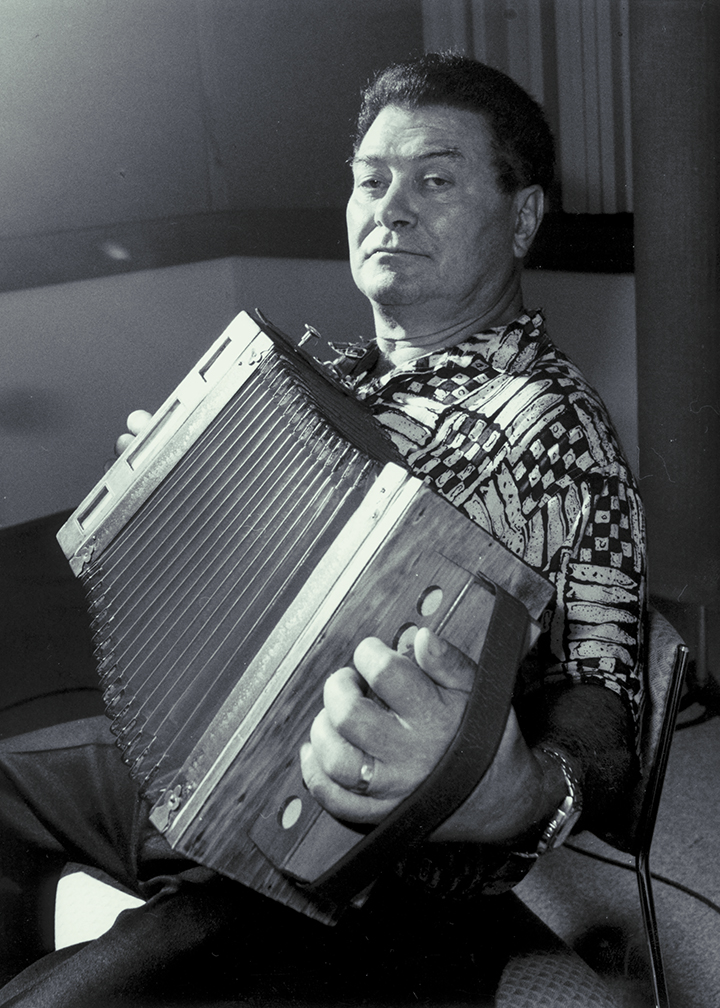 Henk Brusse, Portrait of Peter (Rocco) Delfino during an Oral History Recording at the National Library of Australia, 1999, nla.cat-vn2870216

Willis has also recorded the de Bortoli family, a musical family of tobacco growers who settled around Texas (Queensland) at the beginning of the twentieth century. Listening to the voices of Lucia de Bortoli and her family warmed my heart. Their stories represent not only the reality of early Italian migration, but also the image of transcultural music in modern Australia. Their vast repertoire covers from traditional central-northern Italian songs to early mainland Italian pop, ballo liscio and hillbilly music. Their songs are evidence of how diaspora music is far from frozen in time; instead, it transforms, evolves and responds to arising needs. Lucia loves to sing. She sang many songs to Rob, like ‘Mamma Mia Dammi Cento Lire’, a well-known migration song about the Americas that she adapted to her own experience:

The De Bortolis never went back to Italy, but they still sing tunes learned from their family, and from friends’ records, and they have been entertaining their community and the tobacco workers for years. 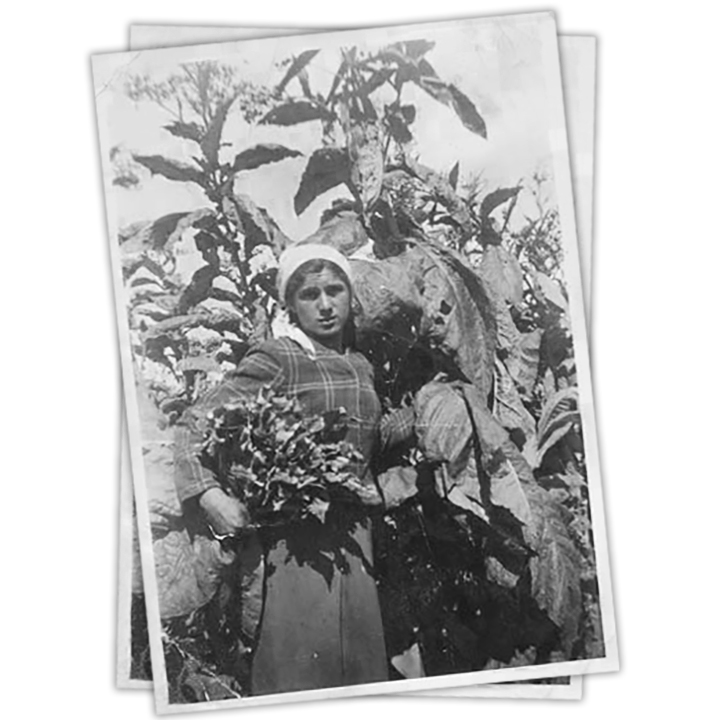 We can hear Italian children’s songs in the recording that Gwenda Davey made for the Australian Children’s Folklore Collection. In 1978, for example, Davey interviewed Maria Puddu, who, with her soft and clear voice, sang many nursery rhymes, lullabies, tongue twisters and skipping and jumping rhymes like this one:

My first interview for the Library was with Angelo and Dora Marchese, a charming couple from Basilicata. Born in 1934 and 1937, they have been playing together since they were young children. They even went to ‘music school’ together, learning accordion and mandolin from Marco, a bricklayer from the town of Lauria. When Dora migrated to Melbourne in 1958, she did not wait long to invite Angelo and marry him in the new country. Their love for Neapolitan old songs and barbershop music (polkas, waltzes, mazurkas and tangos) bonded them; they play together at home after a traditional meal cooked with wisdom by Dora and a glass of homemade red wine made by Angelo.

The value of recordings like these is critical for many different reasons. They are testimony to a rich and diverse repertoire preserved, adapted and transmitted in the diaspora, most of which is still waiting to be revealed. These recordings document how migrants adjusted to their new environment and managed to preserve their culture through music. They also suggest that we need to revise the general understanding of Australian folk music to reflect and include the multicultural heritage that composes our country.

Dr Salvatore Rossano is an ethnomusicologist and musician. He is an adjunct research fellow at Monash University and was the 2018 Folk Fellow, supported by the National Library and the National Folk Festival. As part of his fellowship, Rossano arranged some of the songs in the Library’s collections and recorded them with his band Santa Taranta on an album called Sonu: Songs from the Homeland. Since the end of 2017, he has made more than 20 recordings with Italian migrants for inclusion in the Library’s oral history collection.