Stories in an Exhibition

Many of us cherish the books we read and enjoyed as children. Books have always held a special place in my heart. I have strong memories of discovering many wonderful picture books in the library at my primary school, and my love for books and libraries has stayed with me into adulthood. Our class would sit on the large serpent-shaped beanbag (in hindsight, it was probably a rainbow serpent) and listen as teachers introduced us to books by Emily Rodda, Jeannie Baker and others. Little did I know that some 20 years later I would be working at the National Library and given the opportunity to curate an exhibition about Australian children’s literature. As curator of Story Time, I had the enviable but difficult task of selecting items for display, choosing children’s books and associated materials to assemble a show that tells audiences about—and celebrates—the literature we have created for the young. Along the way, I learnt a lot about the genre and about the National Library’s holdings.

Inside Cover and Title Page of A Mother’s Offering to Her Children by Charlotte Waring Atkinson (Sydney: George Evans, 1841), nla.cat-vn777812 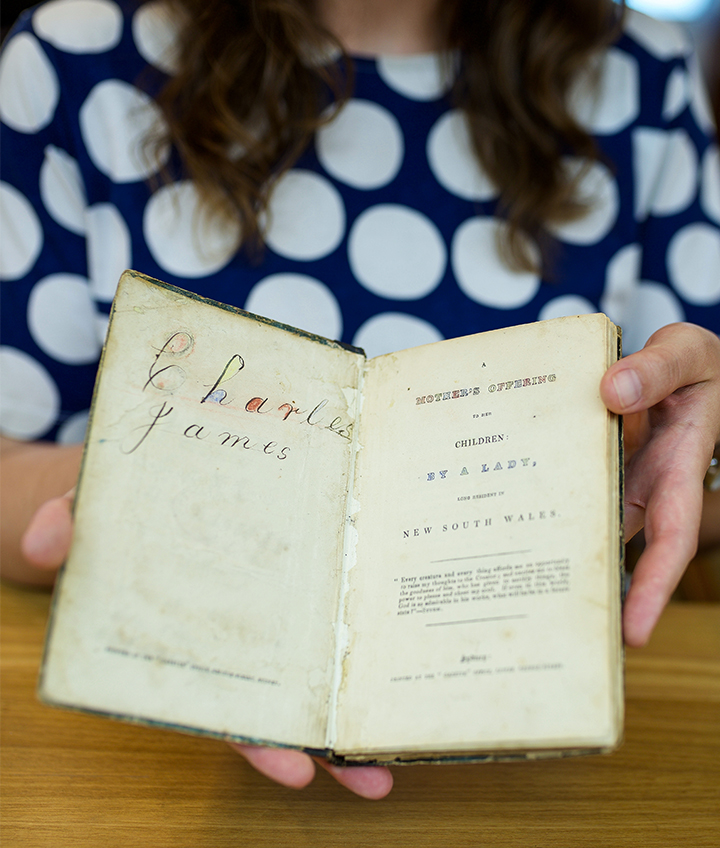 Inside Cover and Title Page of A Mother’s Offering to Her Children by Charlotte Waring Atkinson (Sydney: George Evans, 1841), nla.cat-vn777812

Story Time: Australian Children’s Literature features an extensive range of materials from the National Library’s collections dating from the colonial period through to the present day. In all, there are more than 250 items on display, though could easily have included double, triple or four times that number if space was not an issue. Developed in association with the National Centre for Australian Children’s Literature, the exhibition includes almost 50 items from their collection as well as objects from other significant collections and private loans. The items selected take audiences on a journey through our history of children’s literature and across time and place—real and imagined. The journey is not chronological, nor does it include every book published (that would be impossible), as the content reflects collection strengths. The exhibition, I hope, will appeal to anyone who has experience the magic of these stories or would like to.

The National Library’s children’s literature collections include thousands of books and other related materials. These include formed collections, namely the Marcie Muir and Kerry White collections, translations and different editions of books. Delving into these collections for the exhibition provided an opportunity to discover the children’s literature treasures firsthand, finding books, ephemera, pictures, manuscripts, oral history recordings and educational kits. This variety reflects the diverse collections held by the Library and other institutions. These other materials remind us that although books are the primary means of engaging with the stories, we also connect with them through merchandise and in other formats, such as theatre productions and films. (I still have the badge my grandpa bought when I saw Possum Magic: The Musical in the 1990s, and I was delighted to find another one in Mem Fox’s papers.) Drawing on other significant collections, has provided a wealth of potential material for the exhibition and led to some difficult decisions about what to include. 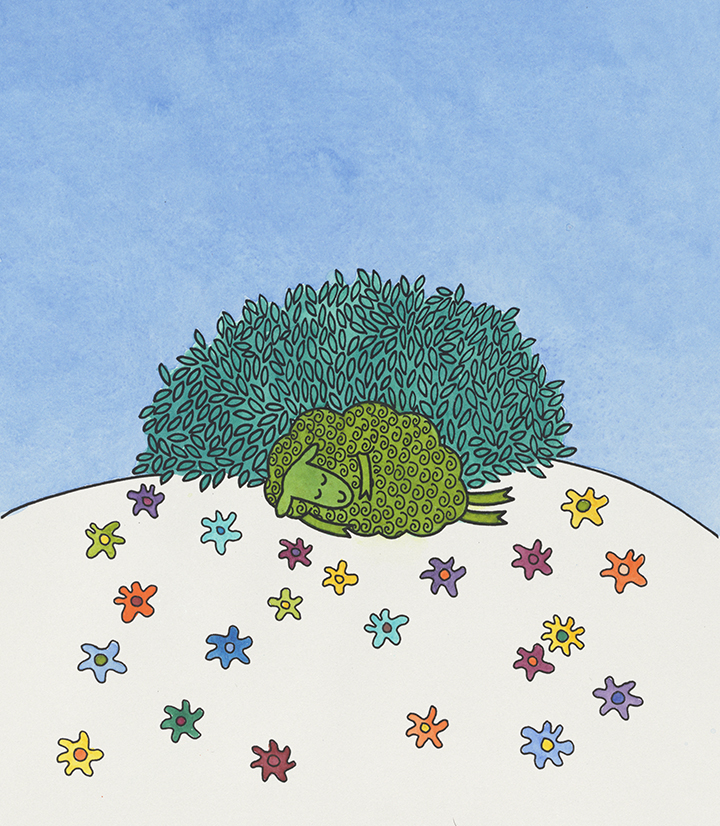 As I immersed myself in the world of Australian children’s literature, I was reacquainted with some much-loved books from my childhood and adolescence. These included Graeme Base’s The Eleventh Hour (1988) and Melina Marchetta’s Looking for Alibrandi (1992). I was not expecting to discover so many authors and illustrators whose books were published either before or after my youth in the 1990s and early 2000s. These included illustrator Margaret Horder, as well as authors Joan Phipson, Patricia Wrightson and Ivan Southall. Aside from a memory of being read Southall’s Ash Road (1965) by a teacher in primary school, I knew little about these writers and their works, and so it has been a wonderful journey of discovery for me in many ways. More recent books such as Mem Fox and Judy Horacek’s Where Is the Green Sheep? (2004) and Sophie Beer’s Love Makes a Family (2018) were also delights to read for the first time.

This deep dive also made me aware of common themes that I had not appreciated previously. The living, ancient knowledge of Australian First Nations peoples, referred to as the Dreaming, is another important theme explored in Australian children’s literature. Many children’s books have drawn on the Dreaming stories, and increasingly these books are created by First Nations peoples and published in Indigenous Australian languages. A highlight of the exhibition is a display of all 14 illustrations for The Rainbow Serpent (1975), by Dick Goobalathaldin Roughsey. It is one of the best-known books inspired by Dreaming traditions and one that many remember from their youth.

Another common theme in children’s literature is books exploring family life, friendships and identity. Children develop their sense of self through relationships with friends and families, so it makes sense that these would feature prominently in stories that explore the process of growing up and finding a place in the world. Australia has produced numerous tales exploring these universal ideas. Often grappling with complex themes, these books remind us of the joys and trials of childhood and of the diversity that exists within Australia. Works by Bob Graham, including Max (2000) and Silver Buttons (2013) celebrate family life, whereas Shaun Tan’s illustrations for his wordless The Arrival (2006) evocatively capture the isolation and confusion faced by many migrants. 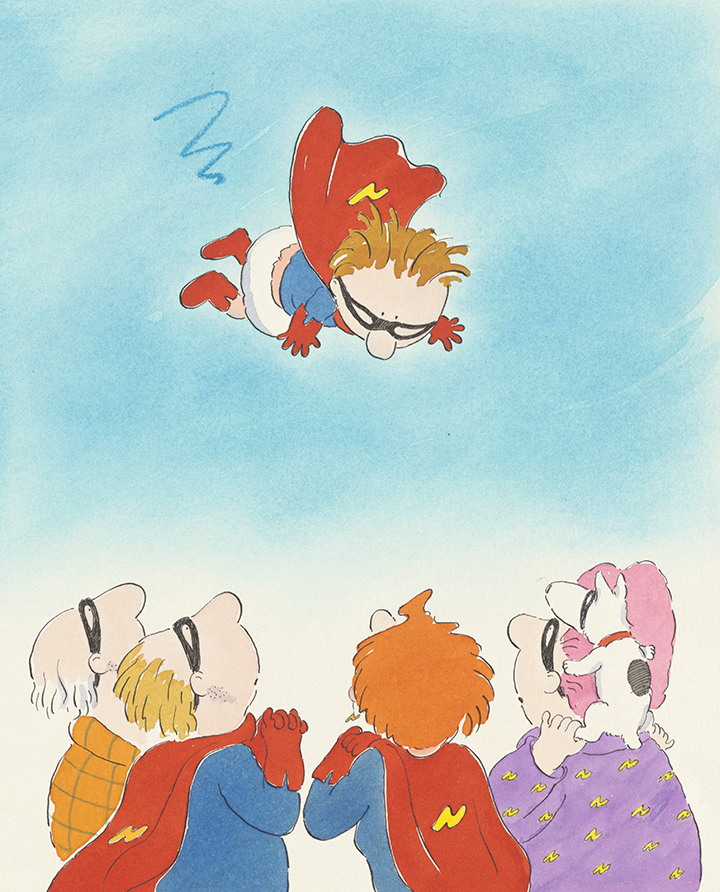 We all love to laugh and children giggle a lot more than adults, explaining why humour is a popular topic in children’s literature. From Cole’s Funny Picture Book series (which first appeared in 1879) to the extensive list of amusing books by Andy Griffiths, Terry Denton and Jackie French, fun and humour are used as tools to encourage a love of reading and to explore and explain the world to young readers. Who better than Leigh Hobbs’ Mr Chicken to introduce Australian readers to Paris, in Mr Chicken Goes to Paris (2009)? These books inspire a playful and open mind, not to mention the pure joy that can come from sitting down with a funny, silly or absurd story and sharing a chuckle.

Engagement with the environment and the animal world is another persistent feature of Australian children’s literature. It is not new, explored in books such as Ethel Pedley’s Dot and the Kangaroo (1899) and in Dorothy Wall’s stories about Blinky Bill from the 1930s. While in many cases, stories celebrate our natural world and its inhabitants, they often include messages about animal welfare and environmentalism, introducing at an early age the importance of caring for our planet and its ecosystems. Some feature animals who share the trials and tribulations of humans, while others highlight special bonds between people, animals and the environment. 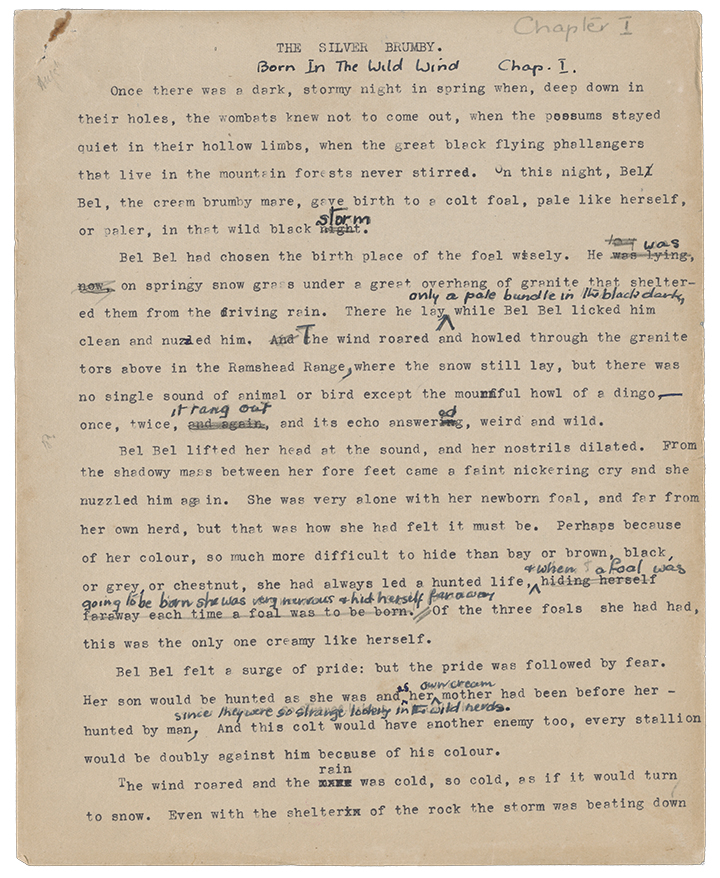 Imagination can take us anywhere and as such it has inspired countless children’s books that push the boundaries of reality (and many more that crash right through into the purely make-believe). Many children live happily in a world of make-believe—an existence some adults would relish, and which many still enthusiastically inhabit every time they crack the covers of a new novel. Authors and illustrators of children’s books bring imaginary and distorted worlds to life, creating works inhabited by curious creatures and magical beings. These include fairy tales and fantasy books, as well as those that add a bit of magic into an everyday story and encourage us to believe that anything is possible. Illustrations, books and ephemera featuring the artwork of Ida Rentoul Outhwaite, best known for her fairy illustrations, remind us of our long preoccupation with this subgenre. In Story Time, this array includes the publisher’s prospectus for Fairyland of Ida Rentoul Outhwaite (1926), from the formed collection of bibliographer Sir John Alexander Ferguson, which includes many treasures of Australian children’s literature.

Many children crave adventure, whether travelling long distances or simply playing outdoors. From the escapades of Banjo Paterson’s overconfident cyclist in the picture-book version of Mulga Bill’s Bicycle (1973) to Alison Lester’s stories about journeys around Australia and to Antarctica in Are We There Yet? (2004) and Sophie Scott Goes South (2012), we—and our children—have journeyed vicariously to places we might never be able to visit in real life. Some adventure stories revolve around the silly antics of adults and magical creatures, whereas others explore children’s journeys and those of real and imagined beings. Many of these are fun, including Norman Lindsay’s The Magic Pudding (1918), the subject of a large display in Story Time. Others are scary and unnerving, such as those featured in Ivan Southall’s disaster novels of the 1960s and, more recently, in John Marsden’s Tomorrow series—a series I, and thousands of others, devoured in my adolescence.

Publisher's Brochure for The Magic Pudding: Being the Adventures of Bunyip Bluegum by Norman Lindsay, (Sydney: Angus & Robertson, 1918), nla.cat-vn1274760, Courtesy H., C. and A. Glad 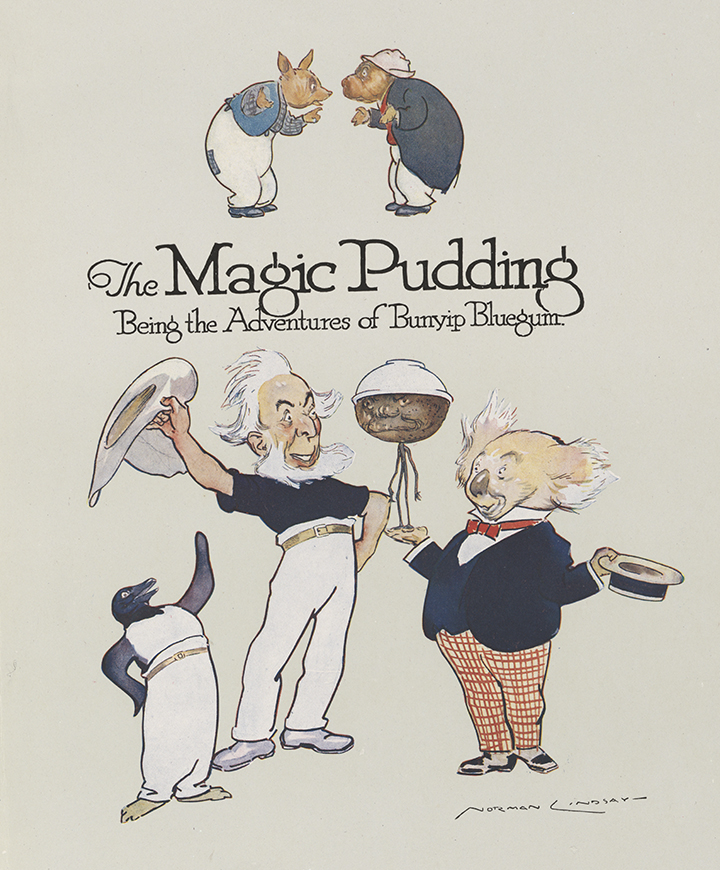 Publisher's Brochure for The Magic Pudding: Being the Adventures of Bunyip Bluegum by Norman Lindsay, (Sydney: Angus & Robertson, 1918), nla.cat-vn1274760, Courtesy H., C. and A. Glad

During my research for the Story Time exhibition, I had the privilege of looking at many Australian children’s books and associated collections. On a personal level, it took many trips down memory lane as I rediscovered books from my youth, taking me back to memories of my primary school library and the adults who fostered my love of reading. This time around I saw the books through the eyes of a grown-up. I appreciated the thought and time that went into creating them, and how much the stories had helped me to navigate my way through childhood and adolescence. I found myself more interested in the sorts of books I studied at school, appreciating why teachers select stories like Christobel Mattingley and Elizabeth Honey’s No Gun for Asmir (1993) for classroom reading. Amusing books including Hazel Edwards and Deborah Niland’s There's a Hippopotamus on Our Roof Eating Cake (1980) reminded me of how necessary play and imagination are throughout our lives The exhibition includes some of our best-known books as well as those that might not be familiar, but are nonetheless important parts of our literary history. Perhaps you will find your favourite Australian children’s book in the exhibition and relive memories of it. If not, then maybe you will discover a new one.

Dr Grace Blakeley-Carroll is curator of Story Time: Australian Children’s Literature and a member of the Library’s exhibitions team.