The Agony of Break of Gauge

The Agony of Break of Gauge

Tim Fischer sheds light on an oddity of Australian railways

This was the wise mantra of Bernie Greene, fireman on the streamlined S Class locomotives that hauled the Spirit of Progress, the famous express train that made the 307-kilometre run between Melbourne and Albury. For some, the Spirit was known as the ‘Commissioner’s Train’. In its heyday, it was one of the best trains in the world. 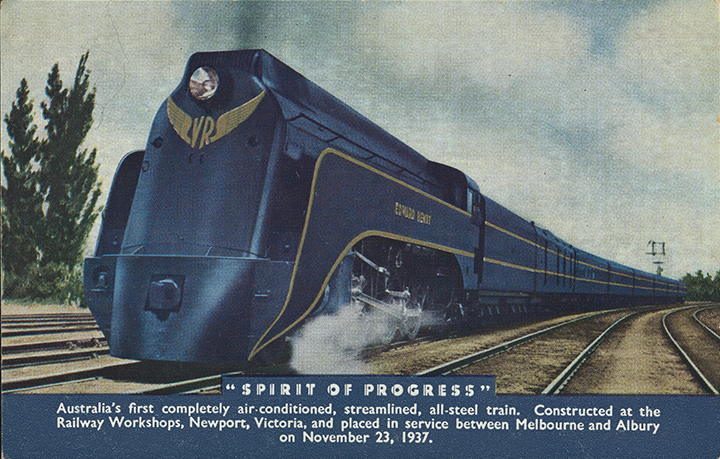 Albury Railway Station opened in 1881 with the arrival of the main line from Sydney. Two years later, the Victorian Irish broad gauge was built across the Murray River. At last, a rail connection was made between Australia’s largest two cities, Sydney and Melbourne, thereby creating the famous ‘break of gauge’ on the New South Wales–Victorian border that existed for the following 80 years. From 1883 until 1962, all through-rail passengers between Sydney and Melbourne had to change at Albury, across the long platform. New South Wales trains operated on the eastern side and Victorian trains, including the Spirit of Progress, on the western side.

The ‘break of gauge’ at the New South Wales–Victoria border was finally eliminated in 1962, when a single-track standard-gauge line was built between Albury and Melbourne, on the eastern side of the broad-gauge track. Given that Australia had developed so many gauges over its 16 decades of rail operation, ‘break of gauge’ still existed elsewhere for many years and critically affected economic growth. 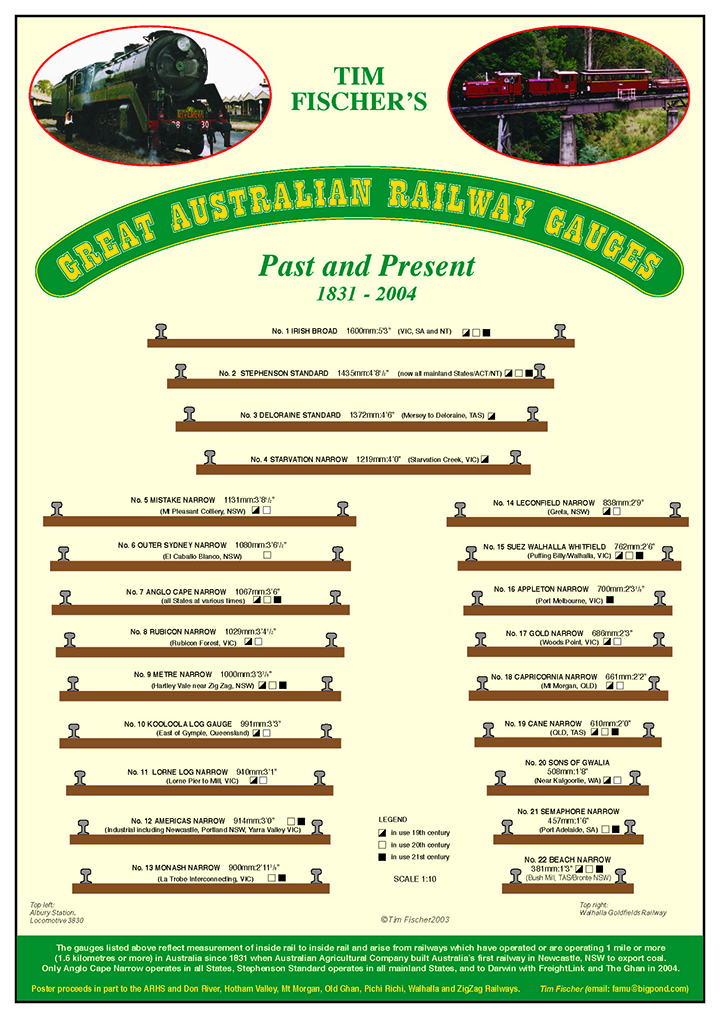 In part, the ‘break of gauge’ fiasco was a matter of poor timing. If the railways had arrived in Australia a few decades earlier than when they did in the 1850s, the Colonial Secretary, Earl Grey, might well have ruled absolutely that a continent as large as Australia should have just one railway gauge. Or, had they not arrived until a few decades later, around the time of Federation, the chances are that just one gauge would also have applied. Unfortunately, the railways arrived in earnest at a time when the colonies were gaining more formal separate status. The various ‘gold rushes’, with the jealously guarded uplift for a colony’s economy and population that inevitably followed, combined with an unfortunate lack of communication, resulted in the agony of the ‘break of gauge’ phenomenon, which led to the development of some 22 gauges in Australia, with some five of these operating significant distances to this day.

This edited extract first appeared in Steam Australia: Locomotives that Galvanised the Nation by Tim Fischer, released by NLA Publishing in November 2018. Steam Australia was inspired by the Buckland Collection, held at the National Library of Australia. Bequeathed in 1989 by John Leonard Buckland (1915–1989), the collection contains a vast range of photographs, papers, maps, diagrams, memorabilia and books relating to railways.

Former deputy prime minister Tim Fischer has maintained a deep interest in transport issues since travelling to boarding school by steam and diesel trains five decades ago. He served as the transport officer of 1RAR and on many parliamentary committees relating to rail and general transport issues.