The War on Terror

Australia’s military involvement in Afghanistan began in late 2001 and there is no end in sight: as recently as January 2019, the Minister for Foreign Affairs, Marise Payne, said ‘there is more to do’ in Afghanistan and cautioned key partners against ‘chang[ing] directions at this point of time’. Almost 20 years on, it’s worth reminding ourselves how we came to be involved in Afghanistan and why we are still engaged in what is now our longest war.

The story begins in a somewhat surprising way. After the September 11 attacks on the United States in 2001, President George Bush declared a war on terror and Prime Minister John Howard committed Australia to assist, citing the ANZUS Treaty. Most Australians had long expected that if ANZUS were ever to be invoked at all, it would be the US coming to our assistance, not vice versa. 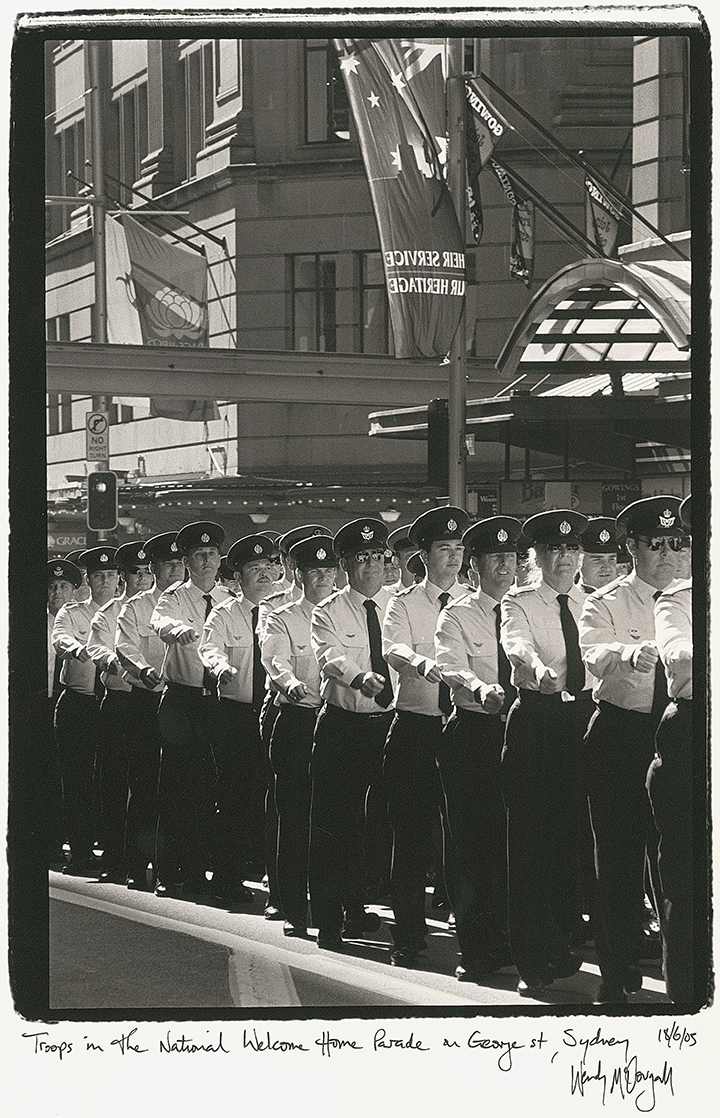 Australian special forces were soon in Afghanistan alongside US and coalition counterparts. Their task was to dismantle al-Qaeda and deny it the havens from which the September 11 attacks had sprung by removing the Taliban from power. These efforts were successful and our special forces were withdrawn in 2002. But from 2003, the Taliban mounted an increasingly bitter insurgency and in response the Australian Government decided to make a renewed commitment. In 2005, it deployed a Special Operations Task Group and in 2006 it sent conventional forces to support Netherlands reconstruction operations in the southern province of Uruzgan. Australian forces remained in Uruzgan until late 2013, first as junior partner to the Dutch, then to the US, and finally as lead nation. On withdrawal from Uruzgan, the Australian Defence Force (ADF) shifted to ‘train, advise, assist’ operations in support of the Afghan National Security and Defence Forces. Today, around 300 ADF personnel are deployed in Afghanistan as part of Defence’s Operation HIGHROAD.

While Australia’s national objectives in Afghanistan have been consistent—to support our US alliance interests and to fight terrorism—the language used to describe them has changed over time. The initial emphasis on support to the US soon broadened, with successive governments arguing that Australia’s security is enhanced by denying al-Qaeda and other extremist groups a haven in Afghanistan. From 2005, security was increasingly linked to development, with ministers making the case that denying sanctuaries was best done by helping to build a more secure and democratic Afghanistan. From 2008 to 2013, the focus was on Australia’s role in Uruzgan, particularly in training and mentoring the Afghan 4th Brigade. Most recently, the Foreign Minister has spoken about ‘Australia’s commitment to helping the Afghan people chart a course towards peace and a more secure and prosperous future’. 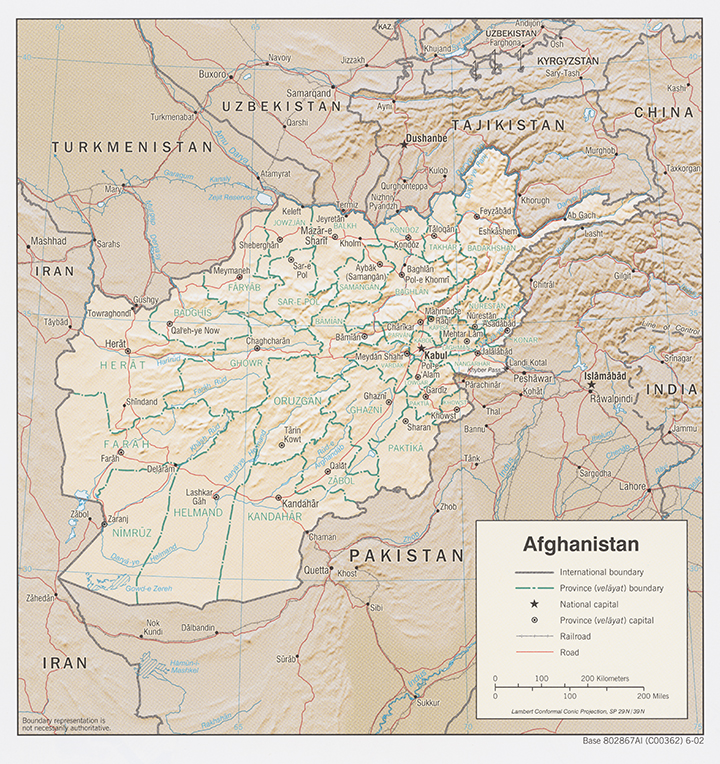 Reflecting these changes in emphasis, the shape and size of the ADF’s contribution varied considerably. In addition to special forces, deployments included conventional combat forces structured as reconstruction and mentoring task forces, artillery, helicopters, surveillance and target acquisition aircraft, a Royal Australian Air Force control and reporting unit, and personnel embedded within coalition units. These were supported by command and control and logistic elements inside Afghanistan and in the wider Middle East. RAAF C130 Hercules and P3 Orion aircraft and ships of the Royal Australian Navy also supported the war on terror from outside Afghanistan. At the peak of operations, almost 3,000 ADF personnel and Defence civilians were assigned to the operation at any one time. In the period to 2014, more than 26,000 Army personnel served in Afghanistan. 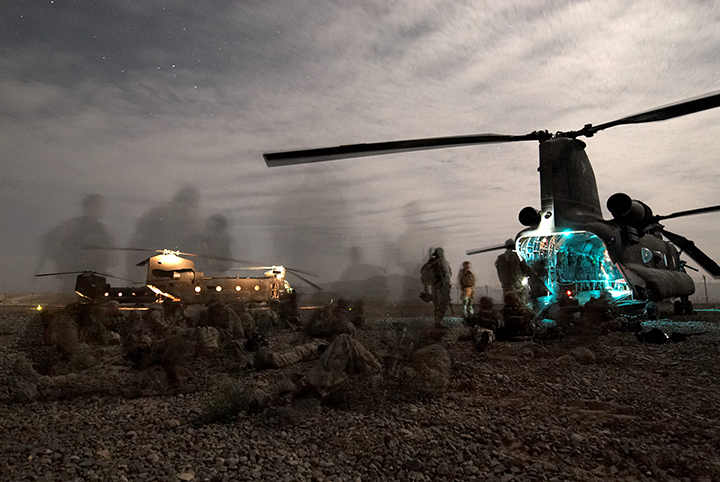 As Australia’s military contribution changed, so too did the contribution of other government agencies. Prior to 2006, Australia had no non-military representation in Afghanistan, but in that year opened its first embassy in Kabul. Thereafter, Australian diplomatic, policing, and civil aid staff numbers grew, reflecting recognition of the need for a stronger whole of government presence and acceptance of higher levels of risk to civilian personnel.

These deployments involved significant cost: 41 Australians lost their lives, more than 260 were wounded and many more injured. The economic cost of military and aid operations is already estimated at more than $8 billion and continues to grow. This does not include the ongoing cost of caring for our Afghanistan veterans.

It is too early yet to judge the legacy of our Afghanistan experience. Certainly, our alliance with the United States has been buttressed and our stocks with senior Americans have seldom been higher. Yet suggestions that the present administration might downsize US forces in Afghanistan create potential for discord and have led some Australian commentators to call for the alliance to be re-evaluated. 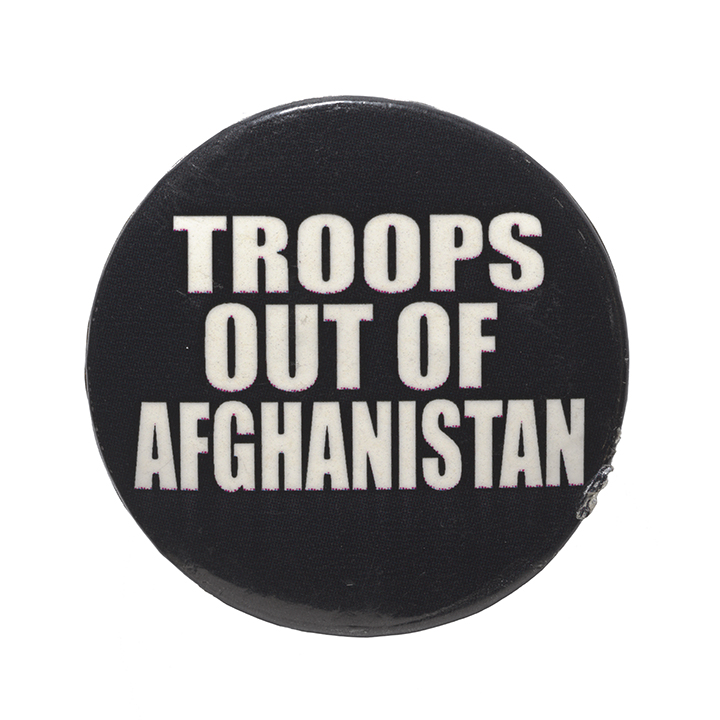 'Troops Out Of Afghanistan' Badge, in Afghan War: Ephemera Material Collected by the National Library of Australia, nla.cat-vn7011762

The ADF has learned a great deal in Afghanistan and now has the largest base of combat experience in its ranks since the Vietnam War. But it is sensible for Australia to continue to prepare for all potential future conflict, not merely to re-fight Afghanistan.

Forty-one families have lost loved ones and endure that loss every day; the wounded and injured and their families continue to manage varying degrees of disability. We now have the responsibility to sustain our support to them for as long as they need it. It is a positive sign that, in a break with tradition, the Australian War Memorial opened its Afghanistan exhibition before the conflict ended as a step towards reassuring those involved that their service is valued.

As to what difference we have made in Afghanistan itself, only time will tell. While we worked in Uruzgan, important advances were made in security, health, education and infrastructure, but by some accounts many of these gains have been eroded since our departure. Looking forward, our challenge is to find practical ways to secure our national interests without seeking to re-create Afghanistan in our own image. That may take some time yet.

MAJGEN Michael Crane DSC and Bar, AM served in the Australian Army for more than 35 years. He held several senior staff appointments directing Australian and US operations in the Middle East, and twice commanded Joint Task Force 633 on Operation Slipper.

The War on Terror
Michael Crane