These Tales of the Bush and Its Ways

I am in a state of semi-starvation for want of news. We might as well be on a desert island as here for all we know of the doings of the rest of the world or even of our own family … So ‘Pity the sorrows of the forlorn & shipwrecked sister’ & please write me a nice long letter straight off before you forget it, and let me be in earnest of more to come hereafter & yr petitioner as in duty bound will ever pray &ct &ct. 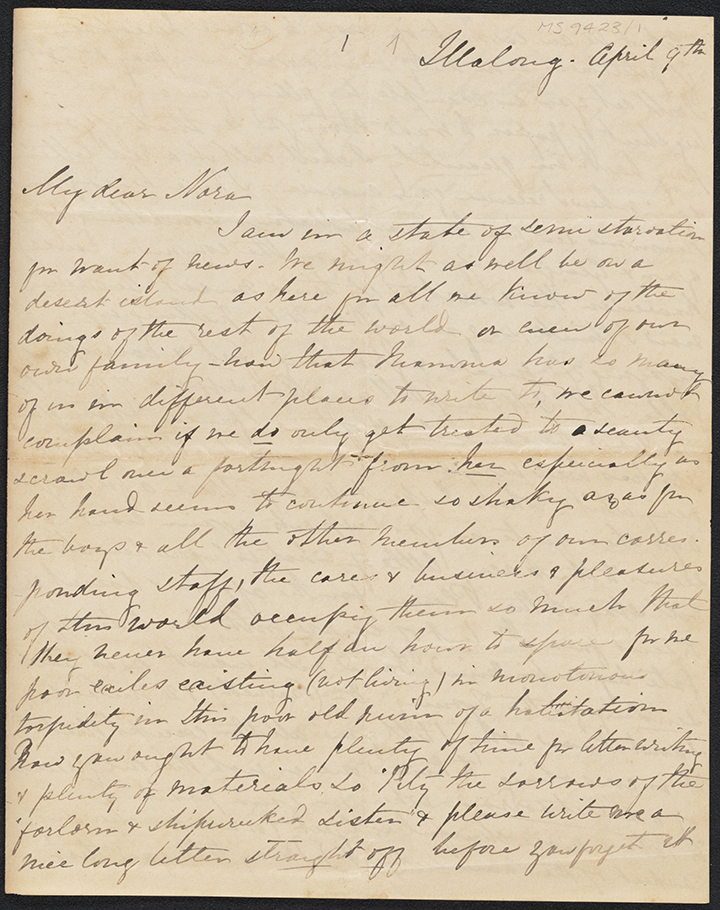 The essence of Rose Paterson’s character lives in these lines, written in a dilapidated farm-house at Illalong, north of Yass, and sent to her sister Nora in south-east Queensland. The humorous tone of her plea is characteristic of Rose’s ability to make the best of the hard physical and emotional demands she experienced in her adult life.

Most readers will be introduced to Rose Paterson by reading the poems and stories written by her son, Andrew Barton ‘Banjo’ Paterson. But so subtle are the references that readers may not realise they have made her acquaintance. She is there in his turn of phrase, his sense of humour, his resilient spirit and in some rare direct references to her as she was in his childhood. Writing down his recollections of early life in the bush in Illalong Children, Banjo Paterson remembered his parents working so hard in their daily routine on the station that he looked for other company and amused himself for hours in the men’s hut or out on his horse: ‘My father was away from home a lot, looking after our Queensland place, and my mother was busy from daylight till dark with household work’.

One striking incident he remembered about Rose concerned her preparations for self-defence when all the men were away from home. A ‘particularly villainous character’ turned up at dusk one evening asking for a place to sleep and some tucker.

I remember my mother loading a gun (muzzle loader) in the sitting room … Putting the hammer down, she let it slip and the gun went off with a frightful bang bringing down a shower of whitewash from the calico ceiling and scaring the life out of a family of possums who lived up in the beams … I suppose the stranger must have heard the shot down in the travellers’ hut, for he was very civil when he came along in the morning to draw his meat, tea and sugar. 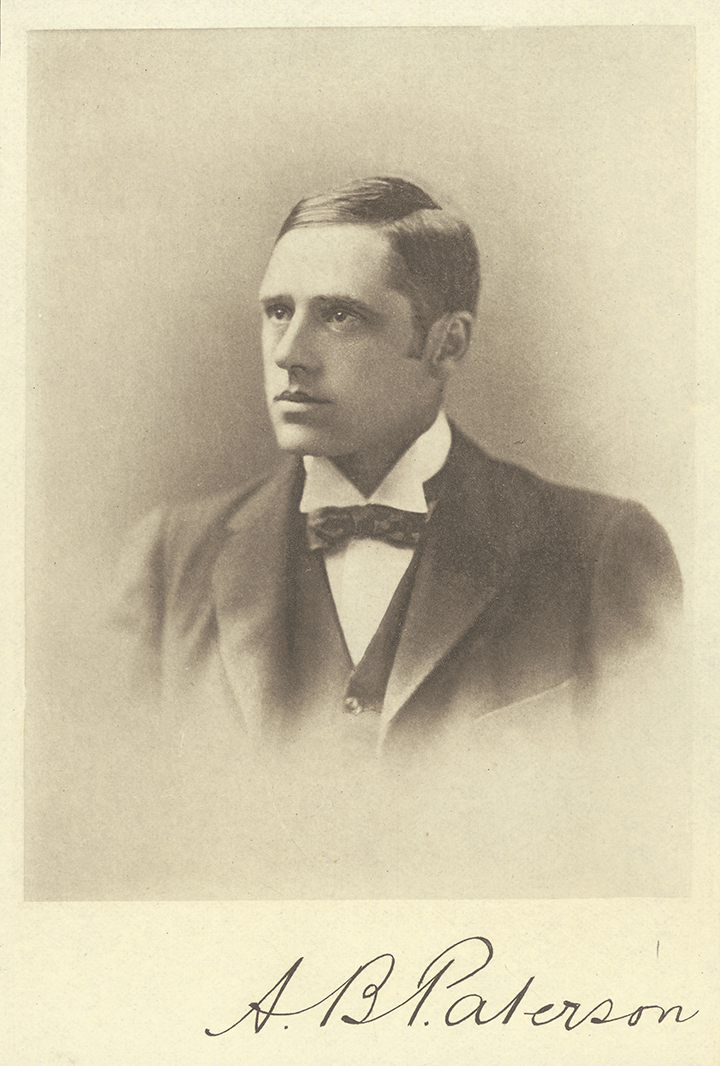 Rose’s parenting philosophy of ‘a little judicious neglect’ meant that Banjo developed deep connections to the natural environment and the station’s colourful itinerant farm workers. Banjo’s Illalong Children is a warm-hearted counterfoil to Rose’s version of life. It has all the boundless optimism of youth, while Rose writes from a position of mature responsibility. In many ways, the two pieces of writing balance each other, and Illalong Children is the symbolic literary gift from mother to son.

Rose’s letters, however, are a valuable document in their own right. They provide a rare insight into the intimate lives of women of the late nineteenth century in rural Australia. In a sequence of letters over a 15-year period, there are frank descriptions of medical procedures including childbirth, shrewd and witty caricatures of district characters, and unfolding concerns about educating a large family and making ends meet.

The seemingly unending cycle of pregnancy and childbirth that accompanied marriage was a blessing and a burden for Rose, as it was for most women of her generation. Fear of the risks of childbirth are expressed in her letters to Nora and she often refers to the sufferings of others to keep her own and Nora’s experiences on the spectrum of shared struggles:

You are lucky, all things consider’d, to have done as well as you have; your fellow sufferers, R. Poulton & Fanny, have each been very ill, & Mrs C. Brigstock, who was confined in Yass on the 4th of December, lost her baby a fortnight afterwards & then got milk fever & was dangerously ill for some time. 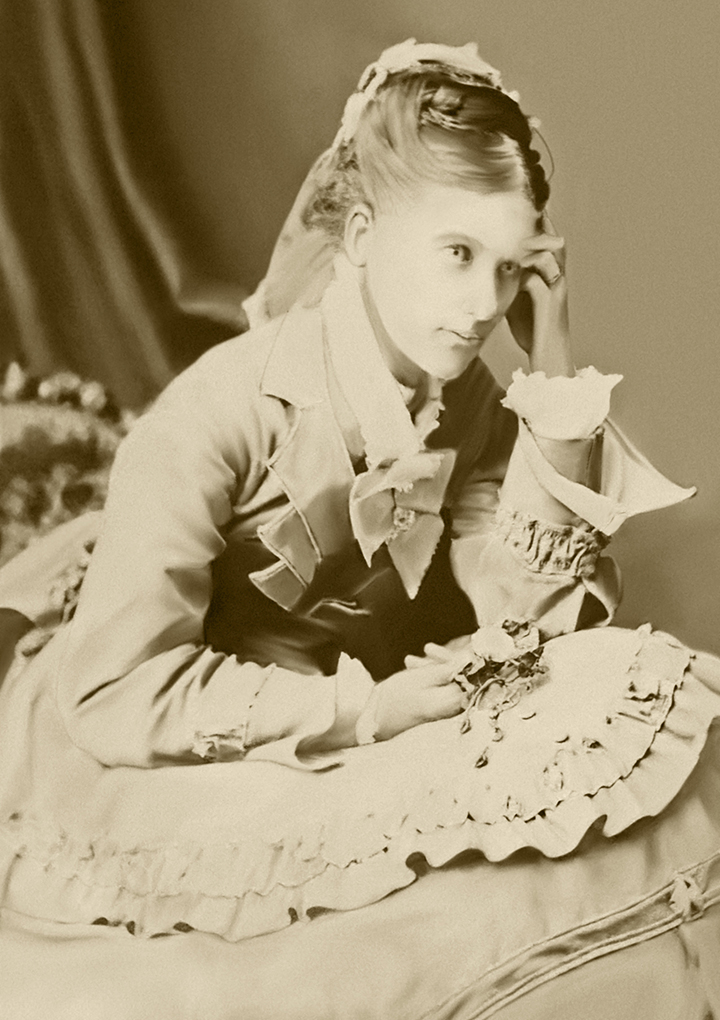 While vividly aware of the dangers of feminine trials, Rose had a healthy disregard for the medical profession and her sense of humour was ever alert as expressed in her message to Nora just prior to a confinement:

Take my advice and smuggle a bottle of chloroform into your room & use it like scent on your pocket handkerchief without quite inhaling it pure. I am sure there is no danger in it & a good deal of relief.

Early in their married life, Rose’s husband Andrew suffered major financial loss in his attempts to set up a pastoral business with properties in Queensland and New South Wales. For the rest of his life, he was left to battle harsh climatic extremes as manager on the property near Yass that he had once owned. Rose worked alongside Andrew to manage the home and have the children educated with greatly reduced finances. She welcomed support from more fortunate relations.

At last you may congratulate us on a providential rescue (for me at all events) from a prospect of life-long & hopeless misery & bondage, wh would certainly have ended in melancholy mania for me before long if Heaven had not sent a direct answer to my appeal in the shape of substantial assistance … Uncle Hammy has left to each of the three families—John’s Andrew’s and Jessie’s—a sum of £3000. 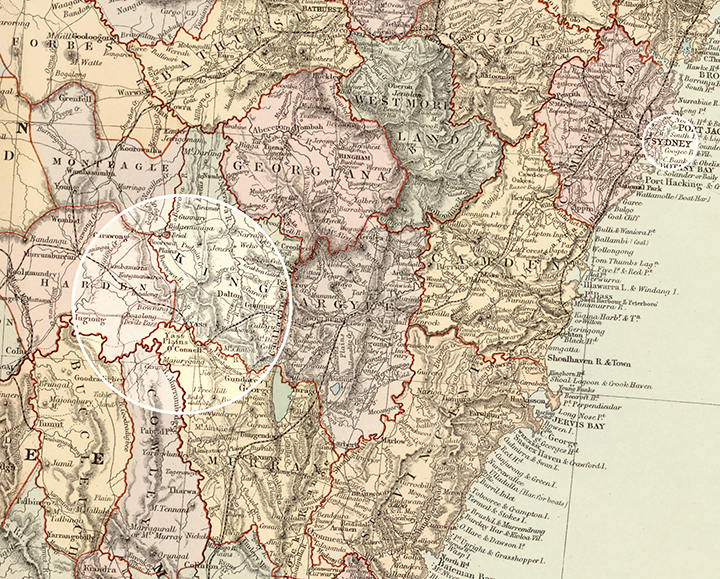 At the time of Rose’s death in 1893, the mood of prosperity was fading as the economic boom fed by the gold rush of the 1850s ebbed away. The movement towards federation gathered momentum and magazines such as The Bulletin published bush verse, yarns and anecdotes about remote rural life, giving expression to a unique bush culture. Rose would have been aware of the 1891 shearers’ strike as a powerful outcry against pastoralists employing cheap non-union labour and she died just as the old world of her childhood was being consumed by changing economic forces. But in this new era for the young nation, Rose’s son Banjo emerged as a heroic literary figure, writing verse and prose that entertained a vast readership of all classes and that continues to inspire.

Dr Jennifer Gall is Assistant Curator of Documents and Artefacts at the National Film and Sound Archive. She completed her doctorate at the Australian National University’s School of Music, where she is a Visiting Fellow. She is the author of Looking for Rose Paterson: How Family Bush Life Nurtured Banjo the Poet (NLA Publishing, 2017).