Major reports for the censuses of 1976, 1981 and 1986 were produced on microfiche. These are available in the Newspapers and Family History Zone.

The 1981 and 1986 census reports are also available for download from the ABS:

Census information is useful for the study of historical and contemporary statistics and population trends.

Early censuses contain personal names, but for reasons of privacy, personal details from most censuses were destroyed after the statistical data was used; see Census and Statistics Act 1905, Part IV section 12 (1)

The option to have personally-identified data saved for posterity was introduced in 2001. From the Australian Bureau of Statistics website:

From the 2001 Census onwards, the Census form has included an optional question asking whether each person in the household agrees to have their personally-identified information kept and securely held by the National Archives of Australia (NAA) for 99 years. This personally-identified Census information will not be available for any purpose (including to courts and tribunals) within the 99 year closed access period and cannot be accessed, altered or retrieved before that time.

After 99 years, the name-identified data will be made public for future generations. The first batch of such information, from the 2001 Census, will be publically available in 2100. Those accessing the information could include genealogists, historians, social analysts and other researchers in the 22nd century.

The first population counts held in colonial New South Wales were called musters, but excluded military personnel. See the Family History guide for more information about what is available in the Library.

Printed and microfilmed musters can be found in the National Library, and online from Ancestry (you can access Ancestry in the Library by visiting our eResources portal and searching for this resource under the Browse eResources tab).

Another online resource is the Historical Census and Colonial Data Archive (HCCD), a searchable archive of Australian Colonial census publications and reports.

Full reports of the censuses from 1911 - 1971 and 1981 - 1991 can be found online at the Australian Bureau of Statistics (ABS). The 1976 census results are in summary only on the ABS website, but are available on microfiche. See the case study below for advice on how to search the 1976 census.

Census results from 1996 onwards are on the ABS website.

I am working on a history of the former City of Sunshine to be published by the Sunshine & District Historical Society. Can you provide an item of information from census data relating to the City of Sunshine, State of Victoria, 1976? All I want at this stage is the total population, males and females.

There is some information on the 1976 Census on the Australian Bureau of Statistics website. However the downloads available here are summaries only, and do not give the full figures. The Bureau has more complete statistics available for other years.

Note that the ABS refers to Local Government Areas (LGA), geographical areas under the responsibility of an incorporated local government council. Population is counted for each LGA.

We will need to take a number of steps to find the records for the population of a specific town or city.

The 1976 census microform can also be found in other libraries. 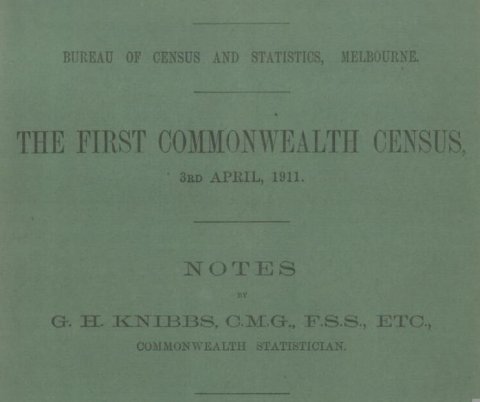 Publications are issued up to two or three years after the date the census was taken. For example, a large number of reports for the 1991 census were issued in 1993.

Remember to check the census date, not the publication date.

Starting with the 1976 census, demographic statistics for the capital cities and some other areas have been issued in the form of atlases, showing geographic boundaries and patterns of distribution. Titles of these vary according to the year of publication.

The best way to find these is through the Catalogue using keywords for individual areas, e.g. Sydney population maps.