Creative Arts Fellowships, supported by the Friends of the Library and the Ray Mathew and Eva Kollsman Trust, offer Australian artists and writers an opportunity to develop new work that is inspired or informed by our collections.

Dr Tonya Lemoh, Creative Arts Fellow (supported by the Friends of the NLA)

This multimedia project will produce a staged presentation of Richardson’s creative journey in music, expressed through her songs, letters and novels.

Tonya Lemoh is a performer and music researcher with a strong background in Australian music. Her research centres on exploring music by lesser- known composers of cultural significance and creating audio documents of their output. She holds piano performance degrees from Australia, the USA and Denmark, and was a faculty lecturer at Copenhagen University for over ten years.

This research project will produce a historical play, entitled Hygeia, based on true untold stories. It is set at the Australian Racial Hygiene Congress of 1929 and investigates the intersections between early white feminism, eugenic thought and white supremacy.

Therèsa Borg is a graduate of the Victorian College of the Arts Masters Theatre (Writing) & Opera Studio programs. Directing credits include ‘Sweeney Todd’, starring Anthony Warlow and Gina Riley at Her Majesty’s Melbourne (2019), and ‘The Light in the Piazza’ at Arts Centre Melbourne (2016).  She has played principal roles for Cameron Mackintosh, The Really Useful Company, Opera Australia, and Victorian Opera. Therèsa founded Melbourne production house Entertainment Store/Life Like Touring and over the course of 20 years wrote and directed over 20 family musicals for international studios.

David Wickham, Creative Arts Fellow (supported by the Friends of the NLA)

David will examine the manuscripts of Frederick Septimus Kelly (1881-1916), a prolific and prodigiously talented musician and composer. David seeks to restore the parts of Kelly’s body of work that have been forgotten since his death by typesetting and editing them, and preparing them for publication in five new volumes. At the conclusion of the project, songs, solo piano works and the first Violin Sonata will be performed in Canberra for the first time since Kelly’s death. A lecture-recital will also be given, comparing Kelly's work with that of Australian contemporaries and that of Ralph Vaughan Williams up to the age that Kelly achieved when he was killed on the Somme.

David Wickham is a pianist specialising in accompaniment, and has recently performed with the Western Australian Symphony Orchestra and the West Australian Opera. His field of research is Australian art song, a body of work begun while he was a lecturer at the West Australian Academy of Performing Arts. David has recorded 9 CDs of Australian songs and chamber music, and edited 32 volumes of art songs for Australian classical music publisher Wirripang.

Dr Albiston’s project will comprise poems based on the diaries of Australian photographer and Antarctic adventurer James Francis Hurley. Approximately 120 poems will offer a poetic mosaic of Hurley's experiences between 1912 and 1920, at the end of the heroic age of exploration. Dr Albiston believes that historical narratives may yield a strange and unexpected power when subjected to the pressures of poetic form. In this way, Dr Albiston seeks to bring Hurley’s thoughts and actions to life in a manner never seen before.

Dr Jordie Albiston is a Melbourne poet who has published twelve full-length poetry collections, the most recent of which is element: the atomic weight & radius of love (Puncher & Wattmann, 2019). Two of her early collections were adapted for music-theatre, both enjoying seasons at the Sydney Opera House. For Dr Albiston’s work she has been awarded the Mary Gilmore Award, the Wesley Michel Wright Prize, the NSW Premier's Prize and the 2019 Patrick White Literary Award. 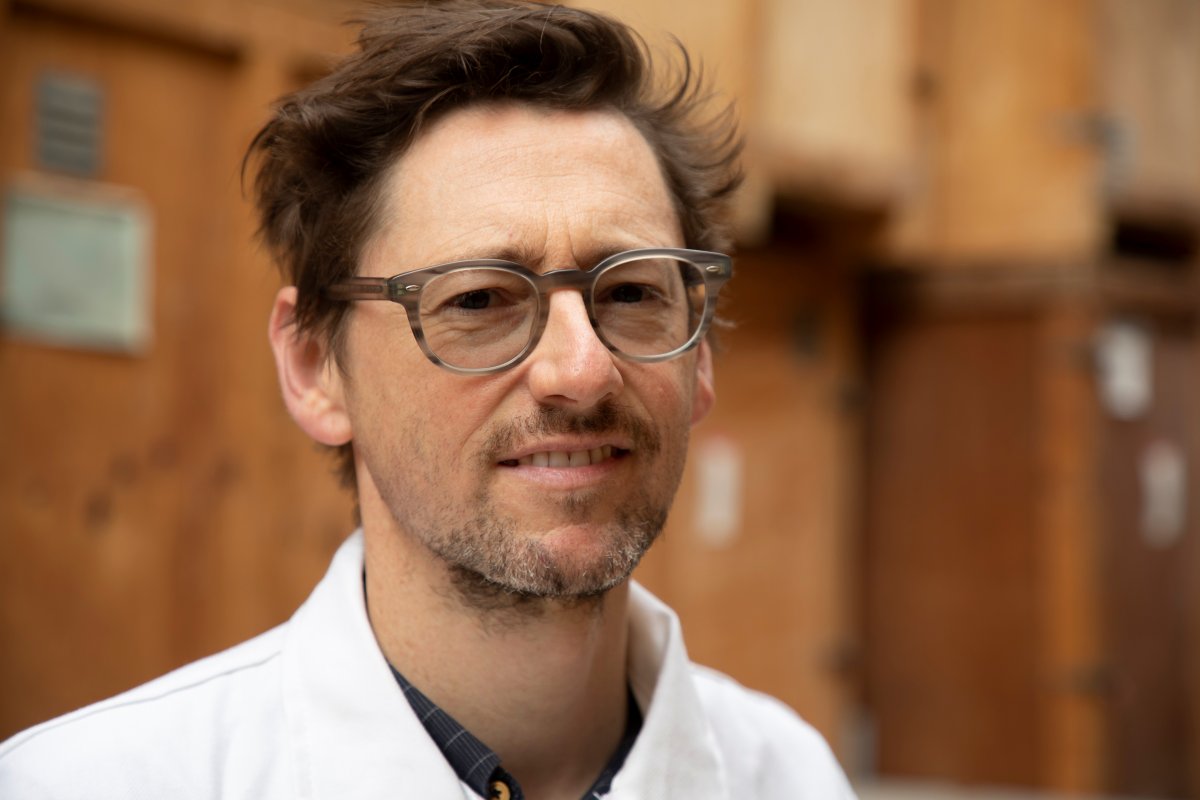 Anthony will investigate material from the Sidney Nolan collection related to the creation of the Eureka Stockade mural commissioned by the Reserve Bank, to inform a new body of abstract paintings that incorporate painterly interventions and collage for exhibition in 2022.

Anthony White is an Australian artist who lives and works in Paris, France. Since graduating from the National Art School, Sydney, White has produced international exhibitions for galleries based primarily in Australia and in Hong Kong, London and France. He has been the recipient of numerous international commissions and residency programs, most recently the 2017 International Painting Symposium at the Daugavpils Mark Rothko Art Centre, Latvia. Over the last decade White has retained strong links with Australia, regularly exhibiting in Australian galleries and with European-based Australian artists.

A planned novel of historical fiction set in the stark landscape of rural Victoria of 1917, Darkened Rooms will bring to light a forgotten moment in Australian history where Spiritualism briefly flourished, and faith, science and the occult collided with extraordinary results. Exploring the emotional impact of war on those who are left behind and the lives of queer women in early 20th century Australia — women who lived in plain sight as “intimate friends” but whose experiences could only be recorded in coded texts — this novel’s creative re-imagining of Australia’s post wartime history will foster reflection on contemporary concerns surrounding faith, remembrance, women’s rights and queer identity.

Nadia Bailey is an author, journalist and critic. She has published three non-fiction books on popular culture with Smith Street Books, and her short fiction, poetry and creative non-fiction has been widely represented in journals and independent presses. In 2019, she was selected as a UNESCO City of Literature Creative Resident and will spend two months in Kraków developing a work of historical fiction.

Research into the NLA’s collections will lead to the writing of a book of prose poems and drawings around the life of Charlotte Clark, a Bpangerang custodian of goanna songlines, and Judith’s matrilineal ancestor. Charlotte exists only in orally transmitted anecdotes, entries in a leger, a single historical photograph - but her world was captured in drawings by her countryman Tommy McRae. Using the NLA archive of McRae’s drawings as a primary resource, Judith aims to contextualise Charlotte Clark, reimagining her through original drawings and poems, into a book of creative non-fiction poetry, an imagined biography of a woman whose story has been stolen by our Colonial past.

Judith Nangala Crispin is a poet and visual artist with a background in music. She has two published poetry collections, The Myrrh-Bearers (Sydney: Puncher & Wattmann, 2015) and The Lumen Seed (New York: Daylight Books, 2017). Her work has been read and exhibited at festivals in Medellin, Berlin and Pingyao and has been translated into Spanish, German and Mandarin. Her visual art is exhibited and published internationally at galleries and festivals. Judith holds a Ph.D from the Australian National University and has undertaken postdoctoral research at Paris Sorbonne and in Berlin as a Humboldt fellow. She is currently enrolled in a second doctorate (in poetry) at the University of Sydney. Much of Judith’s writing is centred around the experience of searching for her Bpangerang ancestry, and her long-term friendship with Warlpiri people. 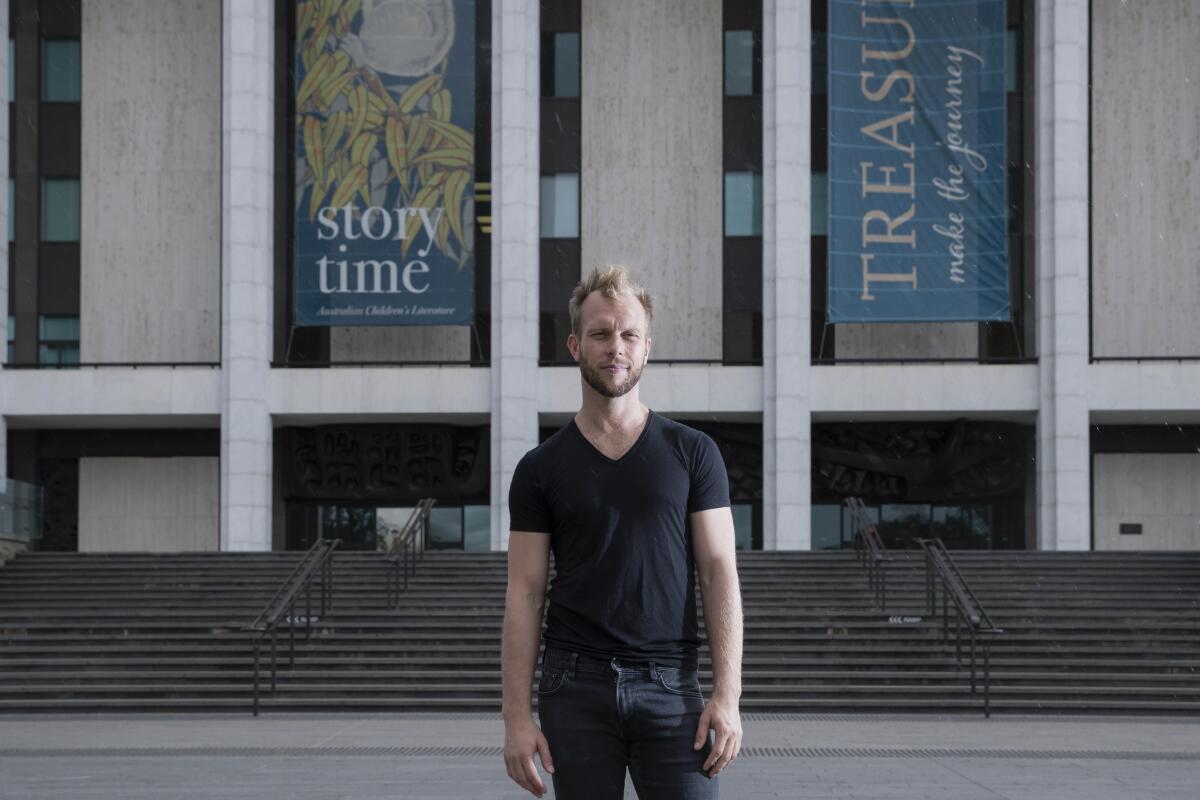 Joel Bray grew up in country NSW, studied dance at NAISDA and WAAPA. Joel danced in Europe for most of his career and now lives and works in Melbourne. Joel is of Wiradjuri, Scottish and English heritage. His choreography springs from his Wiradjuri heritage. Rather than attempting to recreate a supposed Indigenous ‘form’, his methodology is rooted in traditional Wiradjuri ways of making work: durational, site-specific and cross-genre processes. His works are often intimate encounters with small audiences in unorthodox spaces, in which audience-members are ‘invited in’ as co-storytellers and co-performers. Joel’s research of the primary and scholarly sources documenting traditional Indigenous ceremonial practices in the South-east of the continent will inform his new project Burbang, a work of immersive dance-theatre. 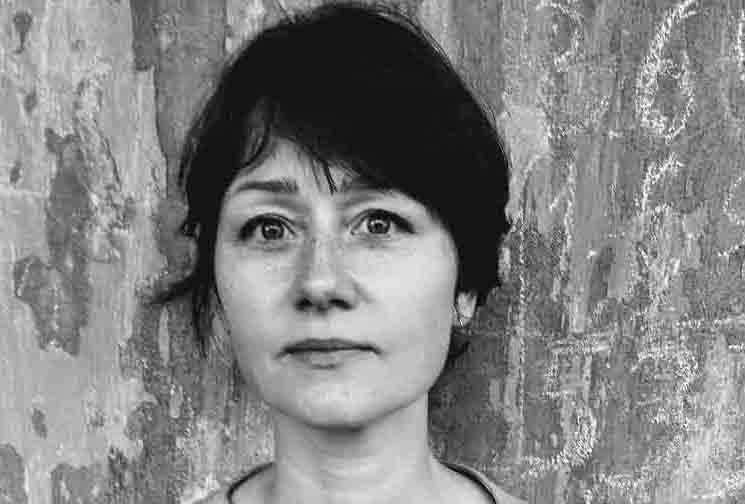 Dr Kyra Giorgi is a writer of fiction and non-fiction, originally from Western Australia. She completed a doctorate in History (Latrobe University), a comparative study of emotion-based concepts of collective identity. Her project, Horizontalism, is a historical novel set in Australia and Portugal in the 1960s and 70s. It follows Felix, born in Sydney to Portuguese parents, through the journey of re-emigrating to Portugal, and his return to Australia as an adult. Kyra will build a sense of the political and social climate at the time in Australia, Timor and Portugal from 1970s newspapers and oral history interviews. 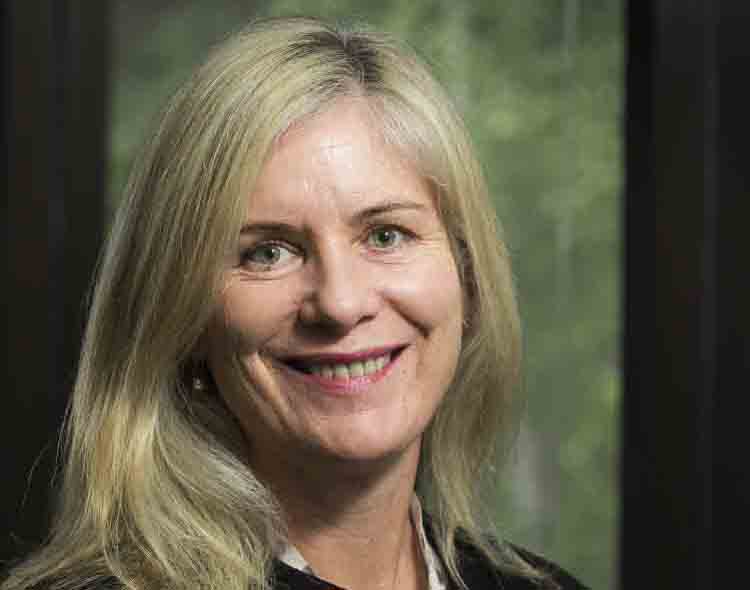 Dr Carolyn Young uses photography ‘to re-think, re-imagine the human place in nature’. Carolyn will research sources including John Gould’s Mammals of Australia to make new art focusing on endangered species in grassy woodlands. Carolyn has a PhD in photography, an Honours degree in Natural Resources and previously worked as an environmental scientist. She won the Pat Corrigan Acquisitive Award, Centre for Contemporary Photography 2016. Her photography is also held in the collections of Parliament House, the ANU, and the Murray Darling Basin Authority. 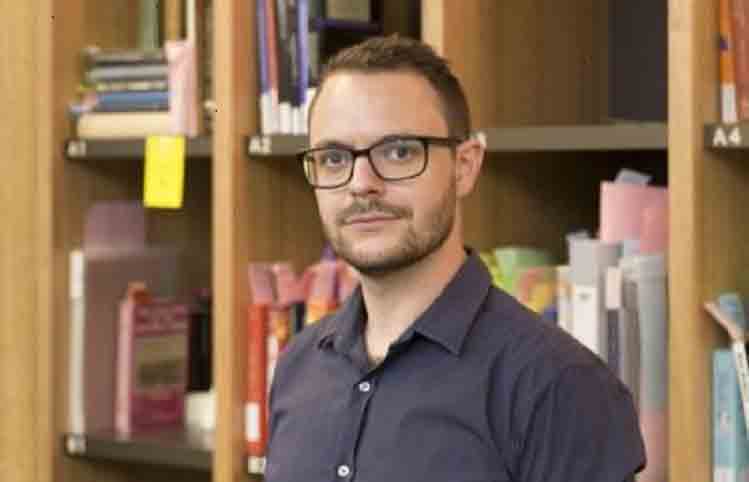 Liam Pieper's debut novel The Toymaker (Penguin Australia) was published to critical acclaim in 2016. Liam’s new work explores the story of Indigenous Australian soldiers who fought for the British Empire in the Boer War, and the shift in their standing from the battlefield to return to an emergent White Australia. His fiction investigates 'intersections between Australian experience and global socio-politics’ and he will draw inspiration for his historical novel Bittereinder by researching the Library’s archival collections, sheet music and official records of war.

FRAGRANCE: A theatre script-in-development, a psychological thriller on the sexual and cultural politics of the art world. 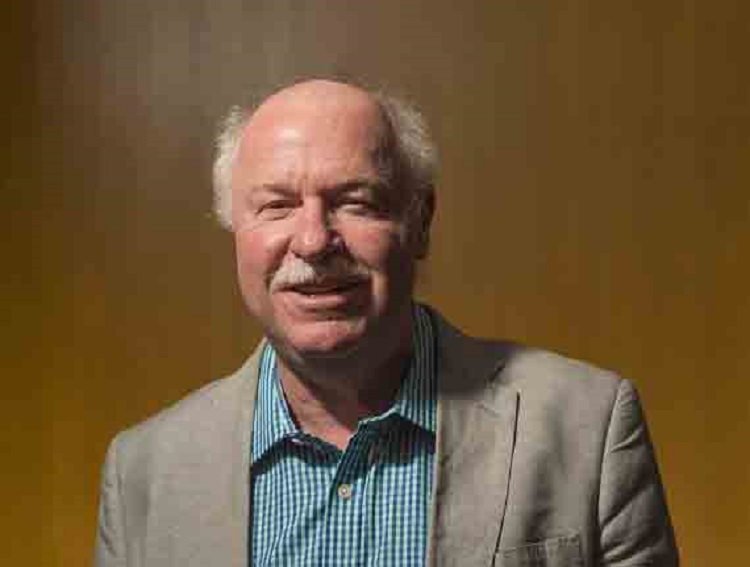 Timothy Daly is one of Australia’s leading playwrights, with a string of national and international productions to his credit and featuring leading companies and actors, including Geoffrey Rush in The Don’s Last Innings, Cate Blanchett in Kafka Dances, and Jacki Weaver in Derrida in Love. Kafka Dances has won moee than a dozen national and international awards since its première and is the most internationally-performed Australian play of all time. Timothy's Fellowship will focus on developing a new play drawn from the personal papers of creative artists, art dealers and entrepreneurs.

Cosmopolitan Rangoon through the eyes of Gordon Luce. Or, how the politics of authenticity shape the intimate. 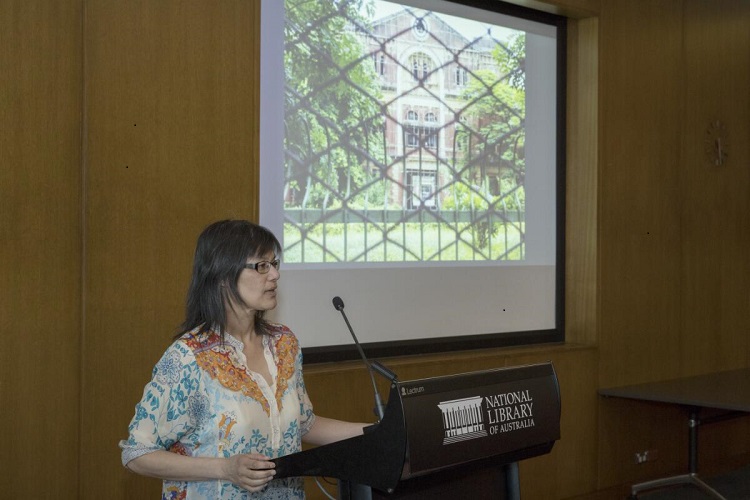 Dr Michelle Aung Thin is a lecturer in the College of Design and Social Context at RMIT University. Her first novel The Monsoon Bride was published in 2011 by Text Publishing. Her Fellowship will help develop a novel about contemporary Myanmar and colonial Burma, using the Gordon Luce collection.

Love, Loss and the Last Days of Rangoon Fellowship Presentation 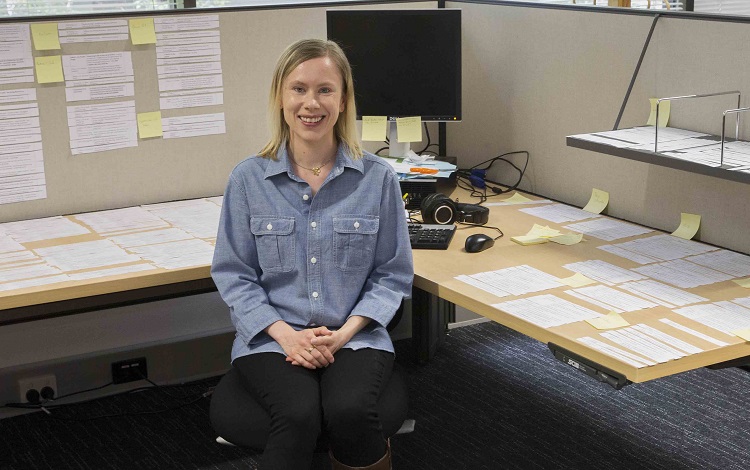 Micharne is a playwright with credits in Australia and the USA, including the plays, The Way They Live and The End and The Beginning (co-writer), performed at the Metropolitan Museum of Art, New York. 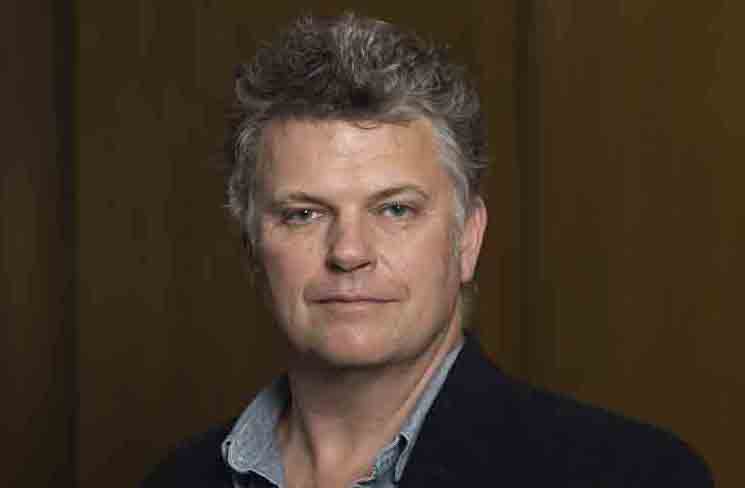 Paul Daley is a novelist, essayist, short-story writer, playwright and multi-award-winning journalist whose books have been shortlisted for major literary prizes. 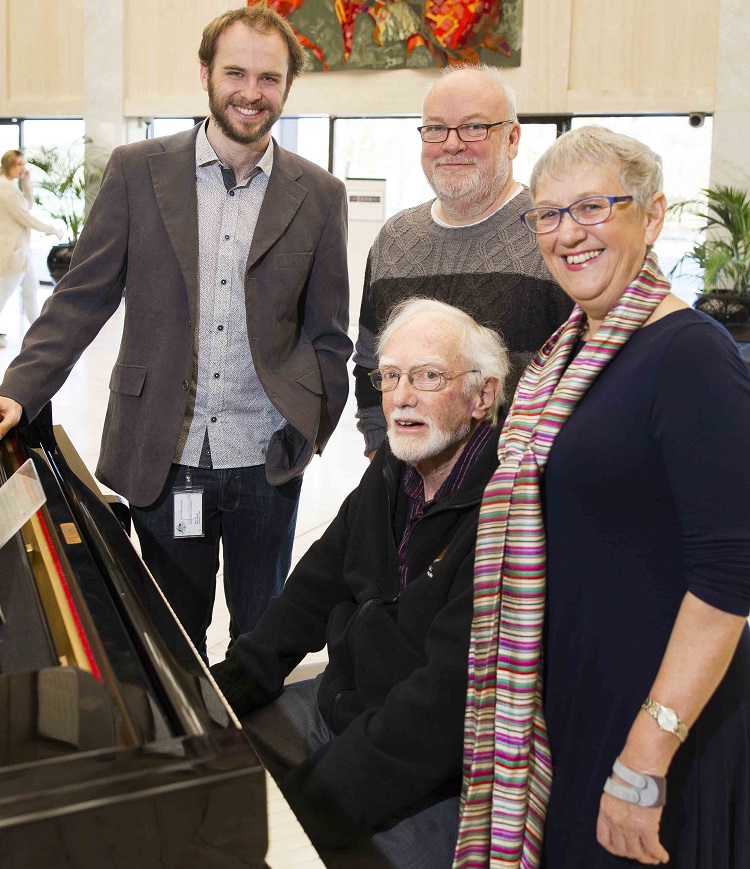