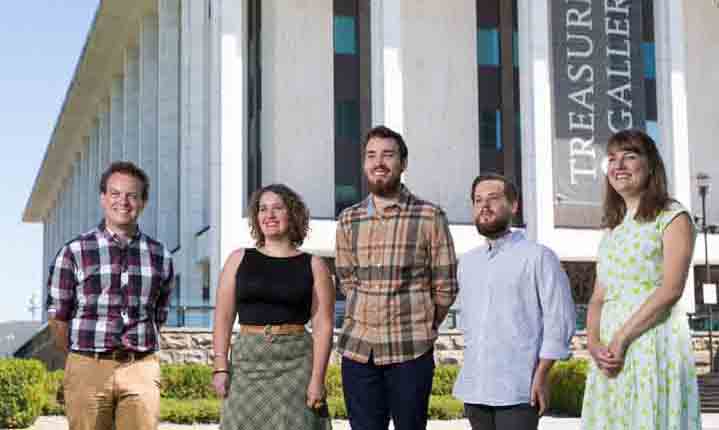 Sir John Latham played a leading role in the dramatic final act of Billy Hughes’ Prime Ministership. Using Latham’s papers, and those of friends and associates, Michael is exploring the role of conservative elites and power networks in the erosion of Hughes’ political position.

Rohan Lloyd, ‘Coral Battleground? Re-examining the “Save the Reef” campaign in 1960s Australia’.

Rohan is critically scrutinising the prevailing environmental narrative of “Save the Great Barrier Reef” that characterises the issue as a conservationist ‘battleground’. By examining the scope and findings of the 1972 Royal Commission on the Great Barrier Reef Petroleum Drilling (66 volumes of transcripts plus exhibits) and oral histories, Rohan is evaluating the role of the Federal Government and public opinion in securing a collective attitude towards preservation of the Reef well before the political turbulence set in.

Bethany is using Prime Ministerial papers and related manuscript collections, as well as Oral History interviews, to examine the relationship between politics and gender in Prime Ministers’ lives. At the Library, she is focused on the different constructs of masculinity and styles of Lyons, Menzies, Holt and Gorton and the impact this had on their political leadership and personal lives.

Henry Reese, ‘Listening to the Other: Phonography and the Sound of Ethnography in Australasia, 1877-1914’.

Henry is using materials relating to anthropological and ethnographic sound recordings in the early years of cylinder phonography to analyse the acoustic dimensions of ethnographic encounters in Australia. By using both published and unpublished sources, and with access to specialist Library staff in audio archiving, Henry is exploring how these early recordings were understood, how the data and subjects were described, and how the phonograph and recording experience impacted on the encounters.

Emma Shortis, ‘Greenpeace’s biggest victory ever’: Greenpeace Australia and the Campaign for a World Park Antarctica’.

Emma is investigating Greenpeace’s role in the passing of the 1991 Environmental Protection Protocol to the Antarctic Treaty that protected the Antarctic from mining.  Emma is using the Records of the Antarctic Campaign by Greenpeace Australia, and well as Oral history interviews and official reports and proceedings, to consider the role of Australian activists, their trans-national connections and non-government agencies in influencing the outcomes of international environmental negotiations. 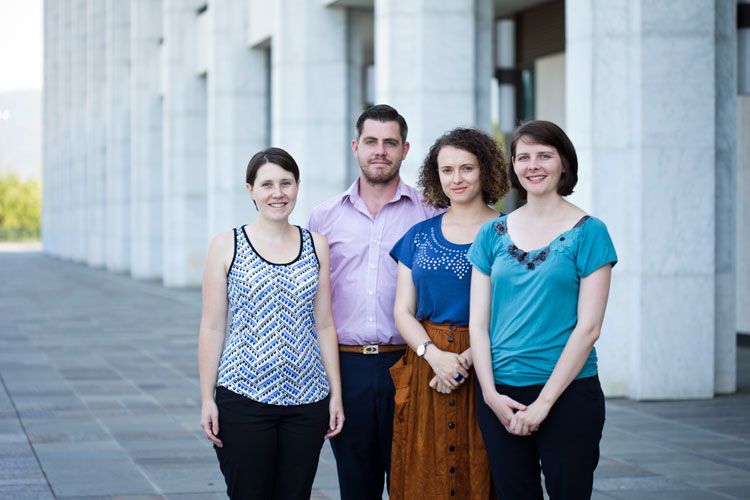 Ashley Barnwell, The Culture of Family History Research in Australia

Ashley is researching the culture of family history research in Australia. Unlike most Summer Scholars, who come to immerse themselves in collections, Ash wants to converse with Library staff who work with family historians about the experience and to understand the role archives play as a resource for genealogical research.

Ed is working on a thesis entitled Empire’s Companies: Early Corporations and Property Law in the History of Settler Colonialism, a transnational examination of the role played by private companies (such as the South Australian Company, the Swan River Colony, the Australian Agricultural Company and the New Zealand Company). Ed is particularly interested in the extinguishment of indigenous systems of property relations and the installation of European property tenure.

Lucy is researching the movement of Papua New Guineans to Australia 1935-1975, research which builds on her earlier Honours thesis on PNG domestic servants in Australia. To date, she has focused on the government records aspect of movement from PNG so while at the Library she hopes to research the experience and attitudes of Papua New Guineans and Australians in PNG.

Kate Laing, WILPF Australia and the disarmament campaign of the early 1930s

Kate is researching the Women’s International League for Peace and Freedom, which will also celebrate its centenary in 2015, but is not getting quite the same public attention as the Gallipoli centenary. Kate's Honours thesis is from Sydney University (on the Juni Morosi affair) and she also has an MA from Sydney in US Studies. 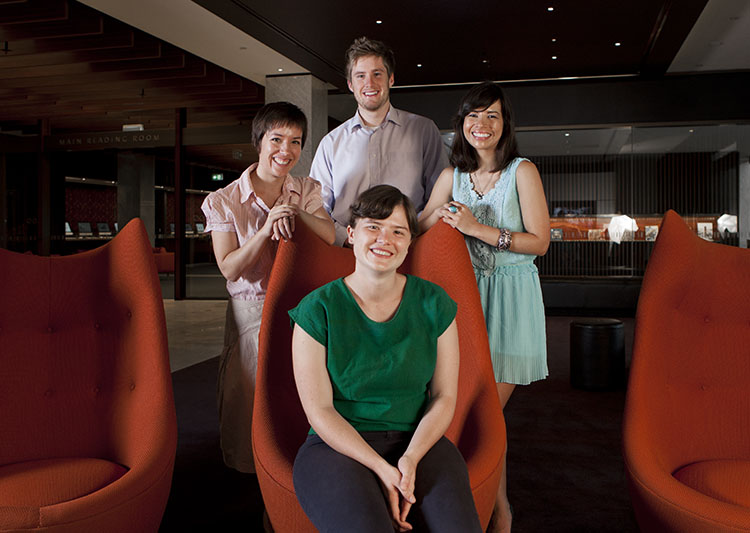 Maria is examining the health advocacy of indigenous people in the context of a comparative history of indigenous politics in Australia and the United States in the postwar period. Focusing on the establishment of community-based healthcare in the form of free health clinics run by and for native people, as a political ideal that was pursued by urban indigenous communities in these nations, her work seeks to uncover the ways in which this indigenous health agenda was coextensive with broader political matters of the time—global and local challenges to racism, the rise of the women’s health movement, the U.S. Civil Rights movement, the decolonization of former European colonies, and the rise of indigenous and human rights movements worldwide following World War II.

Steven Anderson, Revaluating the success of the Anti-Capital Punishment Movement in Colonial Australia

Steven is studying the end of public executions, which was seen as a victory for the abolitionists with the demise of capital punishment to follow soon after. However, with Australia’s last execution occurring over a century later in 1967, it is time to re-evaluate how helpful the transition actually was to the abolitionist cause. He hopes to investigate whether placing executions inside the prison and away from public view blunted many of the most powerful arguments against the death penalty which hinged on the very publicity of the punishment itself.

Laura’s project is examining negotiations around uses of language (English and Aboriginal languages) on the Church Missionary Society missions on Groote Eylandt under assimilation policy (focusing on 1943-1973). She is interested in the beginnings of bilingual education, translation, naming, English literacy and the role of songs in cross-cultural exchange on the missions. In particular, Laura is interested in anthropological records and manuscripts from non-missionary visitors to the island.

Tillie Stephens, Against a strong tide?: Education and the Aboriginal Mission Station, Ramahyuck, Victoria and thought amongst white colonial society regarding the education of indigienous children by Europeans from 1860-1888.

What ideas did Europeans hold about education of indigenous children? What were students educated towards, and how did this play out in reality; how did education articulate with the wider impetuses of settler colonialism to control and use land and resources; how does this history intersect with the continuation of indigenous teaching and learning practices; in what ways was education in these contexts similar or different to ideas and practices of education elsewhere in the British imperial world. 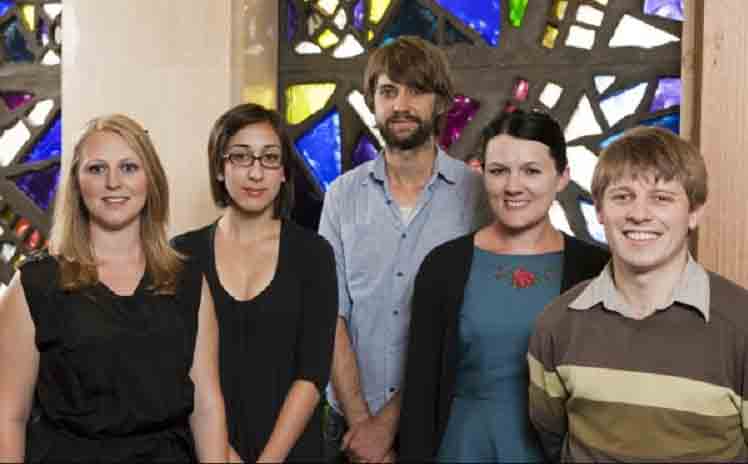 Robert O’Shea, The Australian Governor-Generalship: Sources of Authority and Identity (1936-1986).

Robert is exploring the public status and the profile of the vice-regal office over 50 years, as the transition from British to locally born Governors-General took place. He will particularly use manuscript collections and oral histories of the Governors-General and associates, and also ephemera, speeches and newspaper collections.

Michelle’s project focuses on colonial women’s diaries, letters and journals and published autobiography 1788-1850. She aims to identify settler-colonial women’s experience of reading within the home, with a particular focus on utilitarian reading, for self-improvement and for motherhood. While family archives and personal accounts will be a main focus for her research, Michelle will be trawling widely through19th century printed sources.

Alex is exploring how one migrant reception and training centre, Bonegilla, has been presented in public history and in turn how this has shaped public memory. Alex is especially using Oral History collections which include a wealth of migrant narratives, as well as the manuscript collections of Ministers of Immigration and public servants who were administering migrant policies.

Jon’s research is focused on Australian social activists who borrowed from, translated or associated with overseas radical movements and struggles during the 1960s. In addition to the manuscript and oral history collections relevant to his topic, he will explore some rare poster and ephemera materials, as well as student movement printed materials, pamphlets and newspapers.

Fiona Scotney, Australian Poets of the “Generation of 68”

Fiona’s research focuses on the networks and connections that existed in Australia between the poets that have been branded as the “generation of 68’, including John Tranter, Kris Hemensley, Robert Adamson, Alan Wearne, John A Scott, Michael Dransfield and others. She will mainly use various poets’ personal papers and oral history interviews but also rare literary journals and poetry magazines in the printed collections. 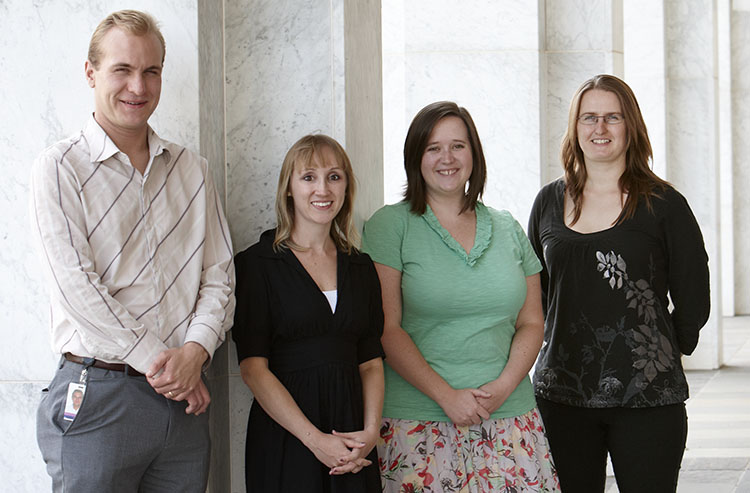 Andrew Junor, Before baklava? Remembering the food of inter-war Australia

Andrew examines changes in Australian food culture between 1930s and 1970s. He will explore the ‘Australia 1938’ social history project and the NSW Bicentennial History interviews. These interviews are with ordinary people who speak of their families, life, occupations and memories, including recollections of food. He has made considerable progress already in identifying particular interviews of relevance to his study of Australian food culture and its symbolic role in individual and popular memory.

Claire’s project will focus on the period 1835-45 to identify the effects of a widespread, severe and decade long drought on the colonies across south-eastern Australia. She will examine newspapers, shipping records, reports of inquiries and many rare colonial publications, as well as use personal diaries, journals and correspondence. She is undertaking this under the auspices of an Australian Research Council linkage project on Climate History, in which the National Library is a partner.

Louise Mayhew, Female art collectives and collaborations in Australia, focusing on the 1970s and 80s

Louise‘s project focuses on the intersection between feminism and the notion of collaboration in artistic practice in the 1970s-80s. The Library has a strong range of collections to support her project, in newsletters from female art collectives, pictures, photographs and posters, exhibition catalogues, and other kinds of ephemera, as well as a wide range of relevant feminist writing.

Sarah will examine the relationship between political parties and electoral laws that has affected the way candidates are elected in Australia, Canada and the USA (1874 -1985). She has already researched records and correspondence in the USA and Canada.