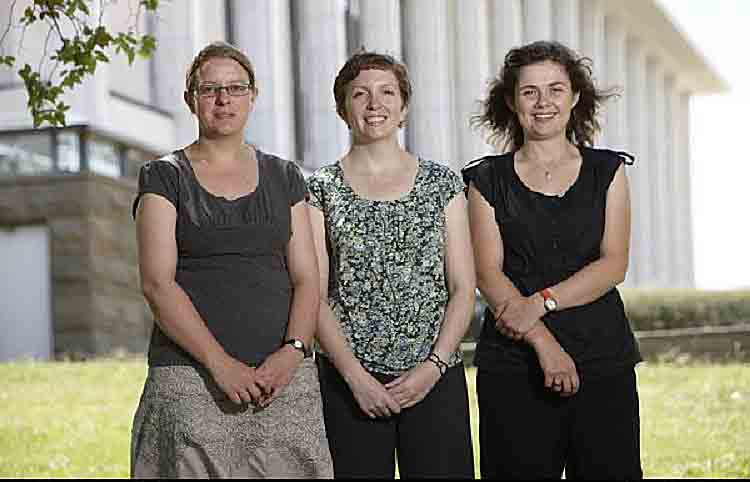 Petra Mahy, Interpretations of the legacy of Kartini in post-Suharto Indonesia.

Kartini (1879-1904) was a Javanese princess and is acclaimed as Indonesia’s first feminist and a national heroine. Petra investigated how Kartini’s writings and personal history are being reinterpreted in Indonesia since the fall of President Suharto in 1998. She drew on the Library’s extensive collection of Indonesian national and regional newspapers and published works.

Elizabeth Todd, “Pain, Anaesthesia and the Clinical Encounter in the second half of the nineteenth century in Australia and Great Britain”.

Elizabeth was studying the individual experience of anaesthesia in the clinical encounter – the experiences of the patient, the doctor and those witnessing the procedure, such as family, medical students or newspaper journalists. She used medical casebooks and journals, hospital reports, personal papers, manuscripts and medical periodicals. Her aim was to understand the relationship between doctors and patients, and the ways in which anaesthesia mediated these relationships after its introduction in the mid-1840s.

Ruth’s thesis involved examining how stakeholder conceptions of the regional climate have changed since European settlement in response to cultural and material changes. Ruth investigated relationships between government and science, climate and culture, and international environmental discourse and Australian policymaking, and explored personal experiences of drought, weather and climate in the twentieth century in the collections. 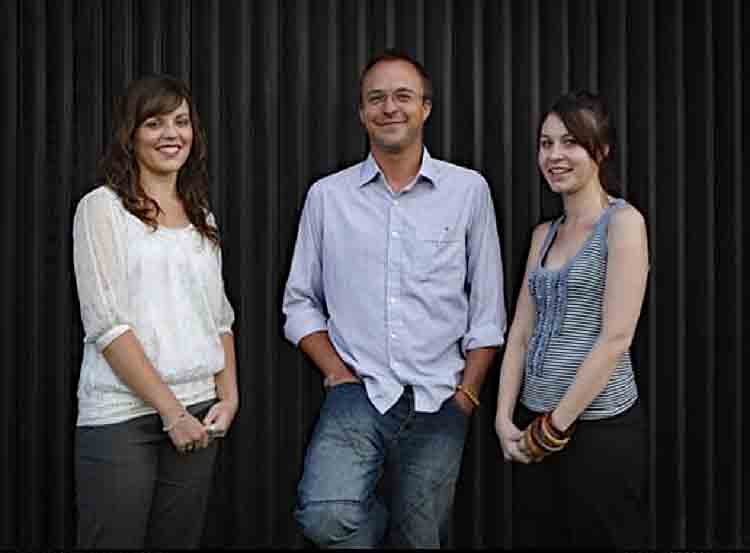 Kate was exploring how through travel, artists considered, manipulated and invented their ‘Australian-ness”. Some of the key artists she sought to research included Charles Conder, Rupert Bunny, Hugh Ramsay and George Lambert, and those somewhat neglected in recent scholarship, such as John Longstaff, James Quinn, Tudor St George Tucker, Ambrose Patterson, George Coates and the critic J.S. McDonald, through biographical cuttings, periodicals and personal papers.

Nicole’s thesis looked at the history of immigration and Liberal Party policy, comparing how far and how successfully the Liberal Governments of Malcolm Fraser and John Howard moved away from the underlying tenets and principles of the old White Australia Policy in light of the reforms of the 1950s and 60s, and eventual abolition of the policy in the early 1970s.

Dave focused on several interrelated public issues which arose concerning teenagers during his study period. These included fears about, and solutions to, a perceived 'venereal epidemic'; growing concerns about 'juvenile delinquency'; and what many saw as an alarming rise in 'feeblemindedness' and 'mental deficiency'. Dave's research engaged with the growing body of international histories of youth and welfare, and drew conceptual insights from gender, cultural and disability histories. Dave drew on monographs, periodicals and manuscripts relating to three areas of his thesis: 'mental deficiency', child and youth health initiatives, and venereal disease. 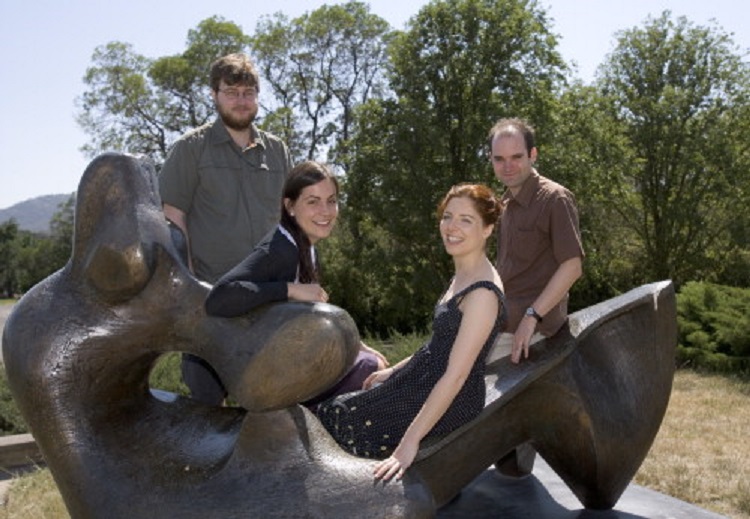 Alexander considered broader historical trends in public health and colonial administration. As well as Cilento’s medical reforms in Australia, Alexander explored his work in Malaya and New Guinea, with the League of Nations in the interwar period and thereafter, the United Nations. The Library’s collections include not only Cilento’s personal papers and oral history interviews with him and his medico wife, Lady Phyllis, but also the papers of his colleagues J.H.L. Cumpston, E.W.P. Chinnery, and several other key colonial administrators in the period.

Sophie Loy-Wilson, Sydney and Shanghai as ‘cosmopolitan capitals’ from 1900 to 1940.

Andrew Thackrah, The history of neo-liberal thought in Australia.

The key question of Andrew's research was whether there is a distinct Australian neo-liberalism, or whether neo-liberalism is better characterised as a transnational philosophy. Andrew used a range of published and unpublished resources focusing, in particular, on the substantial archival records of the Institute for Public Affairs.

Rebecca studied the way the landscape of Churchill Island has been used and understood by owners and visitors for pleasure, for economic activities, as a home and as a tourist attraction. Rebecca examined early European activities in Western Port Bay and Churchill Island from 1798 to 1850, based on sailors’ and settlers’ logbooks and diaries, as well as the Library’s rich cartographic and pictorial collections. 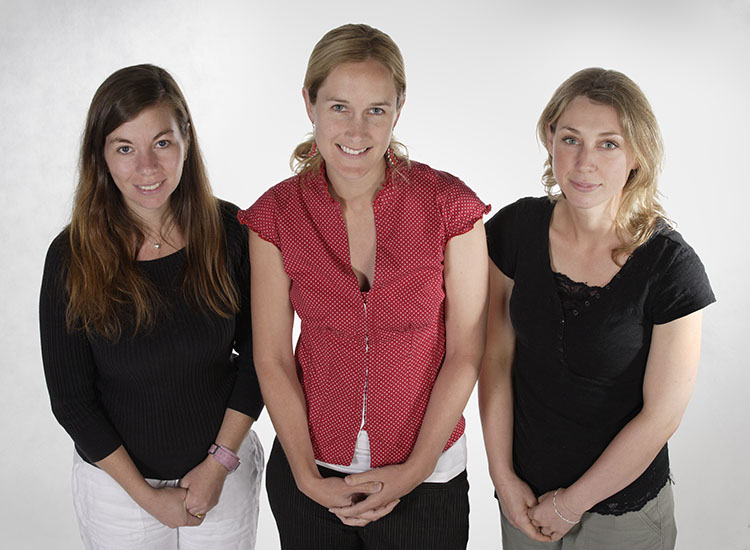 Her aim while at the Library was to investigate the connections between Australian Prime Minister William Morris Hughes and several key US policymakers in the months preceding the passing of the Johnson-Reed Act of 1924.

Caitlin Murray, "Interpreting madness in the primitive mind: medical understandings of Aboriginal insanity in the late-nineteenth and early-twentieth centuries".

Aboriginal people began to be integrated into the asylum system from the mid-nineteenth century. Clinical case records provided a wealth of material for doctors interested in 'Aboriginal insanity' and a number of articles on the subject appeared in medical journals and conference proceedings from the late 1880s through to the 1920s. Caitlin investigated anthropological, scientific and popular influences of the period in order to understand how and why doctors reached conclusions about 'Aboriginal insanity'.

Nicole Starbuck, The Baudin Expedition's sojourn in colonial Port Jackson and the influence of that experience on the remaining voyage.

The Frenchmen sought respite from their scientific voyage of discovery in the English colony of New South Wales and stayed for five months. During the sojourn they developed a fascination with the colony itself and a heightened awareness of England's jealousy regarding Australian territory and commerce. Nicole investigated how the explorers’ English colonial experiences influenced their objectives and attitudes in the context of exploration and French nationalism. 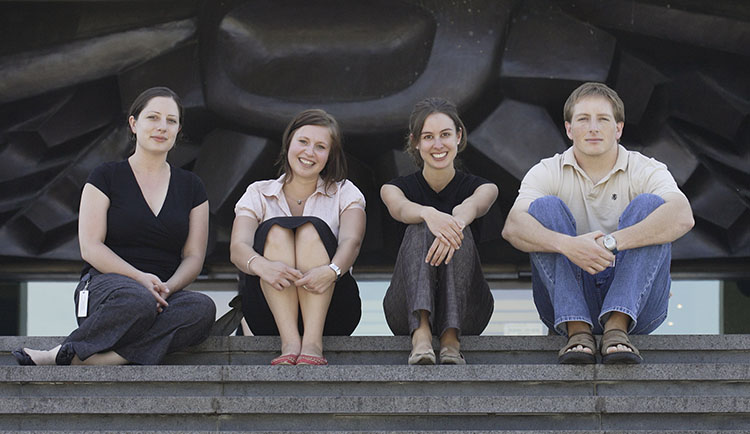 Georgia Shiells described the Library’s collection as critical for her research on the various dimensions of 'whiteness' that were grounded in class, religion and culture as well as 'race' in the White Australia policy during the interwar years. She explored published newspapers and journals, as well as autobiographies, oral histories, songs and poetry, gathering evidence of 'white labour' and 'white work' amid non-British European migrant workers, in particular from Italian and Jewish migrant communities.

Agnieszka Sobocinska was particularly interested in how people internalised ideas about Asia and Asians before they left Australia and the effect of these discourses on their travel experiences. Her research took her to all the Library’s special collections but she found the Oral History collection especially rewarding.

Dunya Lindsey examined the letters, diaries and novels of those members of the ‘Young Ireland’ movement, transported to Australia, to consider how these testimonies depict the relationship between Ireland and Australia and what constitutes their “Irishness”. She found a wealth of information in the manuscripts collections and early publications including newspapers.

Avan Stallard, "Charting the evolution of cartographic depictions of the Great Southern Land and Australia from around 1500 to 1800".

Avan’s research charted the evolution of cartographic depictions of the Great South Land and Australia from around 1500 to 1800. His research examined how maps were reflective representations of contemporary cosmographic and geographic thinking, heuristic devices which stimulated geographic scholarship and exploration and examples of, independent cartographic scholarship interpreting the results of recent exploration.