Cyril Sidney Hertz (d. 1980) was for many years a clerk in the Australian Post Office in Sydney. In his later years he worked as a travel agent, organising tours of China and other Asian countries. He began to collect military books soon after the end of World War II and over 30 years amassed a large collection. He had a particular interest in war aviation and for some time wrote a monthly article, ‘Facts and Figures’, on World War I aviation. He was the publicity officer of the Australian Society of World War I Historians and wrote occasional articles for its newsletter.

Hertz bequeathed his collection of military and aviation books and documents to the Library. The collection was received in 1981.

The Hertz Collection, totalling 1744 titles (about 2000 volumes), consists of books and pamphlets, almost entirely in the English language, relating to war and aviation. Works on World War I and World War II make up the great strength of the collection. There are also books on earlier and later wars, including the American Civil War, the South African War, the Korean War and the Vietnam War. Within the limits of war and aviation, the subject matter is quite diverse and includes memoirs and biographies, political history, espionage, prisoners of war, war memorials, early aviation, air forces, aircraft and warships.

The collection contains several multi-volume titles such as:

The Hertz Collection contains a small number of letters, mostly about book collecting, drafts of articles by Hertz, memorabilia, reprints of history articles and a large quantity of newspaper cuttings.

The collection contains 81 maps, 3 aerial photos, 1 information sheet and 2 envelopes, mostly dating from World War I. It is particularly strong in the area around Ypres in Belgium and also has good maps of Anzac Cove and the Dardanelles. There are also maps of German aircraft raids in England in 1915–17. Many of the maps were used in the field and contain manuscript annotations. 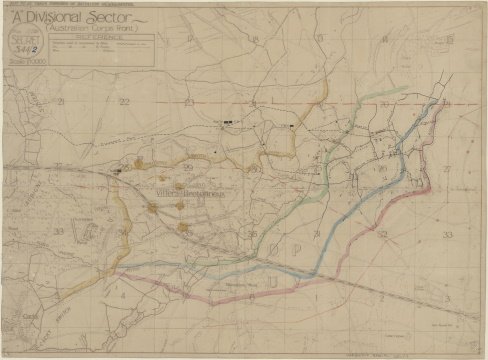 The pictures in the Hertz Collection mostly consist of photographs and posters. There is a large quantity of small prints of aircraft, generally not identified, and larger prints of military personnel and planes. The posters include Australian and US recruiting posters, Qantas posters, RAAF golden jubilee (1971) posters, and many posters depicting badges, uniforms and aircraft. There are also regimental signs, philatelic artwork depicting aircraft, reproductions of paintings in the Leach Corporation Heritage of the Air Collection, and cross-sectional diagrams of the Sopwith Camel, US airship Akron (1931) and other planes. Of particular interest is a poster from a German prisoner camp directed at British prisoners of war and an illustrated address from the Mayor, Aldermen and Ratepayers of Narrabri recording the service of Lieutenant R.C. Piper in World War I.

The books in the Hertz Collection are kept together as a collection. They have been catalogued individually; the call numbers have the prefix HER. The manuscripts and papers, which occupy three boxes, are housed in the Manuscripts Collection at MS 9090. The maps are housed in the Maps Collection. A finding aid describes all the maps items in the collection, most of which have been digitised:. https://nla.gov.au/nla.obj-648033088/findingaid. The photographs, posters and other pictorial material are held in the Pictures Collection. They have been catalogued at the collection level and there is a summary list of the posters.