Springfield Station near Goulburn, New South Wales, was established by William Pitt Faithfull (1806–1896), whose father had come to Australia in 1792 with the New South Wales Corps. The Springfield stud flock was founded in 1838 with 10 rams from the Camden flock and in time Springfield became an extremely prosperous sheep station. A new two-storey house with a tower was built in 1858, surrounded by gardens, stables, a coach house, woolshed, flour mill and cottages housing about 100 station staff and labourers. In 1896 ownership passed to Faithfull’s son Lucian Faithfull (1855–1942), who had been managing the stud flock since he was a young man. In 1942 Springfield was inherited by his daughter Florence (Bobbie) Maple-Brown, whose husband Irwin Maple-Brown was a prominent grazier in the Cowra district. Their son Jim Maple-Brown took over the property in 1964. The Maple-Brown family sold Springfield in 2005.

In 1965 Bobbie and Jim Maple-Brown donated a large collection of Faithfull family papers to the Library. At the same time, they presented a selection of books from the library at Springfield. They were to be kept together as a record of the kinds of books bought by Australian pastoralists and read by their families, especially their children, in the period 1850–1950.

The Maple-Brown Collection, sometimes called the Springfield Collection, comprises 614 books and pamphlets, 37 maps and 6 atlases formerly in the possession of the Faithfull and Maple-Brown families. The books were mostly published overseas in the period 1850–1950. A significant proportion of them are children’s books. Apart from novels, they include scripture readings, prayer books, hymn books, works on theology, school textbooks and some historical works.

The collection also contains a number of children’s magazines such as:

The cartographic materials (maps and atlases) have been kept together in the Maps Collection. Each item is catalogued (each map beginning with the call number MAP Maple-Brown Collection), and all of the maps have been digitised. See the record for the maps and atlas collection at https://nla.gov.au/nla.cat-vn844268. 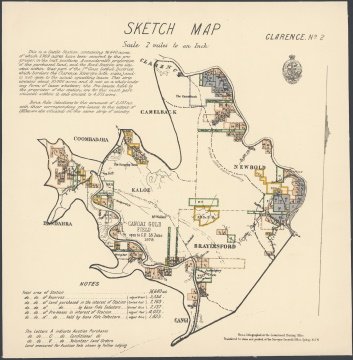 In 2005 the National Museum of Australia acquired the Springfield Collection, which encompasses family archives, photographs, books, artefacts, clothes, guns, farm equipment and machinery, and other materials.