Story Time is curated thematically, exploring common themes in Australian children’s literature. Below are some highlights from the exhibition. Get ready to venture into a kaleidoscopic landscape of words, pictures, people, places and animals as Story Time reacquaints you with old friends and introduces you to new ones.

Dreaming stories are at the heart of the cultural knowledge and practices of Australian First Nations peoples. Starting in the late 1800s, some of these stories were retold by European Australians in children’s books, providing a new way of sharing this knowledge with a wider audience. There has been a shift—mainly since the 1960s—that has seen First Nations peoples taking the lead in producing books about Dreaming stories and today many are published in Australian Indigenous languages. 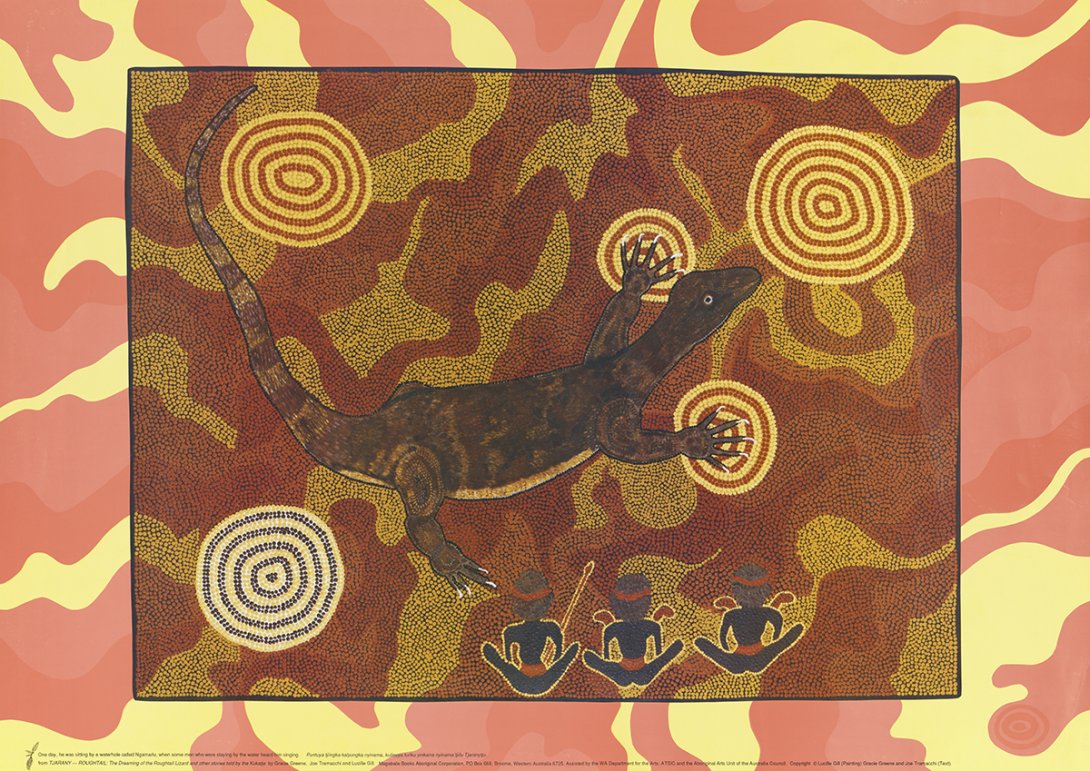 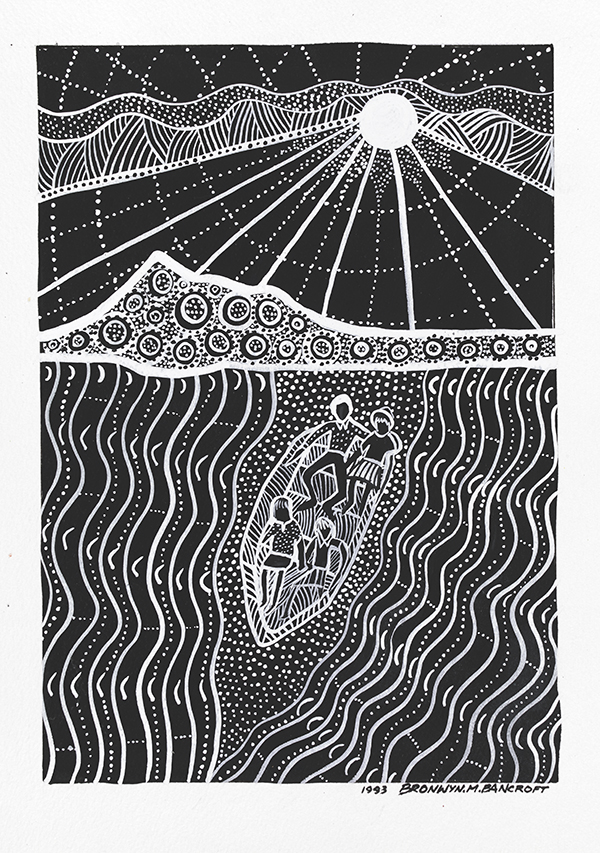 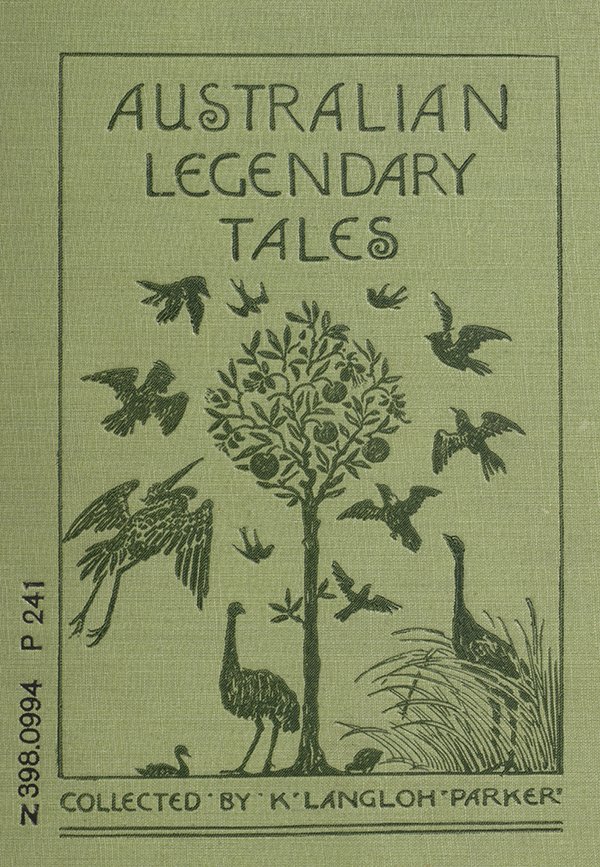 Children develop their sense of self through relationships with friends and families. Stories are often shared within these communities, with many exploring the process of growing up and finding a place in the world. From Ethel Turner’s iconic Seven Little Australians (1894) to Bob Graham’s enigmatic picture books and Shaun Tan’s wordless The Arrival (2006), Australia has produced numerous tales exploring these universal ideas. Often grappling with complex themes, these books remind us of the joys and trials of childhood and of the diversity that exists within Australia. 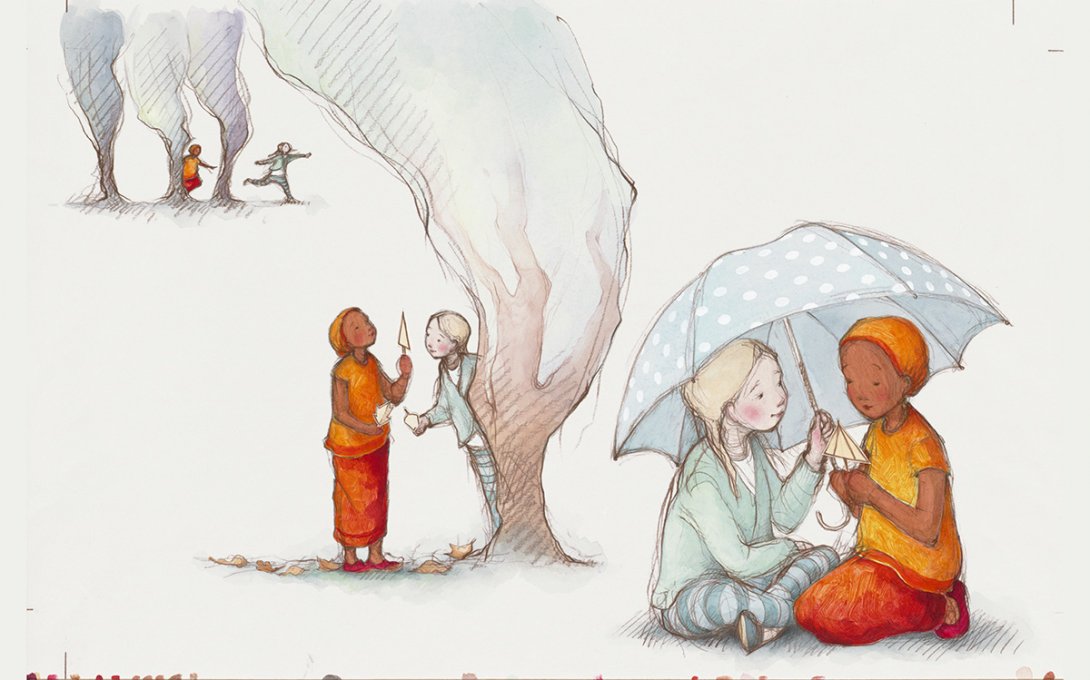 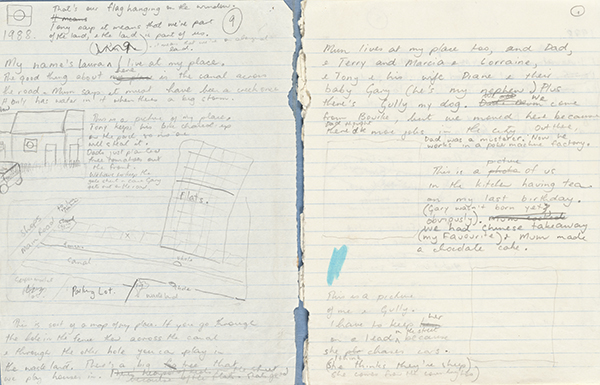 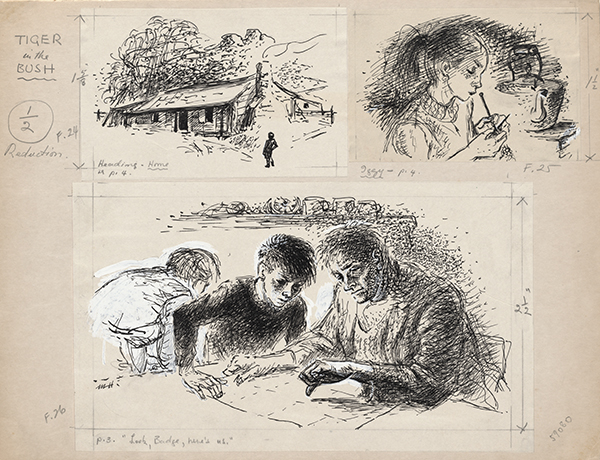 We all love to laugh and children giggle a lot more than adults. From Cole’s Funny Picture Book to the extensive list of funny books by Morris Gleitzman and Jackie French, fun and humour are used as tools to encourage a love of reading and to explore and explain the world to young readers. These books also inspire a playful and open mind, not to mention the pure joy that can come from sitting down with a funny, silly or absurd story and sharing a chuckle. 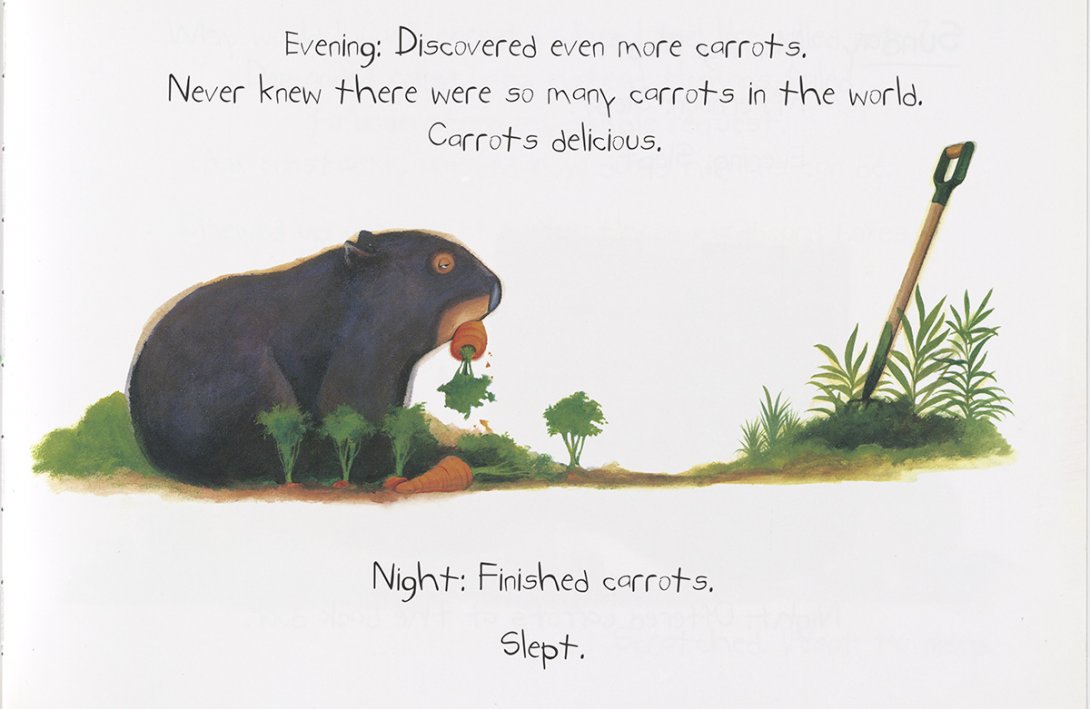 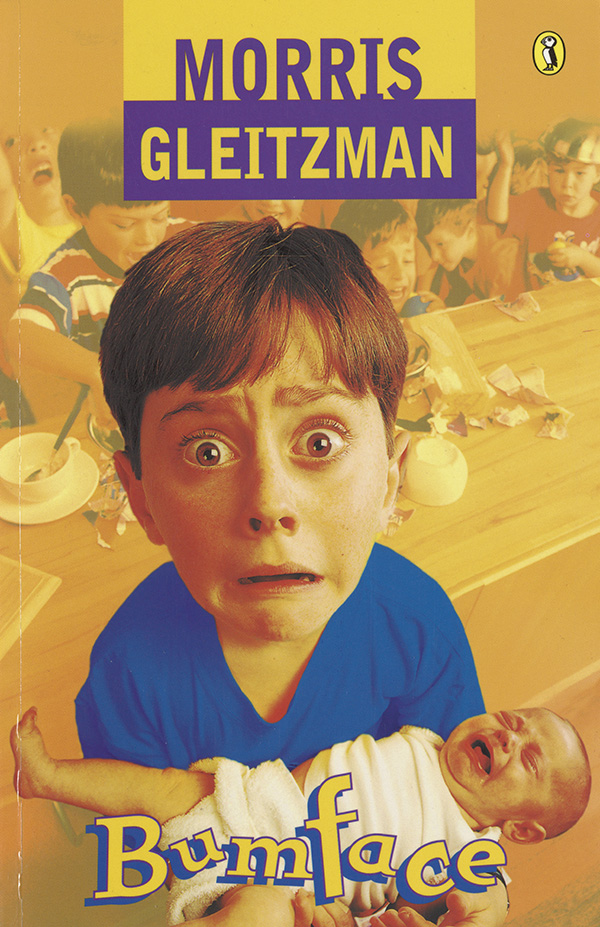 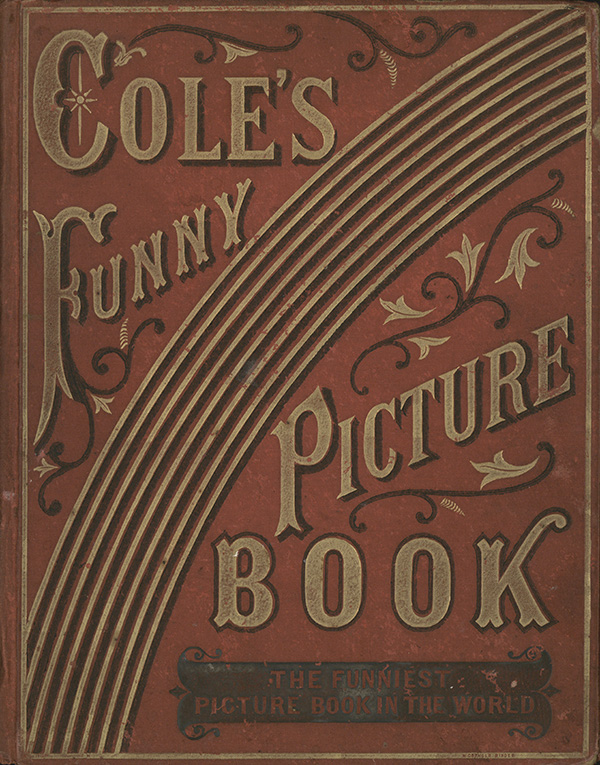 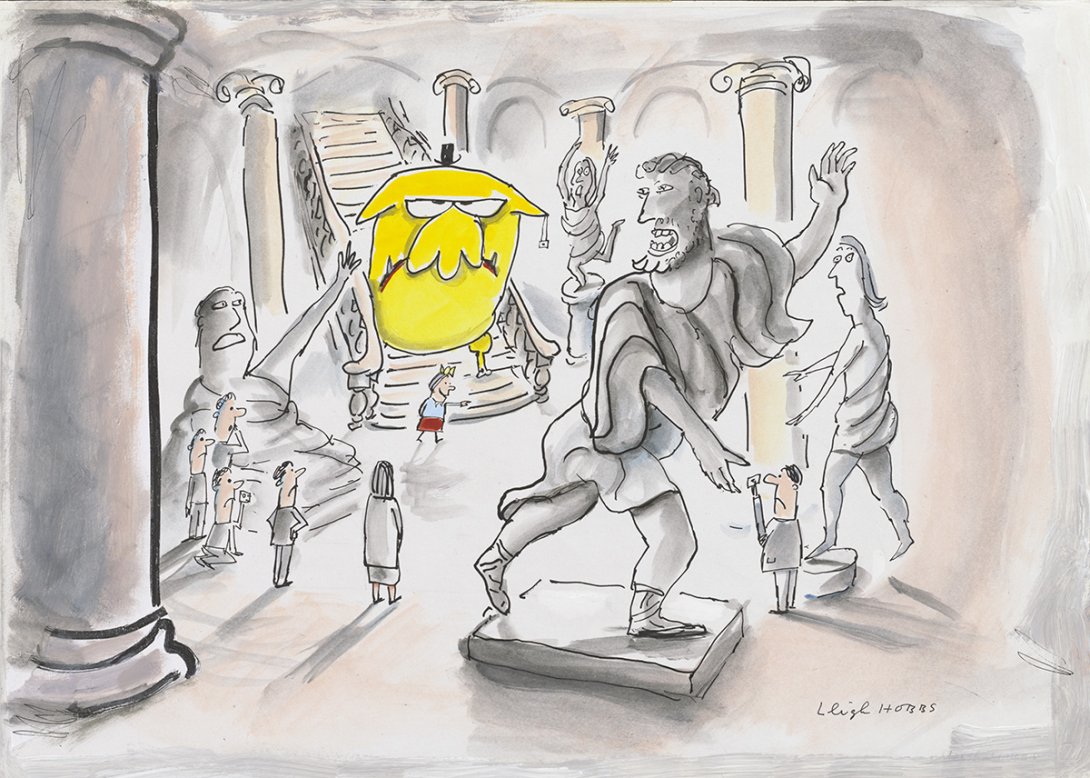 Koalas, kangaroos, gum trees and the ocean are just some of the persistent features of Australian children’s literature. While in many cases there is a celebration of our natural world and its inhabitants, stories often include messages about animal welfare and environmentalism. Some feature animals who share the trials and tribulations of humans. Also prominent are stories that highlight special bonds between people, animals and the environment. 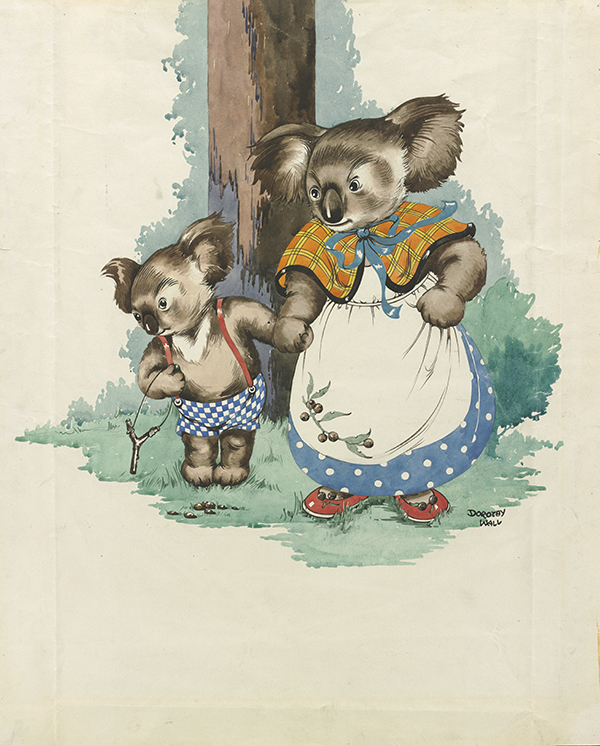 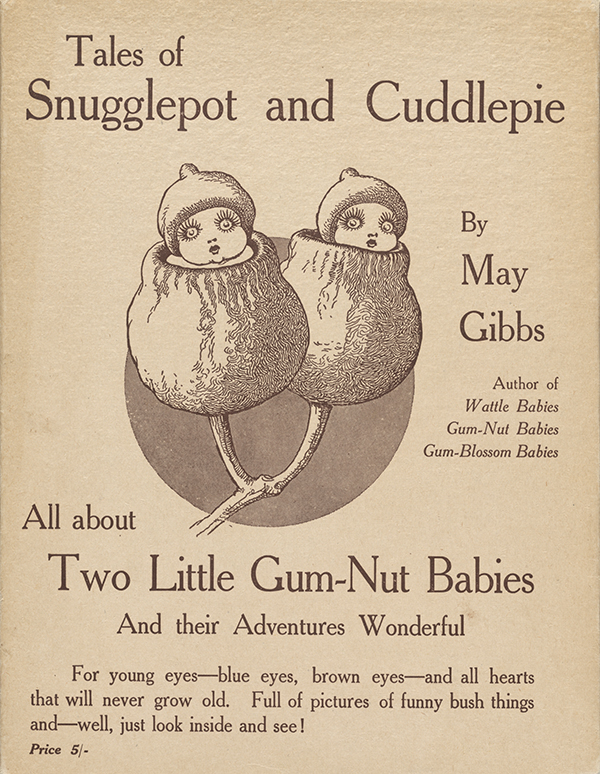 © The Northcott Society and the Cerebral Palsy Alliance 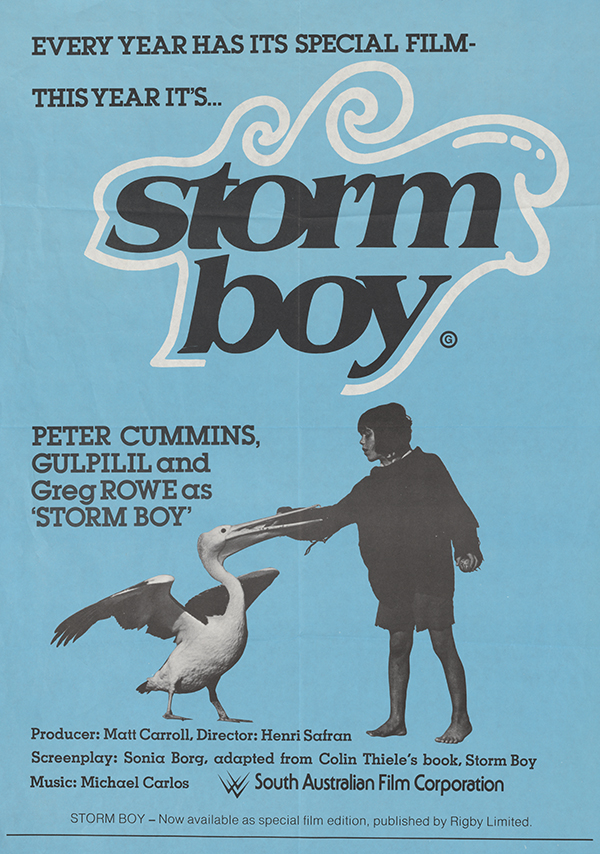 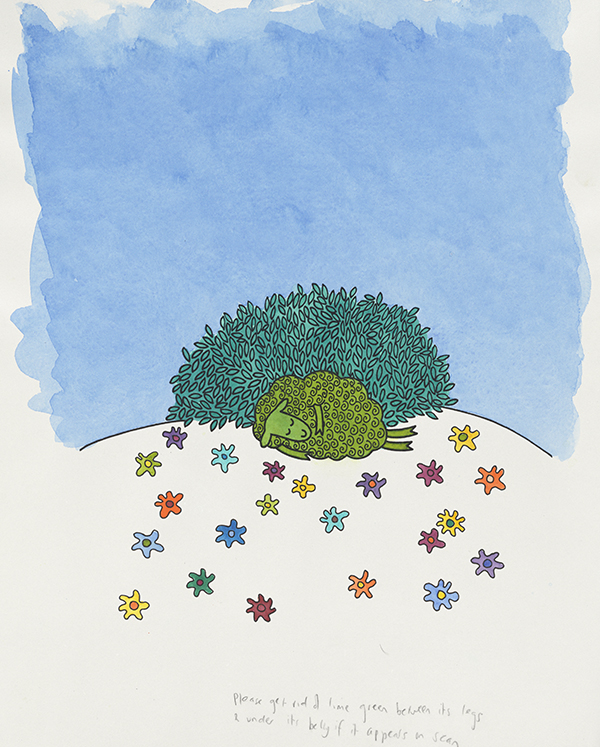 Judy Horacek, Artwork for Where is the Green Sheep?, Written by Mem Fox, 2004, book published by Penguin, in Papers of Judy Horacek, nla.cat-vn4838339, reproduced by permission of Penguin Random House Australia Pty Ltd

Imagination can take us anywhere. Many children live happily in a world of make-believe, an existence some adults would relish. Authors and illustrators of children’s books bring imaginary and distorted worlds to life, creating works inhabited by curious creatures and magical beings. These include fairy tales and fantasy books, as well as those that add a bit of magic into a story and encourage us to believe that anything is possible. 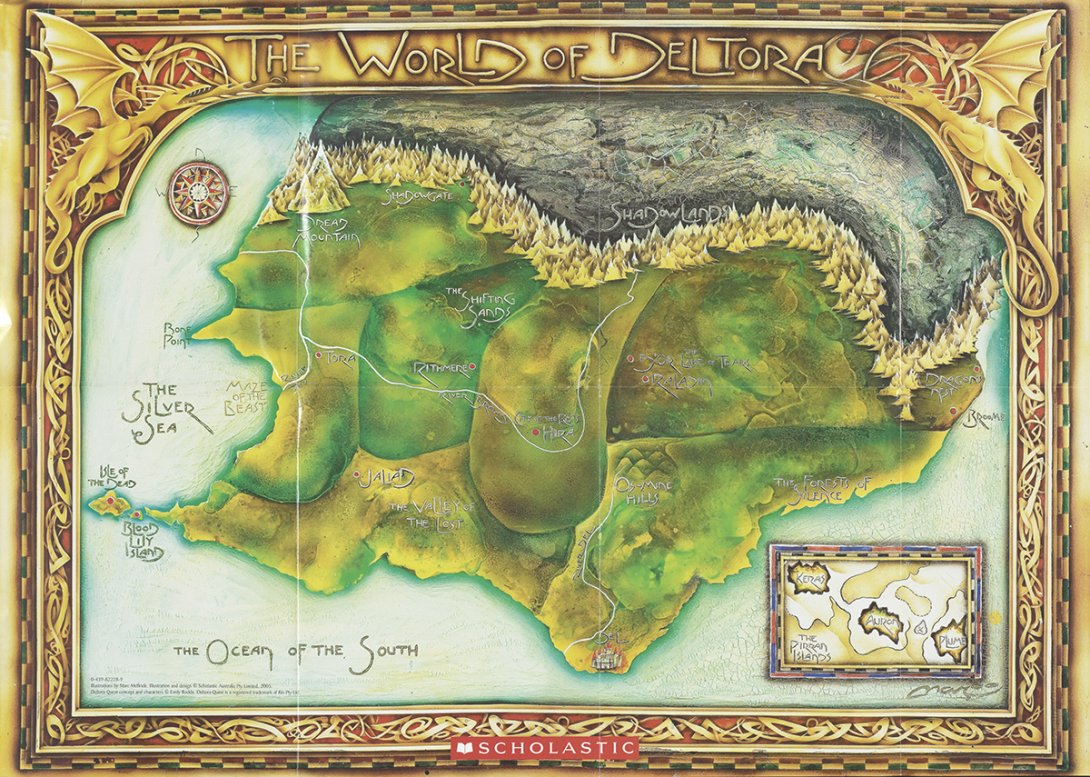 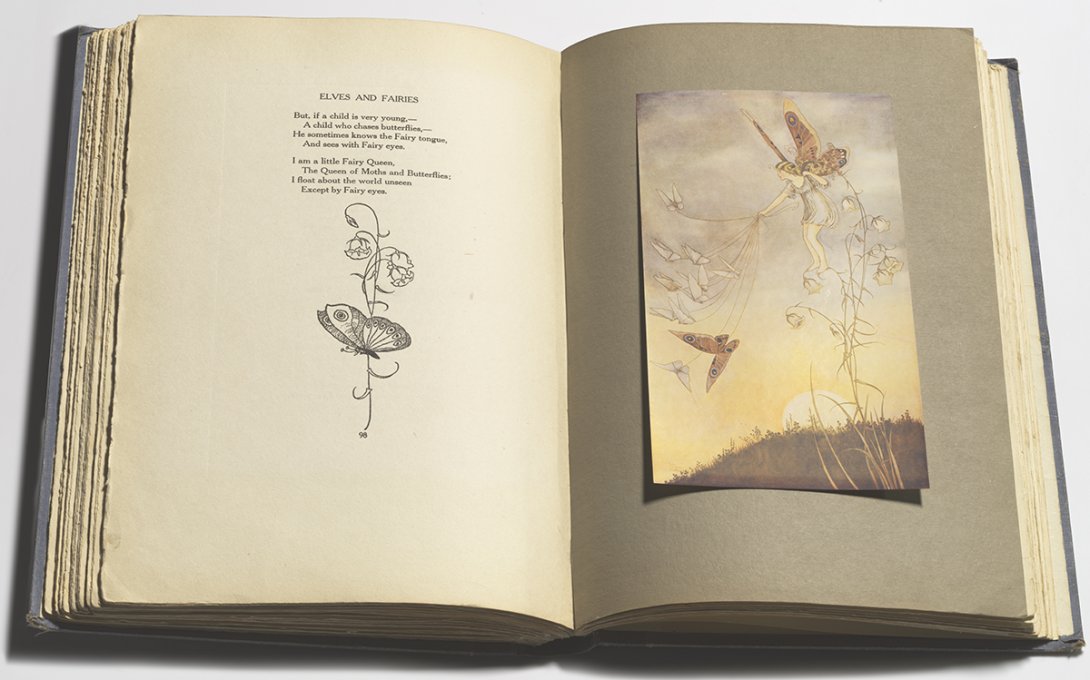 Children love adventure, ranging from travelling long distances to simply playing outdoors. From the escapades of Mulga Bill to Sophie Scott’s journey to the Antarctic, we—and our children—have journeyed vicariously with numerous characters through books. Some stories revolve around the silly antics of adults and magical creatures, whereas others explore children’s journeys and those of real and imagined beings. Many of these are fun, while others are scary. 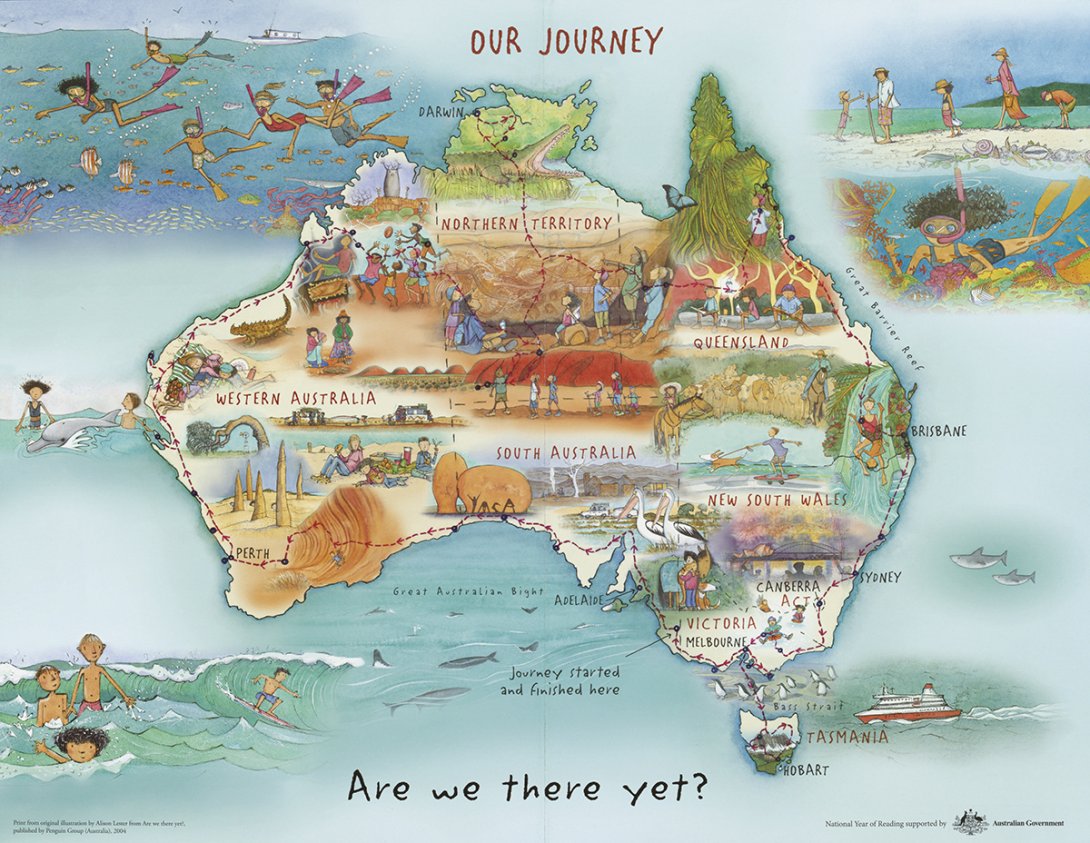 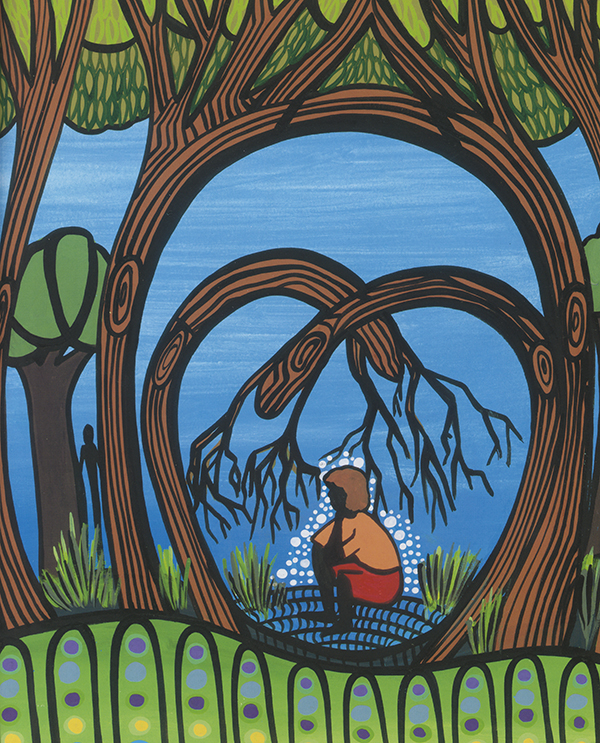 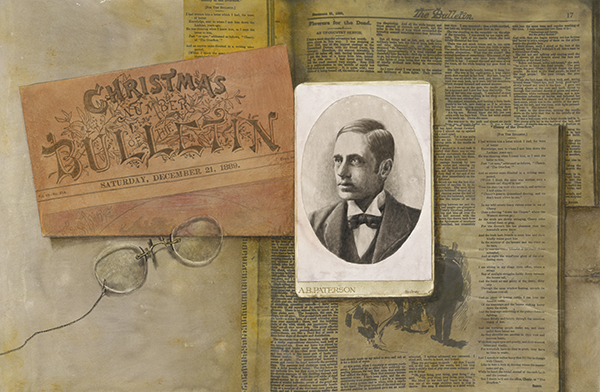 Writing and illustrating a children’s book involves many steps. Sometimes one person takes on both tasks, while at other times an author and an illustrator work together to bring a story to life. Countless drafts, conversations, edits and revisions take place before the final version appears in the form of a book. This fascinating creative process occurs for every story and, by looking at some of the preliminary components alongside final illustrations and published versions, we gain a deeper appreciation of the work that went into it. 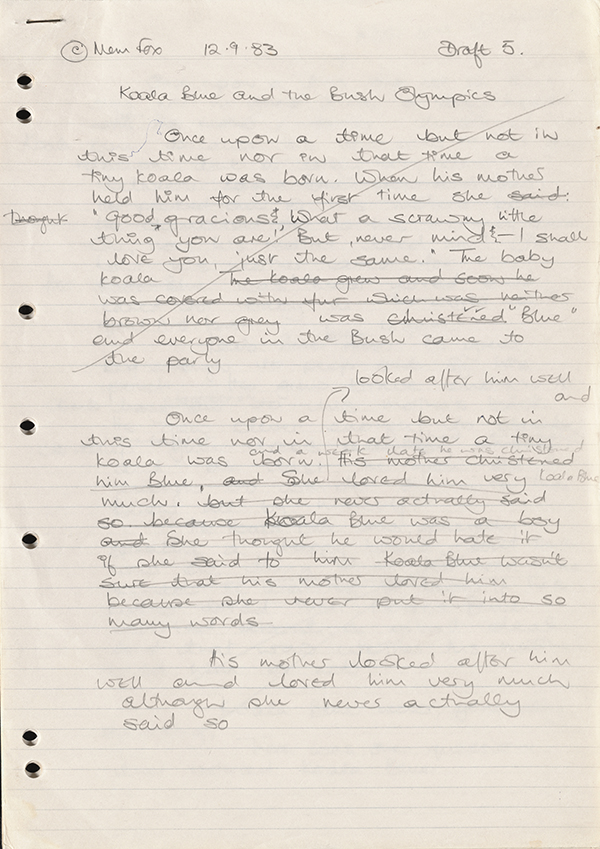 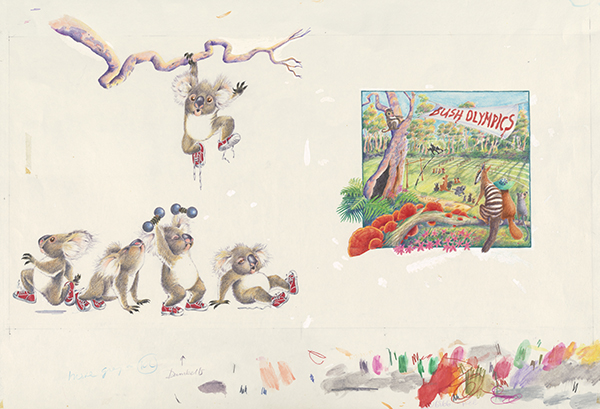 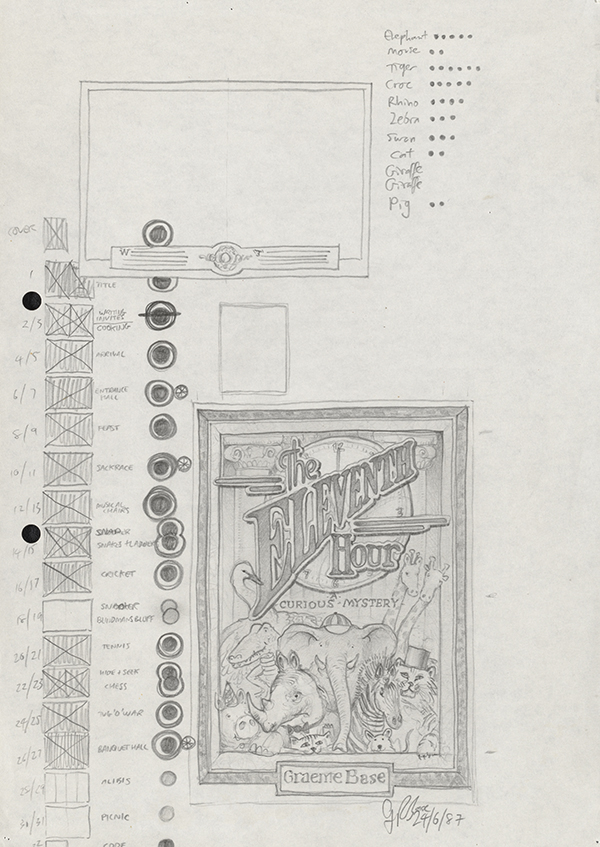 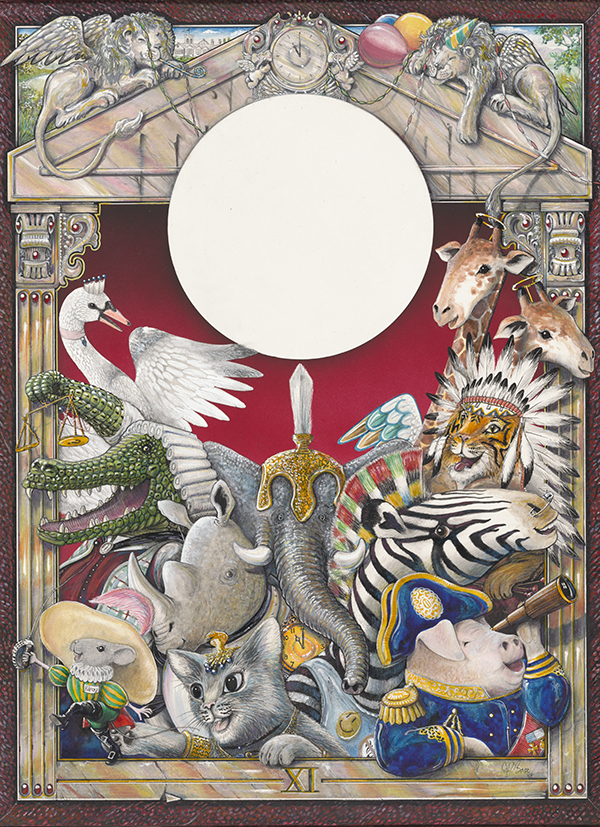 Graeme Base, Artworks of the Cover and Title for The Eleventh Hour, c.1989, book published by Viking Kestral, National Centre for Australian Children’s Literature 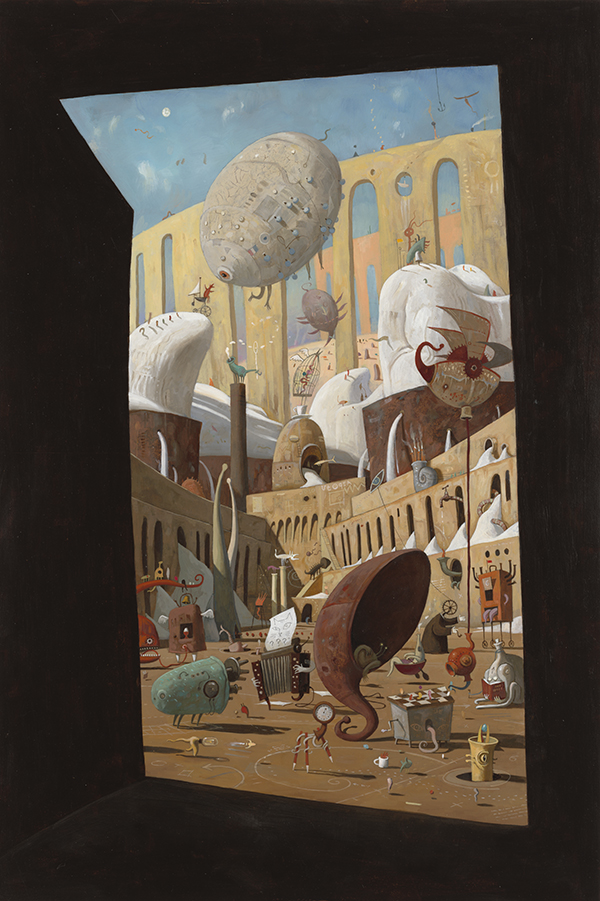 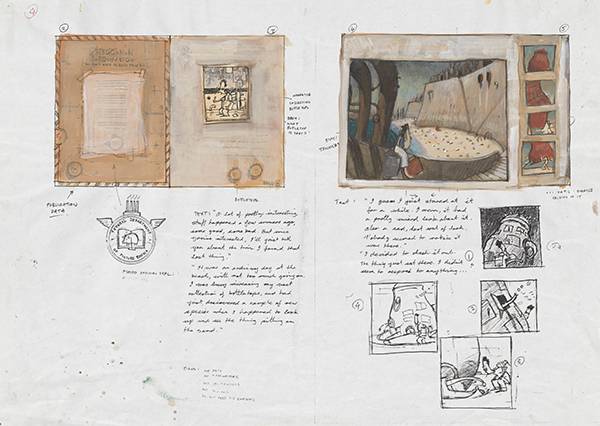