Cook knew Australia as New Holland from Dutch maps of the seventeenth century, and its peoples from William Dampier's bestselling voyage account of 1697. Though Cook's ships visited the east coast of Australia on all three Pacific voyages, the most exhaustive encounter was the Endeavour's passage northwards between April and August 1770. On the second voyage, the Adventure spent time in Van Diemen's Land, which was visited again on the third voyage by Resolution and Discovery.

The local people managed the land in ways mostly unseen by the Europeans, who were also unaware of their rich oral traditions. There were few interactions, as communication was difficult and sometimes misunderstandings led to violence.

The flora and fauna seen on the Endeavour voyage were unlike anything Europeans had seen before and were comprehensively observed, collected and documented. 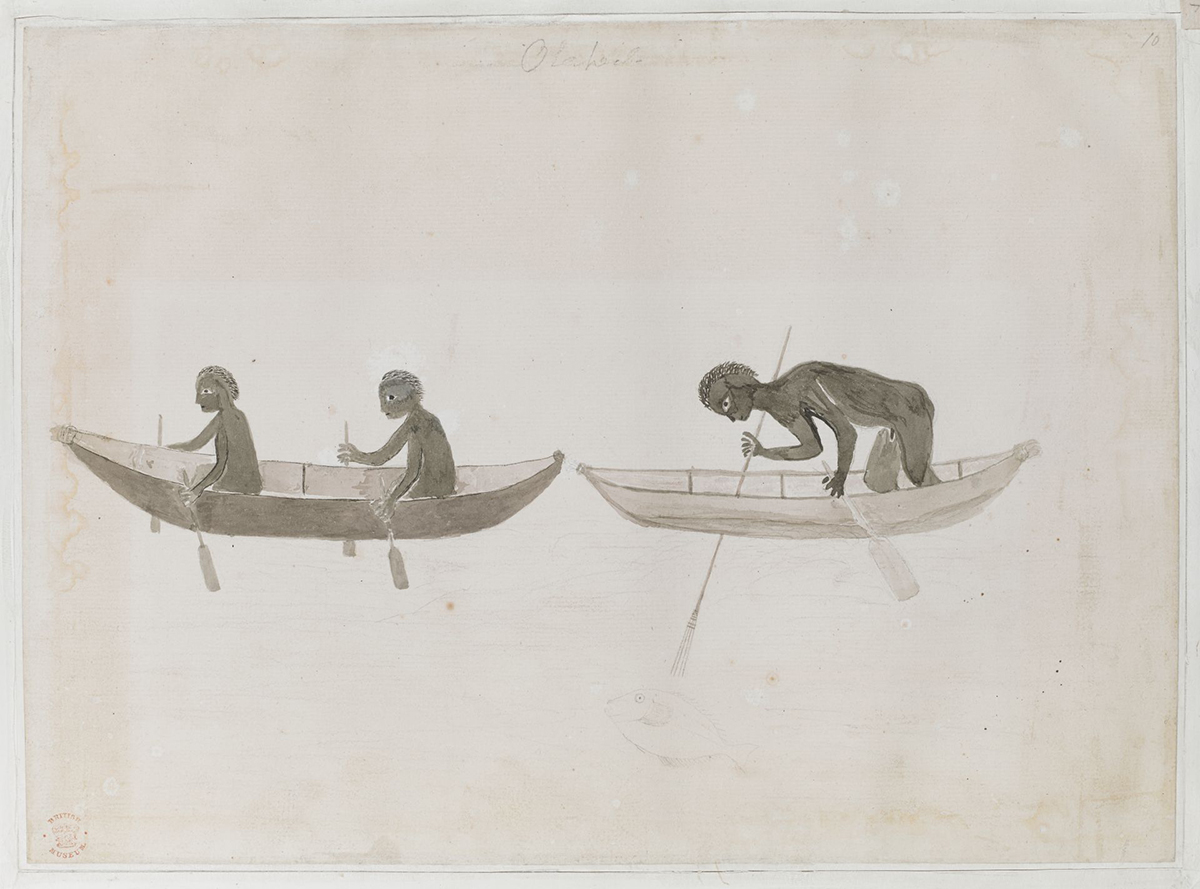 This sketch is by the Polynesian high priest and navigator Tupaia, who joined the Endeavour voyage in the Society Islands. Tupaia played a pivotal role as an intermediary and navigator, particularly in New Zealand. He died in Batavia in late 1770. This painting shows local people fishing at Botany Bay. In his journal entry for 28 April 1770, Joseph Banks describes a similar scene:

By noon we were within the mouth of the inlet which appeard to be very good. Under the South head of it were four small canoes; in each of these was one man who held in his hand a long pole with which he struck fish, venturing with his little imbarkation almost into the surf. These people seemd to be totaly engag’d in what they were about: the ship passd within a quarter of a mile of them and yet they scarce lifted their eyes from their employment. 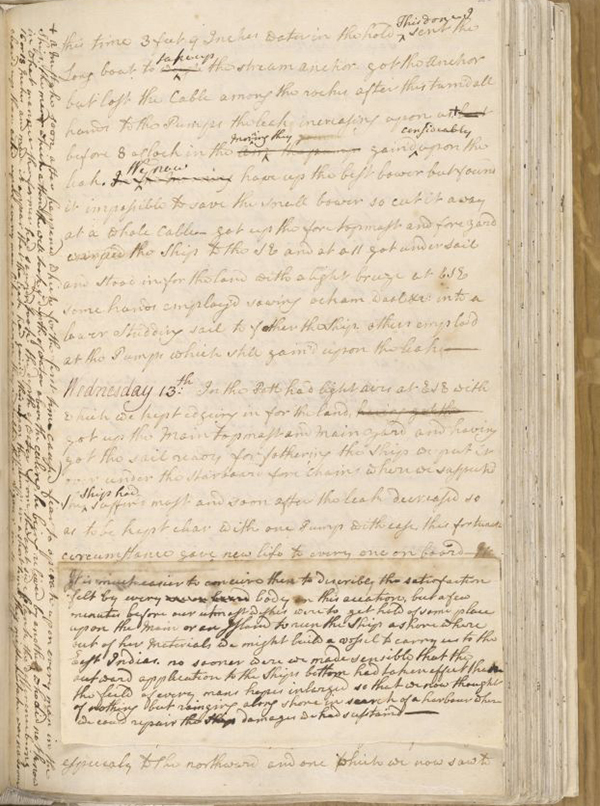 This is the journal Lieutenant James Cook kept on the Endeavour voyage. It is in Cook’s own handwriting and is today considered a foundational treasure of the National Library of Australia. It is still a draft, though a fair copy, with crossings-out and amendments, which show careful rethinking and reworking by Cook. The Journal is all the more important as Cook had little control over the official account of the voyage, which was edited by John Hawkesworth.

A Plan of 'Sting-ray Bay' 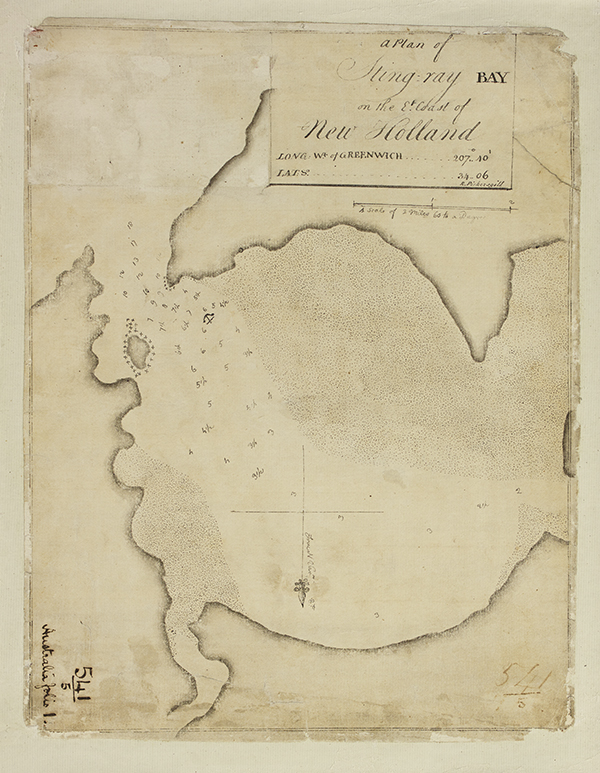 Cook’s first name for Botany Bay was ‘Sting-ray Bay’, after the rays they caught there. In his journal entry for 5 May 1770, Pickersgill describes the bay:‘it is form’d by two Low pts: between which their is a Passage of one mile with 12 fm water … in two large Lagoons off the So[uth] shores lies large flats with only 6 & 7 feet water upon them is a great Quantity of Stingerrays’.