Cook's death attracted huge attention in Britain and across Europe. Catherine the Great of Russia was 'greatly concern'd' to hear of his 'untimely death', as was George III of England.

Cook's voyages and his achievements, not to mention the man himself, were written up and memorialised in different ways, in print, image and object. There were also performances, notable among them the pantomime production Omai, or, a Trip Round the World which opened in Covent Garden in December 1785. Meanwhile, accounts by the men who had sailed with Cook proliferated.

The Apotheosis of Captain Cook 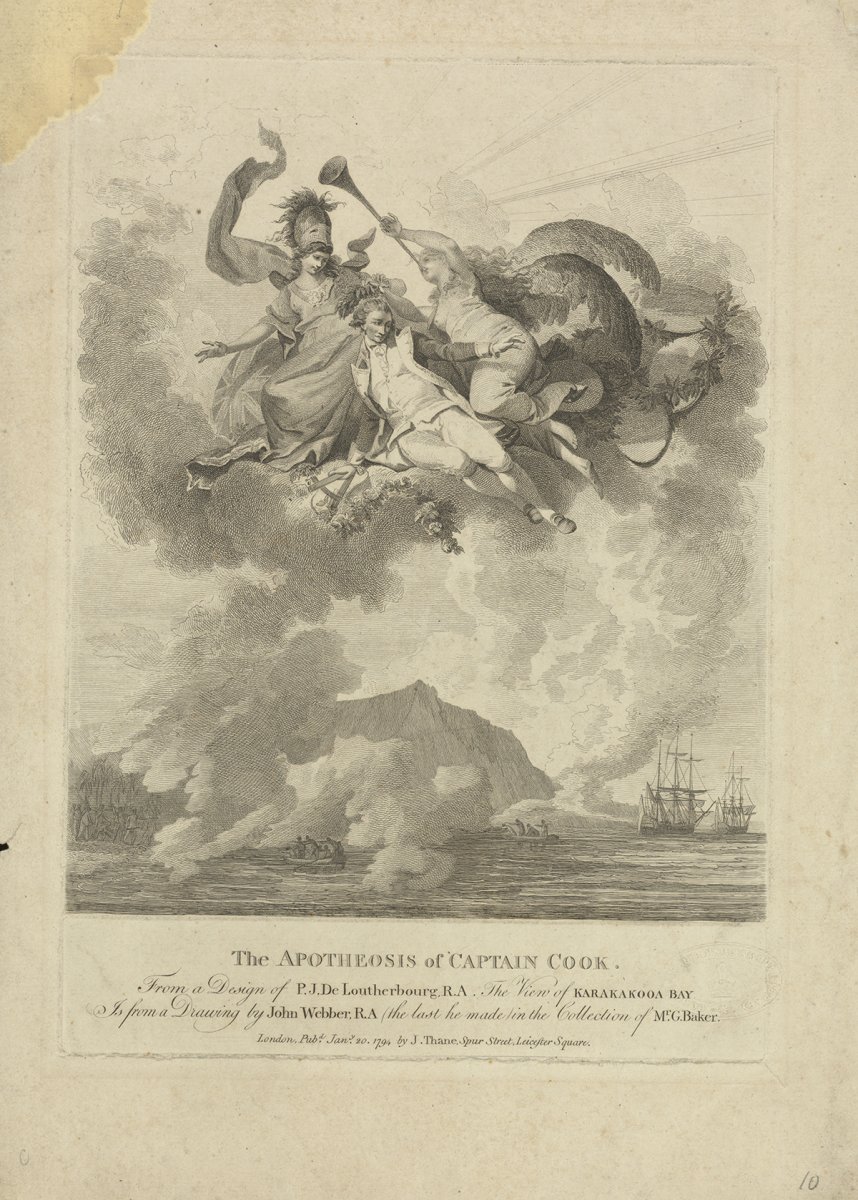 Cook ascends to heaven from Kealakekua Bay while his companions fire at the people on the shore. A painting of the scene may have concluded the 1785 pantomime Omai, the libretto at this point noting, ‘A Grand Painting descends’. One newspaper account recorded: ‘The entertainment concludes with an apotheosis of Captain Cook, crowned by Fame and Britannia.’