As his voyages faded from living memory, Cook became the stuff of legend. In the 1970s authoritative editions of voyage journals, and detailed studies of the art and artefacts from the voyages, gradually revealed a nuanced story. Cook had himself been uneasy about the impact of his voyages on peoples of the Pacific.

He has come to embody ideas of civilisation and also colonisation. To some, the voyages led to events which undermined sovereignty and initiated human tragedy. To others, Cook's legacy has been woven more readily into national histories and identities. The question of how perceptions of Cook have evolved since the 1770s continues to inspire artists and fuel debate. 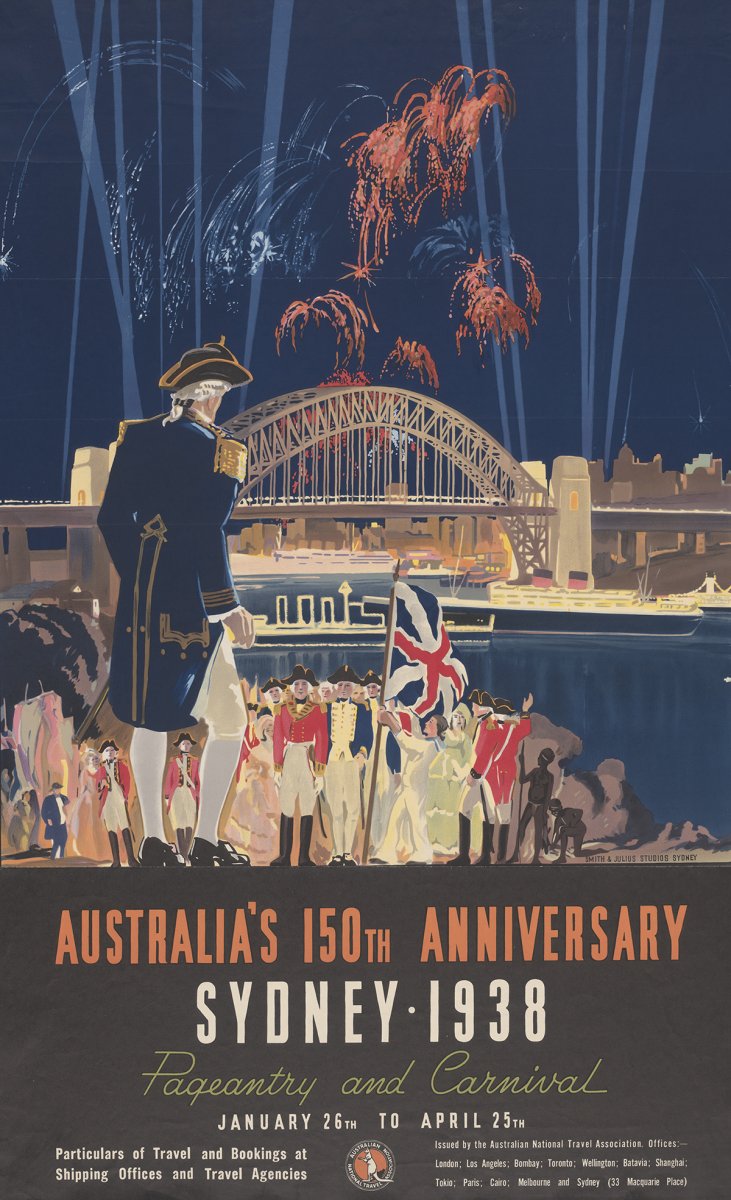 This poster was produced for celebrations surrounding the 150th anniversary of the landing of Captain Arthur Phillip and the First Fleet at Sydney Cove in 1788. With his back to the viewer, a Cook-like figure oversees the scene, which includes a depiction of the landing of Phillip and his men, with two Aboriginal men off to the side. There are fireworks over the Sydney Harbour Bridge, which had opened just six years earlier.