Over the three Pacific voyages, the Society Islands held a special place for Cook and his men. They found them–especially Tahiti, Mo'orea, Huahine, Ra'iatea, and Bora Bora (now part of French Polynesia)–to be a kind of Arcadia at times.

Relationships with the islanders evolved, beginning in Tahiti which had been recommended as the ideal location for observing the 1769 transit of Venus by Samuel Wallis, commander of the Dolphin voyage (1766-68).

Interactions with the islanders were extensive, sometimes ambiguous, though usually amicable. They involved sex, friendship and conflict; trade and thieving; respect and violence; and participation in, and observation of, customs, performances (heiva) and rituals. Both the British and the islanders were changed by their interactions, and both advanced their own causes. Voyage artists documented the people met and places visited.

Assistant surgeon William Ellis took this view inland from Tautira on the south-eastern coast of Tahiti in August 1777. In his account, he wrote about this place: ‘The face of the country here exhibits a very different appearance from that of the Friendly Isles. Mountains and vallies, hills and dales, and in short every thing to conspire to form the most romantic views imaginable.’

In the rituals that followed the death of a Society Islands chief, the ‘chief mourner’ (usually a relative of the deceased) would rage around the village, accompanied by attendants, scaring all who crossed his path. On 10 June 1769, Joseph Banks was allowed to participate, playing the role of one of the attendants. This chief mourner’s costume is one of at least 10 collected on Cook’s second Pacific voyage. Highly valuable, they were made of rare materials by expert craftspeople. 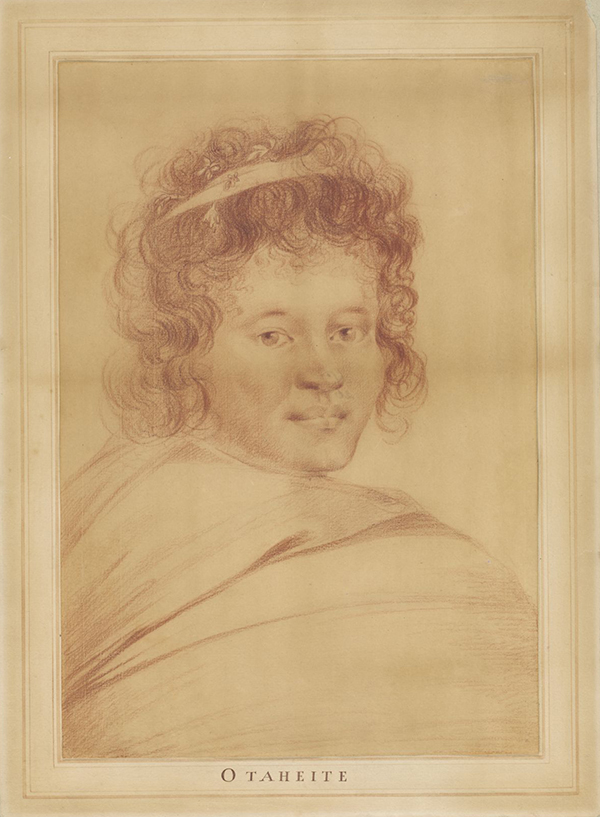 Tynai-mai was a Ra’iatean princess. In his voyage account, naturalist Georg Forster described her in this way: ‘Her eyes were full of fire and expression, and an agreeable smile sat in her round face. Mr Hodges took this opportunity of drawing a sketch of her portrait, which her vivacity and restless disposition rendered almost impossible.’ This portrait comes from a set of 18 chalk portraits by William Hodges held by the Library, of people met on the second Pacific voyage. 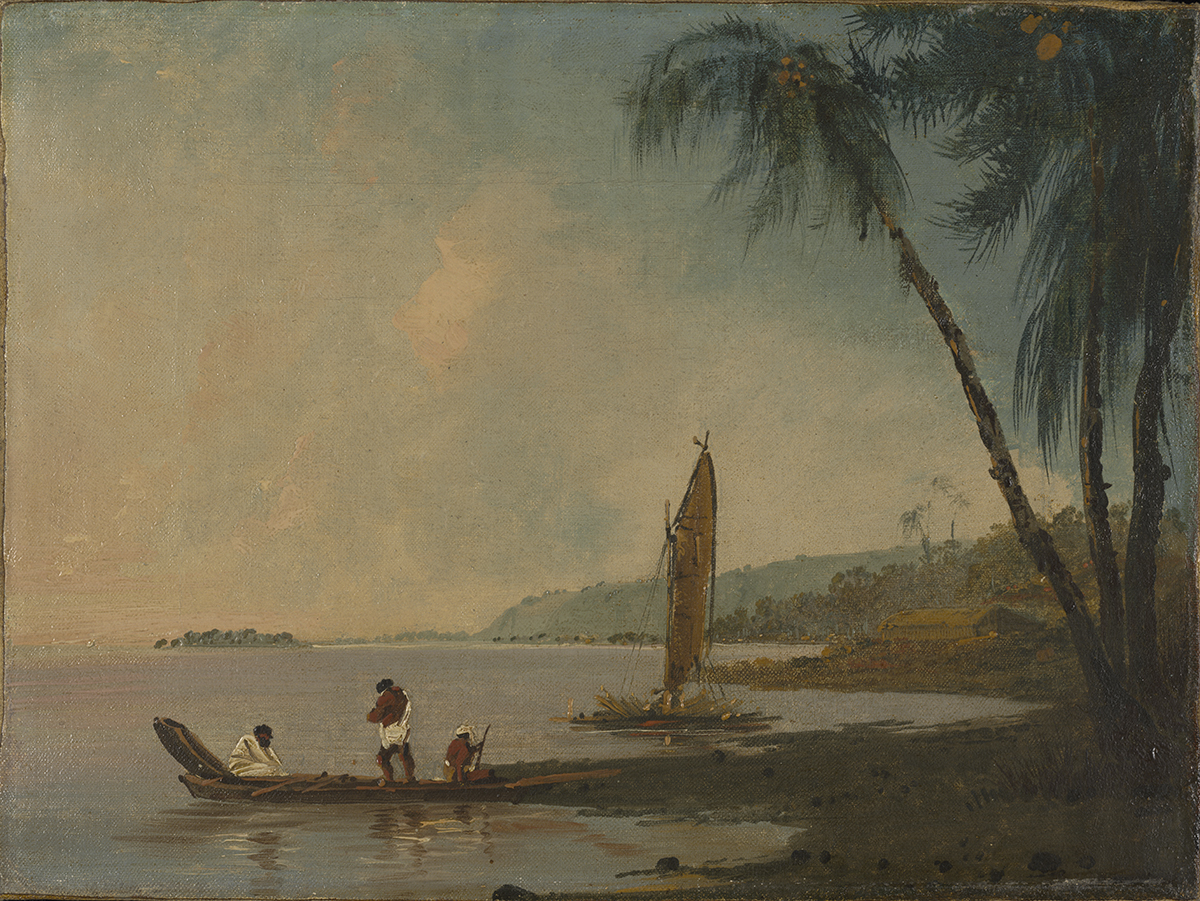 William Hodges, artist on the second Pacific voyage, specialised in landscapes. His work expertly captures the light of lands unseen by European artists. This painting was taken at the place where Cook’s Endeavour voyage had observed the Transit of Venus on 3 June 1769. Hodges delivered a series of large, spectacular oil paintings to the Admiralty in the years after the voyage.

One of the biggest challenges facing eighteenth-century scientists was the size of the solar system. Astronomers thought there were six planets that orbited the sun but didn’t know the exact distances. At that stage, they didn’t know about Uranus, Neptune or Pluto.

They believed the planet Venus was the answer to determining how far the planets were from the sun.

Transits of Venus come in pairs, eight years apart, every 120 years. There was a Venus transit across the sun in 1761 but poor weather meant it wasn’t documented properly. So there was one last chance to document the next transit of Venus in 1769 before the next opportunity in 1874.

Britain’s leading scientific organisation, the Royal Society, joined forces with the Royal Navy to commission an expedition to observe the Transit of Venus in Tahiti.

Together, they observed the Transit of Venus in a special fort in Tahiti on 3 April 1769. 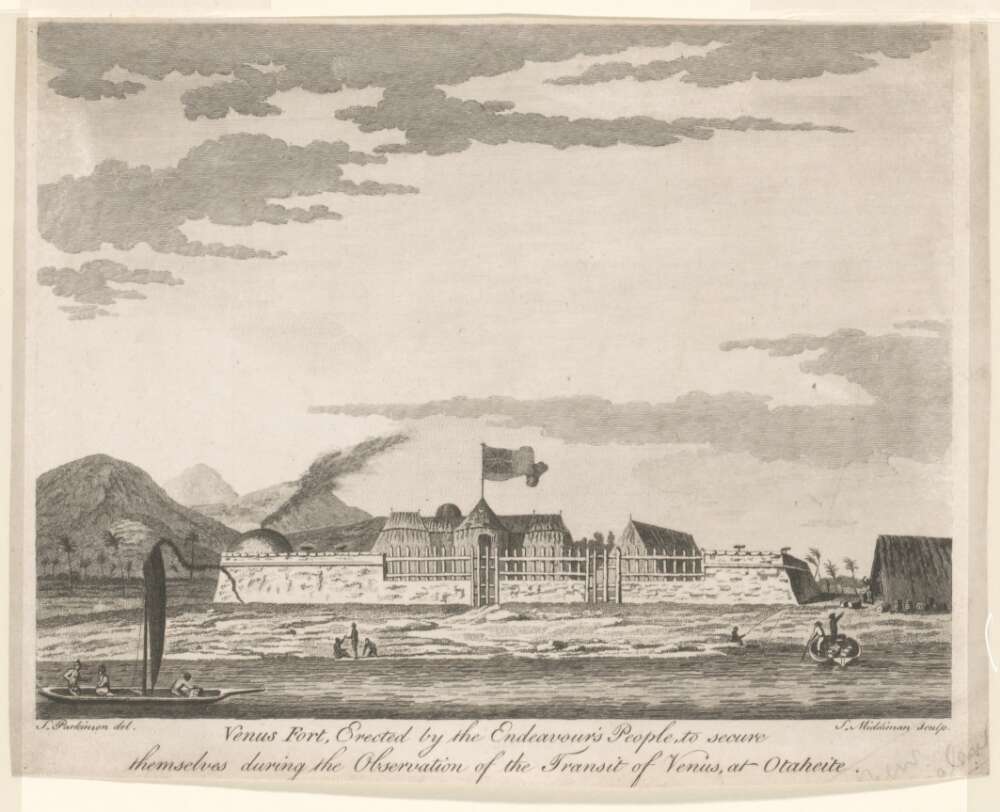 Tupaia was a Polynesian tahu’a (priest) and navigator who joined the voyage at the Society Islands and remained on it until his death in December 1770.

He was proficient in navigation, meteorology, astronomy and geography.

He impressed Cook and his crew by identifying 130 islands surrounding his home, including the names of 74. Some of the islands were thousands of nautical miles away.

The chart representing these islands can be seen in the Cook and the Pacific exhibition.