For over 200 years, painters, printmakers and photographers have been in a creative conversation with the built environment. The images of these artists have documented, interpreted and celebrated a variety of buildings, from the inner-city terrace and the humble bush cottage to the Opera House and Flinders Street Station. Sometimes beautiful, sometimes ugly, these buildings are the backdrops to life. They reflect a sense of identity, hopes and dreams, rendered in bricks and mortar. Please enjoy this journey through the built environment, with material drawn exclusively from the collection of the National Library of Australia. 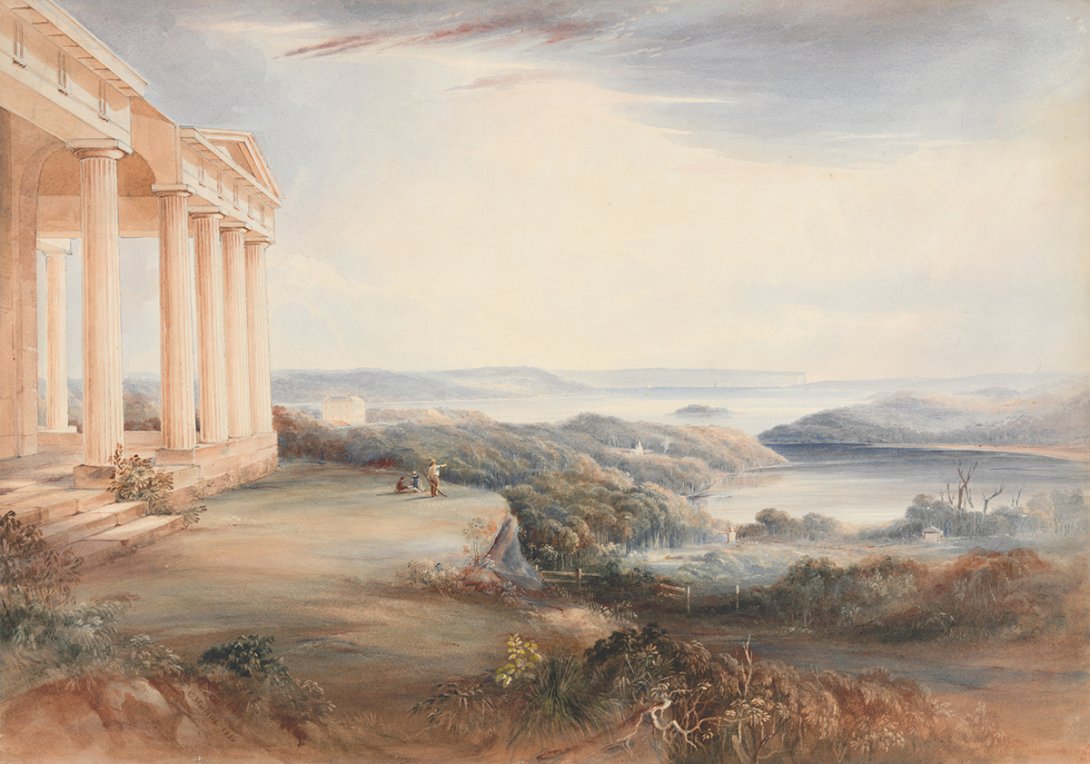 Since the arrival of the First Fleet in 1788, European artists have recorded the development of the Australian colonies. Throughout the nineteenth century, they produced paintings, prints and photographs of streetscapes and major public buildings in the new cities and towns. They also documented Indigenous Australian dwellings and farm buildings on frontier properties. Often commissioned by governments and landholders, these images were seen as proof of the success of European settlement. The dispossession of Indigenous people and the changes made to the natural environment were rarely addressed in these celebratory images. 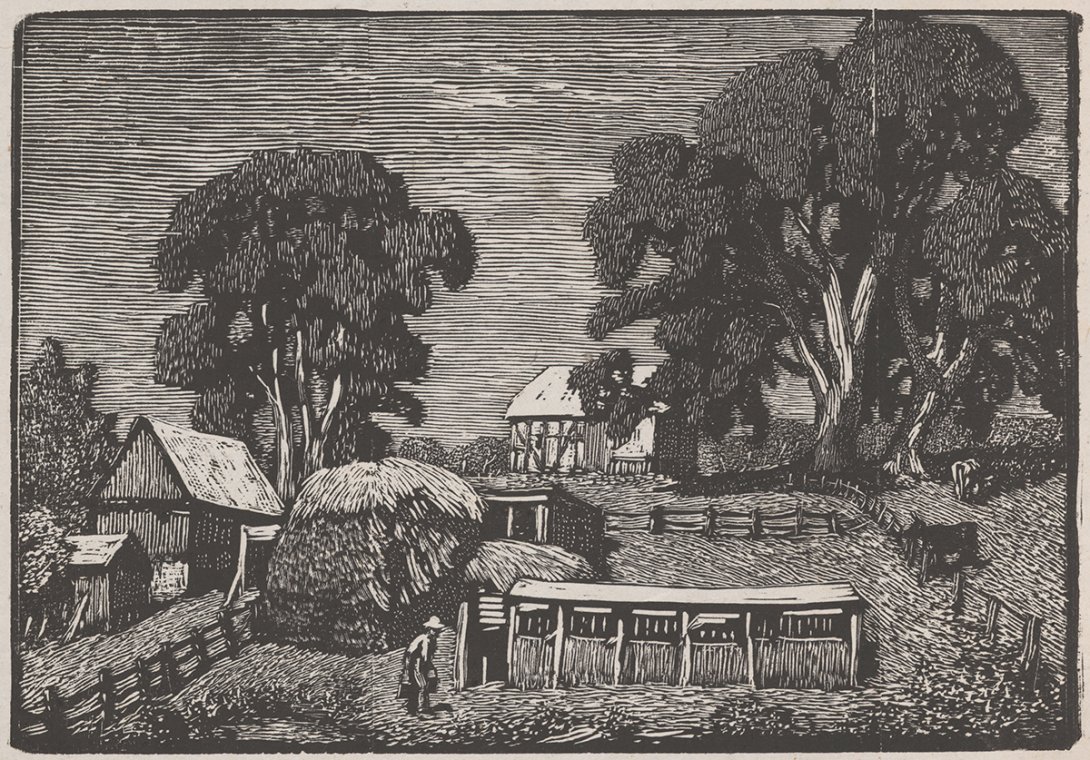 In the first decades of the twentieth century, many artists produced sentimental pictures of Australia’s colonial past. Artists like Lionel Lindsay, Harold Cazneaux and Hardy Wilson created romantic images of old Sydney, the bush and grand colonial buildings. It was a built environment that they saw as important to Australian identity but under threat. Two trends that influenced these images were the revival of etching in printmaking and a more impressionistic and expressive approach to photography. 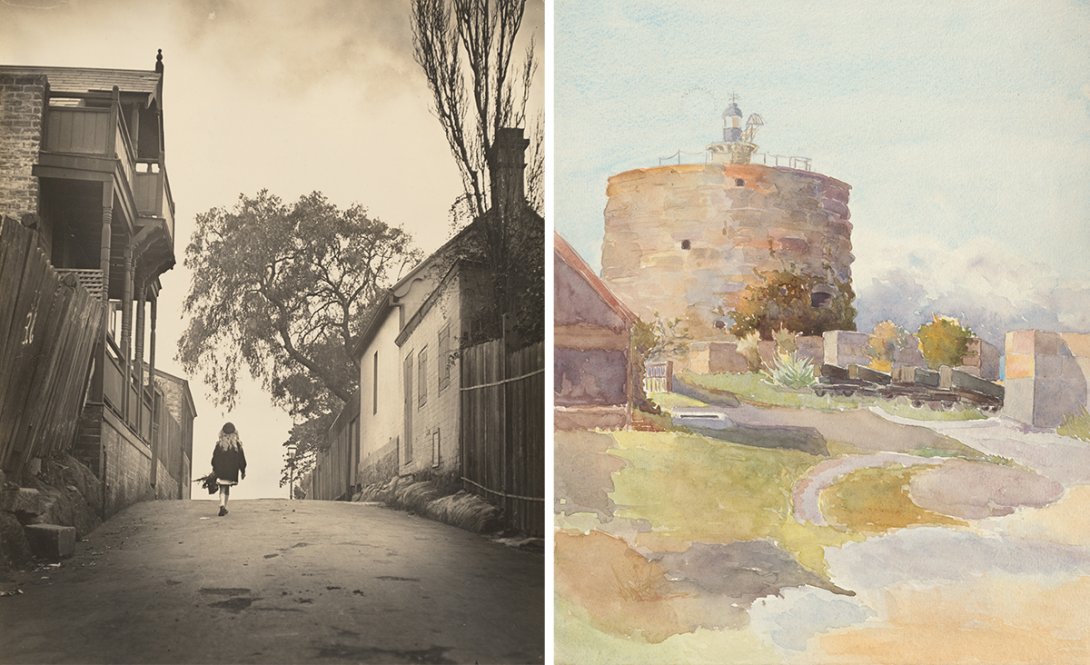 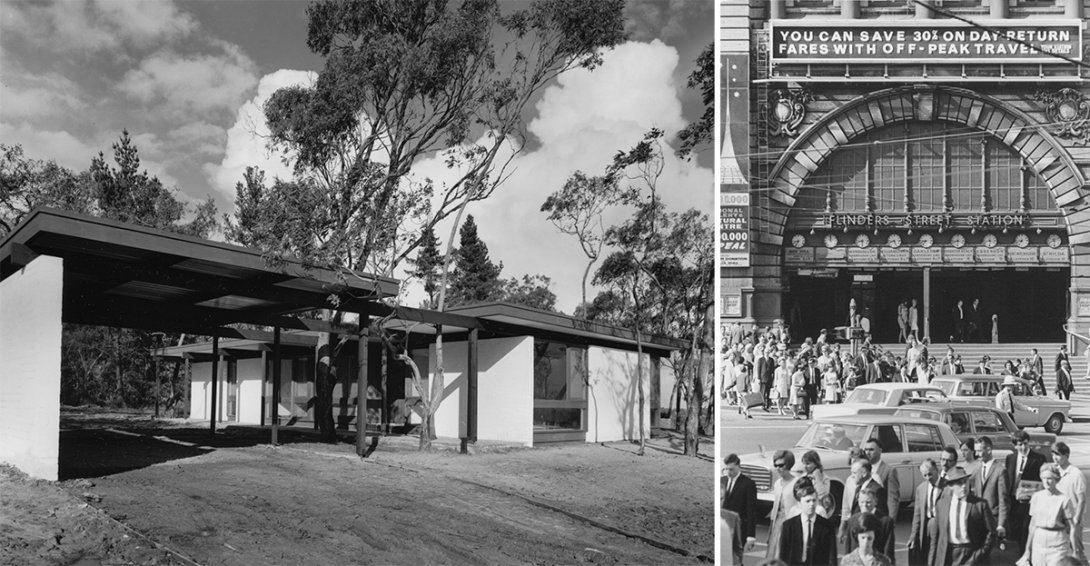 In the middle of the twentieth century, modernism began to dominate Australian photography, architecture, design and literature. A collection of ideas rejecting the styles of the past, modernism was a response to the massive social, political and technological changes happening in the Western world. The common elements of modernist photography were composition that embraced abstraction; severe contrast between shadow and light; sharply delineated forms; and an energetic interaction of vertical, horizontal and diagonal lines. This perfectly matched the clean lines of Australia’s postwar architecture, but was also used to capture old buildings and familiar streetscapes in a new way. 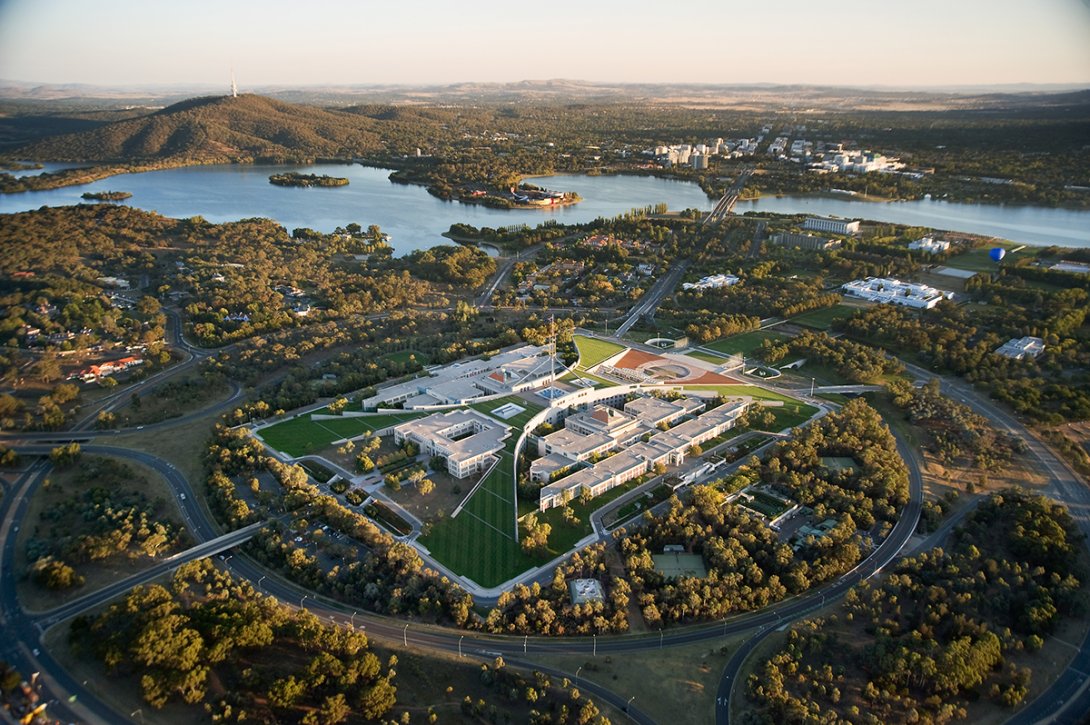 Capturing the Ordinary, Preserving the Old 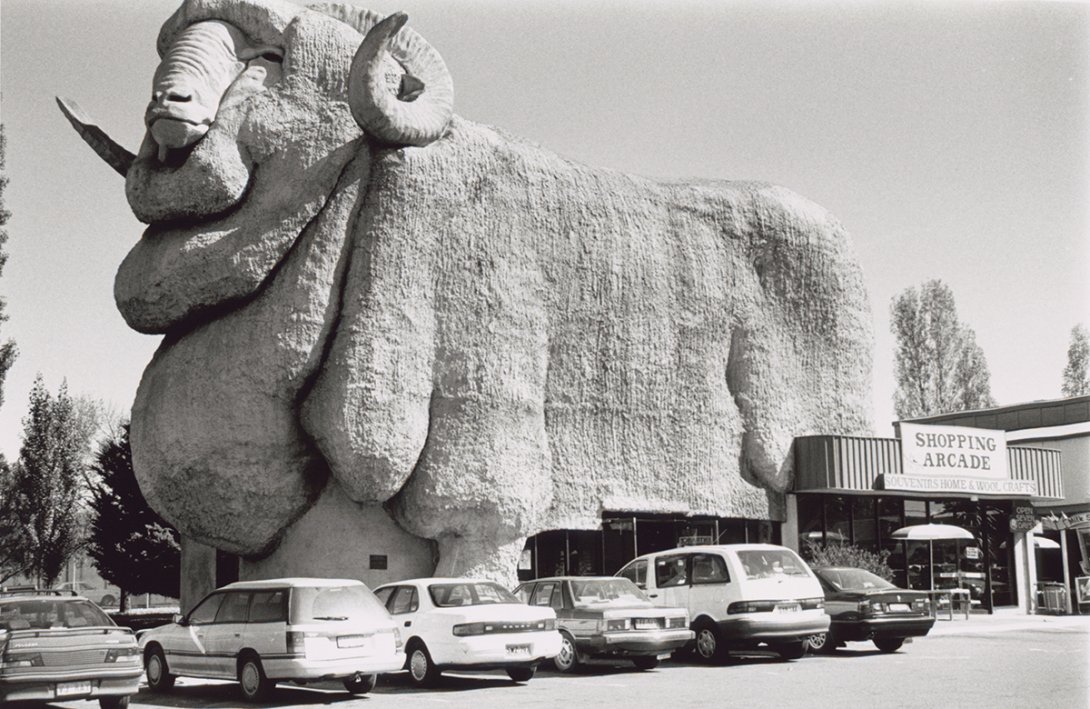 Artists and photographers working in the latter part of the twentieth century continued to be inspired by the beauty and formal qualities of architecturally significant buildings. But this was just one of many ways they represented Australia’s built environment. Photographers also made the mundane and ugly compelling and beautiful, capturing ordinary buildings where ordinary lives played out.

With the rise of the heritage movement, artists created images that visually communicated why buildings are worth seeing and saving: not just because they are architecturally significant, but because they tell us something about ourselves and the rich variety of Australian life.

Australian Dreams: Picturing Our Built World is on until 31 January 2021.