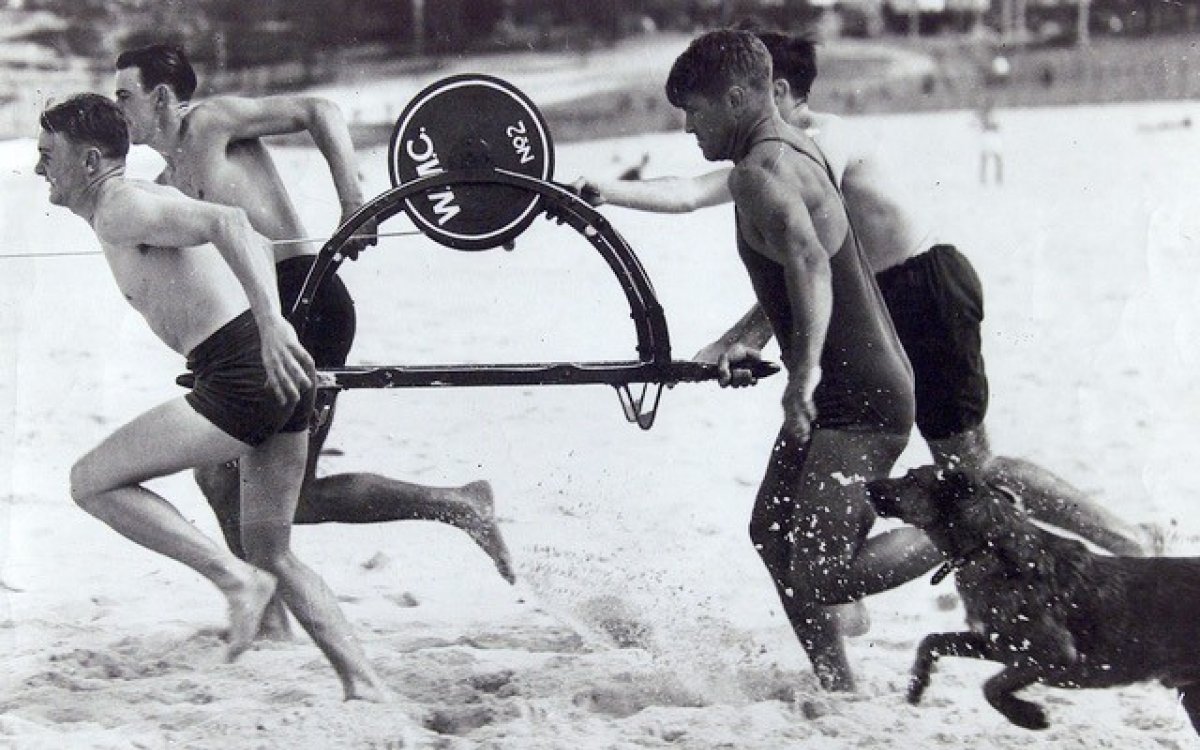 Members of the Bondi Surf Bathers’ Life Saving Club in training with a surf reel, 1939. Image courtesy of the BSBLSC.

From ancient titanosaur fossils at the Eromanga Natural History Museum in far West Queensland to the Cowra Japanese Garden in central New South Wales; from the Her Place Women’s Museum in Melbourne to the Western Australia Cricket Association, community organisations across the country have received Community Heritage Grants to help them care for nationally significant heritage collections.

The Bondi Surf Bathers Lifesaving Club has received its first grant through the program, allowing the world’s oldest surf lifesaving club to investigate how they can document and preserve their archival collection, including the original surf reel and the Grand Old Flag, carried by Bondi’s Lieutenant Colonel Les ‘Sambo’ Sampson during World War II.

Chair of the Museum Committee for the club, Tanya Jackson, said the organisation was thrilled to be a CHG recipient in 2021.

“This grant will enable the Club to establish our heritage collection as nationally significant, helping us to improve care of the collection, identify items for conservation activities, help bring the collection closer to being digitally accessible, and assist in putting the collection on display for the Australian public,” she said.

The club joins an ever-growing community of grant recipients who are caring for nationally significant heritage, including organisations that have received multiple grants as part of a staged process.

This year, the Lutheran Archives in Adelaide have reached the third funding stage through the program and will use their grant to digitise magnetic media including fragile reel-to-reel film. Elsewhere, the Outback Gondwana Foundation will use its second grant to bring a trained conservator to the Eromanga Natural History Museum, where staff and volunteers work to uncover and preserve mega and micro fauna from one of Australia’s richest palaeontological sites.

Aileen Weir, Chair of the Expert Panel making final recommendations on applications, noted the vital support that the CHG program provides to community groups across Australia.

‘We are delighted to support such a wide range of organisations, particularly small, volunteer managed community groups, who otherwise would have no access to qualified heritage practitioners and very limited funding to appropriately care for much-loved collections,’ Ms Weir said.

Images and quotes for media can be accessed here.