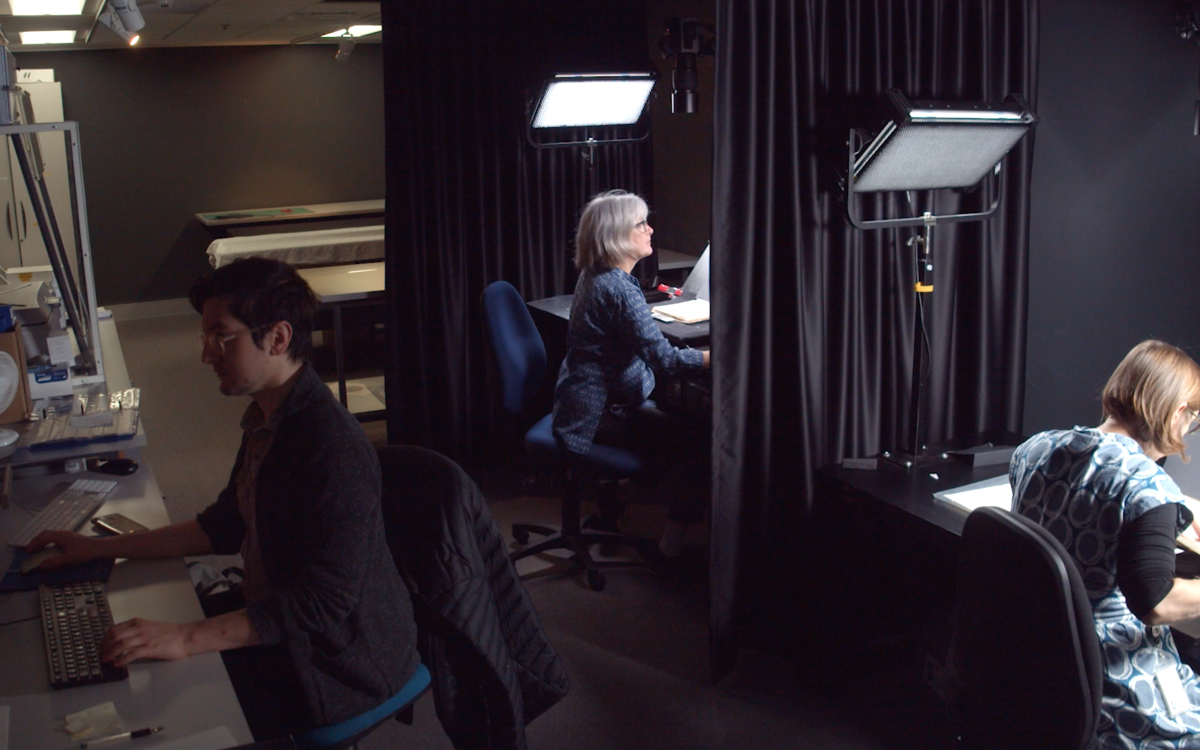 Staff work on the digitisation of new books

Volunteers sought to open the books on Australian history

Since 2009, the Australian community has been making recorded history easier to find online. They do this by accurately transcribing text from scanned newspapers so it becomes part of the Trove search engine.

Now, Australians will be able to volunteer their time to do the same activity on historical magazines, newsletters, almanacs and books digitised in Trove.

Trove contains 35,000 fully digitised books and approximately 51,000 magazines and journals. Magazines available for volunteers to transcribe include The Bulletin, Pacific Islands Monthly, Walkabout and the Bushfire Bulletin. There are currently over 5 million images of magazines, newsletters and books available for volunteers to transcribe – commonly known as text correcting.

Current volunteer Mr John Warren said: ‘I am very pleased with these changes. Text correcting for books, magazines and newsletters is similar to how we currently text correct newspapers. I also had a good laugh at some of the articles which lead me to look at a broader range of material in Trove for relaxation.’

Colin Sweett, Project Manager, Treasured Voices Program said: ‘We are looking forward to making our collection available to more Australians – to help them explore personal interests, for work and for study. For those interested in volunteering their time, I recommend that they start by searching for articles on topics that interest them, such as hobbies or local history.’

Trove is Australia’s online culture and research portal. It brings together content from the National Library of Australia, State and Territory libraries, and hundreds of other libraries, cultural and research institutions around Australia. It provides a single point of entry to a treasure trove of national voices and stories.

Offering free access to approximately 6.5 billion records from Australia’s recent and distant past, Trove welcomes over 68,000 users from across the nation and around the world each day.

Trove is a useful resource for anyone with a hobby, passion or research project; and is also a valuable source of information for the Aboriginal & Torres Strait Islander (ATSI) and Culturally & Linguistically Diverse (CALD) communities.

Since 2009, more than 400 million lines of text has been corrected.

In 2021, approximately 3,300 community members engaged in text correcting each month, correcting an average of 3.5 million lines of text per month.

What is text correcting?

Digitised newspapers and some digitised magazines, newsletters and books in Trove are accompanied by a transcript of the original material. These transcripts are created by a computer process called Optical Character Recognition (OCR). Although the best available OCR software has been used, the resulting transcript text is not always correct, especially if the original source was blurry, faint or in otherwise poor condition.

The National Library encourages Australians to text correct – to transcribe the automatically generated content so that it matches the original article. No changes are made to the material’s original content.