James Francis Hurley (1885–1962) was born in Sydney and educated at Glebe Public School. At the age of 13 he ran away from school and worked in a steel mill at Lithgow. In 1900 he returned to Sydney. He became interested in photography and in 1905 joined Harry Cave in a postcard business. He quickly established a reputation for the high technical quality of his work and for his willingness to take risks in order to obtain spectacular images. He held his first exhibition in 1910.

In 1911 Hurley joined the Australasian Antarctic Expedition, led by Douglas Mawson, as the official photographer. He took both still photographs and movie film and on his return to Australia in 1913 he produced the film Home of the Blizzard. In 1914 he joined the Antarctic expedition led by Sir Ernest Shackleton and took his most famous photographs, showing the ship Endurance being gradually crushed in the pack-ice. He completed his film In the Grip of Polar Ice in 1917. In the same year he joined the Australian Imperial Forces as official photographer and served in both France and the Middle East, where he photographed the Light Horse capturing Jericho. In 1920–23 he made two long filming expeditions to the Torres Strait Islands and Papua, resulting in a film and a book, Pearls and Savages. In 1929 he returned to the Antarctic with Mawson and the British Australian New Zealand Antarctic Research Expedition and made two films. 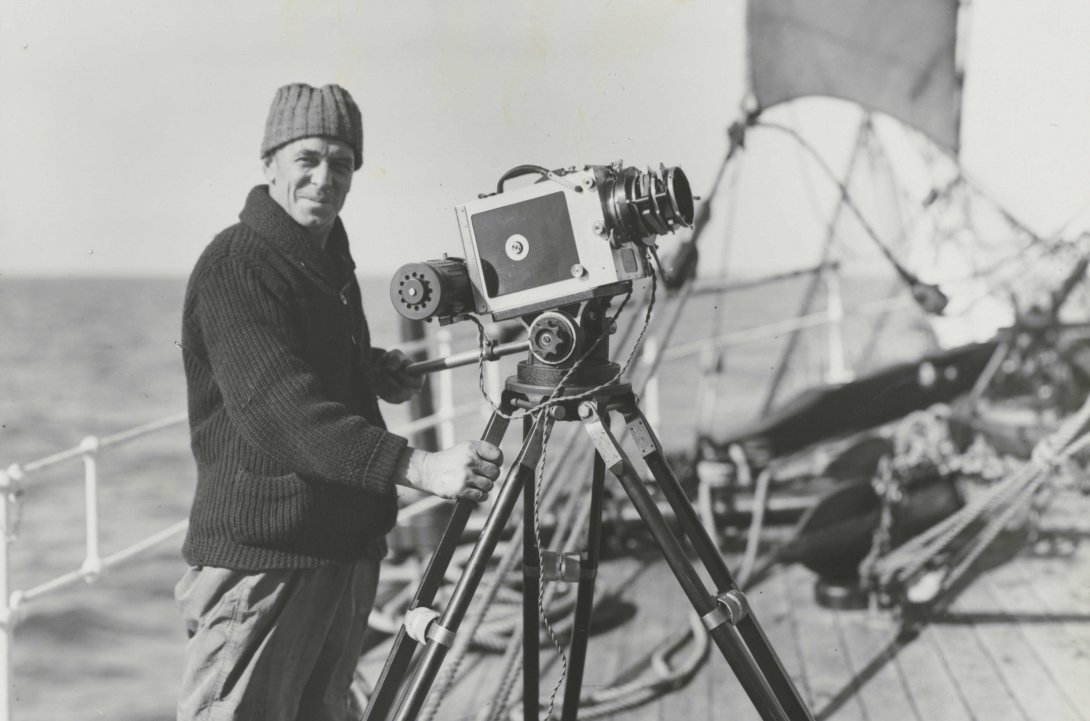 In the 1930s Hurley worked with the Cinesound studio as a cameraman and later as the head of its special documentary unit. In World War II he was again the official photographer with the Australian Imperial Forces in the Middle East. In his later years he travelled extensively in Australia, published several books of photographs, lectured and contributed articles to newspapers. He sometimes clashed with other photographers, but he always thrived as a lone adventurer, travelling to exotic places and producing films and books for Australian and British audiences. He was awarded the OBE in 1941.

The photographs, papers, maps and books of Hurley were purchased by the Library from his wife, Antoinette Hurley, in 1963–66. The transparencies and stereoscopic views were bought from Mrs Hurley in 1975. The 1921 diary of Hurley was purchased from the Sydney booksellers Berkelouws in 1978.

The Hurley Collection contains about 1000 exhibition prints, a quantity of miscellaneous prints, several photograph albums, a group of stereographs and over 10 000 black and white negatives and colour transparencies. They date from about 1911 until Hurley’s death in 1962.

The earliest photographs were taken by Hurley during the Australasian Antarctic Expedition in 1911–13. They depict the ship Aurora, Douglas Mawson, Xavier Mertz and other members of the expedition, Macquarie Island, Adelie Land, blizzards, sea elephants, penguins and petrels. There are a small number of photographs of Java taken following Hurley’s return to Australia in 1913. The photographs of the 1914–16 Antarctic expedition include the famous images of the Endurance trapped in the pack-ice and its gradual destruction. There are also photographs of Ernest Shackleton and other members of the expedition, Elephant Island, South Georgia and fjords.

The World War I photographs include the Ypres and Passchendaele battlefields, wounded soldiers, aircraft and landscapes in northern France and Flanders. There are also photographs of the Australian Light Horse and the Imperial Camel Corps in the Middle East. Many of the Middle East photographs are not dated and it is difficult to ascertain whether they were taken during World War I or World War II.

The main strength of the personal papers of Hurley are 29 diaries that he kept during the three Antarctic expeditions, as an official photographer in France and the Middle East in 1917–18, during the two expeditions to the Torres Strait Islands, Papua and New Guinea in 1921–23, and while serving in the Middle East and North Africa in World War II. There are also diaries that he kept on a flight from England to Australia in 1928 and on a tour around Australia in 1961. Other papers consist of several newspaper cutting books, manuscripts and typescripts of books and articles, film scripts, and passports, identification cards, press cards and other documents.

The Hurley Collection contains 33 cartographic items, mostly consisting of road and tourist maps and guides of the mainland states of Australia. They were produced by government agencies and oil companies, especially the Shell Company, in the 1950s. In addition, there is a map of Australian and New Zealand air routes (1958) and a manuscript map showing the route of the British Australian New Zealand Antarctic Research Expedition in 1929–31. 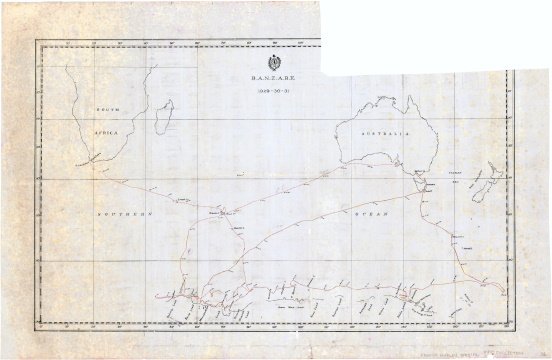 The maps in the Hurley Collection are kept together in the Maps Collection. A finding aid is available online. Selected maps and booklets have been digitised, including items still in Copyright, for which digitial images can be viewed onsite at the National Library only until Copyright expires.

Some papers relating to Hurley’s visit to the Western District of Papua in 1923 have been filmed by the Pacific Manuscripts Bureau (reel mfm PMB 916).

Legg, Frank, Once More on My Adventure, Ure Smith, Sydney, 1966 (in collaboration with Toni Hurley).