1972 was UNESCO’s International Book Year, with the slogan ‘Books for all’. It was also the year that the National Library of Australia published its first book under the imprint now known as NLA Publishing. The Library had been producing books since its establishment, largely research guides and bibliographic publications. However, with the arrival in 1971 of new publisher Alec Bolton, the Library began sharing stories from the national collection with the public through a revamped publishing program.

Fifty years later, NLA Publishing is celebrating half a century of stories. It is the biggest publishing program in a cultural institution in the country – with tens of thousands of books making their way into Australian homes and libraries every year – and a significant employer of both local and national authors, illustrators, editors, proofreaders, designers and printers.

To celebrate its 50th birthday, here is a look at ten books from NLA Publishing that contributed to the national cultural conversation. 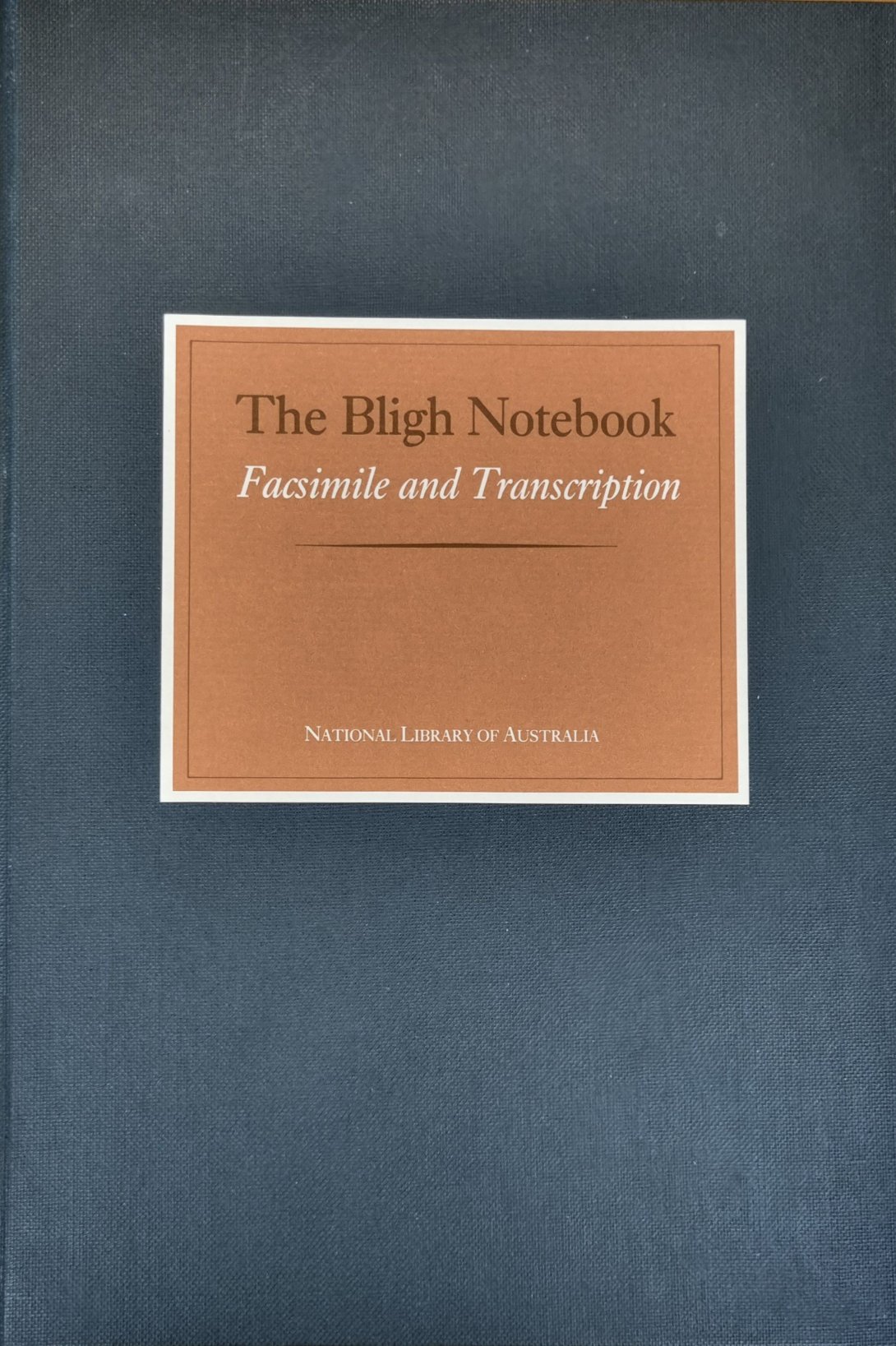 The original Bligh notebook is an account by Lieutenant William Bligh, written in 1789, of his voyage on the Bounty. It includes a list of mutineers headed by Fletcher Christian, along with physical descriptions of each man. It is one of the treasures of the Library’s collection. In 1986, the Library produced a limited edition of 500 facsimile copies of the notebook, along with a transcription and illustrative material. Bound by the Library’s preservation bookbinder, Brian Hawke, the two-volume Bligh Notebook features Morocco binding, gilt lettering and decoration, and a Solander or clamshell case. The edition was an ambitious early project for the Library’s imprint and reflected the mission of its first publisher, Alec Bolton, to raise production and printing standards. The Bligh Notebook limited edition is now a collector’s item. 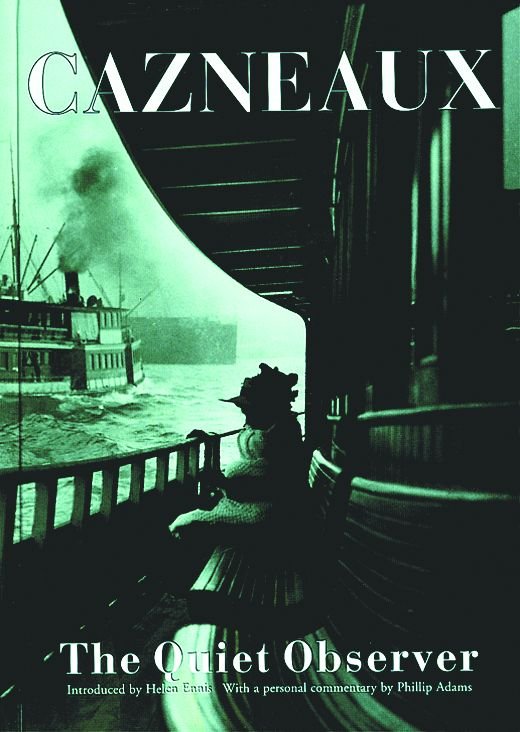 In 1978, the Library published its first volume of Harold Cazneaux photographs, selected by Max Dupain, who also wrote what he termed ‘an appreciation’. Fourteen years later, Cazneaux: The Quiet Observer was released, with a new selection of images and contributions by Helen Ennis and Phillip Adams. It was also reprinted in 1997 and 2004. This followed a generous donation to the Library by Cazneaux’s daughters of almost 4,000 glass negatives and a collection of personal papers. The value in Cazneaux’s work is enduring. He was a pioneer of photography in Australia, raising standards and defining a uniquely Australian sense of time and place.

Many Voices: Reflections on experiences of Indigenous child separation (2002) 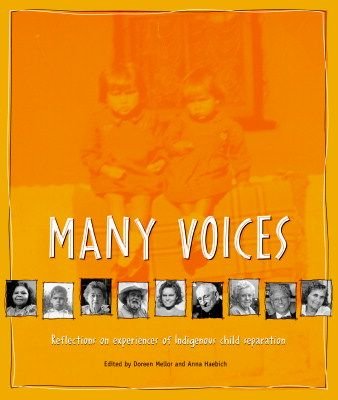 The National Library’s Bringing Them Home Oral History Project is a collection of 340 recorded stories of people involved in or affected by the policy of child removals, which created the Stolen Generations. These oral histories are of enormous historical significance. They are full of intimate moments of dialogue, exchange, revelation and reflection. Many Voices captures these first-hand testimonies in hundreds of interview excerpts, contextualising comments with historical or biographical information to help readers follow the stories being told. In more than 600 hours of recording, no single story of the Stolen Generations emerges; different perspectives are presented in the book without judgement. The strength in both the project and the publication lies in these multiple truths that emerge, the ‘many voices’.

The Flower Hunter: The Remarkable Life of Ellis Rowan (2002) 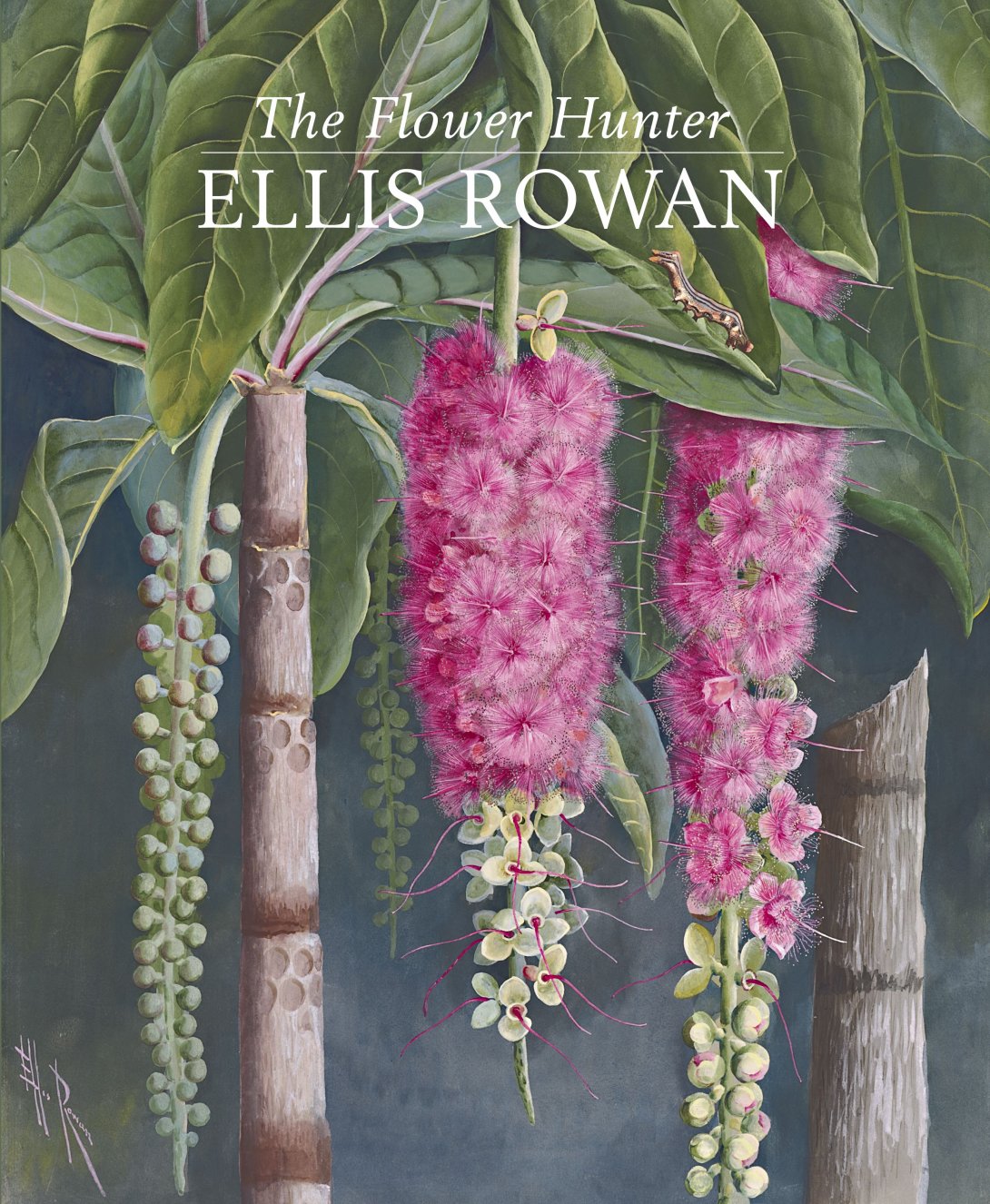 In 1923, the Australian Government purchased almost 1,000 Ellis Rowan paintings for the nation, a remarkable purchase for the work of a woman artist at the time. Rowan was a household name. She famously worked en plein air, hiking to remote areas in search of wildflowers, wearing the long, delicate dresses of her era. She exhibited internationally and enjoyed professional success during her lifetime. Three of her works, gifted to Queen Victoria, remain in the Royal Collection. In 2003, the Library mounted the most extensive exhibition of Rowan’s work to date, and NLA Publishing produced The Flower Hunter as a companion publication. The oils, watercolours and decorative arts in the book attest to Rowan’s skills in composition and her interest in creating bold flower portraits rather than precise studies. In 2021, Australian fashion label Zimmermann released a spring collection, Wild Botanica, inspired by Rowan’s paintings. 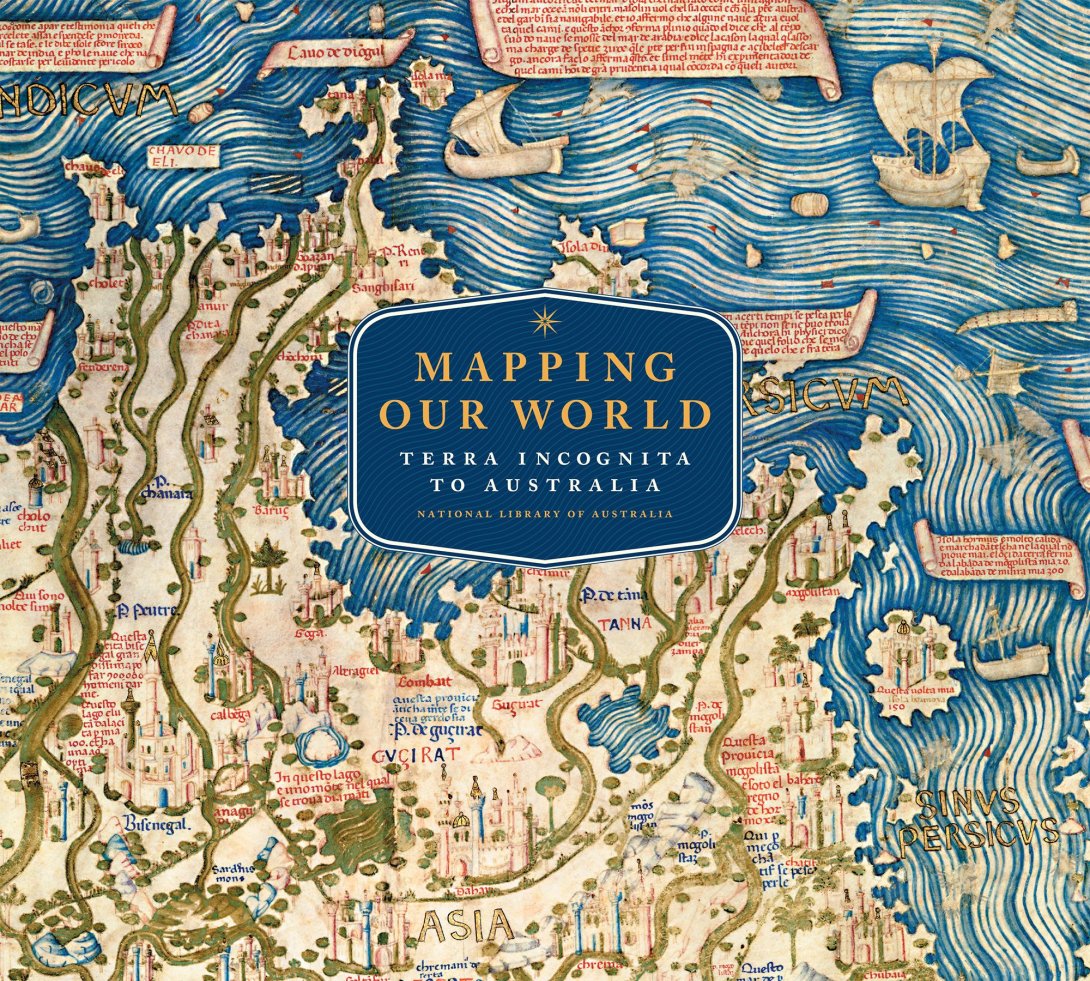 Mapping Our World: Terra Incognita to Australia was the Library’s most successful exhibition in its long exhibiting history. Almost 120,000 Australians saw this display of rare and unique maps from around the world, which included the magnificent Fra Mauro Map of the World, on loan for the first time in its 600-year history from the Biblioteca Nazionale Marciana in Venice. The catalogue that accompanied the exhibition was reprinted twice within the first three months of release, and went on to sell in excess of 12,000 copies. It included contributions from the Library’s own curators as well as from world experts on each map. This was a publication with international reach, a wonderful memento for those who were able to visit Canberra for the exhibition and a stand-alone publication of significance for map-lovers. 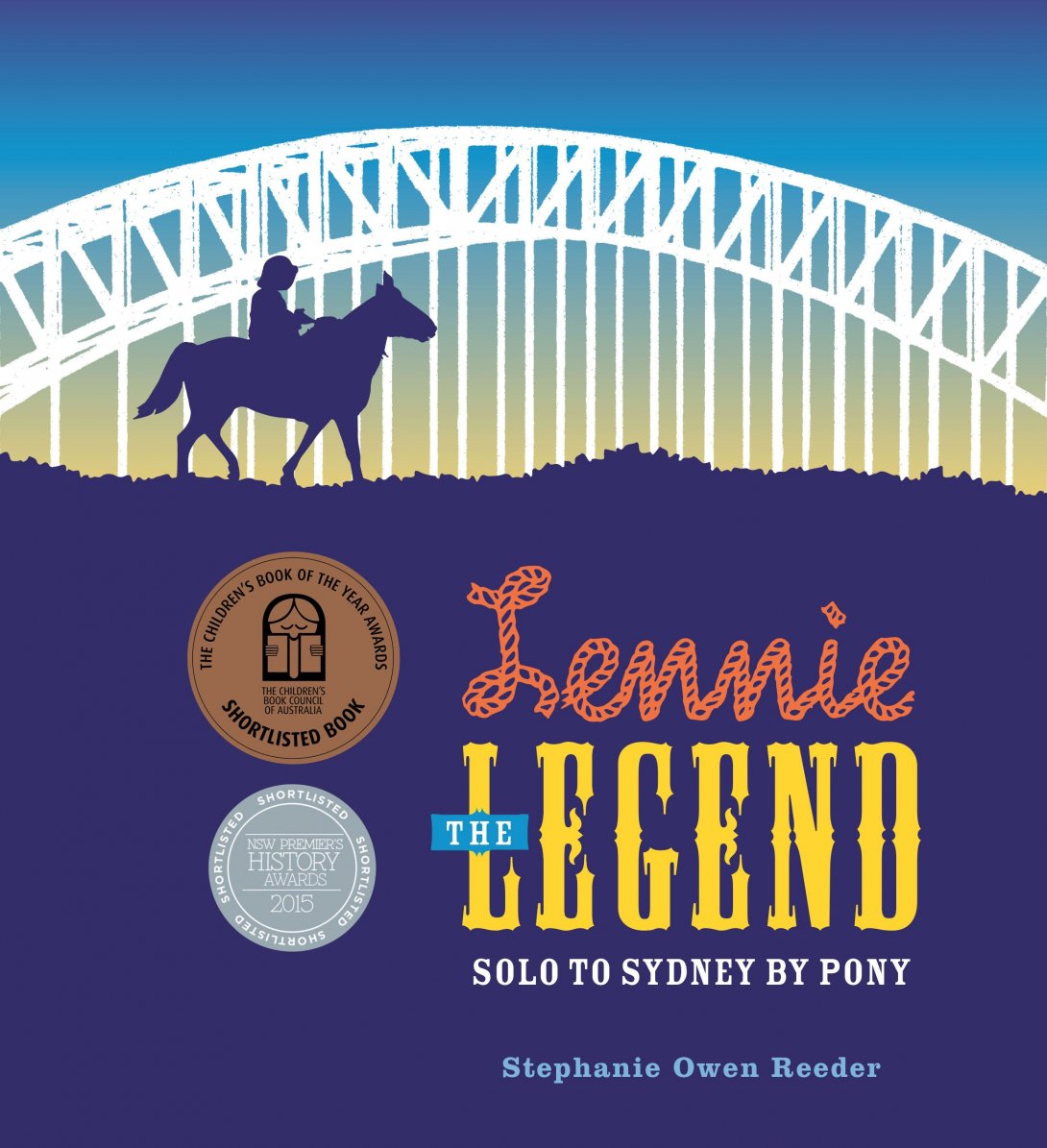 In 1932, at the height of the Great Depression, nine-year-old Lennie Gwyther set off alone on his pony from Leongatha in country Victoria to Sydney via Canberra to witness the opening of the Sydney Harbour Bridge. Lennie’s 1,000-kilometre solo journey was fictionalised by Stephanie Owen Reeder in this CBCA Eve Pownell-award-winning book, one of her Heritage Heroes titles. Each book in this series tells a true story of adventure featuring a child protagonist, uncovered from Owen Reeder's research in the Library’s collections. The CBCA judges praised the book as a ‘masterly narrative’ with ‘exquisite presentation’. Lennie’s story didn't just inspire a nation during the Depression; Owen Reeder’s account has been turned into a stage production with a film version in the pipeline.

Journeys into the Wild: The Photography of Peter Dombrovskis (2017) 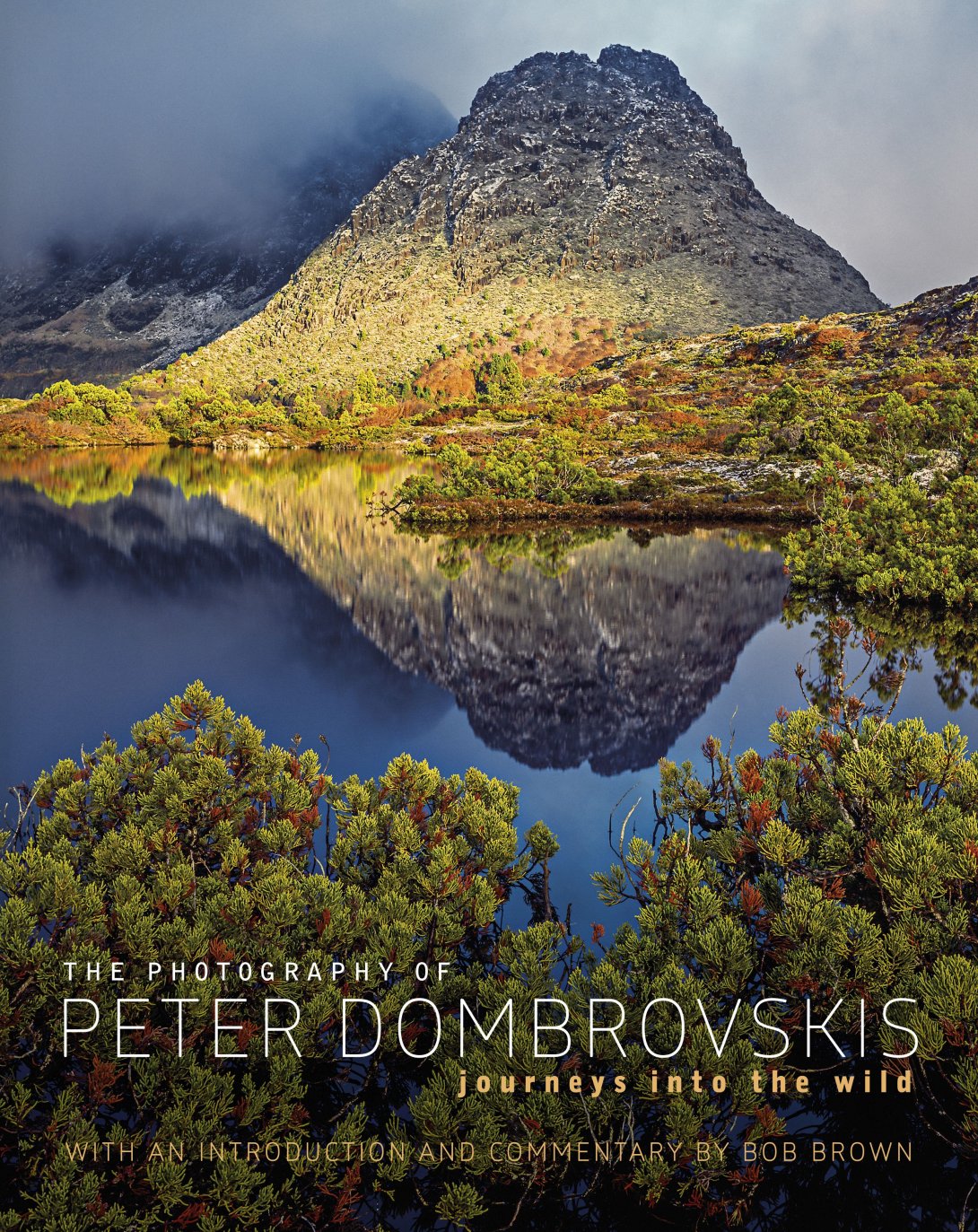 NLA Publishing has a long history of producing beautiful art books with a focus on Australian flora and fauna. Journeys into the Wild, featuring the misty, magnificent photography of Peter Dombrovskis, is a beautiful art book, but it also taps into a galvanising moment in Australia's environmental history: the campaign to save Tasmania’s Franklin River from a proposed dam. The images of Tasmanian wilderness paired with a personal essay and commentary by Bob Brown are a paean to the wild and a plea to conserve it. The Library holds the entire Dombrovskis archive of more than 3,000 transparencies, and this book was originally produced as a companion publication to a 2017 exhibition of Dombrovskis’ work, which saw more than 40,000 Australians visit over five months. This book is currently in its fifth reprint, making it one of the Library’s most commercially successful books to date.

This Is What a Feminist Looks Like: The Rise and Rise of Australian Feminism (2019) 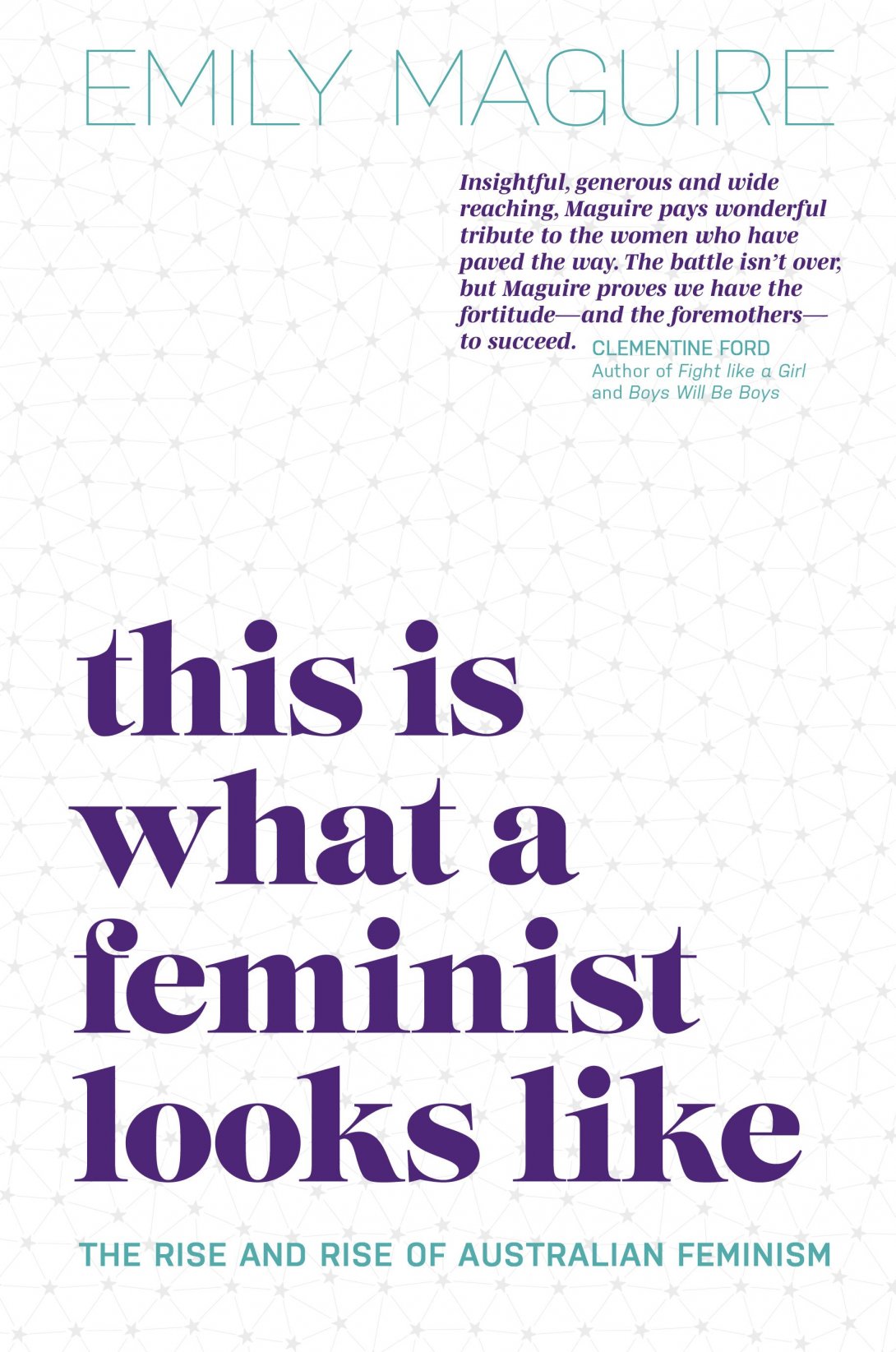 When Emily Maguire signed on to write a history of Australian feminism for the Library, she discovered in the National Library’s collections an incredible wealth of material on women’s suffrage, struggles for equality and women’s history more generally. Through the Bessie Rischbieth collection, the Anne Summers Collection, the papers and oral history of Jessie Street, and through countless other journals, letters, pamphlets and images, Maguire introduces readers to heroes and moments significant to Australian feminism. Second Wave Feminists told us that the personal is political and Maguire threads her own experiences through the narrative. This is accessible history aimed at young feminists who want to know whose shoulders they’re standing on. 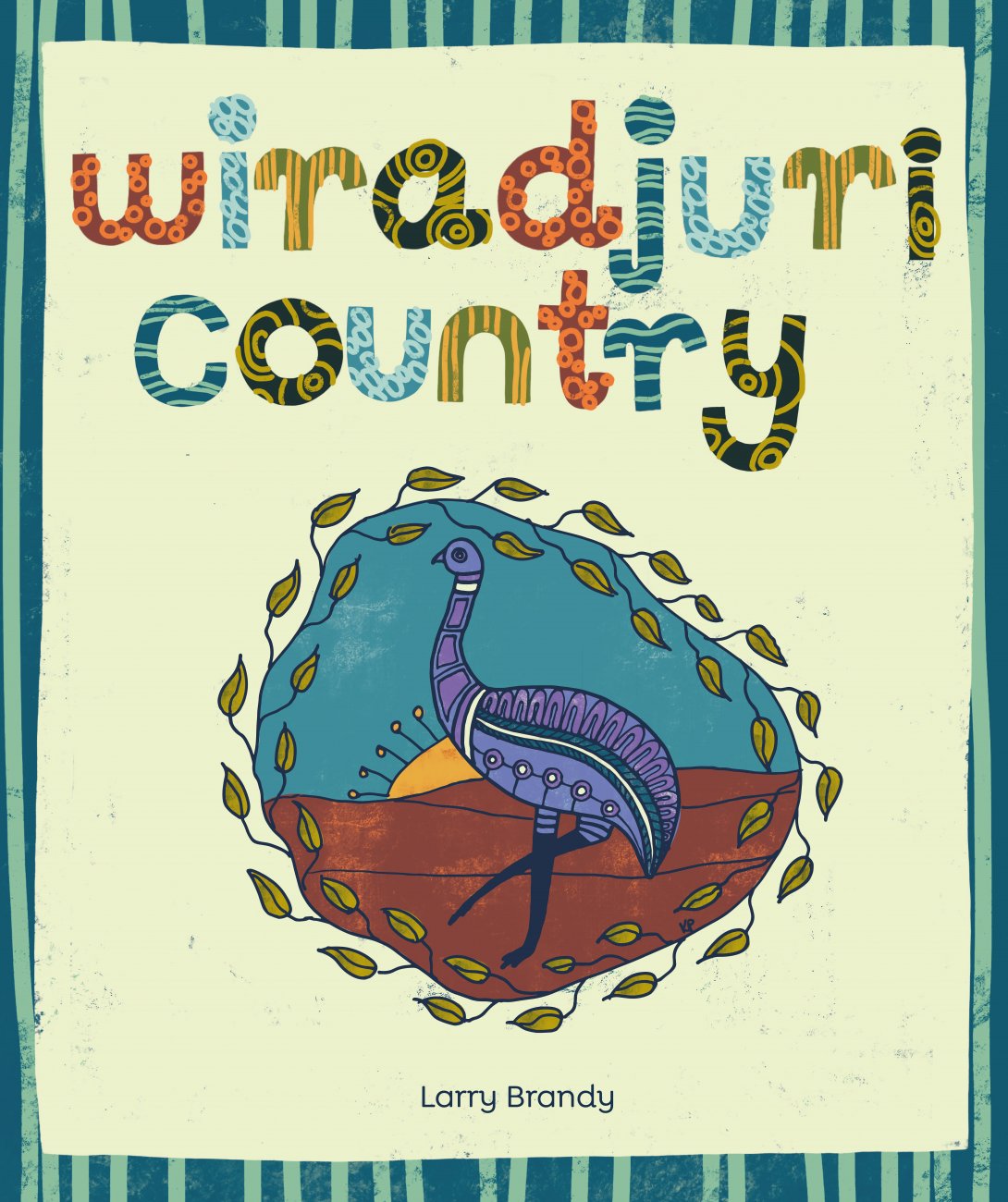 Wiradjuri Country by Larry Brandy is an account of Larry’s connection with his land. In this beautifully illustrated (Kristie Peters, a Wiradjuri artist) and designed (Keisha Leon, a Waannyi & Kalkadoon graphic designer) book, Larry shares information about the plants, animals and landscapes that make up his Wiradjuri country. The book has been warmly welcomed, particularly in the Wiradjuri region, and was shortlisted for the inaugural Karajia Award from the Wilderness Society. Uncle Larry shared with us a letter he received from a young Wiradjuri student who lives in Victoria who loved that the book helped them learn about their culture, and practice Wiradjuri language at home, a particularly meaningful piece of reader feedback.

A Maker of Books: Alec Bolton and His Brindabella Press (2022) 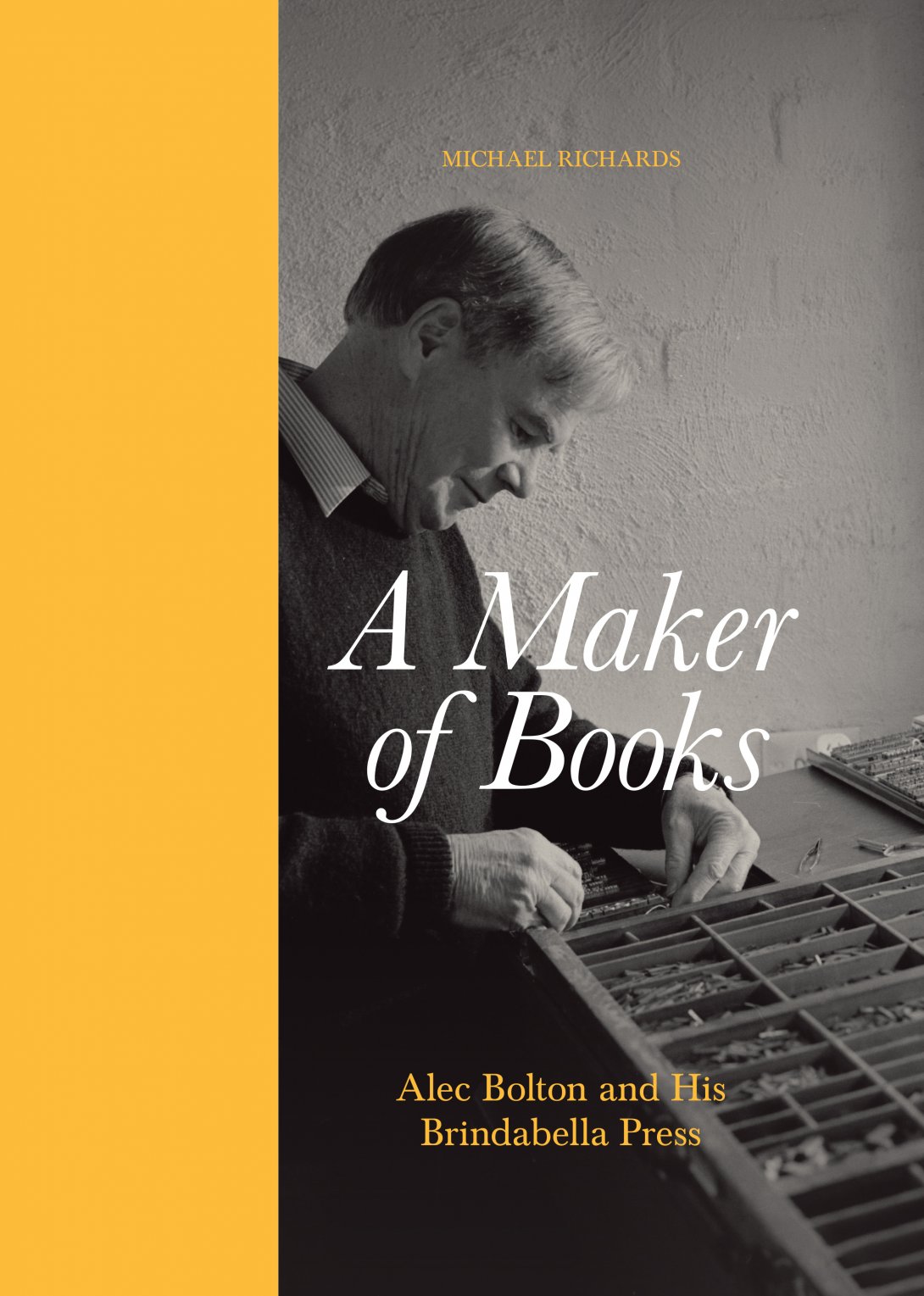 Alec Bolton is an important figure in the history of NLA Publishing. He was the Library’s first publisher, carving out a space for the imprint and influencing its commitment to quality to this day. He was also the founder of Australia’s most successful private press, Brindabella Press, which produced limited editions of poets such as Barbara Hanrahan, Les Murray, Kenneth Slessor and Rosemary Dobson, Bolton’s wife, from 1971 to 1996. A Maker of Books by Michael Richards is a celebration of Alec Bolton’s life and work and the craft of book making. It examines the choices, questions and disagreements behind every aspect of his volumes, from font and paper type to artistic embellishment and methods of production, with some of the leading poets and artists of the period. The National Library is a champion and preserver of Australian literary culture; Alec Bolton played an important role in shaping this culture from the 1970s onwards.