For many years, June has been recognised as Pride Month. It is a time to both commemorate and celebrate the journey of the lesbian, gay, bisexual, transgender, intersex and queer (LGBTIQ) community and to reflect on progress yet to be made. 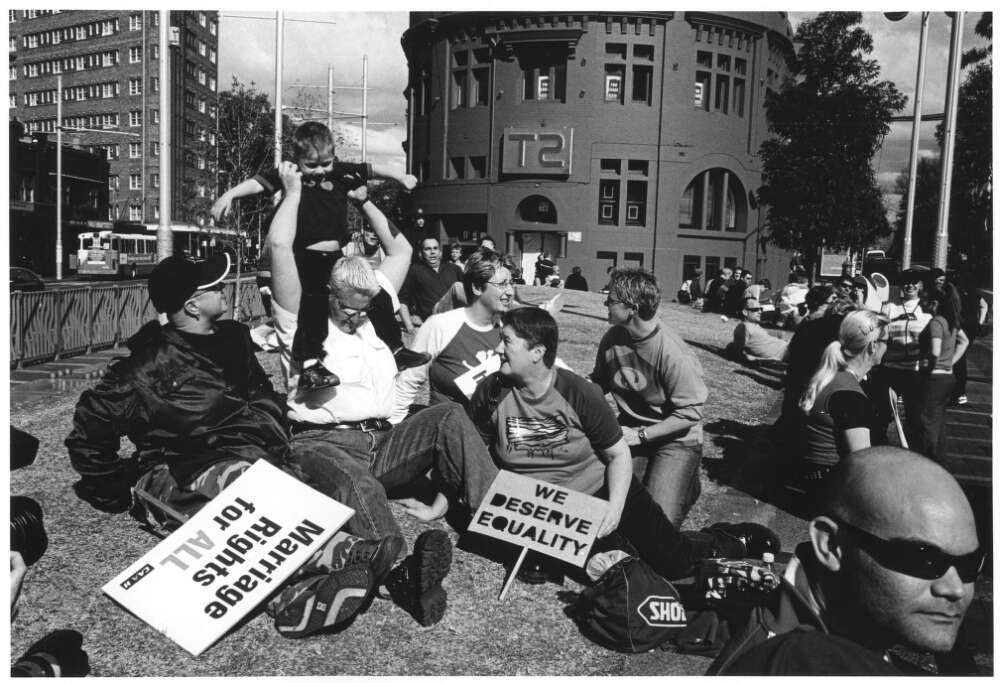 The origins of June as Pride Month can be traced to a brutal police raid on the Stonewall Inn in New York City on 28 June 1969 where LGBTIQ patrons fought back. While there had been earlier riots and resistance in the US, the Stonewall riots ignited a movement for liberation that reverberated across the world.

In 1969, the Daughters of Bilitis formed in Melbourne. The Daughters were Australia’s first gay rights group, based on a US group of the same name. Two members of the group, Francesca Curtis and Phyllis Papps, were the first lesbian couple to appear on Australian national television when they appeared on This Day Tonight in October 1970. They took this courageous step when being visible carried with it very real risk. The Library holds an oral history interview with Francesca Curtis and Phyllis Papps in the LGBTIQ Pioneers Oral History Project.

In February 1971, the Campaign Against Moral Persecution (CAMP) formed in Sydney with the aim of bringing together homosexual people to provide social support and work for equal treatment under the law. The first co-presidents of CAMP, confirmed in 1972, were Lex Watson and Sue Wills. Branches of CAMP were active all across Australia during the 1970s. The Library holds issues of CAMP’s magazine, CAMP Ink, from 1970 to 1977, available online via Trove.

On 24 June 1978, a day and evening of events was organised by the gay and lesbian community in Sydney around the anniversary of the Stonewall riots to draw attention to discrimination and to express solidarity with others around the world. The evening parade, described as a ‘Mardi Gras’, ended with violence as police responded brutally and arrested 53 people. Many were subsequently beaten in their prison cells.

One of the gravest challenges the LGBTIQ community has had to confront has been the devastating impact of the HIV and AIDS epidemic. Amongst such grief, the community helped to develop one of the world’s best responses to the epidemic. Collection material that captures this includes the Australian Response to AIDS Oral History Project, which was undertaken in collaboration with the Australian Federation of AIDS Organisations (AFAO). William Yang photographs also capture the grief and emotion of this time. 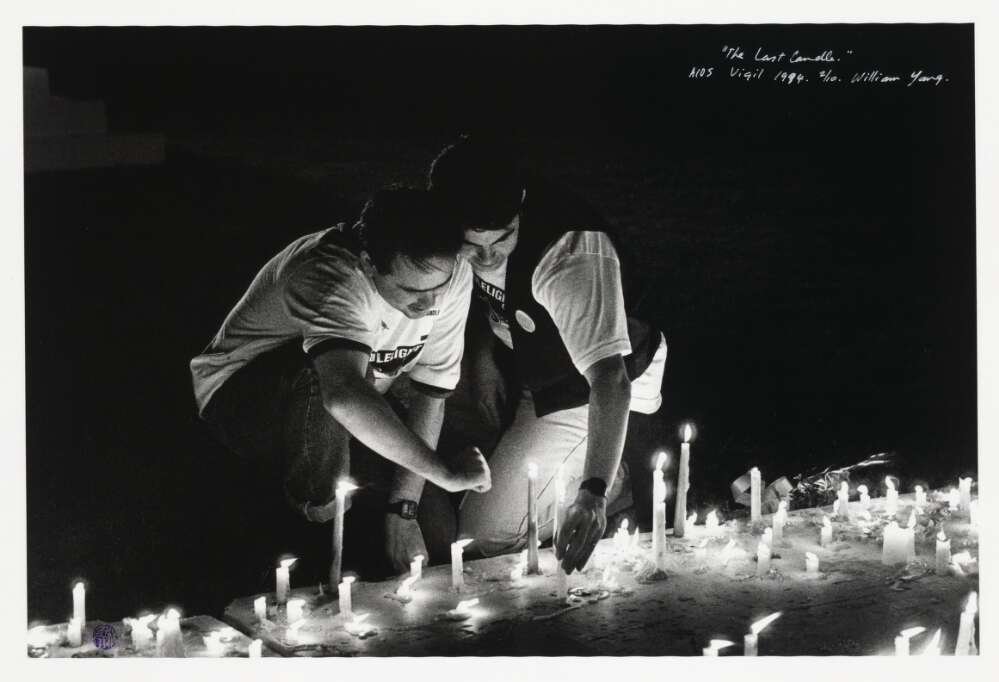 One of the most visible recent campaigns for LGBTIQ rights centred around the movement for marriage equality. This campaign is captured in a wide range of collection material, including photographs, the Marriage Equality Oral History Project and posters and ephemera.

The movement for LGBTIQ equality continues beyond the marriage equality campaign. Oral histories such as that of Katherine Cummings, who won the Australian Human Rights Award for Non-Fiction for her autobiography, Katherine’s Diary, provide important accounts of the strength leaders from the transgender and gender diverse community have shown in challenging prejudice and working for reform.

The web archive also continues to capture the important activism that has been conducted by groups such as Organisation Intersex International Australia (OII) (now Intersex Human Rights Australia) and Genderqueer Australia.

The Library recognises that the significant and ongoing history of LGBTIQ Australians must be preserved for future generations. Trove provides a platform that connect people from all across the country—and the world—with that material. We hope you will be inspired and moved by the people and perspectives in the Library’s LGBTIQ collection.