If you wanted to have some fun on a voyage from Britain to the antipodes in the 19th century, you often had to jolly well make it yourself.

To stave off cabin fever, you could read a book, write some poetry, or socialise with your fellow passengers. You could try your hand at cricket on the deck (decks do seem made for cricket), play board games aboard to combat boredom, or maybe attend a dance…followed by a late night of hand holding in the cold sea breeze. 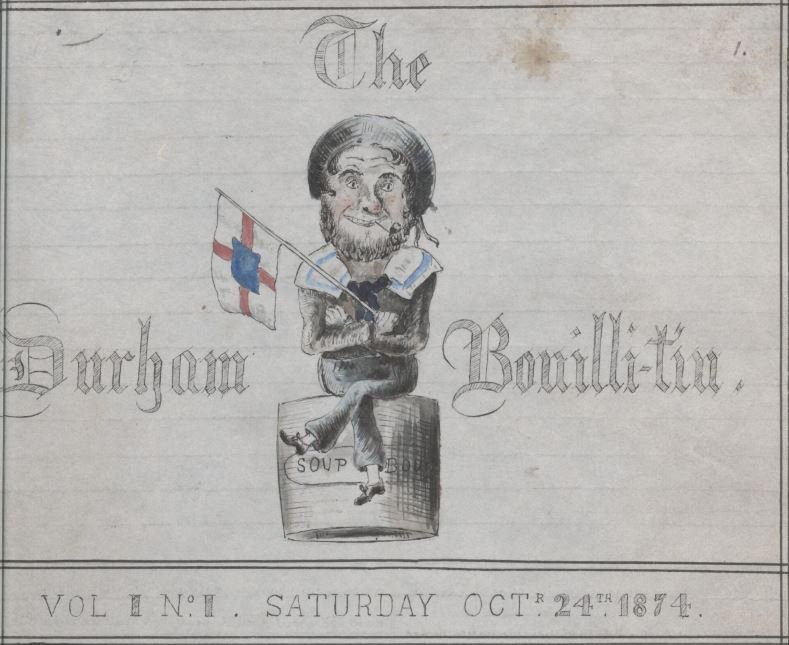 An illustration from Vol. 1 No. 1 of the Durham Bouilli-tin. Published Saturday October 24th 1874. S.S. Durham was owned by Messrs. Money Wigram and Sons. It left London on its maiden voyage on July 21st 1874 taking 54 days to complete the voyage to Melbourne.

Or…if you had a literary mind, and a certain lust for power, you could establish a tiny media empire and use it to control the very ebb and flow of information on board via the ship’s newspaper.

While traveling might now seem like a distant and pleasant dream, we can still experience the wonder of a journey (through both time and space, to places both real and imagined) by reading about it. Ships' newspapers let us peer into the microcosm of a fraction of a life spent at sea over 100 years ago.

The majority of the Library's relatively small collection of ships' newspapers have been digitised and can be viewed online via Trove. They tell a fascinating tale of journey by sea in the 19th century, during a time of significant innovation in maritime travel—including the opening of the Suez Canal, to less reliance on wind following the introduction of auxiliary steam (which utilised both steam and sails to make the long journey to Australia) to eventually full steam powered commercial transport.

IN the ROARING FORTIES (1932, April 30). The Herald (Melbourne, Vic. : 1861 - 1954), p. 17. Prior to the opening of the Suez Canal (1869) and the widespread us of steamships as a mode of passenger transport, wind-reliant sailing ships travelling to Australia from the U.K. would make a lengthier journey around the Cape of Good Hope and then hope to race south with the Roaring Forites.

While ship newspapers might seem of limited use to family historians (you’ll rarely find more than a brief mention of individuals), they are a rich source of contextual information on the journey from Britain to Australia (and vice versa). The papers give readers a small glimpse of the trials and tribulations of ship life by opening a window into the minds of travellers, and putting flesh on the bare bones of passenger lists.

...And it wasn’t always smooth sailing.

Travellers on the Gull complained to the Immigration Board in Brisbane about conditions and treatment on board the ship. The subsequent investigation by The Board (including detailed reports of treatment of immigrants) is appended to the Library’s copy of the newspaper. Gull : a weekly newspaper published on board the 'Otago' during a four months' voyage from Glasgow to Brisbane. Saturday, May 10th 1884. Page 136.

While compact letterpresses could certainly be accommodated on a ship, setting the individual wooden blocks (see an example here: https://trove.nla.gov.au/work/197729403) in the press is a laborious task.

Many 19th century ship newspapers were handwritten and were created and maintained by the passengers as a form of entertainment—a single issue would be passed around (and hopefully not lost!) 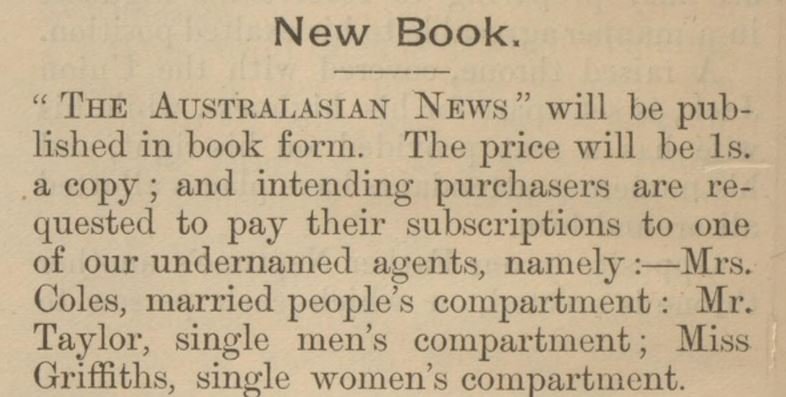 Handwritten issues of the Australasian News were taken to Gibbs, Shallard and Co., Printers of Pitt Street North, Sydney, and compiled, printed, and published in a book. The Australian News Published on board the S.S. Australasian, August 2nd, 1884. Page 1.

At the port of arrival, the handwritten newspaper would be taken to a printing office and professionally printed at a press. Copies of the finished product would be sold as souvenirs to those who had made the voyage, a treasured momento of the journey.

The invention of Marconi wireless transmission transformed ships' newspapers from a pursuit of the passengers to a more formal line of communication, and into to the 20th century, many larger ocean liners maintained a professionally stocked and crewed printing office. 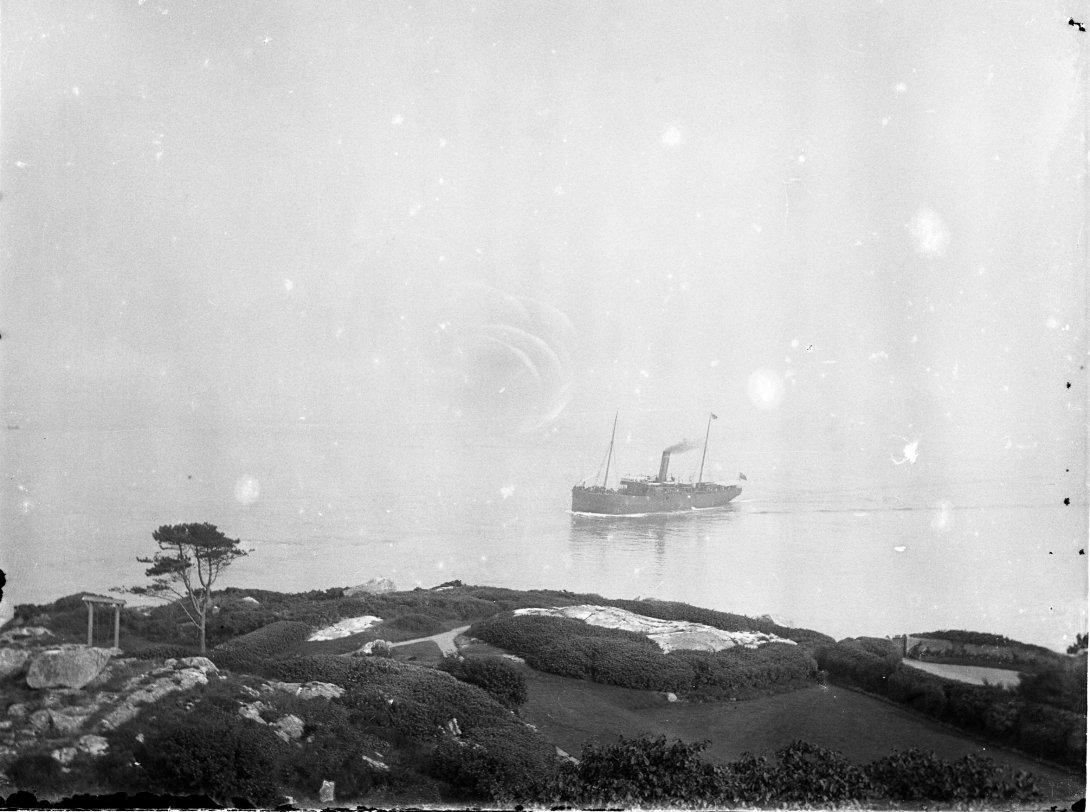 Gunboat HMQS Gayundah fitted with a bamboo mast to carry experimental Marconi radio wireless aerials – the first time a ship at sea received a message from an Australian wireless station ca. 1903. Image courtesy of Queensland University of Technology via Trove.

Editors-at-sea generally relied on contributions from their fellow travellers to keep their newspapers afloat, and passengers dredged up an eclectic array of content for the amusement of their peers.

While scandals might abound in the terrestrial muckraking gutter press, editors de la Mer typically employed higher censorial standard, and ensured content that might offend never made it to ‘print’, or else risk earning the ire of fellow passengers (a dangerous past-time in a confined space).

Notices of birth, death, or marriage at do occasionally surface, but they are relatively rare, although notices of births and deaths (but not marriages) are common for animals—the latter usually preceding an addition to a menu. You may however encounter mentions of passengers, crew, and the Captain, amongst the pages—sometimes in quite a lot of detail. 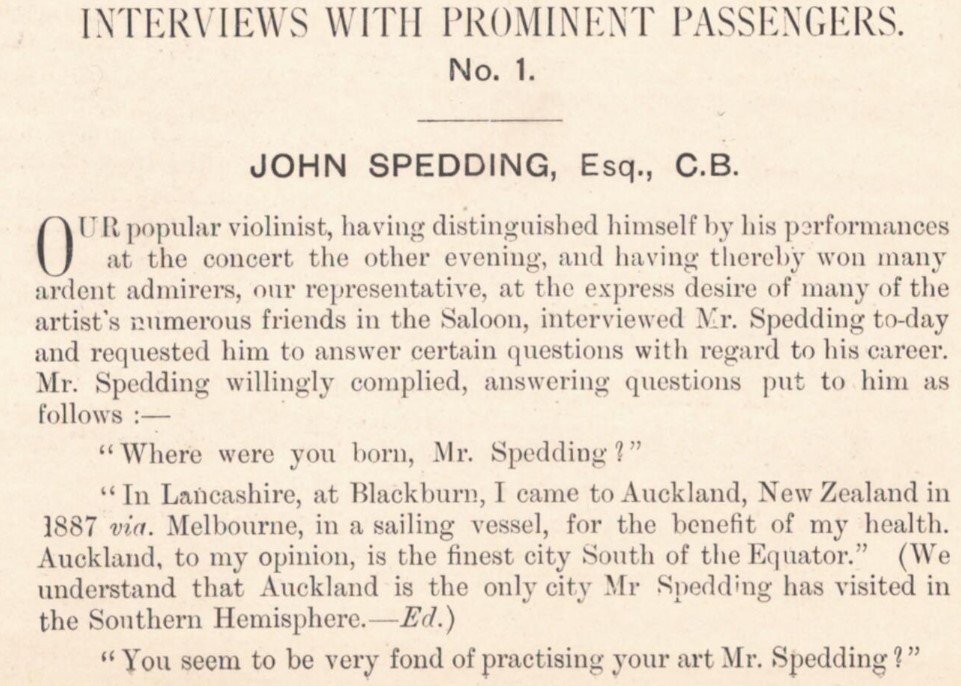 Brains aboard were no doubt stimulated by critiques of food, musings on the weather, riddles and puzzles and mathematical equations to solve, humourous anecdotes, travel notes and the occasional thinly veiled passive-aggressive barb directed with superb middle class civility at no one in particular (i.e. somebody very specific and/or everyone).

By far the most entertaining submissions to the news, and the ones which also likely spurred the most salacious of scuttlebutt, were entries written by those looking for love…

Single men and women travelling by sea in the 19th century might hope to find the land-lubber of their life strolling up the gangplank - or at least dabble in a brief nautical dalliance on the poopdeck.

Ship newspapers buoyed a traveller’s chances of finding love while maintaining some semblance of propriety. Columns designed for general correspondence became a place to cryptically correspond via lonely-hearts style notices, to arrange dates, or to cast a wide net and notify everyone that single people in general were fishing about for romance!

To conceal the shame of correspondents, pseudonyms abound, with the potential author and recipient no doubt becoming the subject of much on-board speculation!

An alarming number of men seem to have lost their hearts at sea, with several unoriginal variations of the below ‘advertisement’ appearing in ship newspapers. One can only suspect it was the mid C19th answer to “Did it hurt when you fell from Heaven?”.

The Lincolnshire observer : a weekly newspaper published on board the "Lincolnshire' during the passage from London to Melbourne, 1866. October 27th, 1866. Page 1.

Of course, many ship passengers did not have the joy of having their very own newspaper to keep them entertained on their journey, and not all ship newspapers have survived. Some newspapers likely never made their way to the print office, and fewer still found a place in a library collection for safekeeping.

Due to the limits of reporting in ships’ newspapers, you might not find an ancestor mentioned, but they are still a genealogy gem because of the rich context they offer about journeys made long ago.

...But do remember to always maintain a critical eye when reading the paper - a lot of what made it into the news was made up!

Jokes that would tempt the reader to walk to the plank. The Australian News Published on board the S.S. Australasian. July 23rd 1885. Page 2.