Once upon a midnight dreary, while I pondered, weak and weary…

So begins The Raven, by American author and poet Edgar Allan Poe (1809–1849). First published in 1845, this spooky, Gothic, dark or just plain dramatic work is often called a classic Halloween poem. It tells of a man in mourning for his beloved and has inspired countless writers, artists, scholars and critics, as well as parodies, worldwide.

Just in time for Halloween, Rare Books and Music Curator Dr Susannah Helman explores some of our rare editions of The Raven for October's rare book of the month:

First up: this is the first Australian edition of Poe’s poems. His works had, of course, been available in Australia before this time. George Robertson (1825–1898) published this edition in 1868. Robertson ran his own company for much of the second half of the 19th century, and in 1868, his company’s main address was 69 Elizabeth Street, Melbourne. You can see it in this engraving from that year. Robertson was a mentor to future luminaries of the Australian book trade, including William Dymock (1861–1900), David Angus (1855–1901) and George Robertson (1860–1933).

The book appears to have escaped forensic review in Australian newspapers. Two sang its praises:

We announced a short time ago that Mr. George Robertson, of Elizabeth-street, was about to publish an Australian edition of the Poetical Works of Edgar Allan Poe. The promise has been redeemed, and we have now before us a little volume got up in a style which would do credit to the most eminent firms of Paternoster row. The popularity of the author will no doubt secure for this edition an extensive circulation. (The Mercury, Hobart, Tuesday morning, 28 July 1868, p.3)

And a couple of months later…

Mr. George Robertson, of Melbourne, is bringing out an Australian edition of Poe’s poems, and is doing so in a style worthy of the house. The book is beautifully printed, in all respects handsomely got up, and will, no doubt, command a large sale. (The Brisbane Courier, Tuesday 8 September 1868, p. 2)

And now to the United States… when this volume was published in 1927 by Boston’s Bibliophile Society, The Raven’s fame was assured. The Society was a private club and press that ran for the first three decades of the twentieth century; its publications were just for members. In his introduction to this edition, long serving officeholder Henry H. Harper asserts that The Raven was then ‘regarded by many as the greatest in American literature’. He goes on to say:

the stabilizing influence of time and universal popularity have given it a fixed position above the need of praise; and its individual merit amply warrants its present appearance in a separate form. The fact that nearly everybody has read it one or more times is more in its favor than as if it were new and unknown.

Moving back to Australia, to 1990, we have Cobargo’s Croft Press edition of The Raven featuring Australian artist Rick Amor’s woodcuts. This edition was printed by Jim and Ruth Walker from Amor’s original blocks, and co-published with Richard Griffin. It is from a limited edition of 100 signed and numbered copies, of which this is no. 57. It is bound in cloth. The grain of the plywood used by Amor gives the prints added atmosphere. Australian artist Rick Amor (b. 1948) is known for his figurative paintings, printmaking and sculpture. 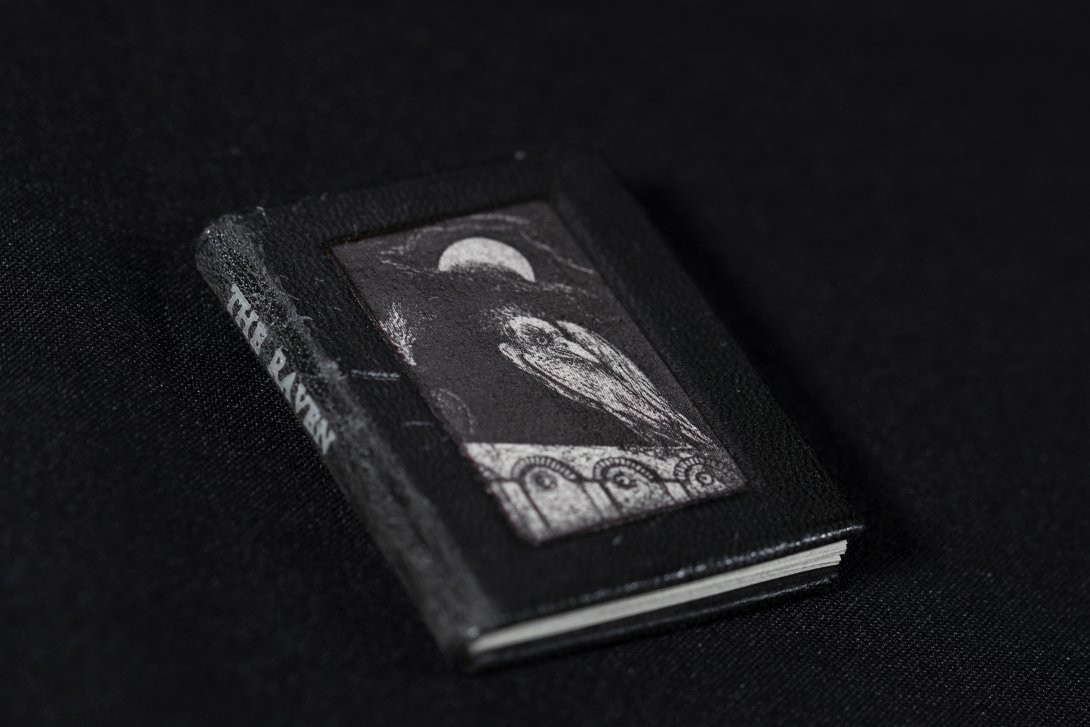 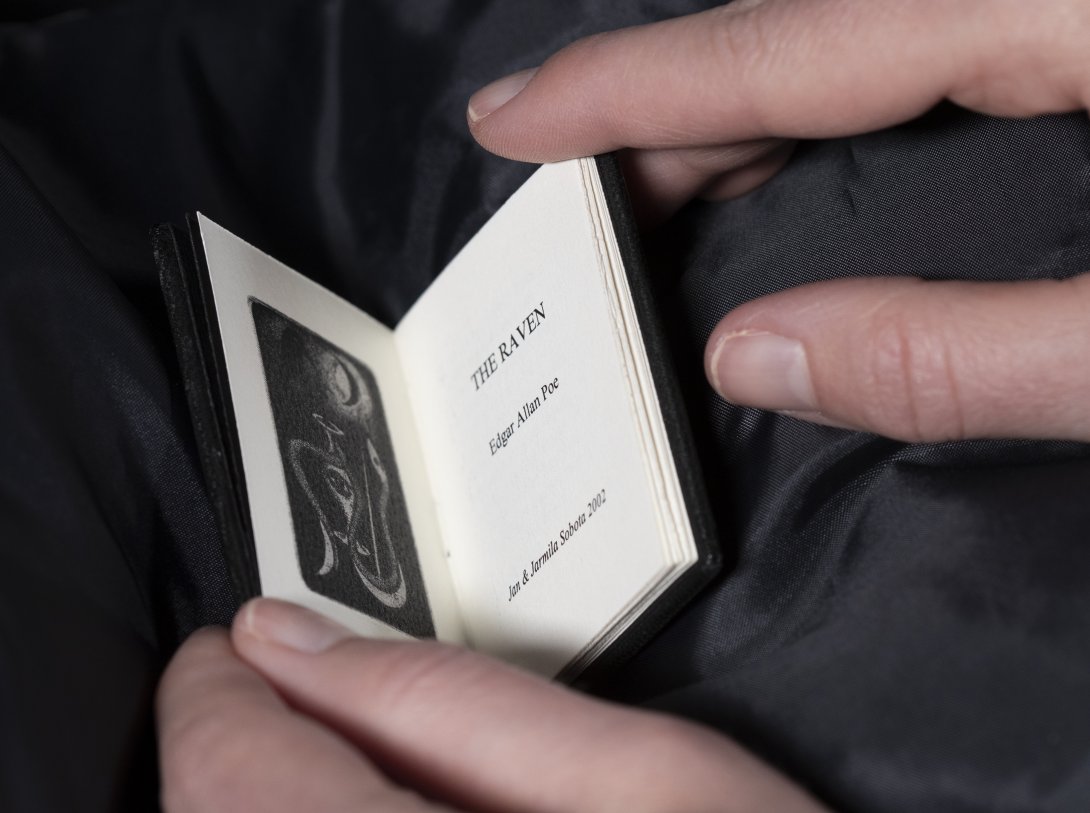 Finally, and not least, though definitely the tiniest, is a miniature hand-crafted Czech edition by Jan and Jarmila Sobota (2002).

Husband and wife Jan Sobota (1939–2012), bookbinder and conservator, and Jarmila Sobota (b. 1946), bookbinder and psychologist, were living in Loket, Czech Republic in 2002. They left the former Czechoslovakia before the fall of Communism and lived and worked in the United States from 1984 until 1997, running Saturday’s Book Arts Gallery, after which time they returned to the Czech Republic. This miniature book, from a limited edition of 40, is 65 millimetres high, and is bound in leather. It was acquired as part of the Gerrit Stafford miniature book collection. Stafford was an Adelaide Librarian.

This is just one example of how one spooky poem has appeared in print over time. We have travelled from the United States to Elizabeth Street, Melbourne, to Boston, to Cobargo and Loket, Czech Republic. Even in this limited sample, we can see the echoes across time and place, and how this classic Halloween poem has inspired and connected people and artists not only overseas, but in Australia.

Check out our Library catalogue for more.