One morning late last year, five extraordinary watercolour paintings of Australian birds were hung in the Library's Treasures Gallery. They were completed in London in around 1790, by 30-year-old Englishwoman Sarah Stone (c.1760-1844). 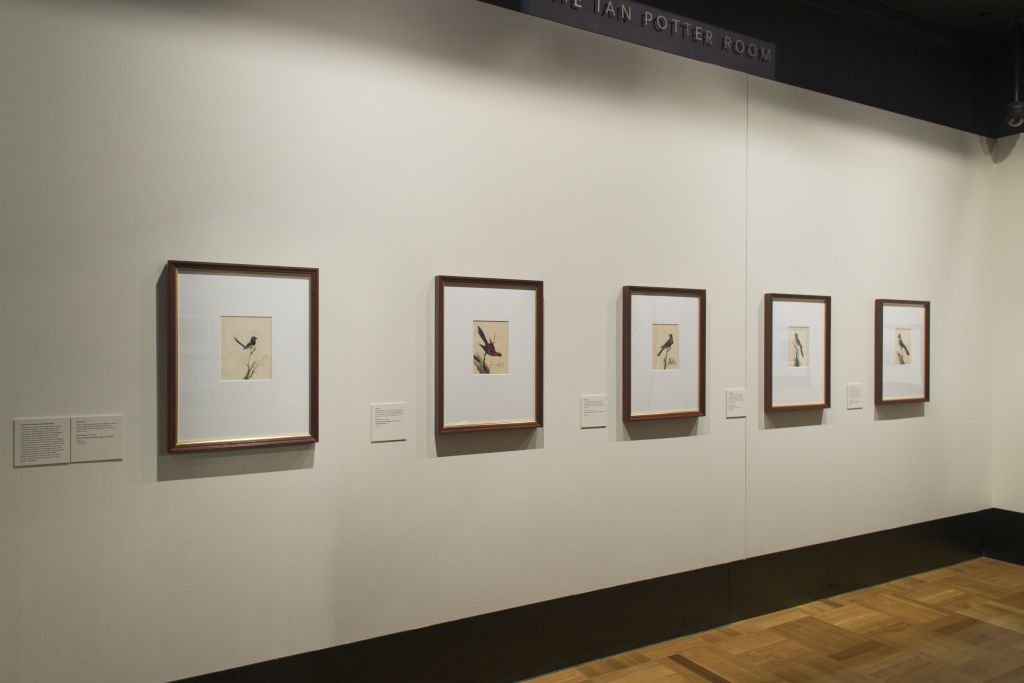 A quick look tells you that these are no ordinary bird paintings. The birds have character, and even a little cheek. They seem vitally alive.

From left to right, they are: a male blue wren (frequently seen in the garden beds on the Library’s podium); 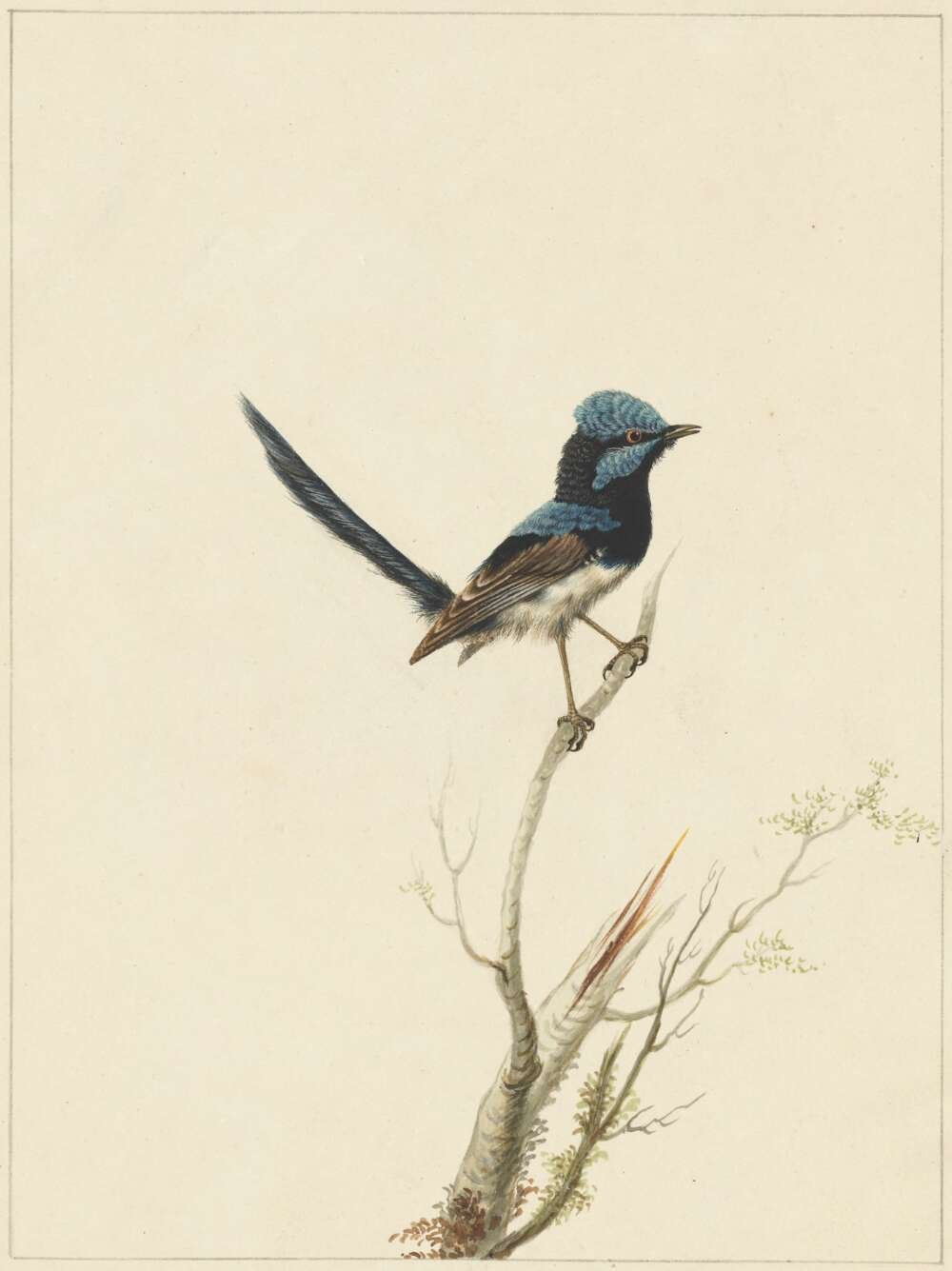 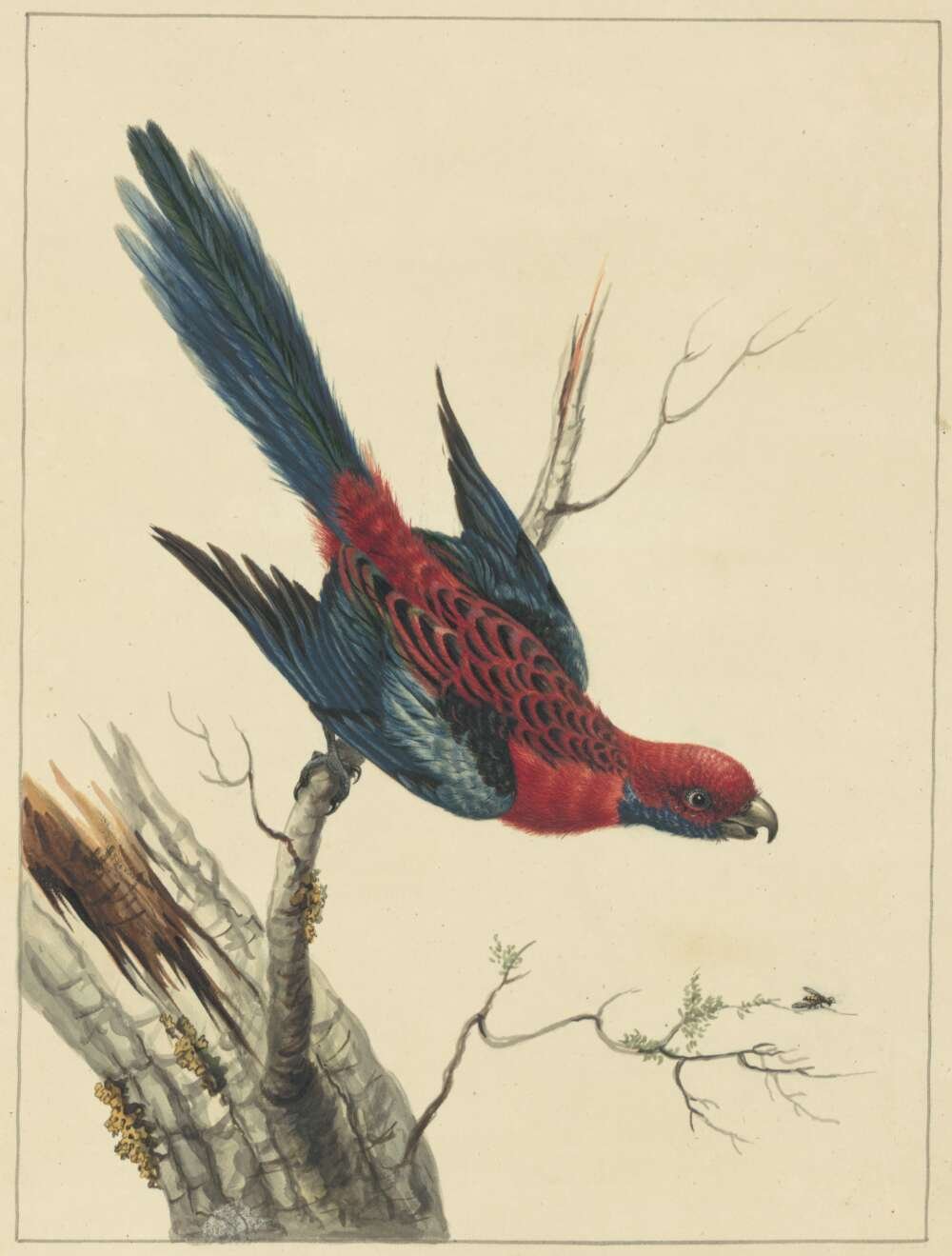 and a king parrot; 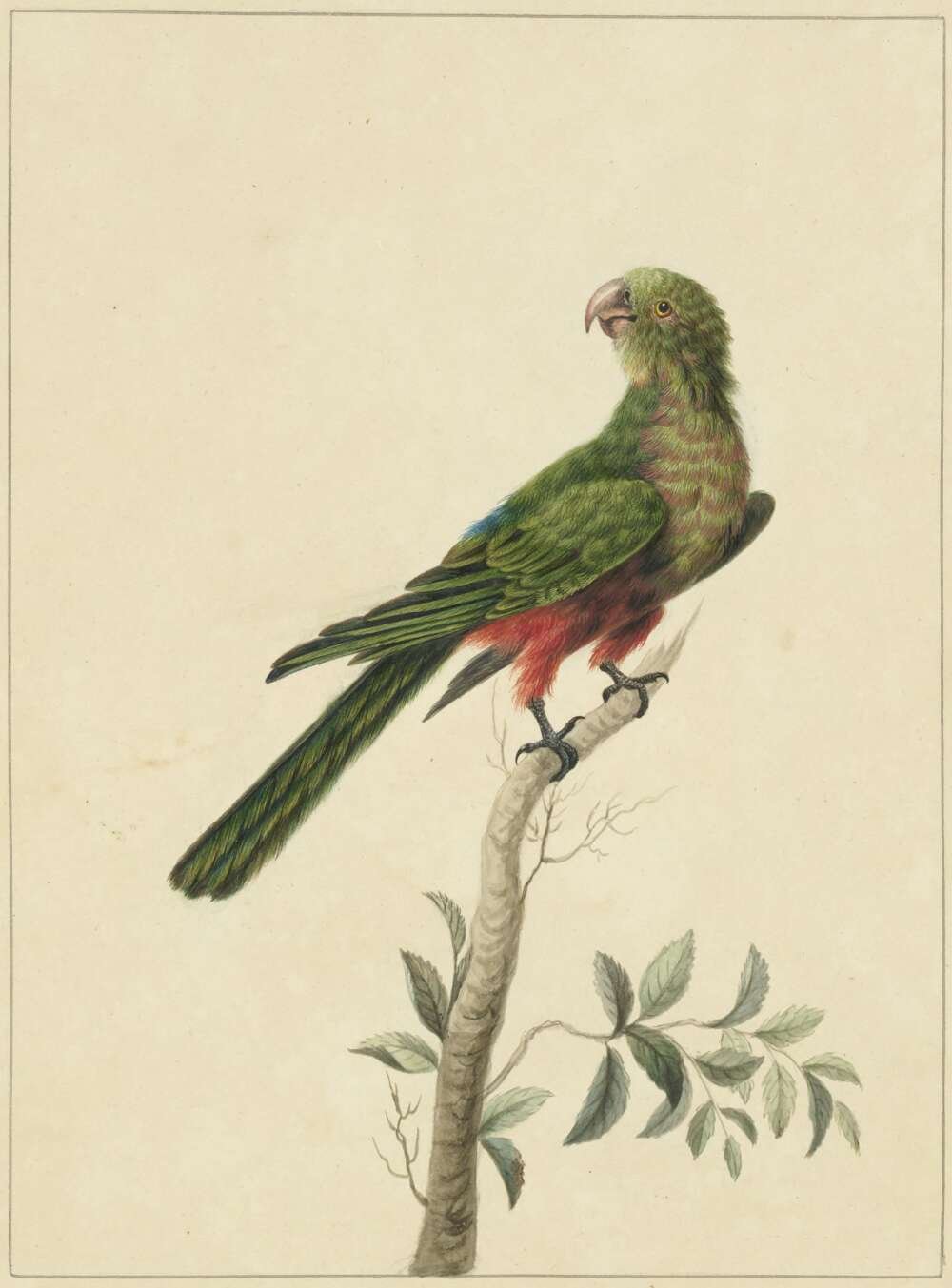 then an owlet nightjar, common though rarely seen; 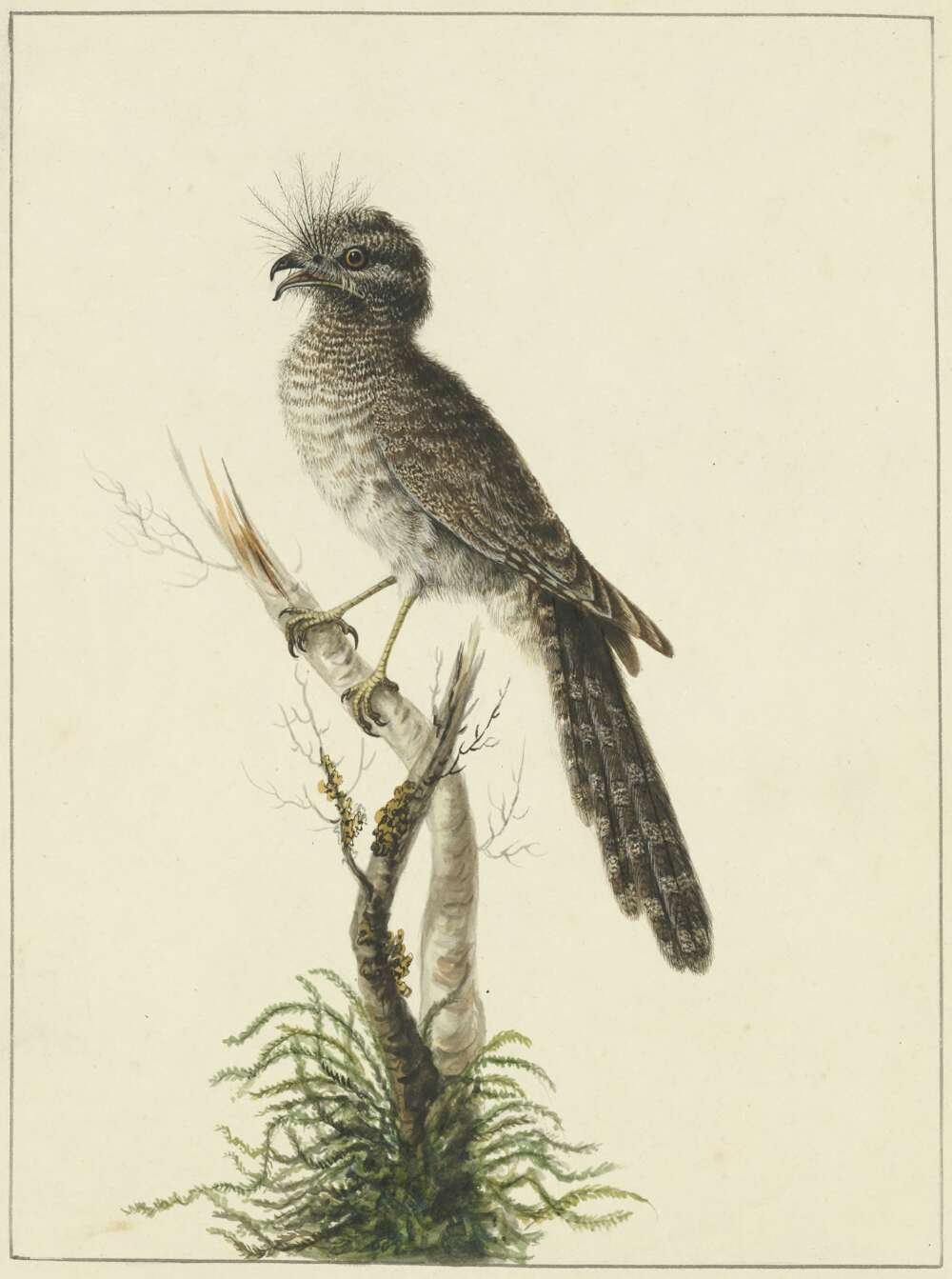 and a glossy black cockatoo, much rarer in Canberra. 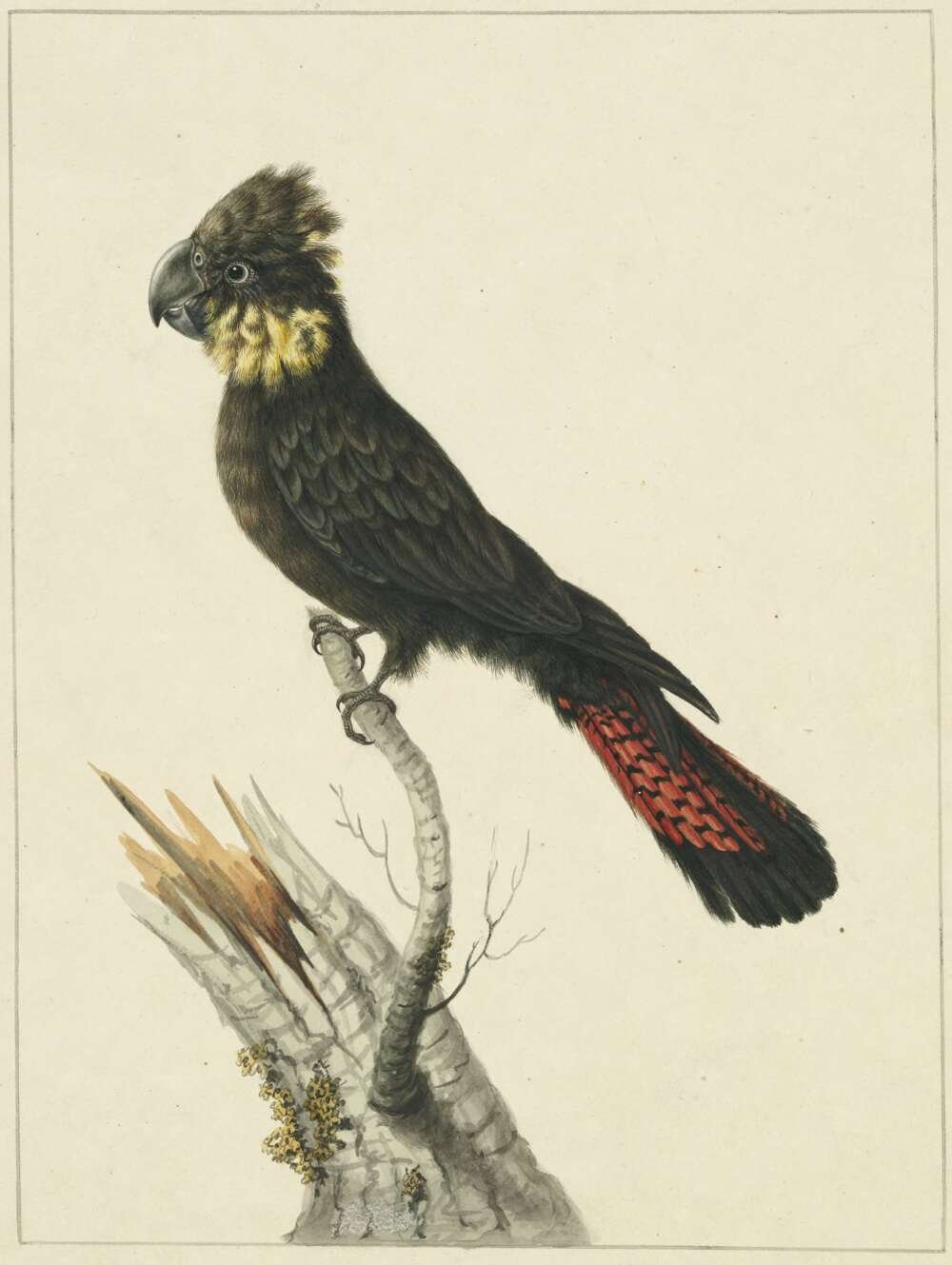 Stone's eye captures a playfulness characteristic of many Australian birds. That she could do that is surprising, as she worked from specimens rather than live animals. They are some of the earliest European images of Australian birds, and they set a high standard, though some may seem a little distorted to our eyes. This blog explores their story.

But first, who was the artist?

Sarah Stone (c.1760–1844) produced an amazing body of work in her long life.Yet surprisingly little is known about her. We do know that her father was a fan painter, that she exhibited at the Royal Academy, and married a navy officer in late 1789. As She is best known for her work documenting London's Leverian Museum in its later years. A museum of curiosities founded by Sir Ashton Lever, the Leverian Museum was one of the major beneficiaries of objects and specimens collected on James Cook’s three Pacific voyages. Stone worked for Lever over a number of years. She maintained a connection with the museum after Lever's death in early 1788, and when the museum moved south of the Thames to Albion Street, Blackfriars Bridge. A guide to the Leverian Museum was published in 1790; the Library's copy has been digitised. The frontispiece, by Sarah Stone and another artist, shows the prominence given to birds in the new museum's rotunda. 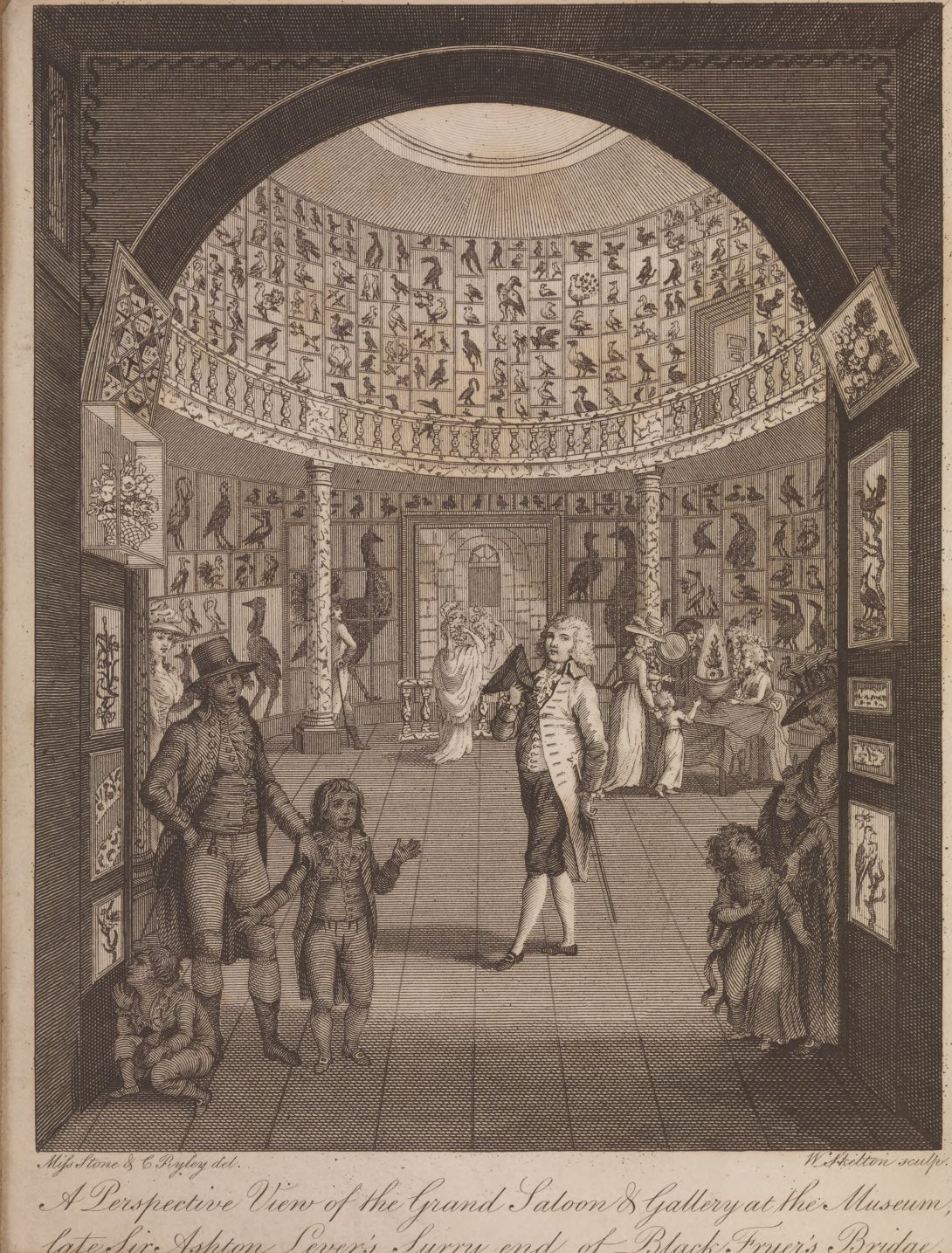 The museum was dispersed by sale in 1806. As Adrienne Kaeppler has shown, Sarah Stone’s work is an extraordinary and invaluable record of it. It's in this context that Sarah Stone's work came into focus for me.

Engravings after Sarah Stone's original work graced several books around this time, including John White's Journal of a voyage to New South Wales (London: J. Debrett, 1790). One of the Library's 9 first editions was a gift from the editor Thomas Wilson, and its engravings were coloured by Sarah Stone herself. A digital copy of the full book is available at the Biodiversity Heritage Library. Our five bird watercolours have a direct relationship to the engravings published in this book.

What is their story?

In mid-1789, a collection of birds and other Australian animals arrived in London. They had been collected in the Sydney area primarily by chief surgeon of the First Fleet John White, and sent, in November 1788 with a manuscript to his friend, amateur naturalist Thomas Wilson. The manuscript was an account of White’s voyage and early months in the colony. The account’s focus was natural history, particularly birds, and White's approach is episodic. The manuscript was revised by Wilson with scientific commentary from others, yet does not survive. What are White's thoughts and observations and what are those of others is hard to know. Most of the illustrations were based on Sarah Stone's work. The book is regarded as the first major work on Australian animals, by someone who had seen them alive.

We do have a tantalising glimpse into what became of the specimens White sent to London. In late 1789, a flyer advertised White's book. It includes a note:

SPECIMENS, in fine Preservation, of the Subjects in NATURAL HISTORY, transmitted by Mr. WHITE, may be seen at J. DEBRETT’s, who will thankfully receive the Names of such Noblemen and Gentlemen who may be pleased to patronize Mr. White’s Journal.

It is tempting to imagine these birds displayed in the shop window of John Debrett, the publisher of the book. His shop was in London's Piccadilly, opposite what is now the Royal Academy (Burlington House). His business was modest at that time; he had recently taken over the premises of another dealer.

How long did the specimens stay on display at Debrett's? The book itself tells the reader that the specimens had moved on from Debrett's shop, to the Leverian Museum.

The Public may rely, with the most perfect confidence, on the care and accuracy with which the Drawings have been copied from nature, by Miss Stone, Mr. Catton, Mr. Nodder, and other artists; and the Editor flatters himself the Engravings are all executed with equal correctness, by or under the inspection of Mr. Milton. The Birds, &c. from which the drawings were taken are deposited in the Leverian Museum.

The National Library of Australia holds 13 watercolours by Sarah Stone with a connection to her work on John White's account, and two by her fellow illustrator Charles Catton. It is possible that some or all were done after the book–as presentation watercolours–rather than preparatory to engraving. They were originally part of a collection of 46 that was divided in the mid-1980s, when the 15 entered the National Library’s collection. The remaining 31 are held by the State Library of New South Wales.

Stone's images are important as her interpretations are how Australian birds and animals were first widely published in Europe. She, and her role in documenting Australian fauna, deserves to be better known.

This is the first time Sarah Stone's work has been displayed in our Treasures Gallery. The display will be refreshed in late May 2020, when another five watercolours by Sarah Stone will take their place.

Susannah Helman is Curatorial Manager in the Library’s Exhibitions Branch.

Custodians and Midwives: Cybernetics in the Library
10 Aug 2022   Blog