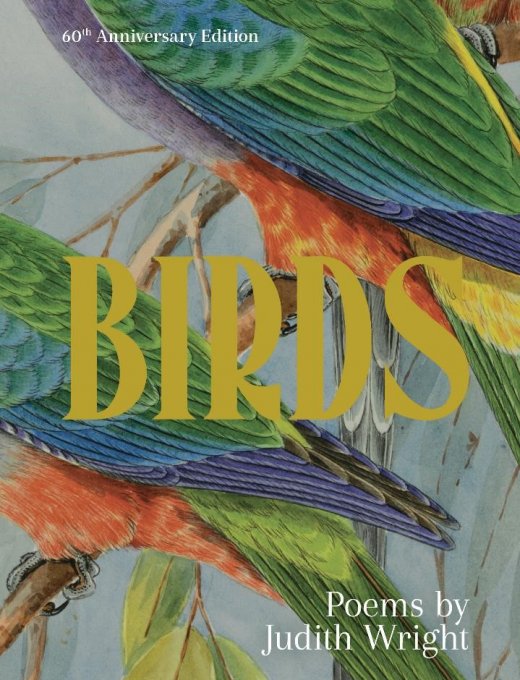 Judith Wright, with an introduction by Meredith McKinney
1 Apr 2022

60th Anniversary Edition. Poems by Judith Wright, with a personal introduction by her daughter Meredith McKinney.

Judith Wright (1915­—2000) was one of Australia’s most celebrated poets and one of only two to be considered for the Nobel prize. Her volume Birds was first published in 1962, and 60 years on the National Library of Australia is proud to be bringing this precious collection to today’s audience in this modern new edition.

The poems in Birds commemorate Judith’s love of birds, while on a deeper level exploring a gamut of very human experiences, from the delightful, to the humorous, to the sorrowful.

Featuring a contemporary, elegant design, and illustrated with artworks by renowned nature painters such as William T. Cooper, Neville Cayley, and Lilian Medland, this book will be treasured not only by lovers of poetry and art, but anyone who appreciates beauty.

Poet, essayist, conservationist and campaigner for Aboriginal rights, Judith Arundell Wright was 25 when her first poem was published and her first collection of verse, The Moving Image, was published in 1946. She went on to publish many other works including poetry, a biography of her pioneering family, children's books and her autobiography. Wright was awarded numerous fellowships throughout her career and received a number of awards for her writing. Her papers are now held in the collection of the National Library of Australia.