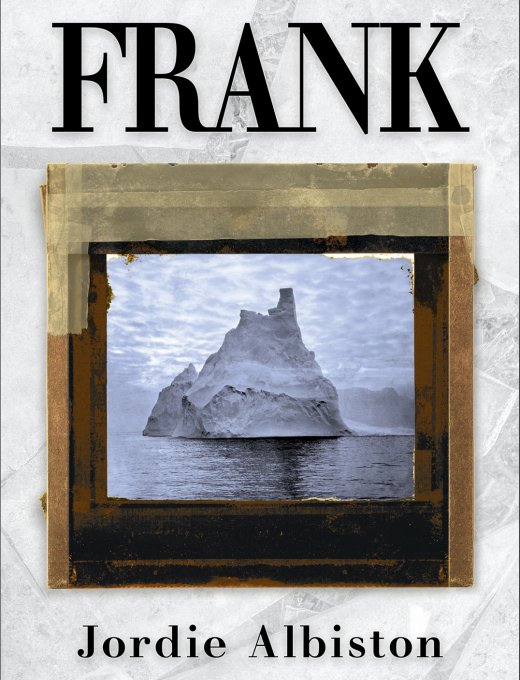 In Frank, Jordie Albiston has combined daily snapshots from Australian photographic pioneer Frank Hurley’s Antarctic diaries into a moving poetry collage. This volume, comprising over 130 poems, offers a portrait of Hurley as photographer and as man, at the end of the heroic era of exploration. Albiston explores the idea that historical narratives can yield a strange and unexpected power when subjected to the pressures of poetic form, and in this way she brings Hurley’s thoughts and actions to life in a manner never seen before.

Frank Hurley accompanied both Mawson and Shackleton on their celebrated expeditions to Antarctica in the early twentieth century. Hurley’s polar diaries, held at the National Library of Australia, represent a written adjunct to his pictorial surveys of what was then a geographical, cultural and artistic unknown.

Frank is a beautiful, evocative and highly accessible volume that will delight both poetry readers and those interested in Antarctica and Hurley. The poems were written and compiled during the author’s tenure as the National Library of Australia’s 2021 Creative Arts Fellow in Australian Writing. Jordie Albiston sadly passed away during the production of Frank; NLA Publishing is proud to now be realising her vision.

Frank is a beautiful, evocative and highly accessible volume that will delight both poetry readers and those interested in Antarctica and Frank Hurley.

Dr Jordie Albiston published fourteen poetry collections, three children’s books and a handbook on poetic form. Two of her collections were adapted for musical theatre, both enjoying seasons at the Sydney Opera House. Albiston’s work has been recognised by many awards, including the Mary Gilmore Award, the Wesley Michel Wright Prize and the NSW Premier’s Prize. Albiston was honoured in 2019 with the Patrick White Literary Award and in 2022 (posthumously) received the John Bray Award in the Adelaide Festival Awards for Literature. In November 2022, Fifteeners (Puncher and Wattman, 2021) was shortlisted for the Prime Minsters Literary Awards.