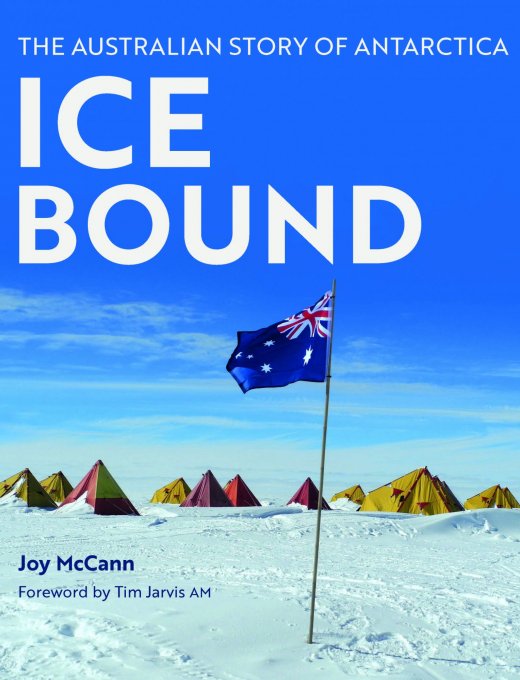 Joy McCann, with a forward by environmental scientist and adventurer Tim Jarvis AM.
1 Aug 2022

Australians have long been tempted by the lure of the ice to the south. Our Antarctic stories are filled with mystery, exploration, adventure, ground-breaking science, tragedy, and triumph.

The Antarctic region was taking shape in the Australian imagination long before humans ventured into the high southern latitudes. Through their stories about ice and wind, ocean and wildlife, light and darkness, Australians found ways to make sense of the mysterious realm to their south. In the process, they created powerful cultural connections between these two Gondwanan cousins that endure to this day.

The stories of the early intrepid explorers to brave this ‘most desolate, cruellest region in the world’ are thrilling. The legendary Douglas Mawson and his teams had to learn to first crawl, and then walk, through hurricane-force winds, dig exit tunnels through the snow that continually buried their huts, and haul heavily laden sledges across treacherous fields of crevasses. Despite the extreme conditions and isolation though, there was always a great heartening aspect that these adventurers brought to their endeavours. Whether it was the morale-boosting songs that were sung during the sledging journeys, the joyous heralding of the return of the penguins in spring, or the much-treasured tradition of Midwinter’s Day (involving a sumptuous banquet, extravagant attire and a theatrical performance), Australians have always found the warmth of camaraderie in this absolute coldest of places.

This spirit has continued through the 20th century and into the 21st, with Australians establishing scientific Antarctic bases and continuing to make vital contributions to the world’s knowledge of earth science and climate change.

Ice Bound is an exciting and comprehensive account of Australian stories in Antarctica, from the very first imaginings of what may lie to the south, to the inspiring early expeditions onto the unknown continent, through to the remarkable and valuable scientific work that is still going strong today.

Generously illustrated with stunning contemporary imagery, as well as fascinating historical photos from the early expeditions, Ice Bound will fill readers with awe for this spectacular continent, and bring alive the Aussie stories that have taken place there.

Joy McCann is an Australian environmental historian and writer with a background in public history, heritage and public policy. She holds a BA from The University of Adelaide, MA in public history from Monash and a PhD in history from the Australian National University. Her research interests include the natural and cultural histories of the Southern Ocean and Antarctica, and she has written on many aspects of Australian environmental, cultural and political history. Her book, Wild Sea: A History of the Southern Ocean, was published by NewSouth Publishing (2018) and the University of Chicago Press (2019).