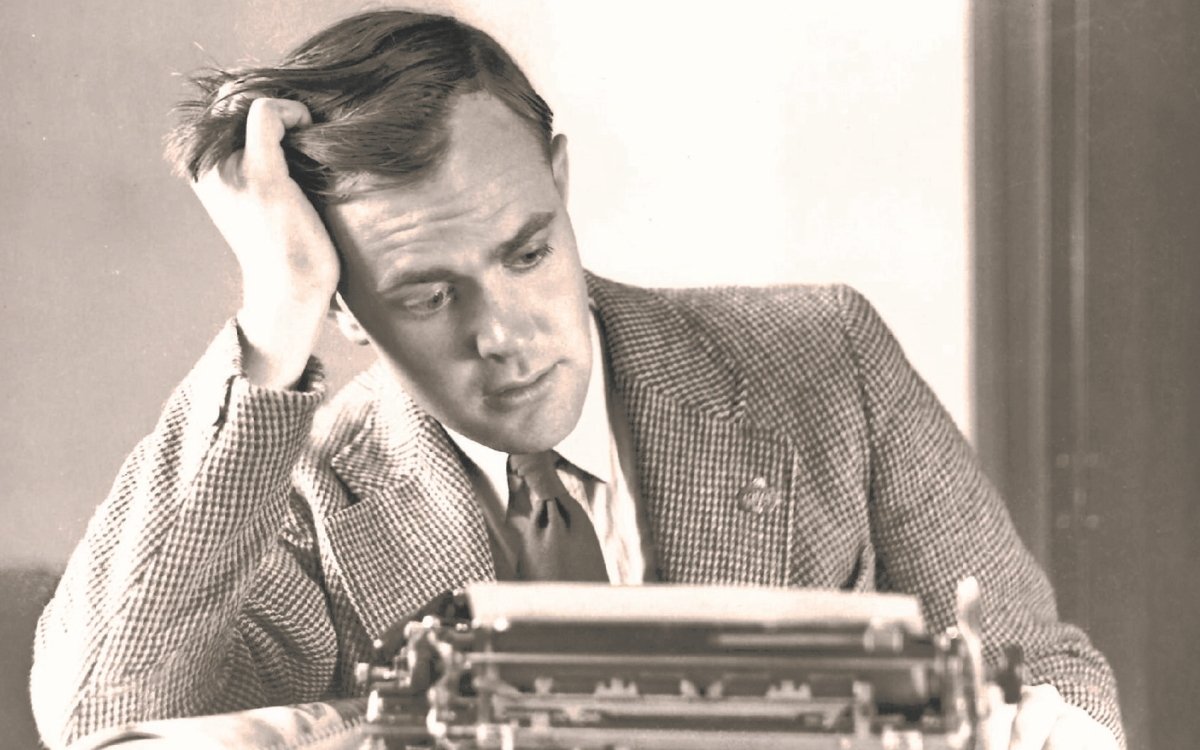 In a discussion facilitated by Colin Steele, Jennifer Cockburn will be talking about her most recent book, Writing for His Life: Stewart Cockburn, Crusading Journalist.

As a journalist, Stewart Cockburn was instinctive and fearless. The 16-year-old copy boy who started at the Adelaide Advertiser in 1938 was to have a career in writing, radio and television that spanned more than 45 years. In this biography, Stewart Cockburn’s daughter Jennifer draws on his many letters and journals, bringing to life the father she knew and the changing times he so closely observed.

Copies of the book can be purchased on the night from the National Library Bookshop and, following the discussion in the Theatre, Jennifer Cockburn will be available for book signing in the Foyer. 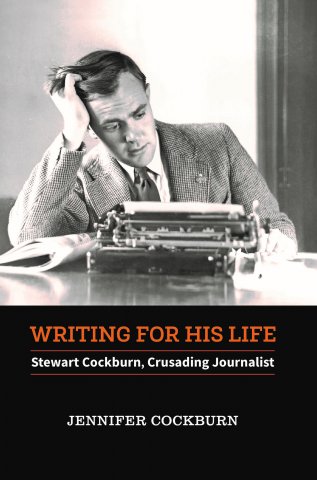 As a journalist, Stewart Cockburn was instinctive and fearless. The 16-year-old copy boy who started at the Adelaide Advertiser in 1938 was to have a career in writing, radio and television that spanned more than 45 years. Restless ambition took him to post-war London with Reuters, to Melbourne with the Herald, to Canberra as Press Secretary to Prime Minister Robert Menzies, and to Washington, DC as Press Attaché at the Australian Embassy.

On returning to the Advertiser, Cockburn’s feature-writing won him a Walkley Award and his opinion columns were ever informative and influential. In 1978 he challenged Premier Don Dunstan’s politically charged sacking of Police Commissioner Harold Salisbury. His tenacious journalism also prompted the 1983 Royal Commission into the scientifically questionable murder conviction of Eddie Splatt. His books included The Salisbury Affair and very fine biographies of South Australia’s long-serving Premier Sir Thomas Playford and, with David Ellyard, the eminent nuclear scientist Sir Mark Oliphant.

In this biography, Stewart Cockburn’s daughter Jennifer draws on his many letters and journals, bringing to life the father she knew and the changing times he so closely observed.

Jennifer Cockburn grew up in Australia and moved to the United States after she graduated from the Australian National University with a BA in Political Science and an LLB (Hons) degree. After earning her Master of Laws at Georgetown University, she pursued a nearly 30-year legal career in Washington, DC, first in private practice and then at the International Finance Corporation. She retired in 2008 with the idea of writing a biography of her father, the late Australian journalist and author Stewart Cockburn. Writing for His Life: Stewart Cockburn, Crusading Journalist is the result.

Colin Steele is an Emeritus Fellow of the ANU. He is the author/editor of 7 books on history, libraries and scholarly communication, as well as many articles and reviews. In 2001, he was elected an Honorary Fellow of the Australian Academy of Humanities, and in 2002 received the Australian Centenary Medal for Scholarly Communication services. He has been a judge for the Prime Ministers Literary Award for Non-fiction from 2010 to 2012, and also for History in 2012. Colin Steele is a current Canberra Writers Festival board member, and the Convenor of the ANU Meet the Author events.