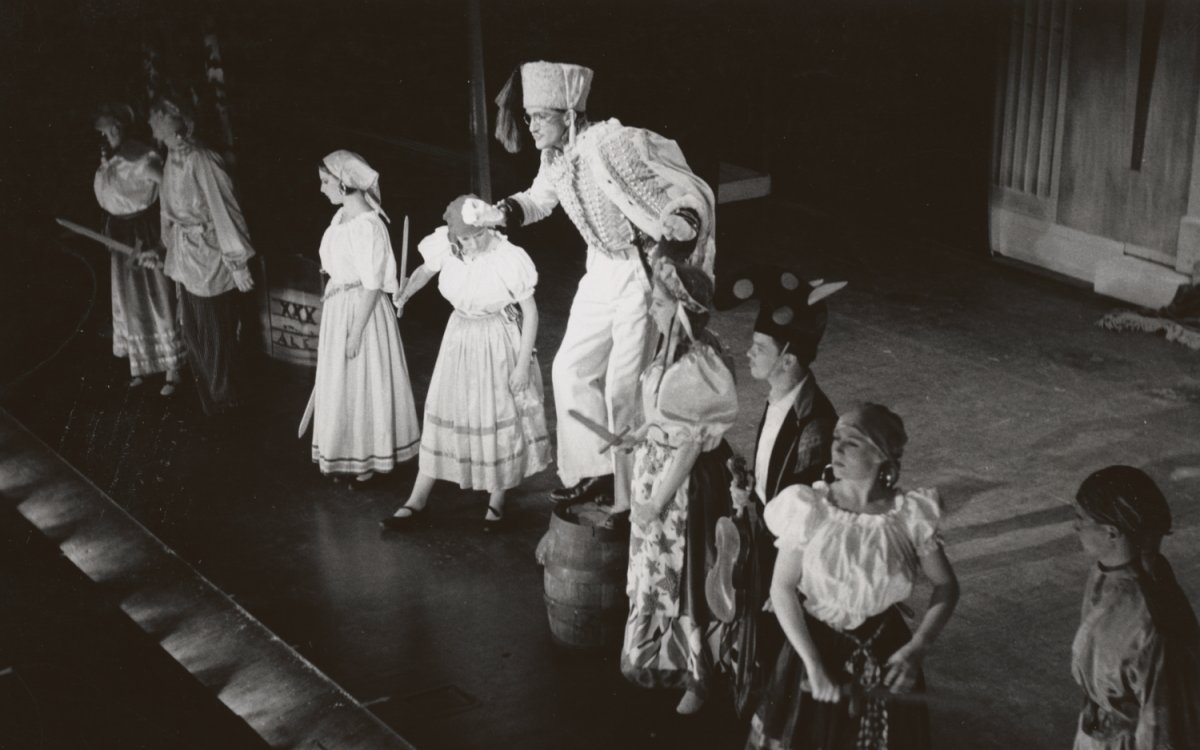 Join us for a special evening celebrating grassroots performing arts!

A key figure in community performing arts, Peter Wilkins has been a theatre reviewer for The Canberra Times for the past 25 years. He has been influential in the artistic development for many Canberrans as a popular drama teacher at Narrabundah College for 22 years. Since then he has continued to mentor both teachers and students across the region through the Come Alive! Festival of Museum Theatre which challenges students to create theatre that brings our national cultural collections to life.

Karen Vickery is an award-winning actor and director. She has performed in all media and for a range of companies including Sydney Theatre Company, Belvoir, commercial theatre, independent theatre, ABC TV and radio, film and commercial television. Karen will be performing a reading from Our Country’s Good, the story of the first piece of western theatre performed in Australia, George Farquhar’s The Recruiting Officer.

Taimus Werner-Gibbings is one of the Founding Producers of Lakespeare, an independent theatre company dedicated to making theatre accessible to Canberrans. Each summer it produces Shakespeare by the Lakes, a free summer season of Shakespeare performances in Canberra’s open spaces.

David Whitbread is a bassoonist with Weston Winds, the Weston Creek Community Concert Band that has been based in Weston Creek for over 30 years. Both as a solo performer and as a member of various orchestras, operas, ballets and shows, David has been entertaining audiences for many years, including shows such as, Things you shouldn’t do on a bassoon.

Fellowship Presentation: Living with the Dead