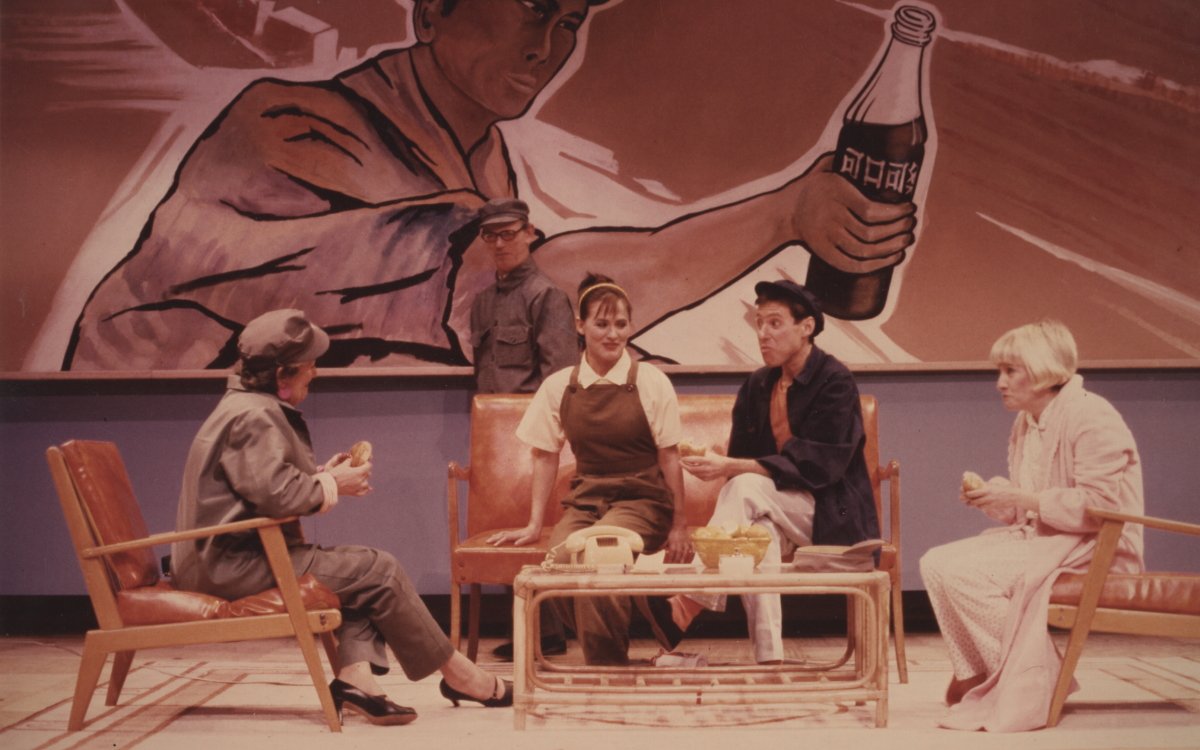 Join Professor Anne Pender as she presents her 2021 National Library Fellowship research on Australian theatre productions touring to China from the 1980s onwards, and the development of this cultural relationship.

On 19 September 1987, the first Australian play, Jack Hibberd’s A Stretch of the Imagination, was performed in Shanghai, China, with remarkable success. This early performance was part of a transformational cultural relationship between Australia and China through the exchange of key theatrical productions from the early 1980s until the present.

Professor Anne Pender is a 2021 National Library of Australia Fellow supported by the Ray Mathew and Eva Kollsman Trust for Research in Australian Literature.

Image: A scene from The Impostor, 1987, adapted from the play by Sha Yexin et al. directed by Geoff Hooke for Playbox Theatre at the Spoleto Festival. Photo by Jeff Busby, courtesy of the Performing Arts Collection, Arts Centre, Melbourne. Gift of the Malthouse Theatre.

Professor Anne Pender holds the Kidman Chair in Australian Studies at the University of Adelaide, where she lectures in Australian Literary and Theatre Studies, and is Director of the JM Coetzee Centre for Creative Practice. Anne is the author of 6 books exploring the lives and work of many Australian writers and performers, including her most recent work, a collective biography, Seven Big Australians: Adventures with Comic Actors, published in 2019, and her full biography of Barry Humphries, One Man Show.