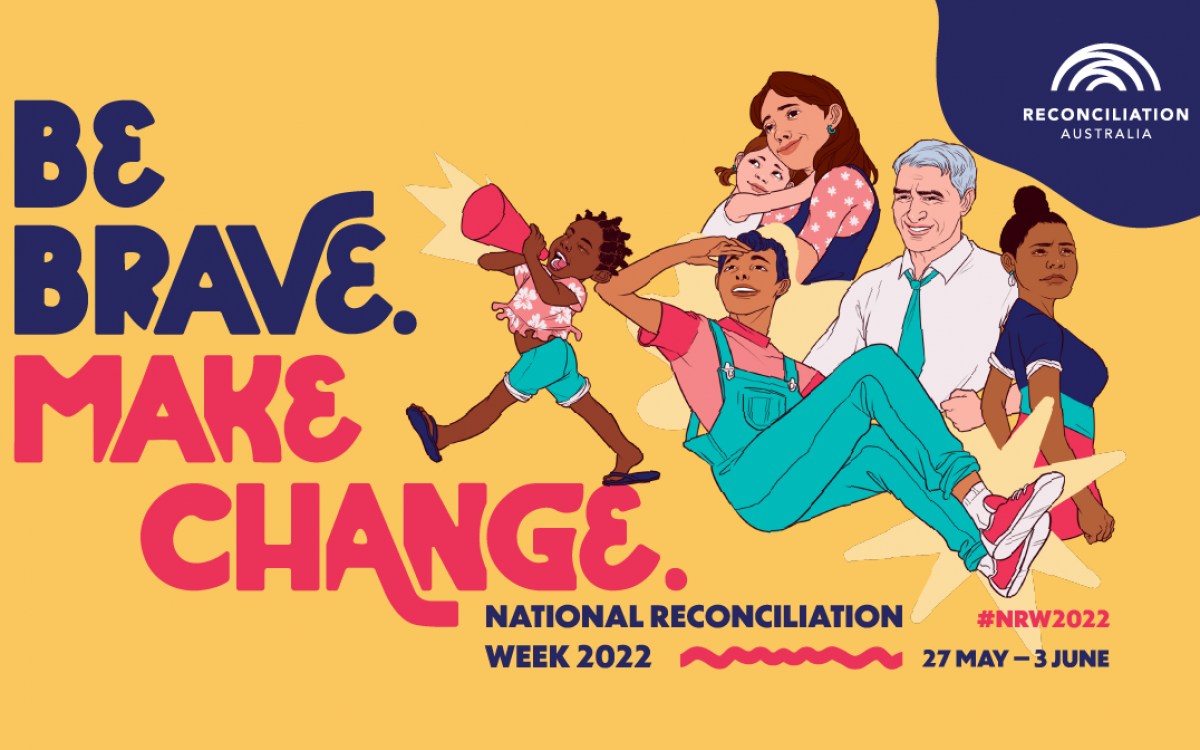 Reconciliation Week occurs every year from 27 May to 3 June. It is a time for us to learn about our shared histories, cultures and achievements, and to explore how each of us can contribute to achieving reconciliation in Australia.

The theme for 2022 is ‘Be Brave. Make Change.', and Reconciliation Australia encourages awareness with their ‘Share Our Pride’ online resource.

During Reconciliation Week, the Library will be screening a selection of ‘First Films’ in our Theatre. These short films showcase stories that embody ‘Be Brave, Make Change.’ and have been made available courtesy of our friends at the National Film and Sound Archive and their wonderful Black Screen initiative.

No bookings are required to attend the screenings – just show up and enjoy! Full details of the films being screened, and the date and time of each screening have been included below.

WARNING: Aboriginal and Torres Strait Islander viewers are advised that the following program may contain images and/or audio of deceased persons.

Neville Bonner AO grew up on the banks of the Richmond River and started his working life as a ringbarker, canecutter and stockperson. He spent 16 years on the repressive Palm Island Aboriginal Reserve where he learned many of the skills that would help him later as a politician.

During the 1950s, Faith Bandler AC became involved in the peace movement, and in 1956 she was instrumental in setting up the Australian Aboriginal Fellowship. Faith was also a founding member of the Federal Council for Aboriginals and Torres Strait Islanders, becoming the director of its referendum campaign in 1967, NSW State Secretary from 1962 to 1970 and General Secretary from 1970 to 1973.

Above the tip of Cape York, beyond the northern-most point of the Australian continent, are the Torres Strait Islands.

The economy here is based on home gardens and pearl-shell fishing. The culture, with its basis in music, dancing and ceremony, provides a striking contrast to that of mainland Australia.

This film, shot in the late 1960s, shows how strongly old traditions still affect Torres Strait Islander people, even though they also have most of the trappings of modern life.

Against all odds and with the help of their charismatic conductor, the choir embarks on an historic tour of Germany to take back the hymns that were given to their great grandparents by German missionaries, now sung in their own Aboriginal languages.

Together they share their music and stories of cultural survival, identity and cross-cultural collaboration.

Come on an adventure as the unlikeliest band on earth goes on tour to the other side of the world!