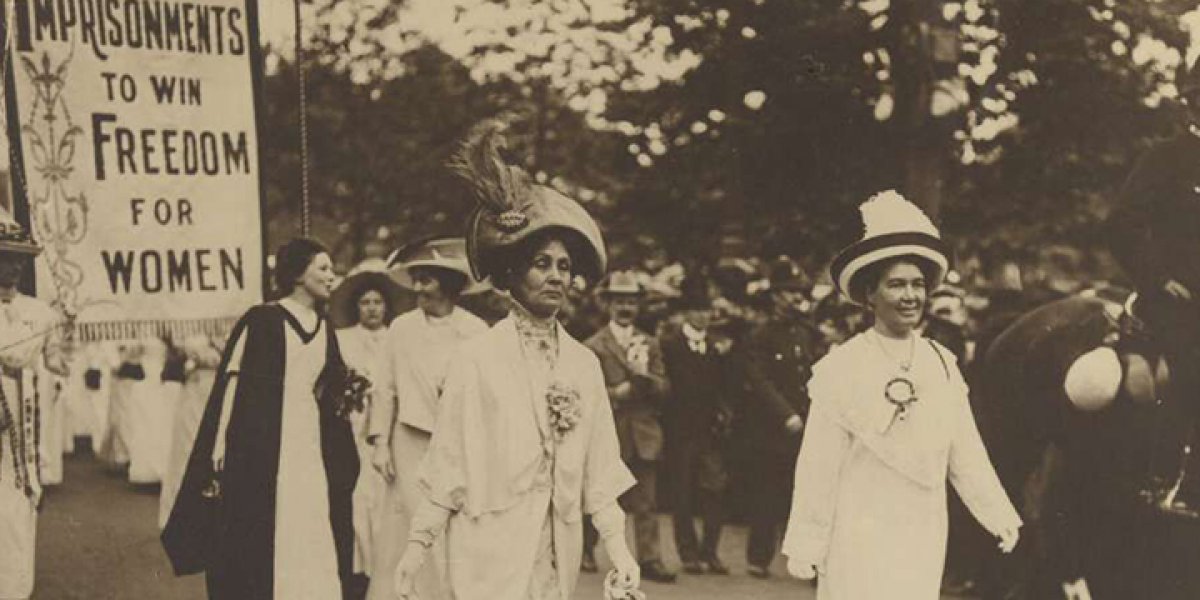 During her stay in England in 1913, Bessie Rischbieth witnessed the whirlwind of the suffragettes' struggle for the right to vote, which was then at its height.

Fascinated by the charisma of the suffragettes and their militant actions, she gathered memorabilia of the movement, building a collection of photographs, pamphlets, newspaper cuttings, suffrage periodicals, postcards and correspondence. She continued to grow the collection for the remainder of her life. Rischbieth bequeathed this 'living memorial' to the National Library of Australia.

Bessie Rischbieth conceived of her transnational collection as a 'bridge over the British and Australian demand for the vote'. The British campaign formed the basis for her own campaigns for women's equality and rights in Australia. Building on this foundation, she became a prominent figure in Australian and international feminism.