Listen to a selection of interviews from the Hazel de Berg collection, online through the links below in Trove:

Find more information on these interviews, and many more on the Hazel De Burg collection news page.

Hazel de Berg (1913–1984) was the daughter of the Reverend George Holland, a Methodist minister and missionary. Born in Deniliquin, New South Wales, she spent most of her childhood in a series of country parsonages. She finished her schooling at the Methodist Ladies’ College in Sydney. She trained as a photographer at Paramount Studios and later worked in the studio of Noel Rubie. In 1941 she married Woolf de Berg, a Polish-born company director. She lived in Sydney for the rest of her life.

In the 1950s, as her three children grew older, de Berg took on new activities, such as studying radiography and Indonesian. In 1957 she first used a tape recorder when she undertook voluntary work for the Talking Book Service for the Blind. She persuaded Dame Mary Gilmore to make some introductory comments about her book Old Days, Old Ways, and this brief recording marked the beginning of her remarkable career as a recorder of life histories. 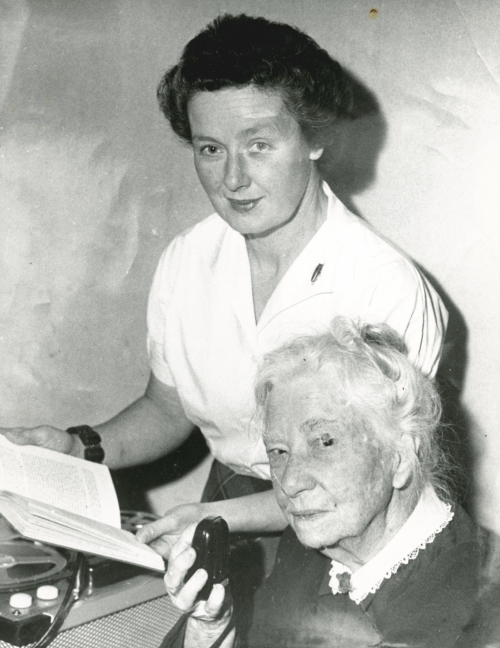 In the next three years, encouraged by John Thompson and Douglas Stewart, she recorded about 70 poets, as well as novelists and playwrights. In 1960 she turned to artists and eventually recorded about 250 painters and sculptors. As time went on, the recordings became longer and the subject range more diverse. De Berg travelled to every state in Australia and also Britain and the United States. Most of her subjects were prominent or rising figures in their fields, but in later years she became interested in local history and carried out interviewing projects in Tamworth, Cowra and Young. She often spoke of retiring, but in fact continued to make recordings right up to the time of her death.

Although she disliked the term ‘oral history’, de Berg was the pioneer of oral history in Australia. A few other individuals, such as John Thompson, had recorded life stories, but no one else worked for so long, interviewing so many people of different occupations and backgrounds. In 27 years, she recorded 1290 Australians born between 1865 and 1953. The collection is testament to her extraordinary energy, enthusiasm, charm and perseverance.

The Library became aware of de Berg’s work at a fairly early stage and urged her to preserve the tapes in the Library. In 1960 she began donating the tapes and continued to do so for the rest of her life. 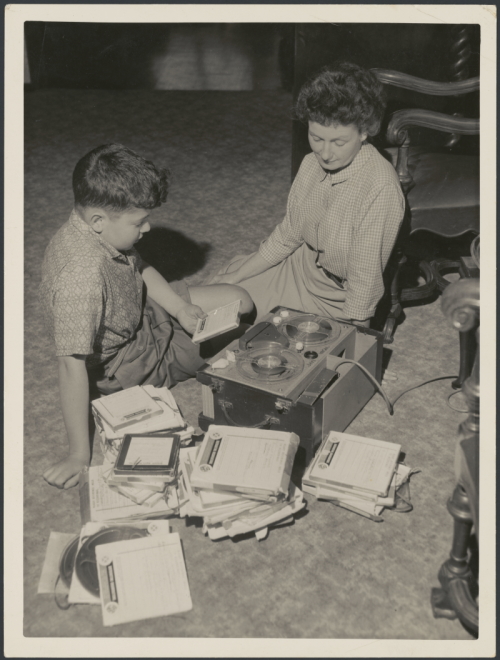 The Library funded the transcription of the recordings. In 1972 a contract was drawn up whereby the Library would pay an annual grant. It was renewed several times, but de Berg remained a free spirit, selecting most of her interviewees and organising her field trips.

The de Berg Collection is described and indexed in the catalogue published by the Library in 1989. It comprises 1290 recordings and a total of 1301 tapes. The recordings vary greatly in length. The earliest were short poetry readings with a few additional comments by the writer and are often only a few minutes in duration. Later interviews were longer, but as de Berg often made two or three recordings in a single day they were not usually more than an hour or two. However, there are a few recordings that are much longer, such as John Forbes (160 minutes) Rupert Lockwood (168 minutes), Anita Aarons (186 minutes), Marjorie Tipping (222 minutes), Jack Lang (240 minutes) and Larry Lake (342 minutes). 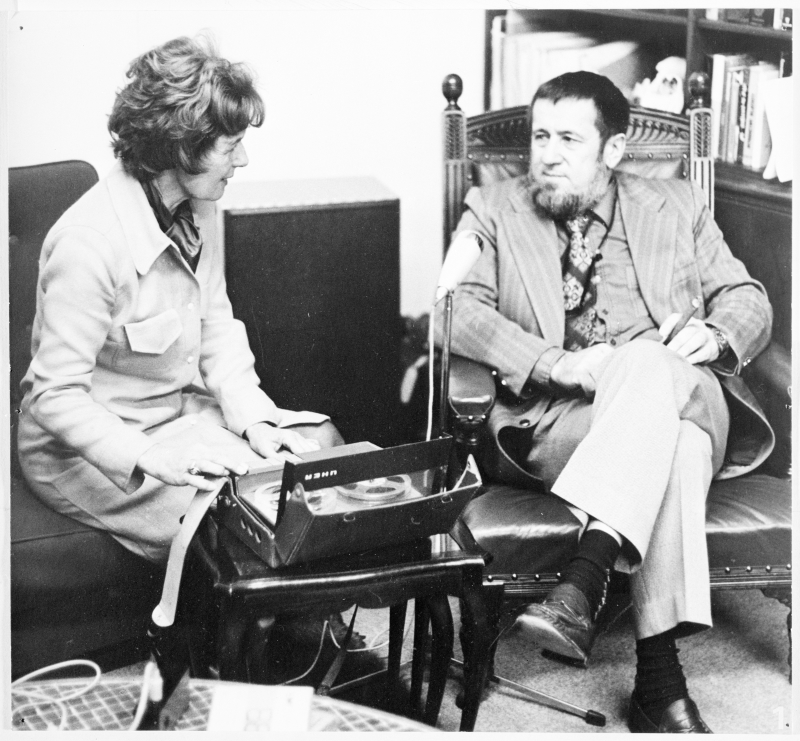 All the recordings have been transcribed. 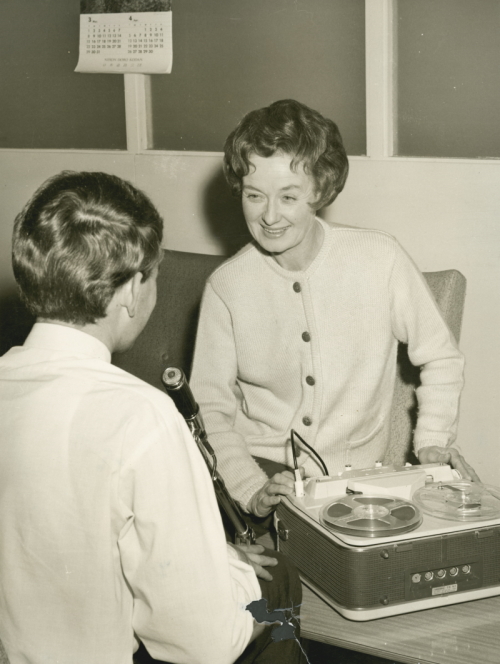 Find out more about the National Portrait Gallery In their own words exhibition featuring Hazel de Berg's interviews.