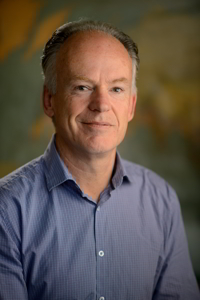 Mark McKenna is one of Australia’s leading historians, based at the University of Sydney. He is the author of several prize-winning books, most recently From the Edge: Australia’s Lost Histories, which won the 2017 New South Wales Premier’s Prize for Australian History, and a biography of historian Manning Clark, An Eye for Eternity: The Life of Manning Clark, which won the 2012 Prime Minister’s Literary Award for Non-fiction and the Queensland, Victorian, New South Wales and South Australian premiers’ non-fiction awards. His most recent publication is Quarterly Essay 69, ‘Moment of Truth: History and Australia’s Future’.

The British Crown made promises when it colonised Australia. In 1768, Captain James Cook was instructed to take possession ‘with the Consent of the Natives’. In 1787, Governor Phillip was ordered to treat First Nations peoples with ‘amity and kindness’. Neither of these directives were carried out, as so many of the Indigenous delegates to the dialogues that preceded the release of the Uluru Statement in May 2017 have reminded us.

Cook did not discover us, because we saw him. We were telling each other with smoke, yet in his diary, he said ‘discovered’. (Torres Strait)

The invasion that started at Botany Bay is the origin of the fundamental grievance between the old and new Australians: that Australia was colonised without the consent of its rightful owners. (Sydney)

Australia must acknowledge its history, its true history. Not Captain Cook. What happened all across Australia: the massacres and the wars. If that were taught in schools, we might have one nation, where we are all together. (Darwin)

As Australia approaches the 250th anniversary of Cook’s landing at Kurnell and Cooktown, the story of both communities’ attempts to commemorate the event reveals much about our long struggle to come to terms with our past. Few other places capture the dilemma of reconciling European and Indigenous histories in quite the same way.

For the Gweagal of Botany Bay, who resisted Cook’s landing in 1770—two warriors raising their spears in defiance before Cook fired his musket on three separate occasions, injuring one man and forcing his way ashore as two spears were thrown at him—Cook did not give birth to modern Australia so much as spawn the idea that Australia was Britain’s for the taking: a place where ‘the natives’ were not ‘very numerous’ and lived ‘in small parties’ along the coast. Displaying the ‘English colours’ on shore each day, Cook carved the date and name of his ship in a tree at Kurnell and sailed northwards, claiming possession of the ‘whole Eastern coast’ of the continent and naming it ‘New South Wales’. Weeks later, reflecting on his encounter with the Gweagal, he admitted that ‘all they seem’d to want was for us to be gone’, words that were subsequently quoted so often that they became prophetic. For Aboriginal people across the continent in the years ahead, Cook’s name came to stand for all white invaders. He was the first of them and he was all of them—a series of happenings both past and present—more a body of story than a man.

At Cooktown, Queensland, a few months later, the Guugu Yimithirr heard news of Cook’s progress along the coast long before they saw the Endeavour on the horizon. Far to the south, on the beaches of K’gari (Fraser Island), the Badjala and Dulingbara had followed the path of ‘a mysterious whitewinged object passing along the surface of the ocean like a gigantic pelican’. Some on the island saw it ‘coming up and going back with the wind at its rear, like a sand crab’. While the Guugu Yimithirr were prepared for the vessel’s appearance—reports of the sighting of a ‘strange large canoe’ had travelled north from Cape Tribulation—they were certainly not prepared for its entrance into their waters, nor did they expect the visitors to stay. They were accustomed to seeing the smaller, transitory craft of the Torres Strait Islanders and the Makassans ‘looking for fish, dugong, bêche-de-mer, trochus or shells’. What they saw on this day was otherworldly. Early on the morning of 17 June they watched as James Cook’s Endeavour entered the river mouth, its white sails billowing like clouds floating on the water’s surface. Led by two small boats that Cook had sent ahead to warn him of the dangerous shoals that ‘lay in [his] way’, he anchored the leaking ship about a mile offshore before finally beaching it on the southern riverbank. For the next 3 weeks, as Cook’s men patched up the Endeavour and until tentative contact was finally made, the Guugu Yimithirr closely observed the visitors’ every move. In years to come, they would refer to Cook and his crew as ‘Wangaar’: ancestors who had finally returned from the east, ghostly white.

Cook would spend 7 weeks repairing the Endeavour in 1770. When his crew hauled a dozen giant green sea turtles on deck and refused to share them, he met fierce resistance from the Guugu Yimithirr. Angered by several men who had set fire to the grass where he’d left a ‘forge and a sow and a litter of young pigs’, Cook fired his musket, wounding an Aboriginal man, after which the men immediately retreated. Seizing the spears that they had left behind, Cook and Banks were approached about an hour later by ‘a little old man’ carrying a spear ‘without a point’, with several men brandishing spears walking only a few metres behind him. As he walked towards them, the old man halted several times, ‘collecting moisture from under his armpit with his finger’ and drawing it ‘through his mouth’. Cook and Banks ‘beckoned him’ to come closer. At this point, the old man turned to his comrades, who ‘laid their lances against a tree’. Then, slowly, they all came forward to meet one another. After they exchanged gifts and greetings, Cook returned their spears, remarking later in his journal that this seemed to have ‘reconciled everything’. More than 200 years later, local elder and historian Alberta Hornsby and her late uncle, Eric Deeral, explained the story through Guugu Yimithirr law: how the old man, by drawing sweat from under his armpits and ‘blowing the sweat on his hands into the air’, was performing a ritual known as ngalangundaama, a call for ‘protection and calm’. In Guugu Yimithirr law, no blood was to be spilt on Waymburr, the land on which Cook had come ashore and fired his musket. At last it was possible to understand the old man’s gesture of reconciliation from the perspective of the Guugu Yimithirr; it was a request for his law to be honoured and calm to be restored. For Alberta and Loretta Sullivan, president of the Cooktown Re-enactment Association, the story represents an inspiring moment of reconciliation, which they hope will form the centrepiece of Cooktown’s celebrations for the 250th anniversary of Cook’s visit.

Guugu Yimithirr Traditional Owner and Bama Historian Alberta Hornsby speaks about her community of Endeavour River and their connection with James Cook.

Meanwhile, at Kurnell in Sydney, every anniversary of Cook’s landing since 2000 has been commemorated through a Meeting of Two Cultures ceremony, in which visiting dignitaries, politicians, local Indigenous elders and school and community groups come together to listen, remember and share their understandings of Cook’s visit. Aboriginal, Australian and Sutherland Shire flags fly side by side. By moving away from the tired clichés of discovery and nation-making, they have made Cook a more promising emissary. The celebrations in 2020 will continue the theme of the Meeting of Two Cultures. The Kurnell and Cooktown communities’ willingness to rethink the way they commemorate Cook’s landing shows how acknowledging our history need not be a crude choice between shame and pride.

In all the stories that have circled around James Cook since he stepped ashore at Botany Bay and Cooktown in 1770—the assertions of historical firsts, the fierce disputations over Cook’s statue and the countless ex post facto claims freighted onto the shoulders of one brilliant navigator from Yorkshire—it’s possible to witness a nation hankering for a foundation narrative and its dispossessed people demanding that they be included in that same story on just terms. As the ways of remembering Cook’s landings have changed over time, he has become much more than the embodiment of modernity, invasion and dispossession; he is also the promise of peace and reconciliation. He plants the seeds and is gone. He claims possession without consent, yet he also brings with him the law that will belatedly recognise native title more than 2 centuries later. He is at once the agent of destruction and the agent of redemption. A man who becomes a story that remains open ended—a story that continually draws us back, although we know the whole tale will always elude us. Cook can be lionised, misrepresented and reviled, but he can never be banished from Australia’s historical consciousness. We stand forever on the beach with him.