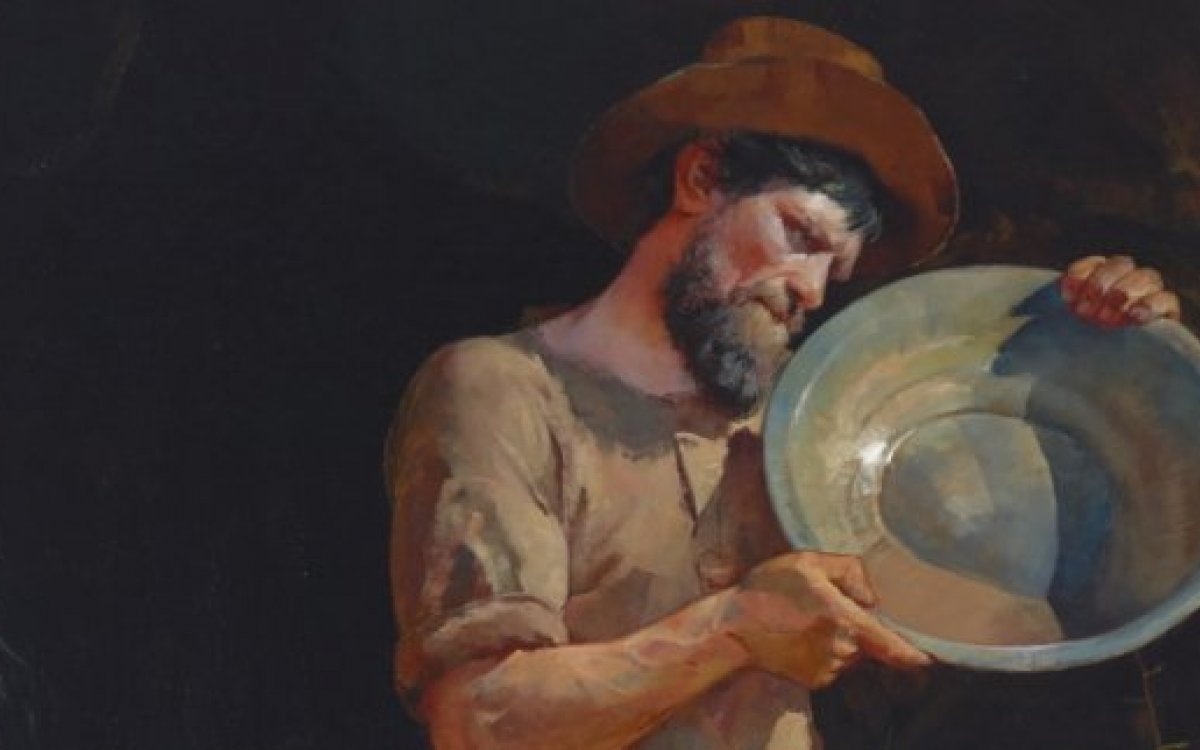 Original drawings and paintings by the artists of The Picturesque Atlas of Australasia will be on show at the National Library of Australia’s new exhibition, opening on Friday 12 March.

The Atlas, published in supplements between 1886 and 1889, set out to document through illustrations, maps and text a settler-colonial view of Australia’s history, landscape and ways of life. It was also a catalyst for the art movement that followed, now known as Australian impressionism.

The exhibition showcases the art of three of the Atlas’s artists: Julian Ashton, A. Henry Fullwood and Frank Mahony. The works of other Atlas contributors – including William Macleod, Ellis Rowan, Constance Roth and Americans William Smedley and Frederic B. Schell – are also featured. More than 180 drawings, prints and paintings, as well as the original engraving tools of Atlas artist George Collingridge, are on show.

Director-General of the National Library of Australia Dr Marie-Louise Ayres said the exhibition is a pictorial time capsule from this period in Australian history.

‘The Picturesque Atlas of Australasia helped to establish the iconography of Australian impressionism, as well as providing readers with practical geographical details, through text and maps and hundreds of steel- and wood-engraved illustrations,’ Dr Ayres said.

‘The exhibition gives us an insight into what the artists of the day thought important to capture in presenting Australia to the world 135 years ago.’

This exhibition is presented in partnership with the Art Gallery of New South Wales, and includes works from national, state and regional galleries and collections, and also private lenders.

Art Gallery of New South Wales curator of Australian and Pacific Art Natalie Wilson co-curator of A Nation Imagined: The Artists of the Picturesque Atlas, said audiences will have their first chance in more than 130 years to appreciate the unparalleled undertaking that produced the Atlas, with artists sent across Australia and the Pacific to illustrate its pages.

‘The images produced by the Atlas artists were seen not only by the publication’s 50,000 subscribers, but by visitors to the popular world expositions in Melbourne and Chicago,’ Wilson added.

Wilson’s co-curator, Dr Gary Werskey – an Honorary Associate in the Department of History at the University of Sydney and author of Picturing a Nation: The Art and Life of A.H. Fullwood (March 2021) – has been exploring this period of Australian history for the past decade.

‘By focussing on the Atlas and its artists’, Dr Werskey believes that, ‘A Nation Imagined will offer visitors the opportunity to reimagine the history of late 19th-century Australian art, as well as to reflect on the origins of a settler-colonial world view of the nation's history and identity that still resonates with many Australians’.

A Nation Imagined: The Artists of the Picturesque Atlas is on at the National Library of Australia, Canberra, from Friday 12 March to Sunday 11 July 2021, 9am to 5pm daily. Entry is free.

Media can download images to support this story here.