Tensions were building across the Balkans throughout the early nineteenth century. Six great powers ruled Europe, including Great Britain, France, Germany, Russia, Austria–Hungary and Serbia, all of which were looking to expand their territories. Those observing the tensions anticipated, at some point, there would be another Balkan explosion, reflecting centuries of conflict between ‘the Turks and the Slavs and the Bulgars’. What was to come was a complete reinvention of the European map, changing the landscape in a matter of a few short years. 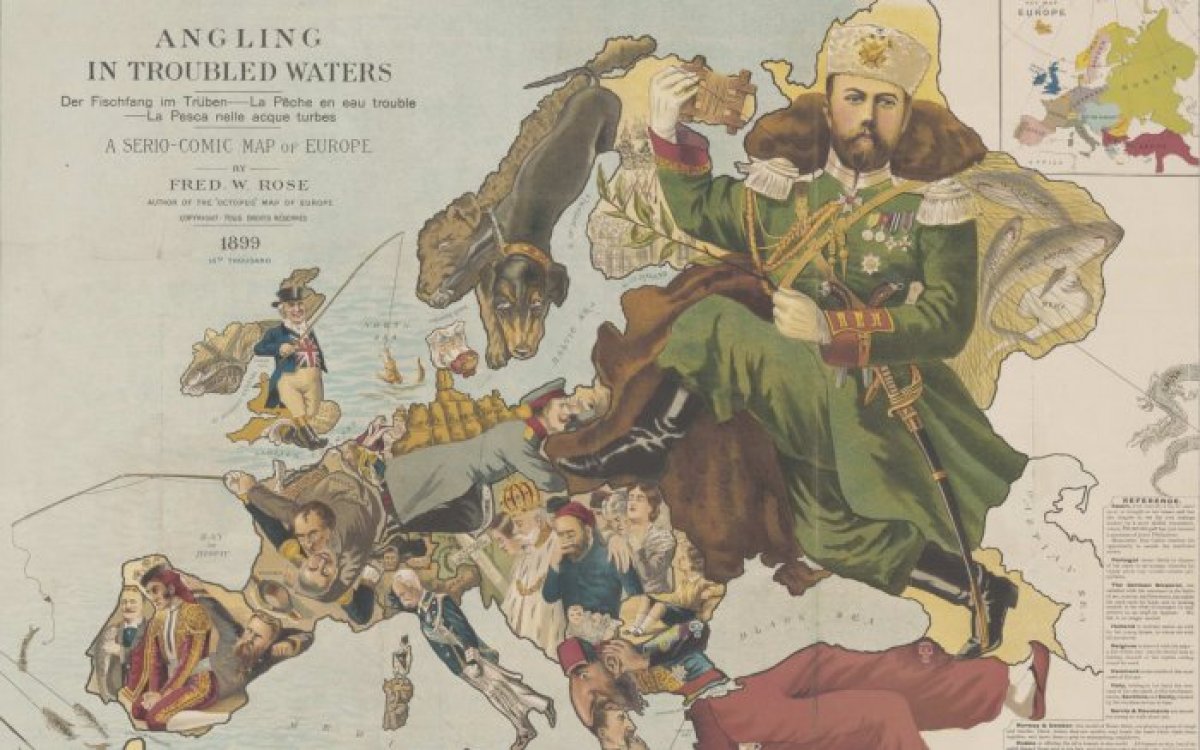 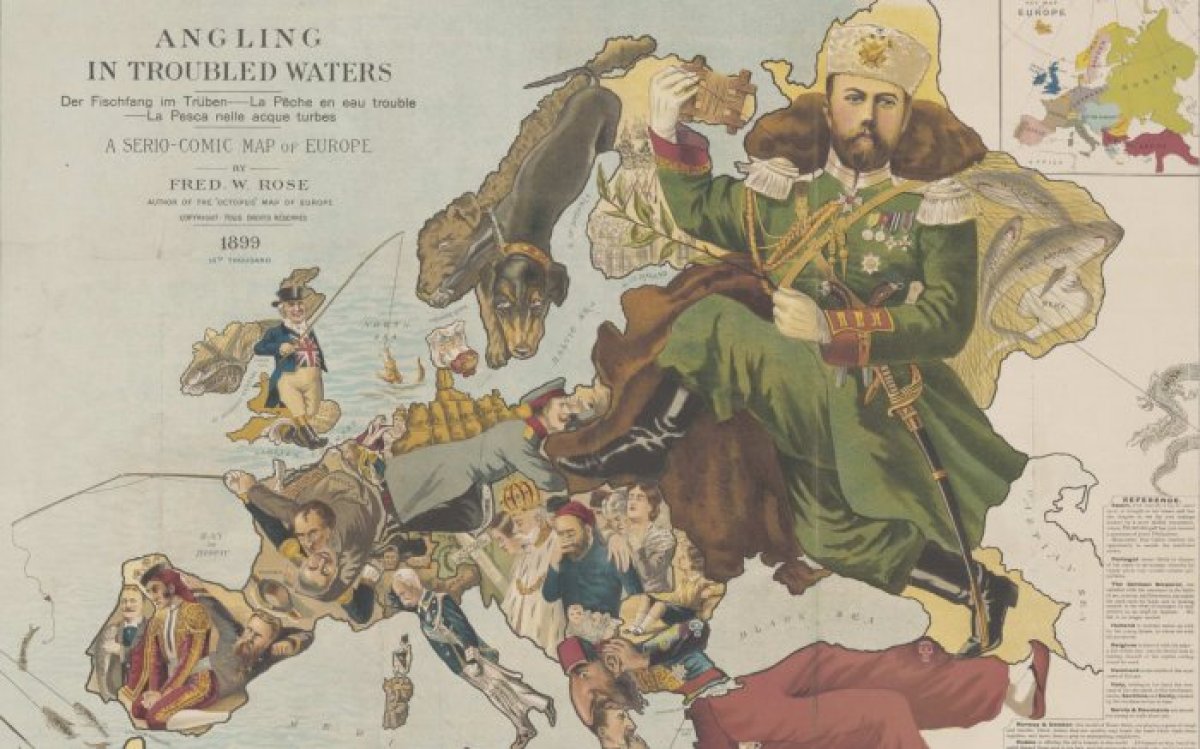 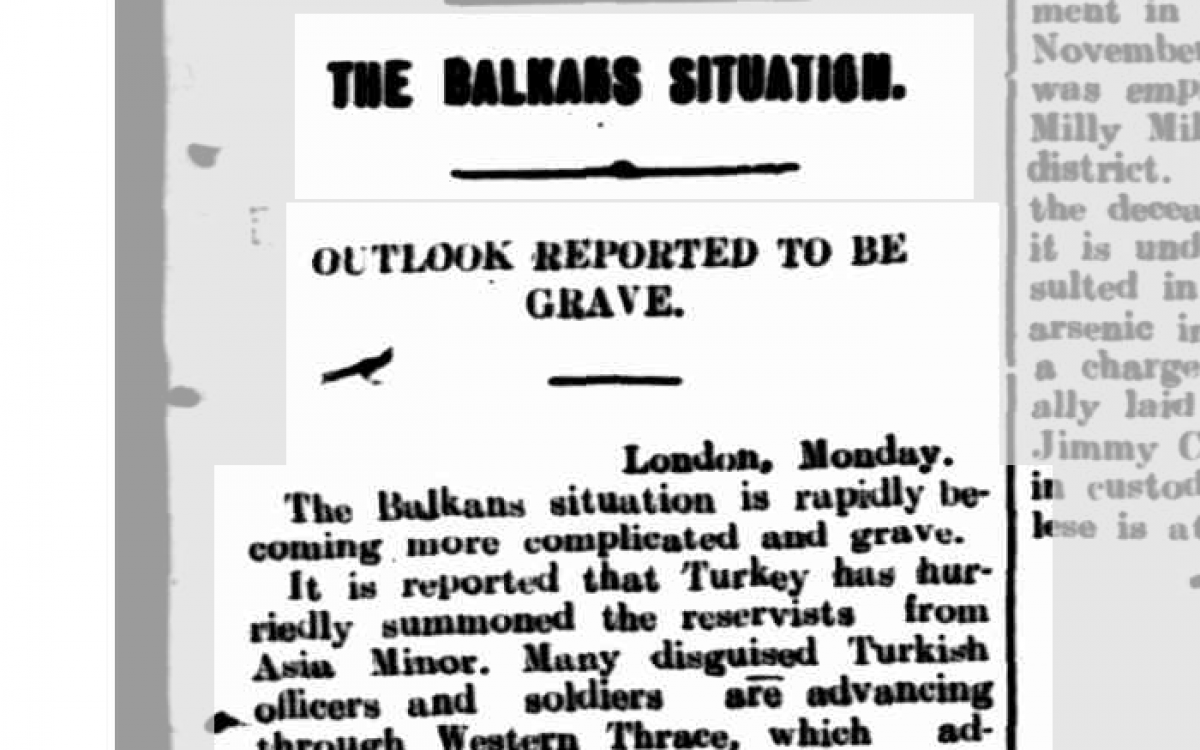 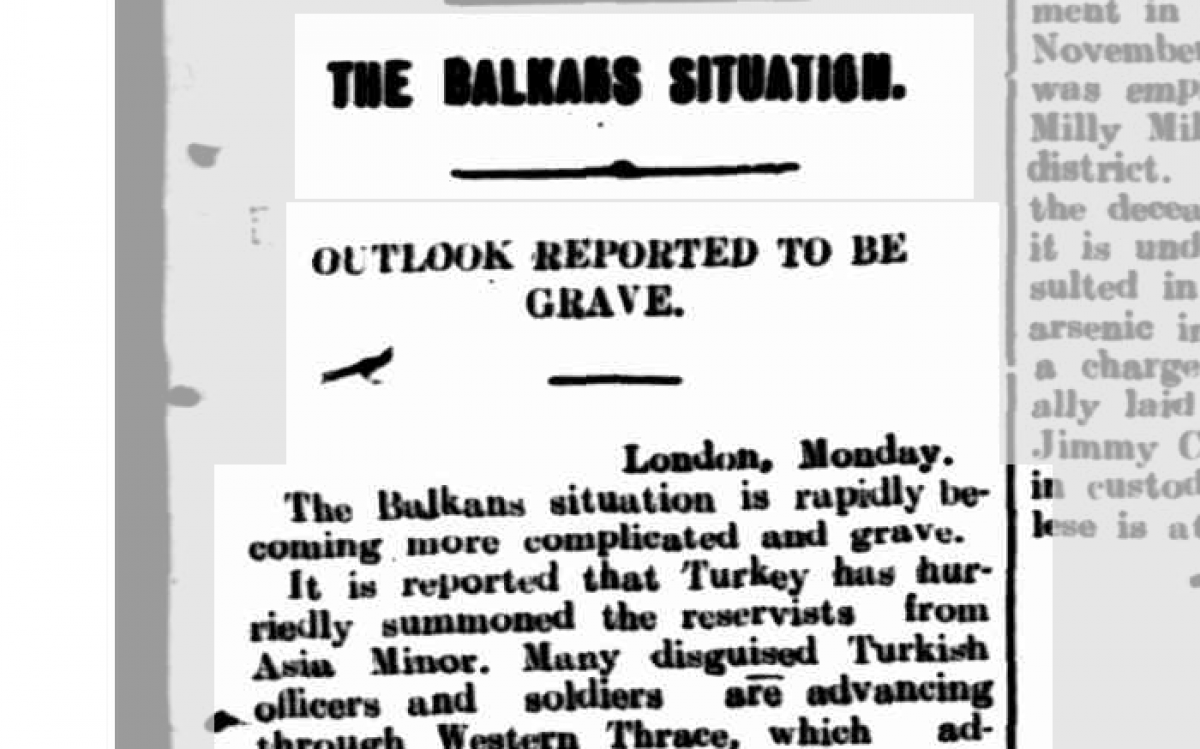 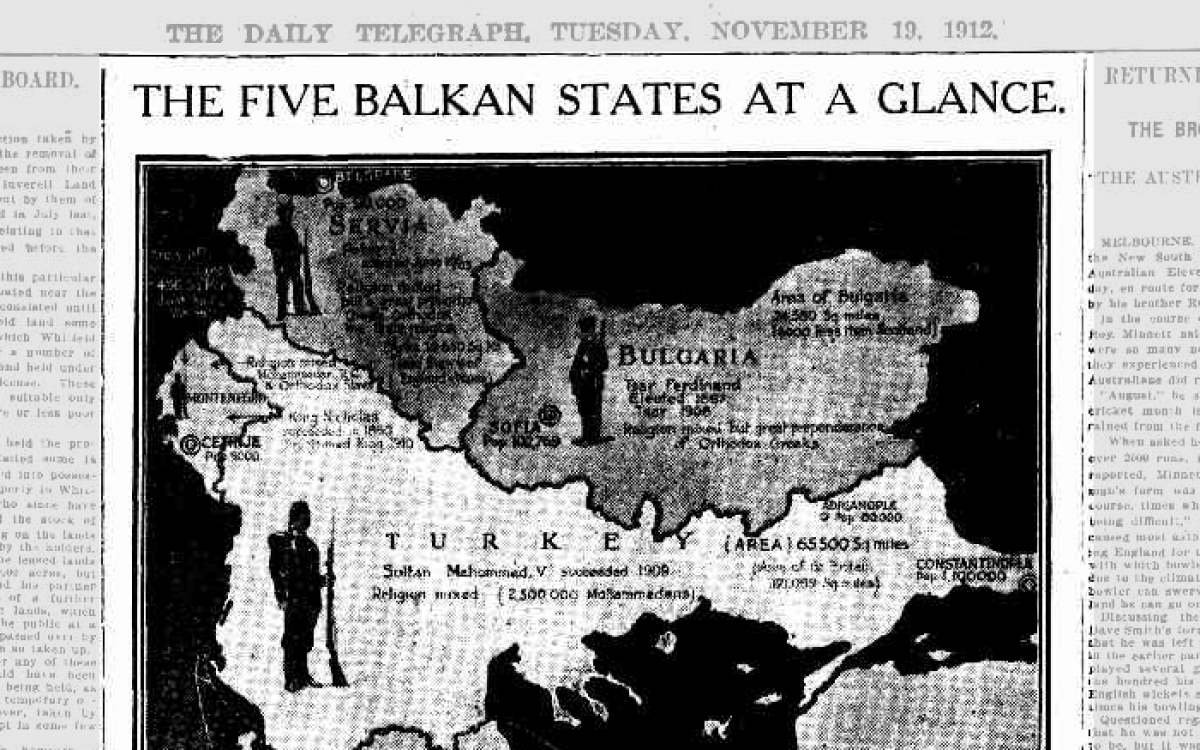 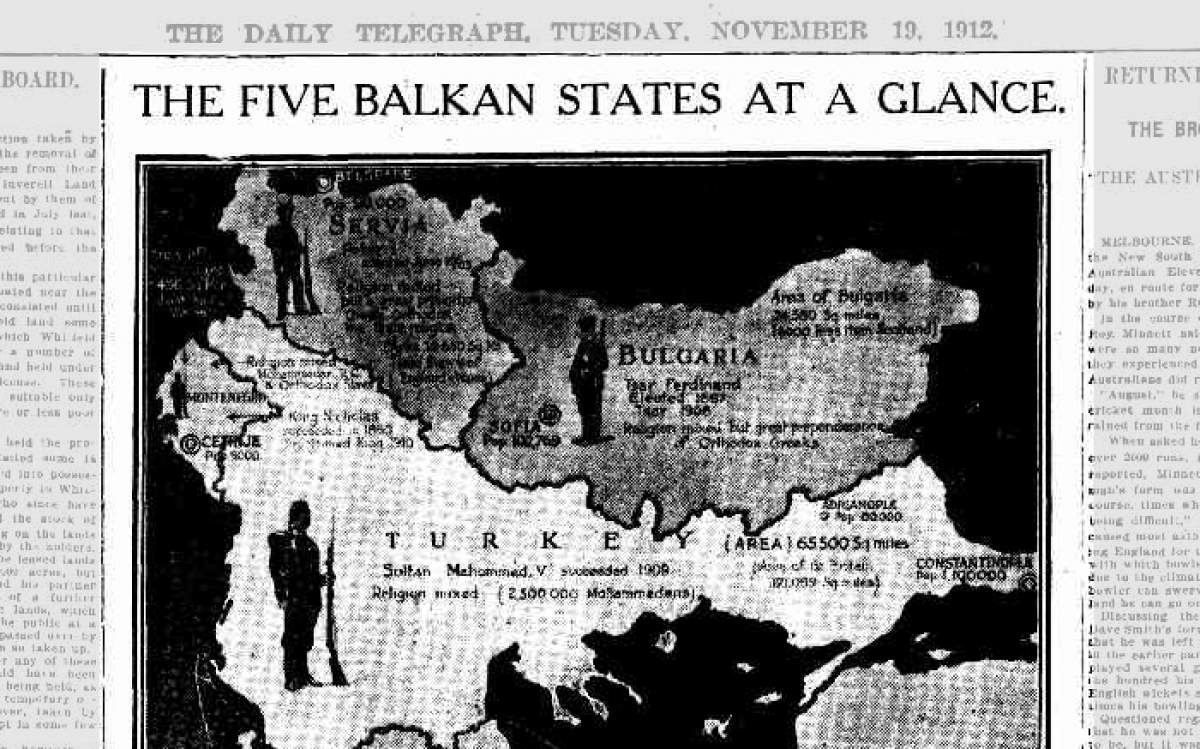 On 28 June 1914, Serbian nationalist Gavrilo Princip assassinated the heir to the Austrian–Hungarian Empire, Archduke Franz Ferdinand, and his wife, in Sarajevo, Bosnia. This event sparked a chain reaction that essentially led to the outbreak of World War I, less than a month later. Following the assassination, Austria–Hungary delivered a list of ultimatums to Serbia. When it failed to comply with the requirements, war was declared on 4 August 1914.

Following the mobilisation of Russian troops along Austria–Hungary’s Galician border, Germany promptly declared war on Russia, on 1 August, and announced its long-planned invasion of France, Russia’s ally, through Belgium. When Britain then declared war against Germany on 4 August, all of the five great European powers were simultaneously at war. In total, 30 nations joined the fight including Australia, France, Japan and Russia—known as the Allied powers. In turn, Germany, Austria–Hungary, Bulgaria and the Ottoman Empire formed the Central powers. 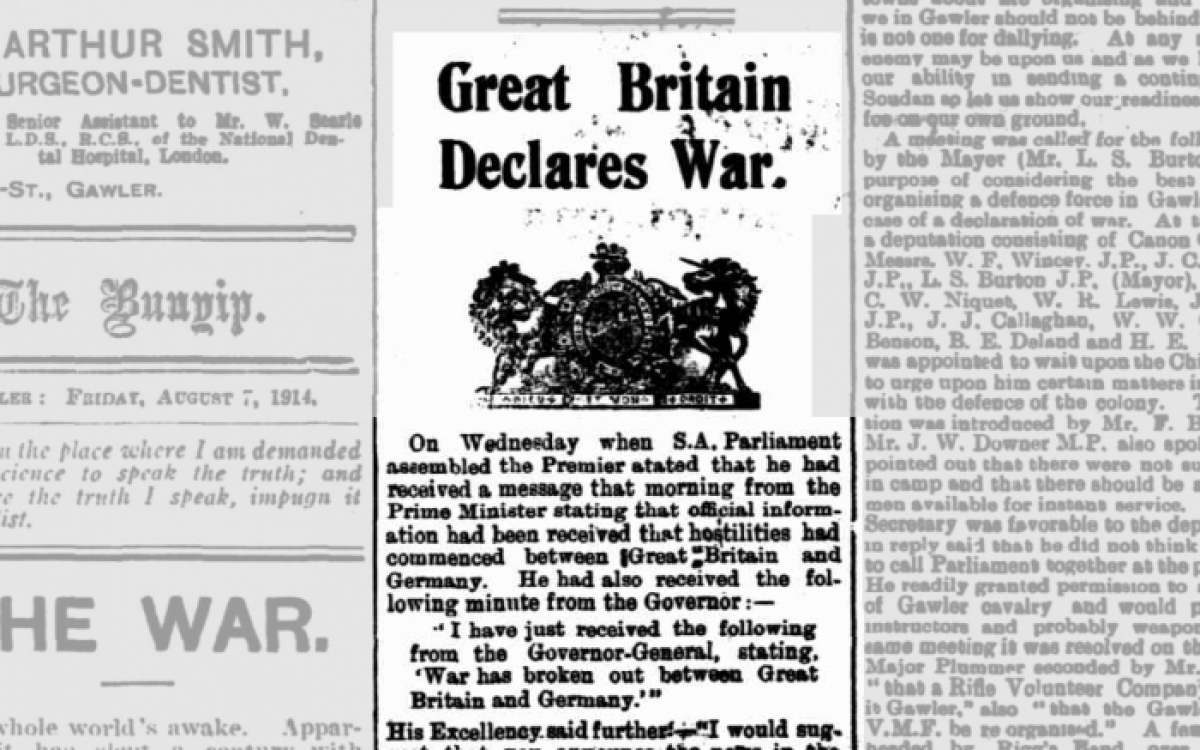 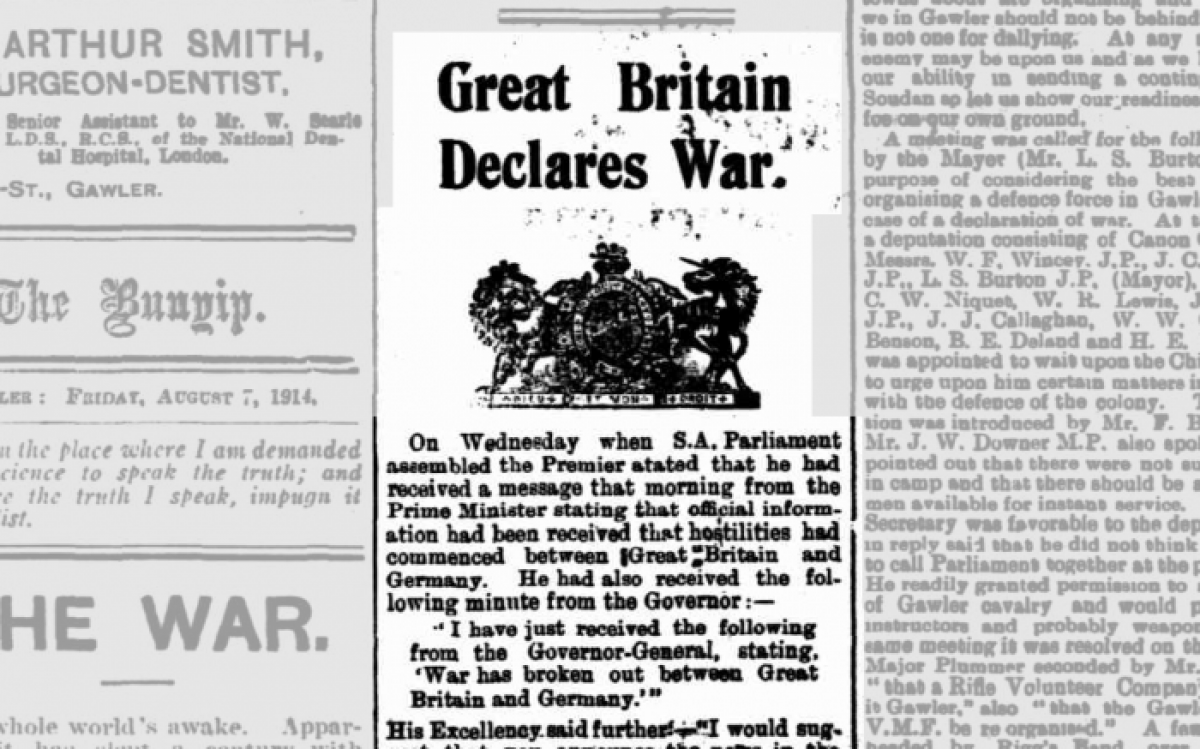 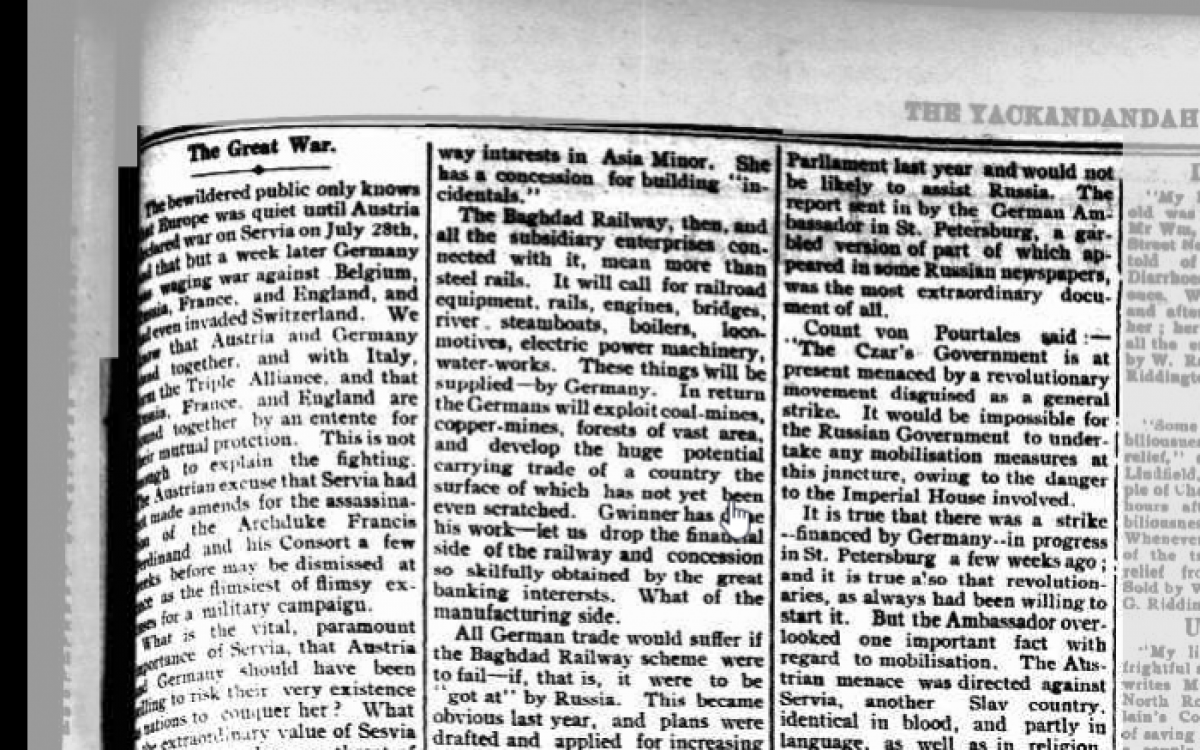 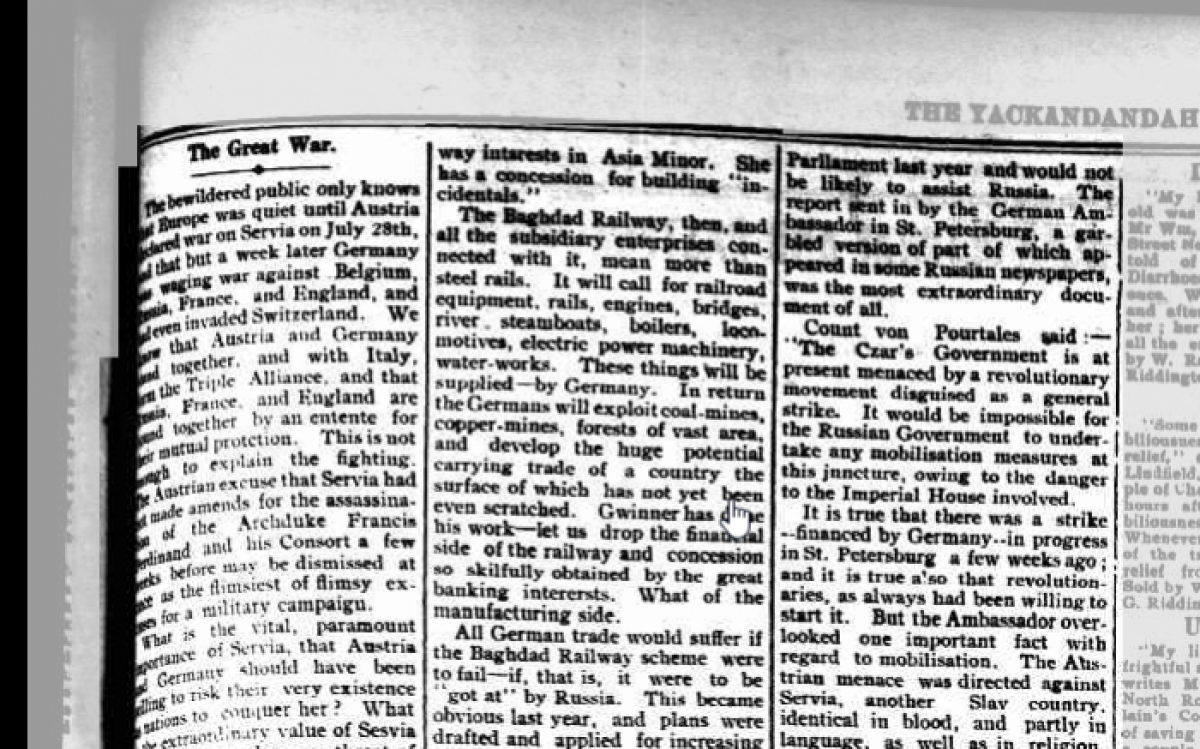 Australia’s involvement in World War I began almost immediately after Great Britain declared war on Germany. The strong sense of patriotism and loyalty to the Mother country led to both Prime Minister Joseph Cook and Opposition Leader Andrew Fisher to agreeing to send troops. As most Australians saw it, Britain’s declaration was justified on moral grounds and as a means to secure the Empire. 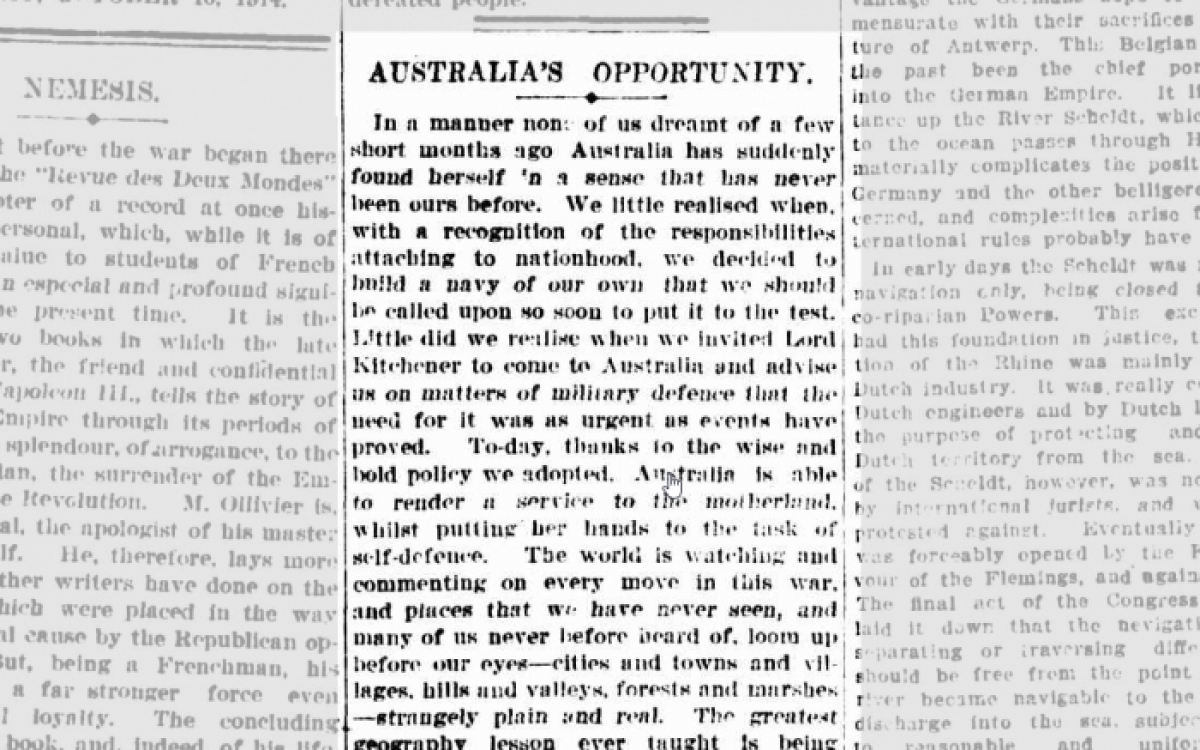 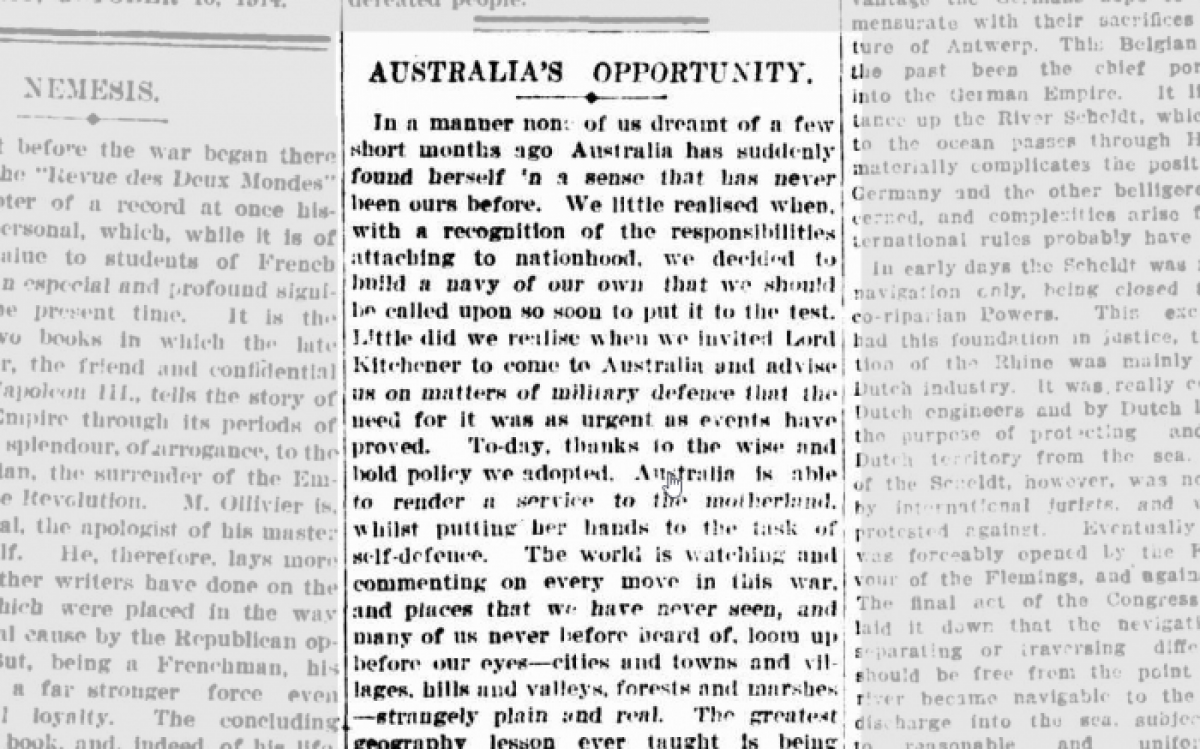 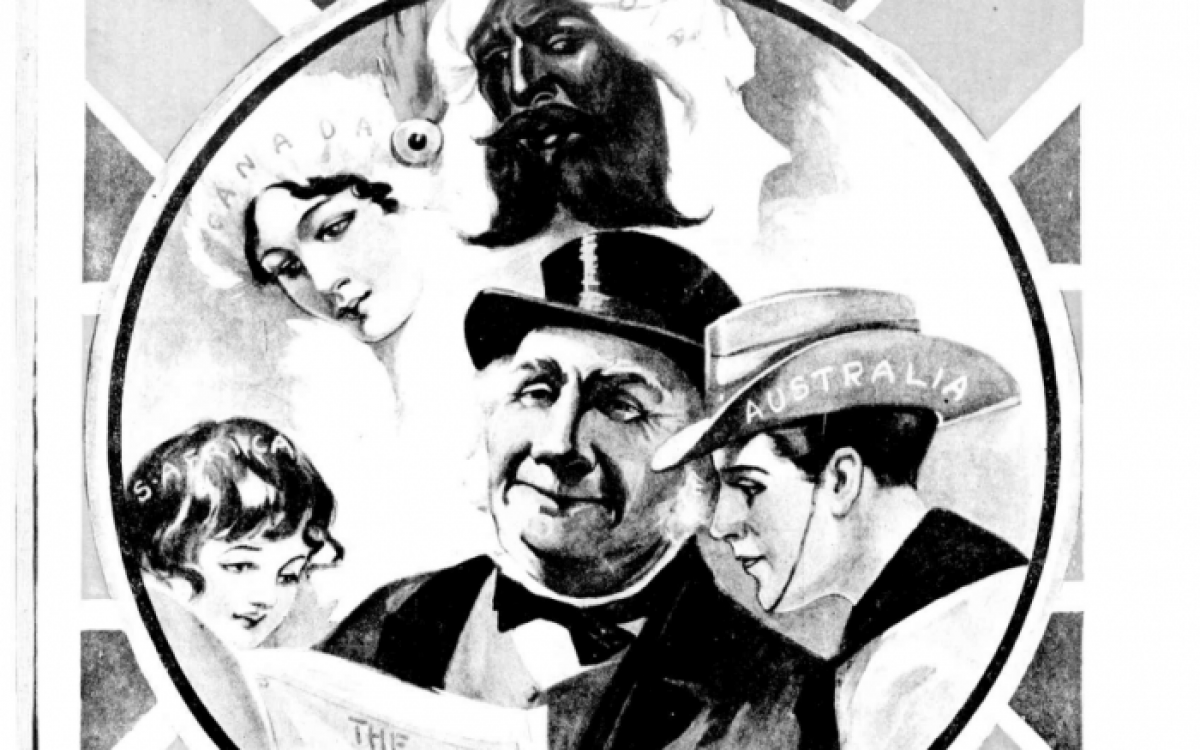 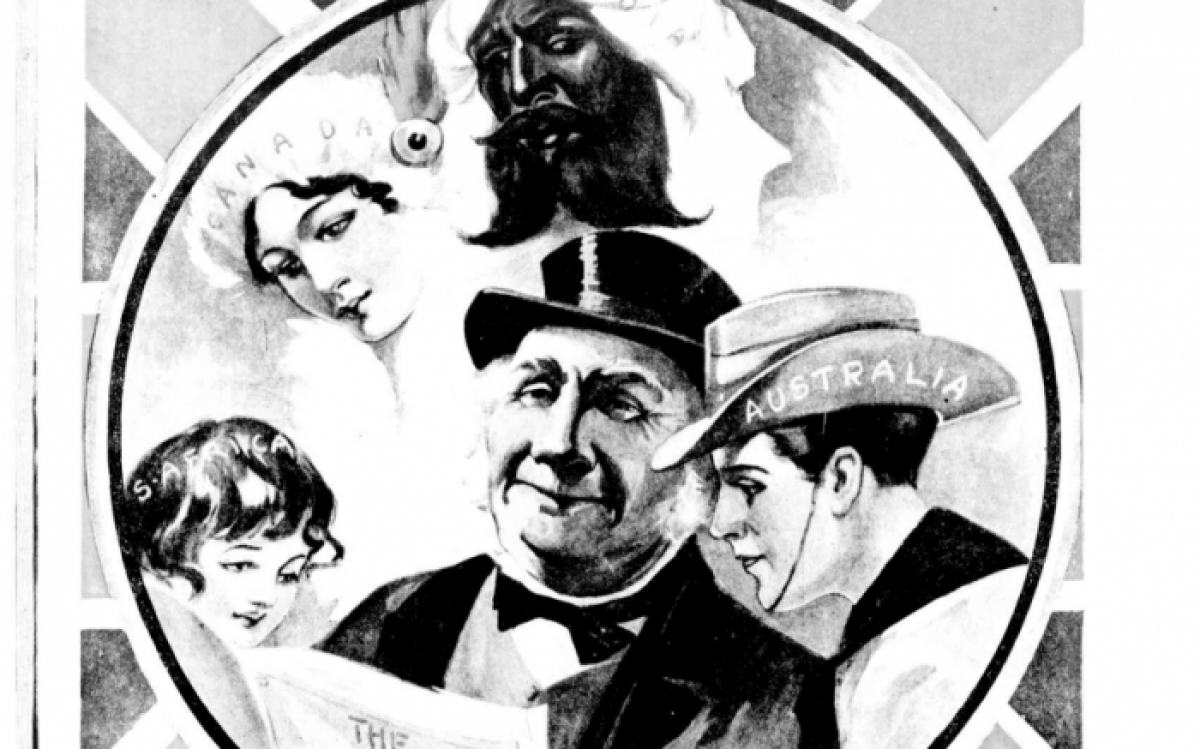 The outbreak of war saw the establishment of the Australian Imperial Force (AIF). Thousands of young men rushed to enlist, expecting to be sent straight to the Western Front. Instead, they found themselves heading to Egypt. The Australian and New Zealand Army Corps (ANZAC) began disembarking at Alexandria in early December, adding to the British and Indian troops there, with the aim of looking after British interests and defending the strategically critical Suez Canal. Under the shadow of the great pyramids and the hot desert sun, the Australian troops endured over four months of training. 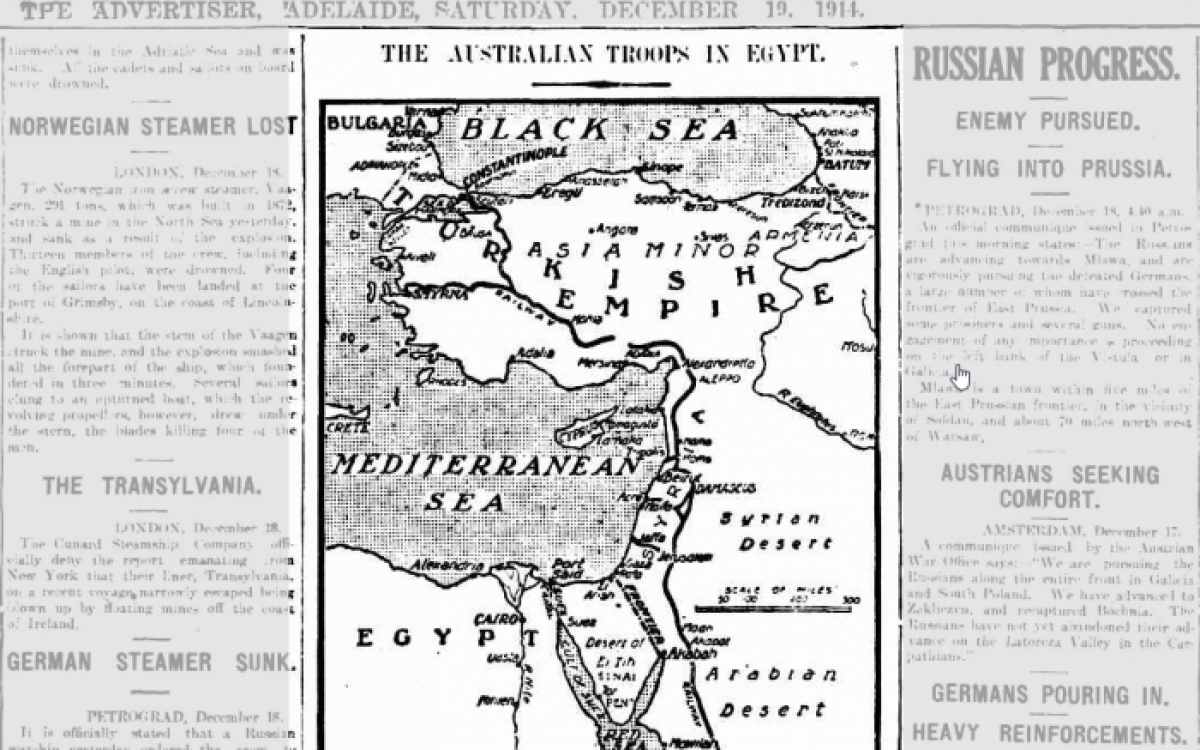 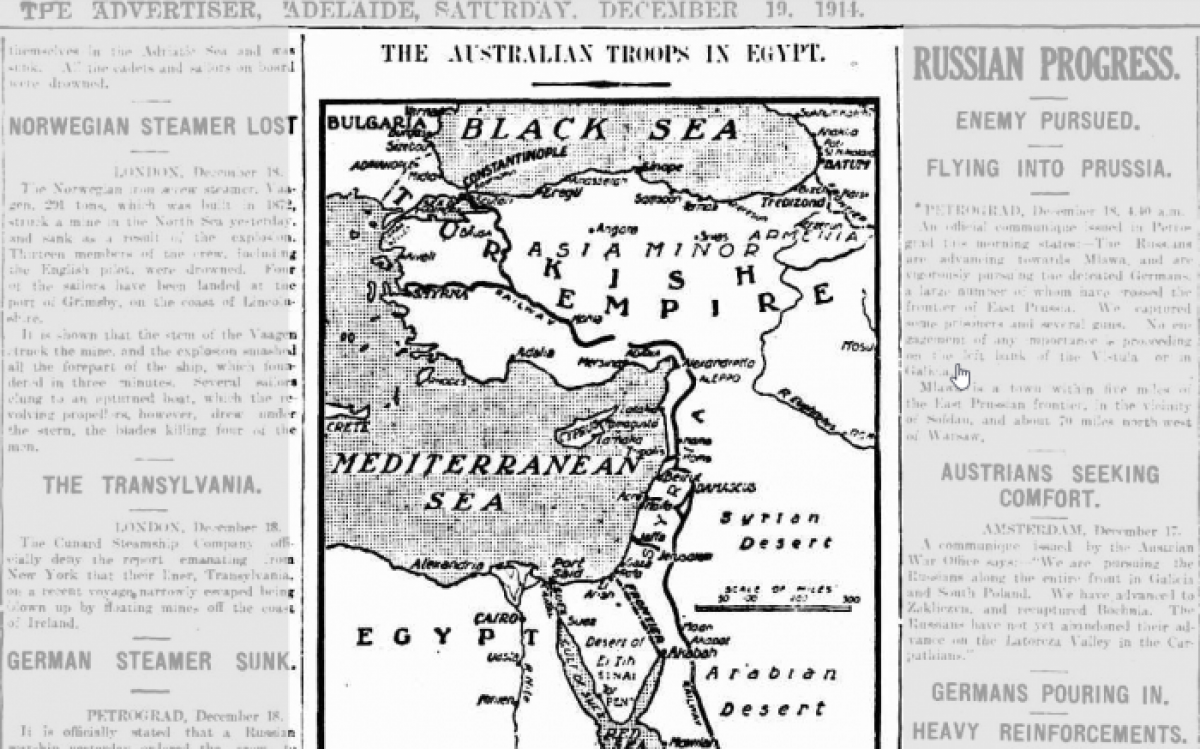 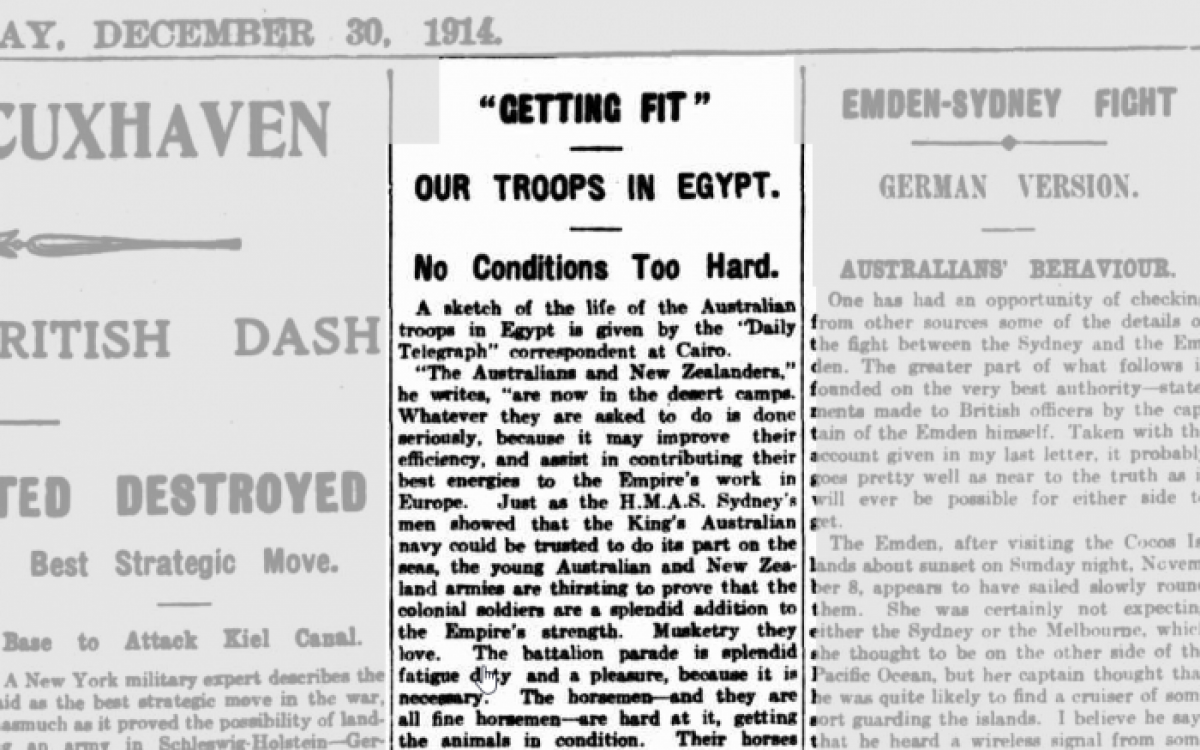 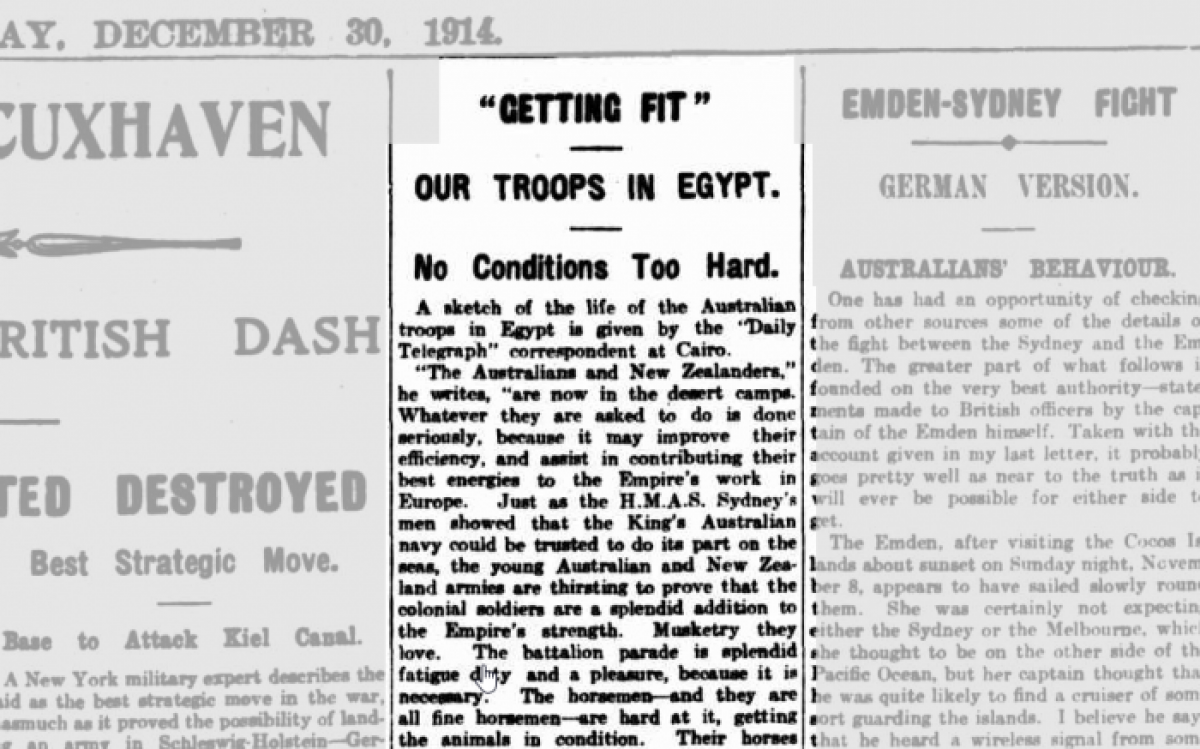