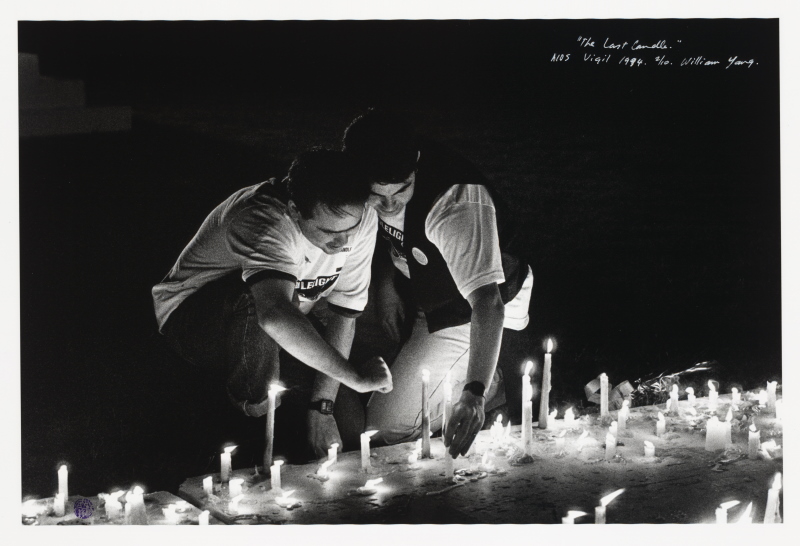 The first case of AIDS was reported in Sydney in October 1982 by Dr Ronald Penny. In July 1983, the first recorded Australian death from AIDS-related causes occurred in Melbourne. In these early years, HIV and AIDS were sensationalised and many of those who were HIV positive or living with AIDS were heavily stigmatised. Yet members of affected communities, including LGBTIQ people, sex worker communities and organisations, and injecting drug users, developed an organised response to the epidemic.

The National Library of Australia was the first national cultural institution in the world to document the impact of the HIV and AIDS epidemic in this way. Through the courage of those who spoke out, including HIV positive men and women, volunteers, and a mother of haemophiliac sons, marginalised people were given a voice. 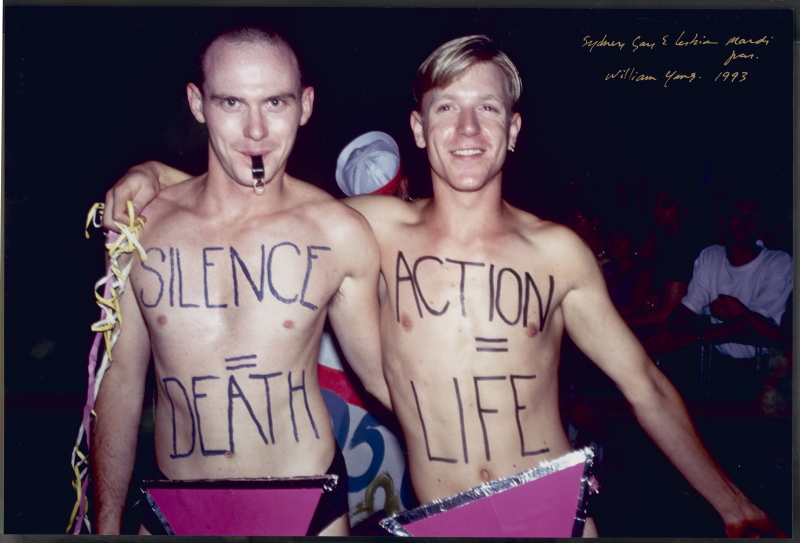 The main thing is to not live as if you’ve got a death sentence. To live as though...each year the prognosis of...increases. Like, when I was first told they were talking about 2 or 3 years. The last thing I heard was up to 20 years. So who knows what’s going to happen in 20 years? So even if a cure is not found, there’s always hope. And if you give up having hope, you might as well put a gun to your head. If you’re diagnosed, you should always think that like in Gone with the Wind, tomorrow’s another day.

The National Library of Australia’s oral history project on the Australian response to AIDS was undertaken at a time of great trauma. The annual number of AIDS diagnoses peaked in Australia in 1994 (with 952 diagnoses) and it was not until 1996 that antiretroviral treatments transformed the experience of living with HIV and AIDS from a terminal condition to one that could mostly be managed as a chronic condition.

By undertaking this project in the midst of a devastating epidemic collaboratively with AFAO, the National Library was able to ensure that the incredibly difficult experiences of the epidemic have been preserved for future generations and that a silence was broken. This project took place in a distinctive Australian context and was partially made possible as a result of the Australian Government’s proactive and positive response to the epidemic.

The value of the project at the time was deeply felt by interviewees. Leslie Taylor, a HIV positive man interviewed by James Waites in November of 1992, reflected:

And I think it’s very important that this interview is taking place today, and that other similar interviews take place, because it’s going to be history in the future. And hopefully that history will not be necessary, in the fact that they’ll find a cure or something very soon, tomorrow or today, now or the next hour. But we just have to deal with the here and now, step by step.

HIV and AIDS continue to impact many within Australia and internationally. The United Nations notes that since the start of the epidemic through to 2019, 75.7 million people have become HIV positive. Thirty-eight million people globally were living with HIV in 2019. While the goal of eliminating HIV and AIDS remains, it is critically important to remember the perspectives and voices and those who were most affected by the epidemic. The Australian response to AIDS oral history project provides a compelling and moving account of how the epidemic was experienced in Australia at its peak.

Some of these oral history interviews are available to listen online, such as Leslie Taylor's interview by James Waites.

To access other oral history interviews from the National Library of Australia's 'Australian response to AIDS oral history project', you can search our Catalogue. If you need a Library Card to access those non-digitsed oral histories, you can get one here.

World AIDS Day is held on 1 December each year. It raises awareness across the world and in the community about HIV and AIDS. It is a day for the community to show their support for people living with HIV and to commemorate people who have died of AIDS related conditions or other conditions associated with HIV.

The national World AIDS Day theme for Australia in 2020 is Now More Than Ever.