I wrote a Canberra Day post last year, which came out of my dismay at no longer enjoying the Sandgroper public holiday for my birthday now that I live in Canberra.

This year, we are celebrating Canberra Day on 8 March, which I realised is International Women’s Day – Votes for Women! – thus an excellent opportunity to reflect on the lives of two of the many women involved in the creation of our federal capital: Lady Gertrude Mary Denman and Marion Mahony Griffin.

I introduced you last year to the wonderful Lady Gertrude Mary Denman, the wife of Governor-General Lord Thomas Denman (1911-1914), who on 12 March 1913 – ‘Naming Day’, now known as Canberra Day – stood atop the newly completed base for a Federation column that was never realised and gave our new federal capital a name: ‘I name the capital of Australia, Canberra’. 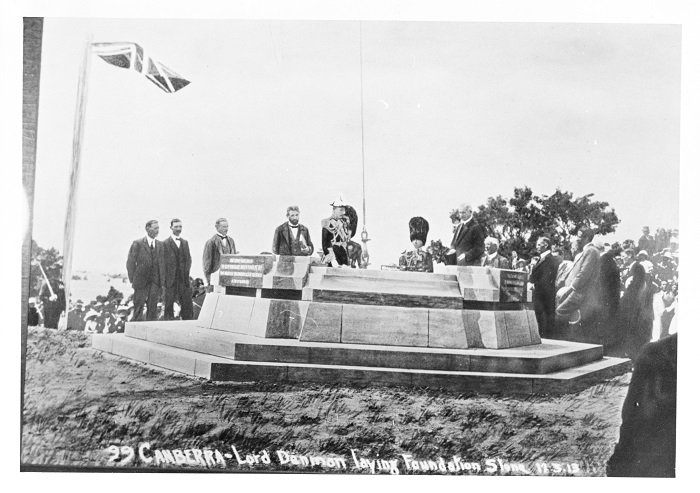 It was inevitable that Lady Denman would become involved in the suffrage movement, given that her father, Weetman Pearson, ‘was a staunch Liberal’, as Denman's biographer Gervas Huxley wrote, who advocated for free trade, old-age pensions, sickness insurance and home rule for Ireland. Pearson also supported the campaign for women’s suffrage. So too did his wife Annie (née Cass), Lady Cowdray, a ‘stalwart feminist’, who was an active member of the Women’s Liberal Federation (WLF) and served on its executive committee for many years. Lady Cowdray was also one of the founders of London’s Royal College of Nursing and established the Cowdray Club, a social club for nurses and professional women. 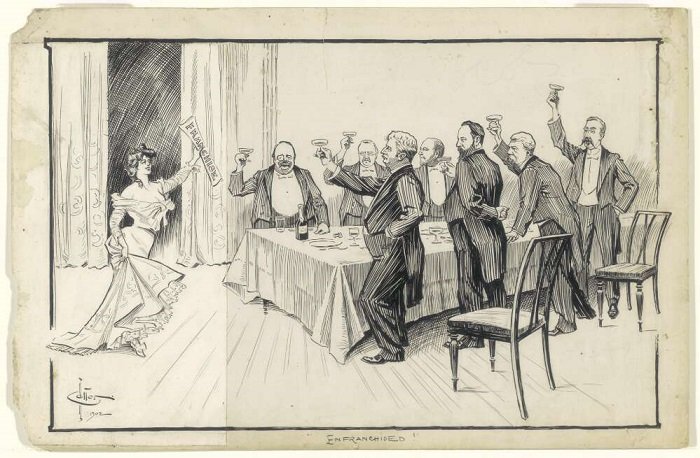 In May 1908, Lady Denman’s mother assisted her daughter’s appointment to the executive of the WLF, which at that time had over 100,000 members, men and women. Unlike the suffragettes of the Women’s Social and Political Union (established by the Pankhursts), the suffragists of the WLF were ‘strongly opposed to [the tactics] of the militants’ and sought the vote via means of political campaigning, conferences and speaking engagements. Indeed, with favour for women’s enfranchisement looking good in the lead up to the 1909 general election, the WLF branched off to enable targeted campaigning, with Lady Denman appointed chair of the Women’s Liberal Metropolitan Union in London. As chair, she organised, in a ‘highly satisfactory’ manner, several conferences and meetings, and the following year, with the United Kingdom heading to another election, Lady Denman overcame her fear of public speaking and ‘spoke at 24 meetings’ on the matter of women’s suffrage, as well as on behalf of her brother Harold, who was returned with an increased majority. 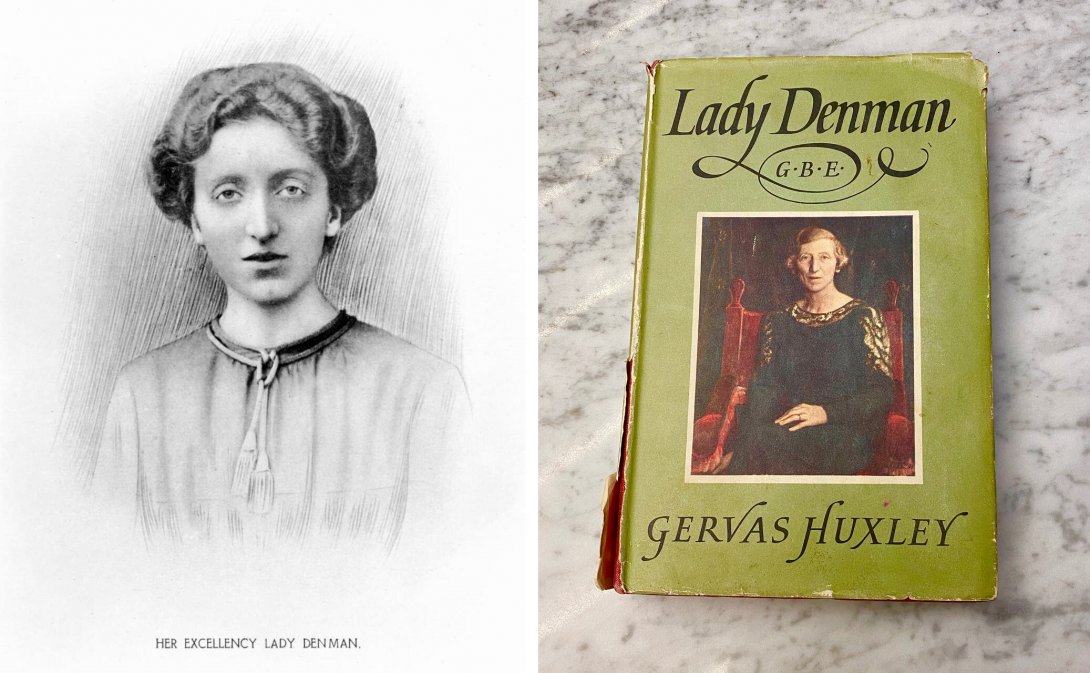 Lady Denman’s dedication to the suffrage cause never diminished, but by December 1911, her husband had been appointed Australia's next governor-general and, as she wrote in a letter to her brother as she prepared for the move Down Under, ‘I intend giving my whole mind to collecting my clothes and developing a “presence” by means of breathing exercises’.

So, she was literally preparing for Australia by keeping calm and taking deep breaths!

The other woman I would like to introduce you to, or remind you of, is the co-designer of Canberra, Marion Mahony Griffin. 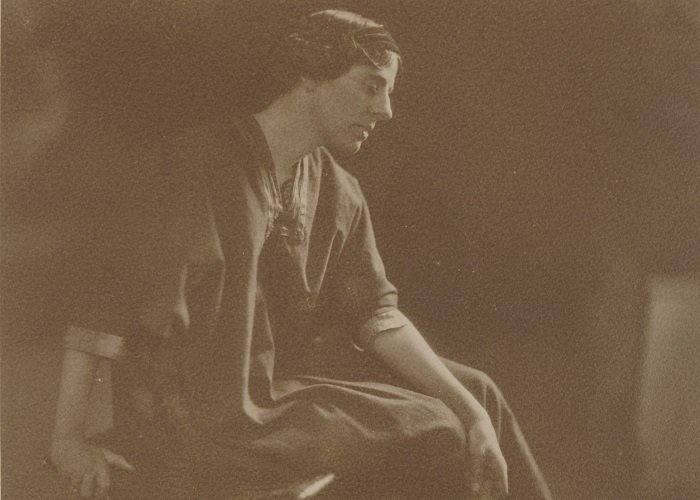 In 1911, our new federal Home Affairs ministry launched an international design competition to get the best design for the new capital city, which was legislated to be in the Canberra–Yass region.

Design 29, by Walter Burley Griffin, was announced as the winner on 23 May 1912. However, as we learned pretty soon afterwards, ‘The Griffin Plan’ was in fact a co-effort, with Walter stating in a 1913 interview for The West Australian newspaper: ‘My wife is the genius, I am only the businessman … She is the planner and designer of all [our] works’.

You can probably imagine one of the reasons why Walter and Marion decided to leave her name off the entry form, despite the fact that Marion was, at that time, the more famous of the two. Nevertheless, the first-prize-clinching View from the Summit of Mount Ainslie was painted by Marion.

Marion Mahony Griffin was born in 1871. She became only the second female architecture graduate at the Massachusetts Institute of Technology (MIT) and in 1898 was the first woman in Illinois registered to practise as an architect. Her career was encouraged by both her parents who believed in the vote and education for women. Marion’s career led her to the offices of Frank Lloyd Wright, where she worked for 14 years, receiving little recognition for her achievements, despite her work occasionally being ‘superior to the master’s’.

Marion met Walter when he joined Wright’s practice. They were married in June 1911 and spent their honeymoon working on their entry for Australia’s design competition. I always identify with Walter, who was more about the internal thinking and procrastination process and less about the external productivity; his focus is probably why he and Marion were, what I call, the perfect 'dynamic duo of design'. Apocryphal though it may be, Griffin scholar Christopher Vernon writes that Marion at one stage exclaimed to Walter, who had yet to get their ideas on paper, ‘For the love of Mike, when are you going to get started on those capital plans?’ (Having heard similar from my thesis supervisor and others over the years, I believe it.) Walter acknowledged that without Marion’s encouragement, their entry would not have made it to Australia on time.

It took a few decades for Marion to receive the proper recognition for her contributions to ‘The Griffin Plan’, or ‘The Griffins’ Plan’, as it should rightly be, and for the way that her illustrative style for architectural and design became the standard for many years (search the Library catalogue to see for yourself).

However, in 1998, the Australian Institute of Architects established the Marion Mahony Griffin Prize to acknowledge ‘the significant contribution of women to the profession [of architecture]’. In 2013, the year of Canberra’s centenary, the viewing platform atop Mount Ainslie was named Marion Mahony Griffin View, locally referred to as Marion’s Lookout, in her honour. And while Walter was suffering through his years as the ACT’s Director of Federal Capital Construction and Design, Marion focused on their other commissions, including Castlecrag, where annual Walter and Marion tribute events are still held, continuing the tradition started by Marion in the 1920s. And if you pop along to the National Capital Exhibition to learn about the creation of Canberra, Marion and Walter share equal billing. Indeed, this last 14 February would have been Marion’s 150th birthday, and a series of events was held in Canberra marking the occasion.

So this year, as we mark Canberra Day on International Women’s Day, you can send your thanks to the awesome lady who announced our new capital’s name 108 years ago and the woman who co-designed this rather lovely Bush Capital. Happy Canberra Day 2021!