During the Enlightenment, social and scientific thinking began to change. Enlightenment thinkers pushed for social change through the separation of church and state and the establishment of constitutional government. They also challenged religious or superstitious dogma by promoting rationalism as the only source of legitimacy. In the field of science, they emphasised the scientific method and reductionism: breaking complex occurrences or entities into their simplest components.

The study of the natural world flourished during this time. Scientists approached the study of animals, places and people in a logical and rational manner, leaving behind the religious and esoteric theories of previous centuries.

Born in Sweden in 1709, Carl Linnaeus had always loved plants. His father introduced him to botany from an early age and taught him that every plant had a name. At the time, plant names were in Latin. Although we still use Latin names for plants today, at that time many were very long and descriptive. For example, the plant we know today as Plantago media (hoary plantain) was previous called Plantago foliis ovato-lanceolatus pubescentibus, spica cylindrica, scapo terete (‘Plantain with pubescent ovate-lanceolate leaves, a cylindric spike and a terete scape’).

Linnaeus continued to study plants, as well as animals and minerals. While studying medicine and travelling in Sweden, he wrote papers outlining his theories on a simpler style of plant classification. Linnaeus favoured using a formalised classification system set out in ranks, and a binomial nomenclature (a two-term name system). This system was typical of Enlightenment thinking. It was rational and logical, and ordered all things into defined groups.

All natural things (plants, animals and minerals) can be described using the classification system developed by Linneaus.

Phylum—Members of a phylum share a common ancestor and are similar anatomically: Chordata (with a spinal cord), Arthropoda (jointed foot), Coniferophyta (plant that reproduces with cones e.g. pine) 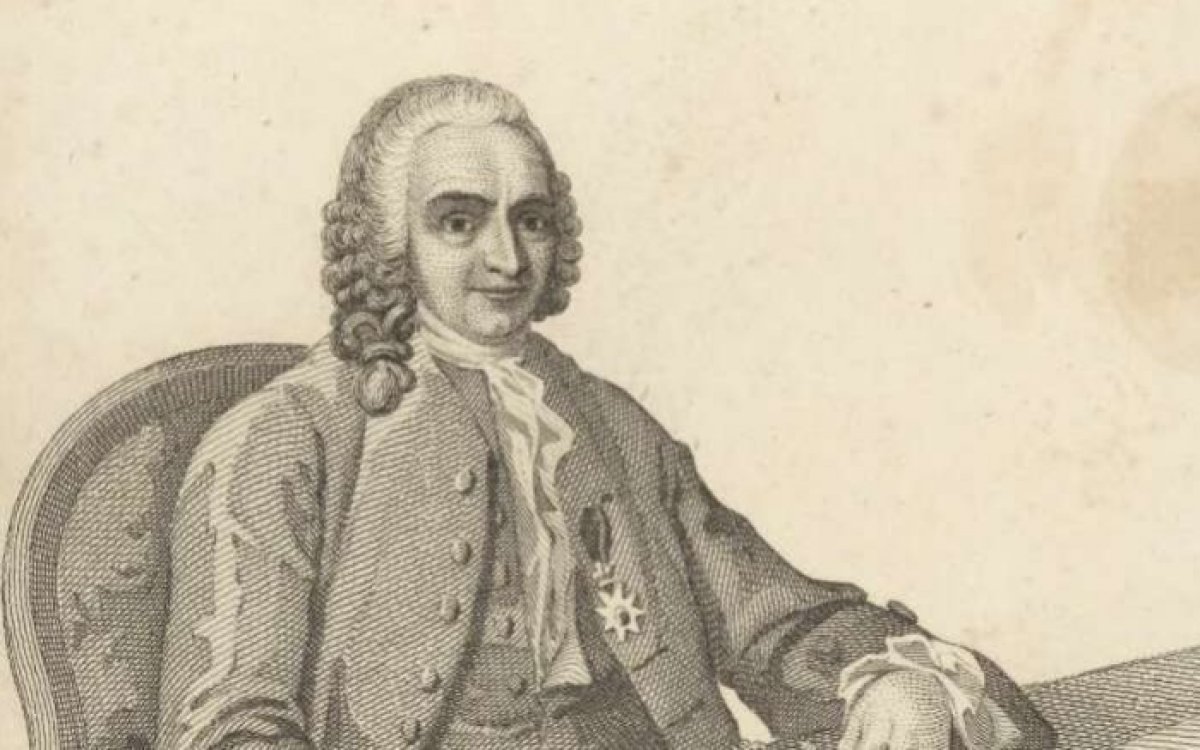 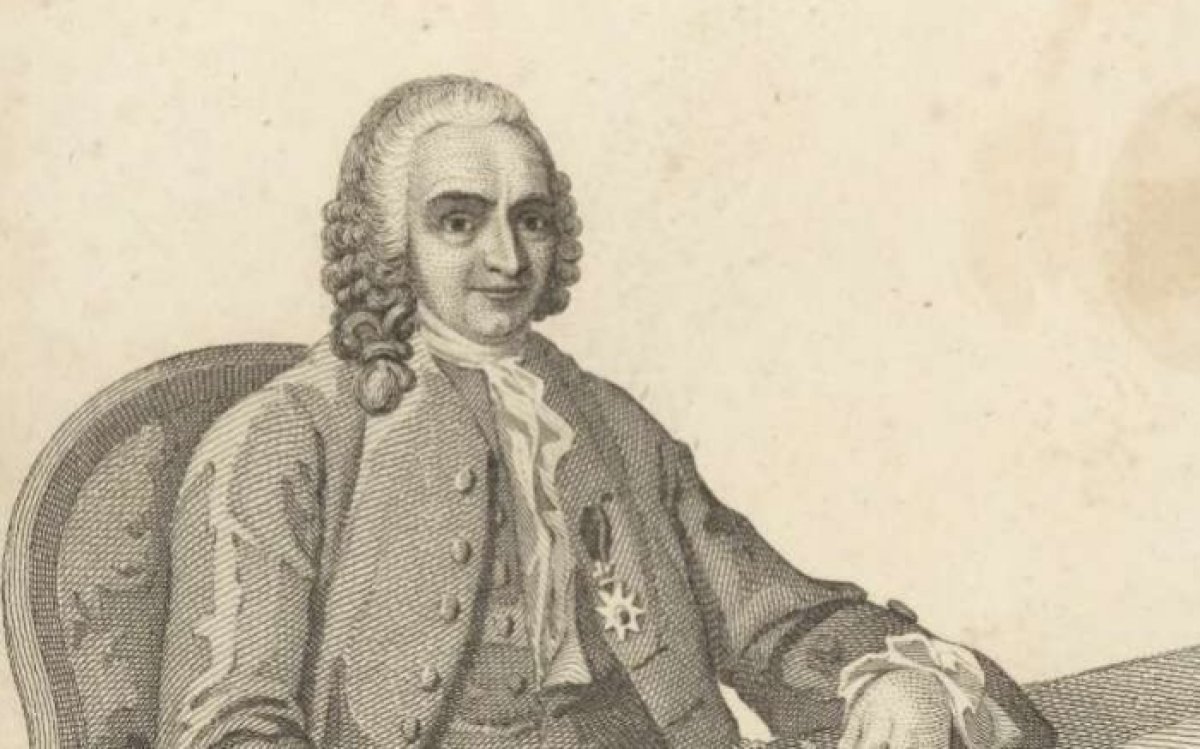 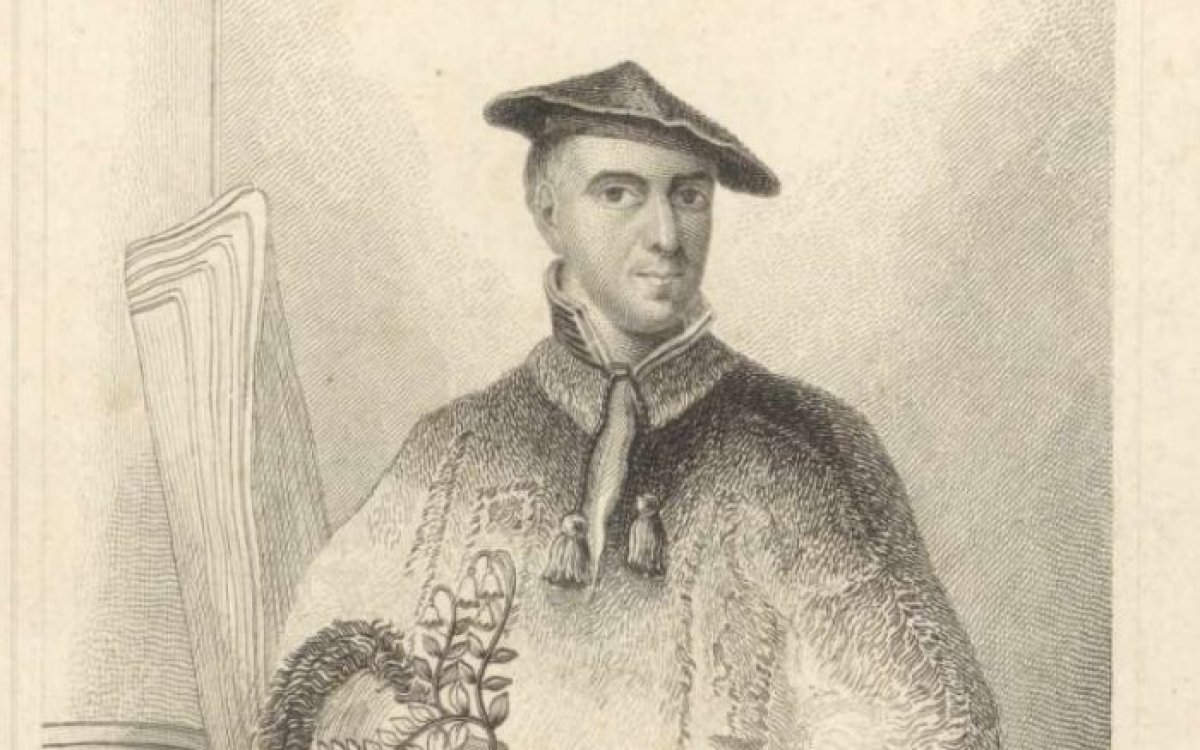 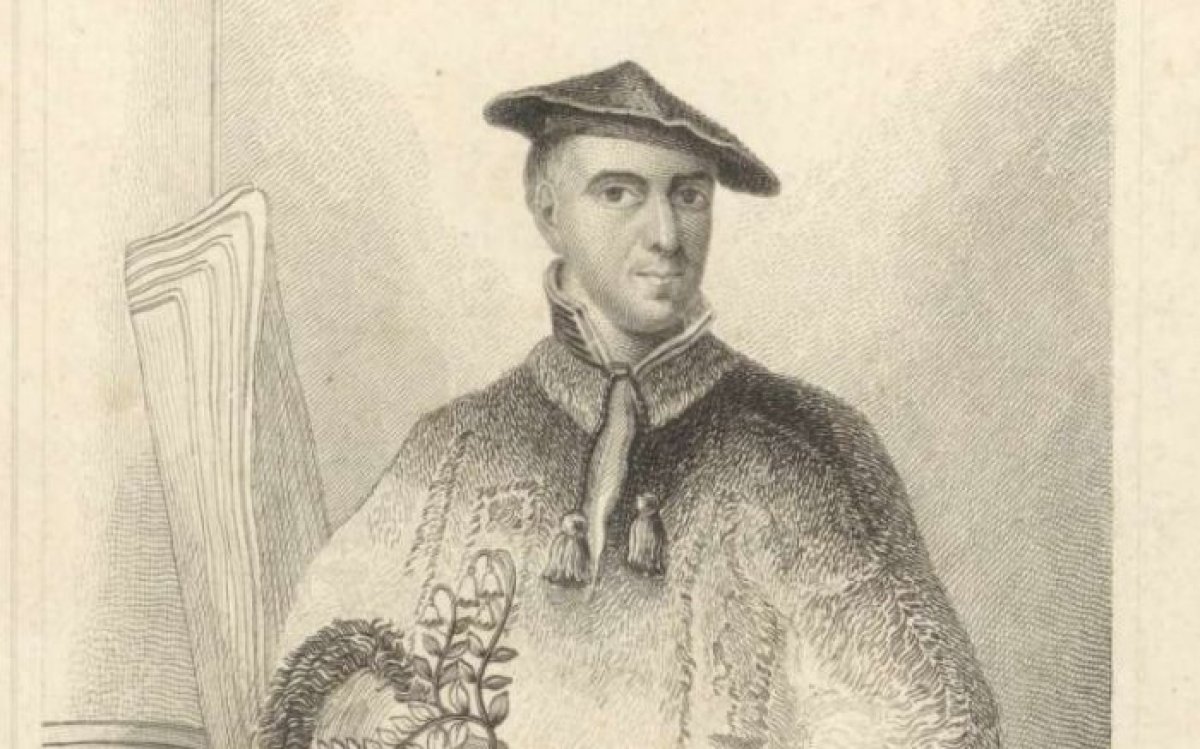 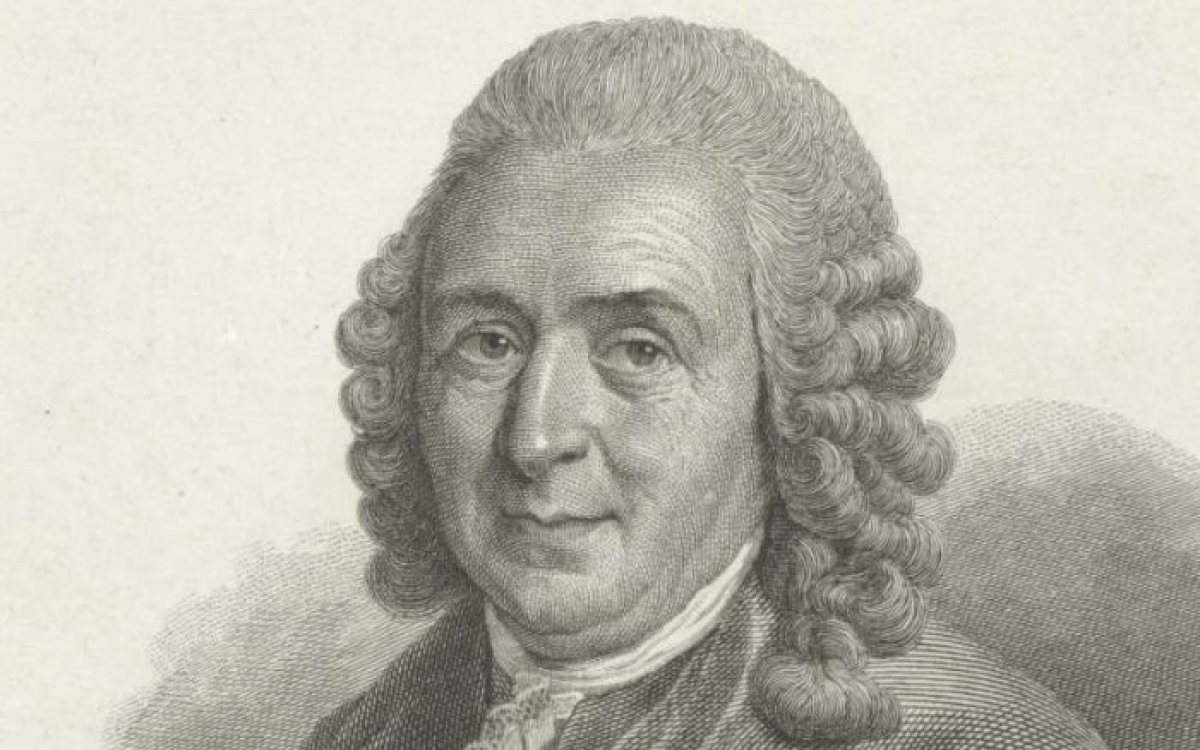 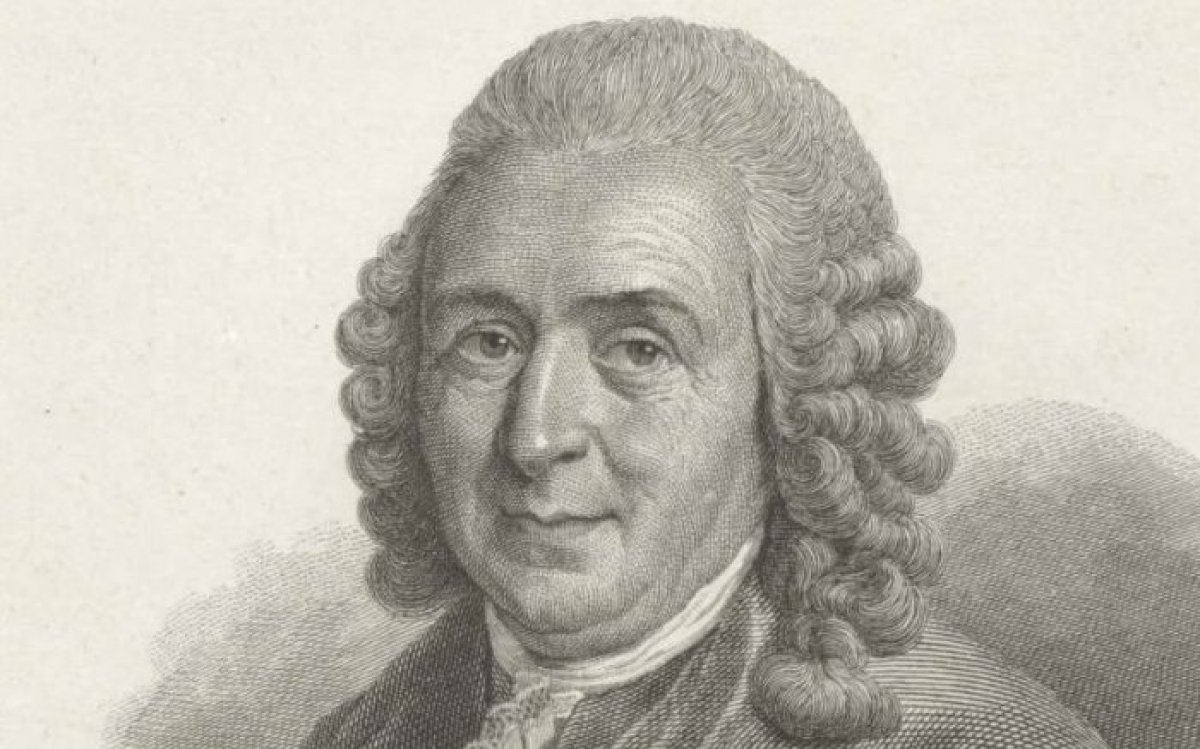 Every plant or animal, once grouped into these categories, received a name in two parts. The first was the genus or group to which it belonged. The second was the particular species within the group.

Homo is the genus; sapiens is the species

Canis is the genus; lupus is the species

Panthera is the genus; tigris is the species.

Many species share the same genus, but there are many different species within one genus.

For example, the Panthera genus includes:

Every plant or animal, once grouped into these categories, received a name in two parts. The first was the genus or group to which it belonged. The second was the particular species within the group.

Homo is the genus; sapiens is the species

Canis is the genus; lupus is the species

Panthera is the genus; tigris is the species.

Many species share the same genus, but there are many different species within one genus.

For example, the Panthera genus includes:

Linnaeus was hugely influential in the natural sciences. He has been called the ‘father of modern taxonomy’ and ‘the prince of botany’ and is considered to be one of the founders of modern ecology. Linnaeus’ legacy lives on through the Linnaean Society, founded in 1788, 10 years after his death. The Society is dedicated to the study of natural history, evolution and taxonomy. It awards a range of prestigious prizes for outstanding achievements in these fields. A product of the 18th century scientific Enlightenment, the Society was the location for the first public presentation of the Theory of Evolution. Many influential and famous people have been listed among its fellows. These include Charles Darwin, Joseph Banks, Daniel Solander, Sir David Attenborough, Emperor Akihito of Japan and King Carl XVI Gustav of Sweden.

Daniel Solander was born in Sweden in 1733. He was a student of the University of Uppsala where he studied languages and humanities. It was here that Solander met Carl Linnaeus. Solander’s aptitude impressed Linnaeus. He wrote to Solander’s father and convinced him that his son should study natural history. After working for Linnaeus in Sweden, Solander went to England where he met and mixed with the leading naturalists of the day. While in England, he promoted Linnaeus’ ideas and classification system. Solander worked for the British Museum, cataloguing their collections. For his work in the field of science, he was elected a Fellow of the Royal Society in 1764.

Through his work and social activities, Solander met Joseph Banks, a naturalist and patron of science. In 1768, Banks invited Solander to join the scientific research team on board HMB Endeavour. Solander took leave from the British Museum to join the expedition. For the period of the voyage he received a salary of £400 a year (around £63,000 or A$111,00 in today’s money). Solander helped Banks document flora and fauna, some of which were previously unknown to Europeans. He was one of the botanists who inspired the name ‘Botanists Bay’ (which later became Botany Bay) because of the many plant samples he collected there. During the Endeavour’s voyage, Solander collected specimens from at least 8 countries. He became the first university-educated person to set foot in Australia, as well as the first Swedish person to circumnavigate the globe. 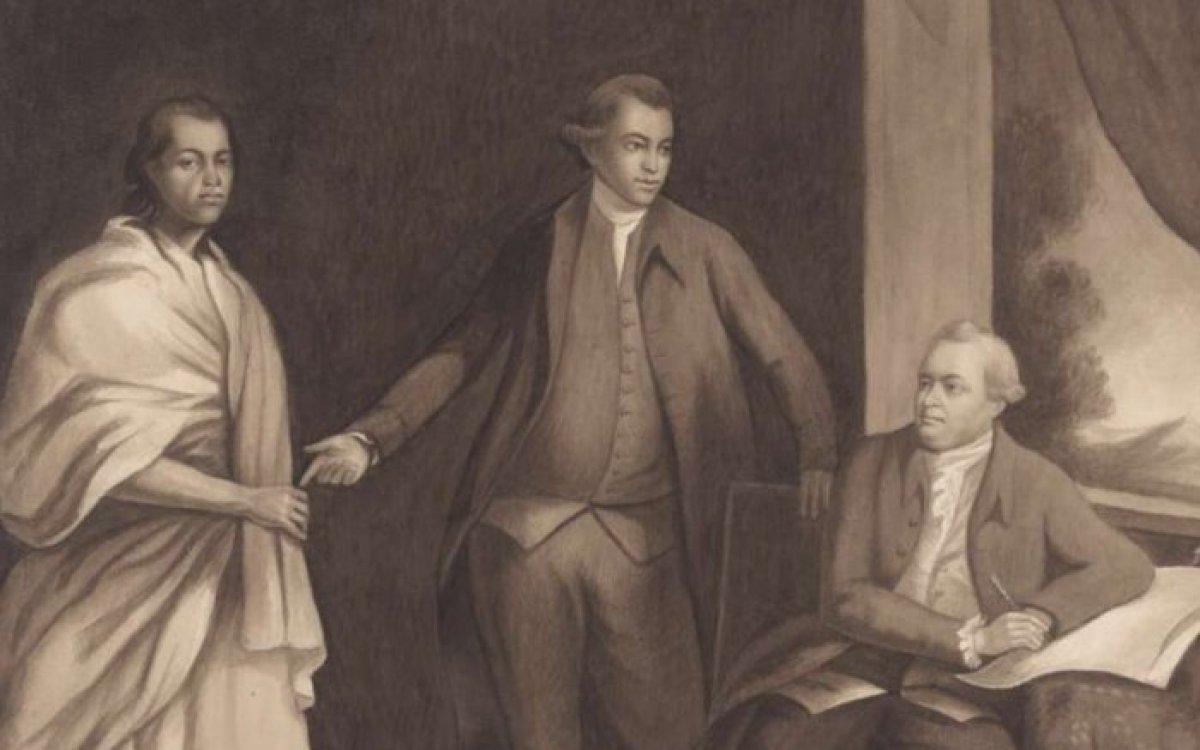 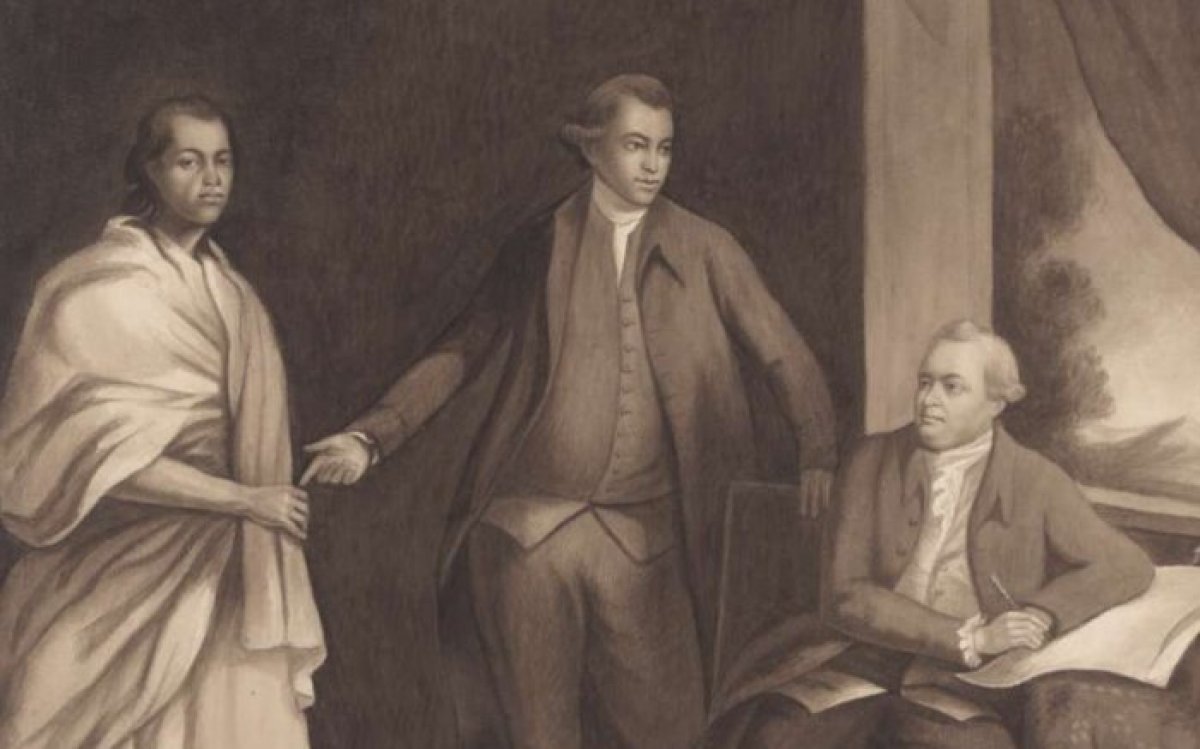 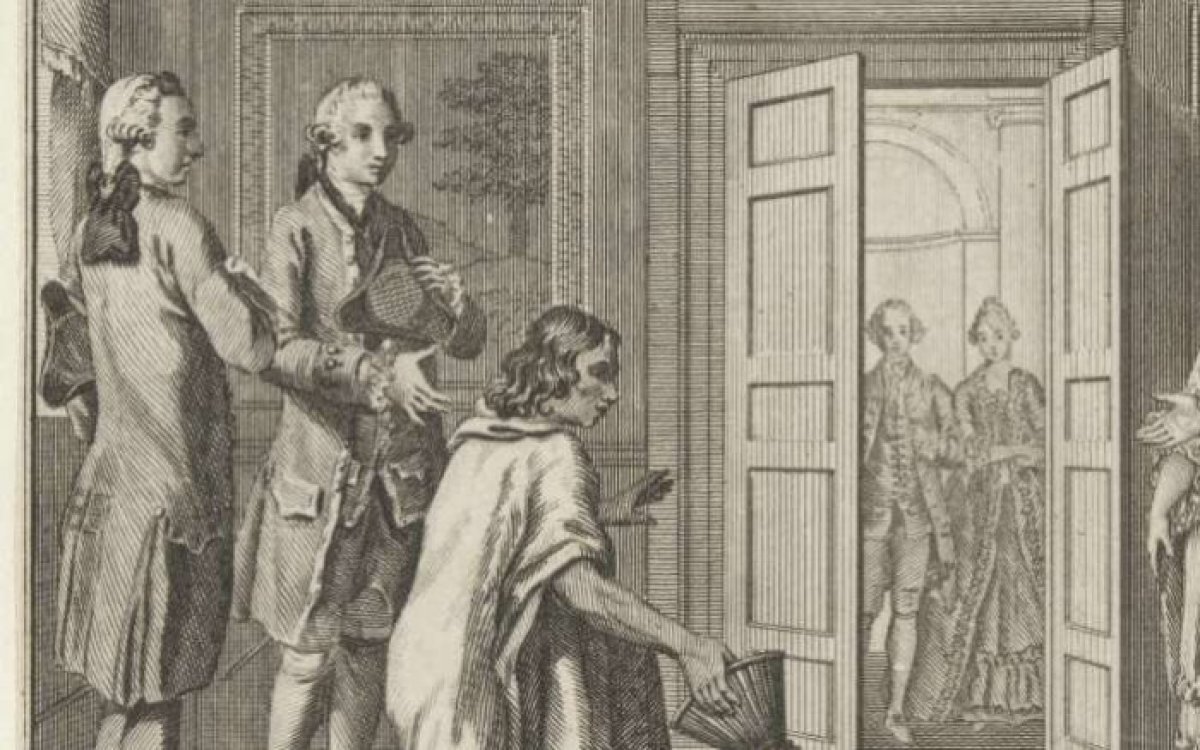 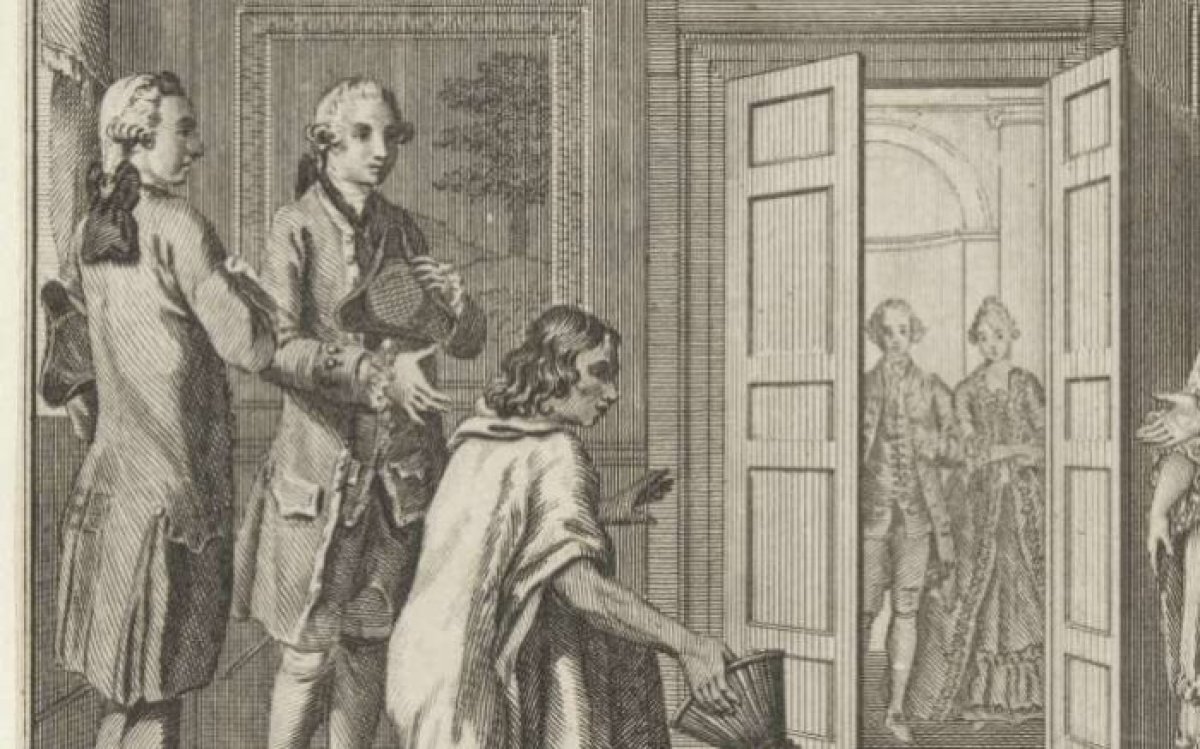 Solander applied Linnaeus’ classification system when documenting the specimens collected on his voyage with Cook. Not long after their return to England, Banks and Solander began planning more exploratory ventures to collect new species. Linnaeus was apprehensive; he believed they should finish cataloguing the specimens from the first voyage before bringing more home. In total, Solander and Banks collected 30,300 plant samples, including 1,400 species previously unknown to Western scientists.

Solander died at the age of 49 in 1782. Although he was an eminent botanist and scientist, he published few works. He kept no diaries during his voyages and none of the papers he wrote about the voyages were published in his lifetime. However, Solander did contribute to Joseph Banks’ Florilegium, a book of over 743 botanical engravings made from watercolours by Endeavour artist Sidney Parkinson, collecting and classifying many of the specimens.

Joseph Banks was an influential figure during the British Enlightenment. He is renowned for his work in the fields of botany and biological science, as well as for his patronage of other scientific endeavours.

Born in London in 1743 to a wealthy landowning family, Banks was educated at the top schools of the day. He grew up in the Lincolnshire countryside and took an interest in nature and botany. Around 1760, he enrolled at the University of Oxford, studying natural history, which was unusual at the time. As a wealthy student, he was able to pay a renowned botanist from Cambridge to deliver lectures at Oxford University to ensure he received the best botanical instruction. Despite his interest in his studies, Banks left Oxford without gaining a degree in 1764.

Maintaining his interest in science and botany, Banks often visited the Chelsea Physic Garden and the British Museum in London. Banks met Daniel Solander at the British Museum and, through Solander, began writing to Carl Linnaeus.

Despite his youth, the wealthy and well-connected Banks came to hold great influence in scientific and social circles. He even became an adviser to King George III, urging him to support voyages of discovery to explore and learn about new lands. 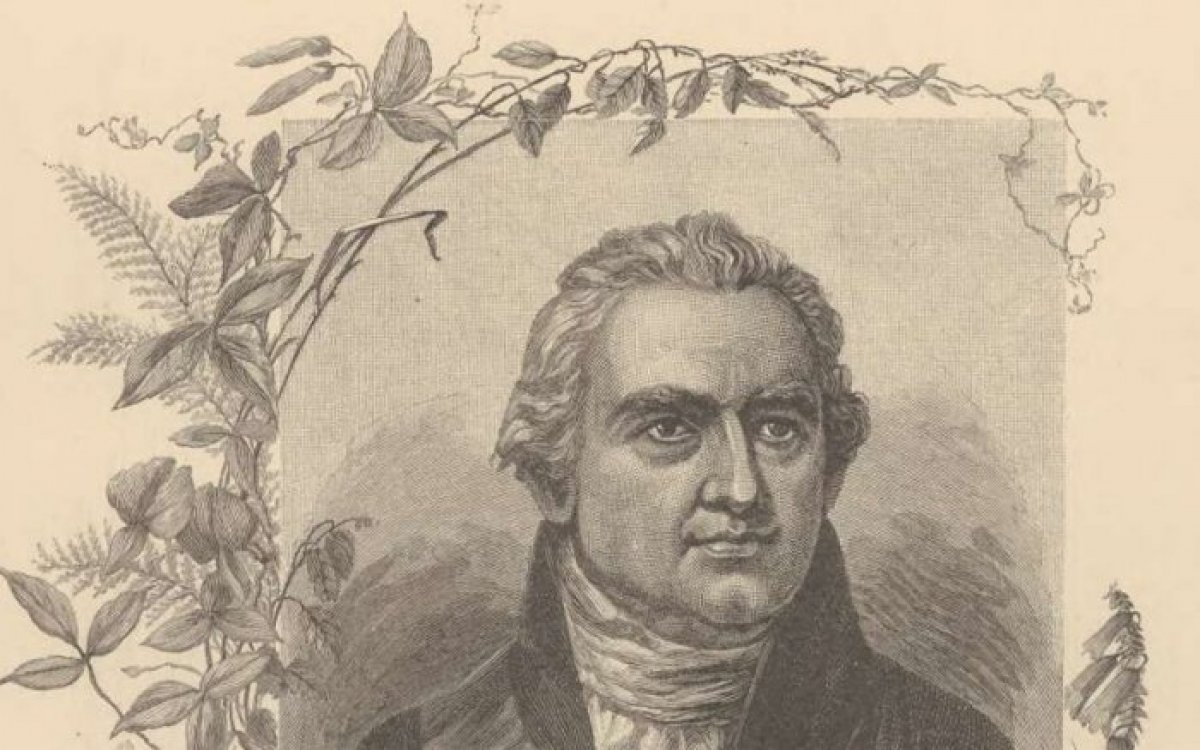 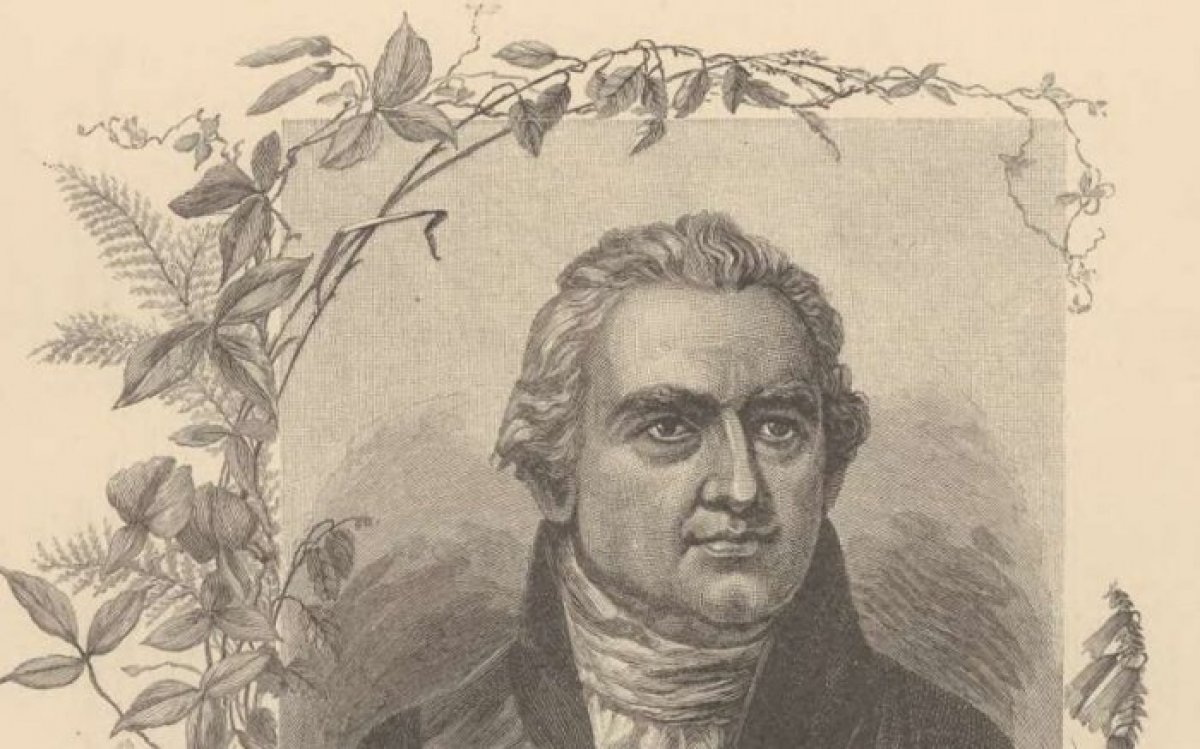 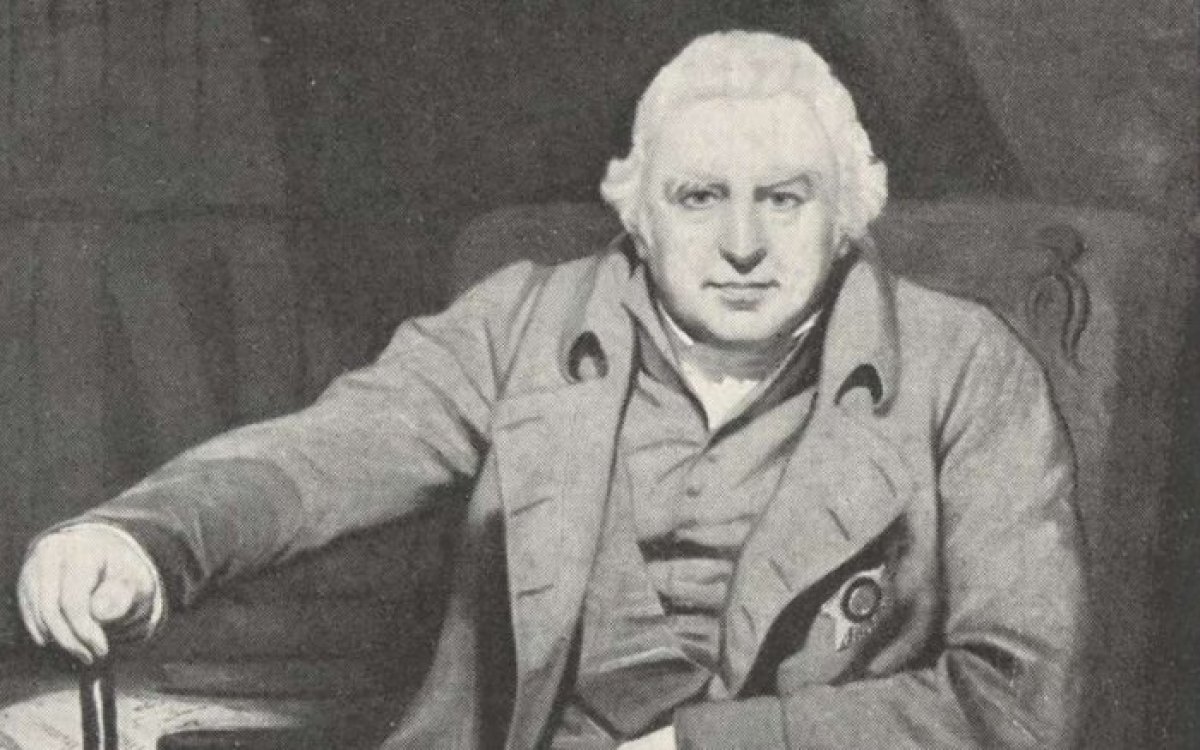 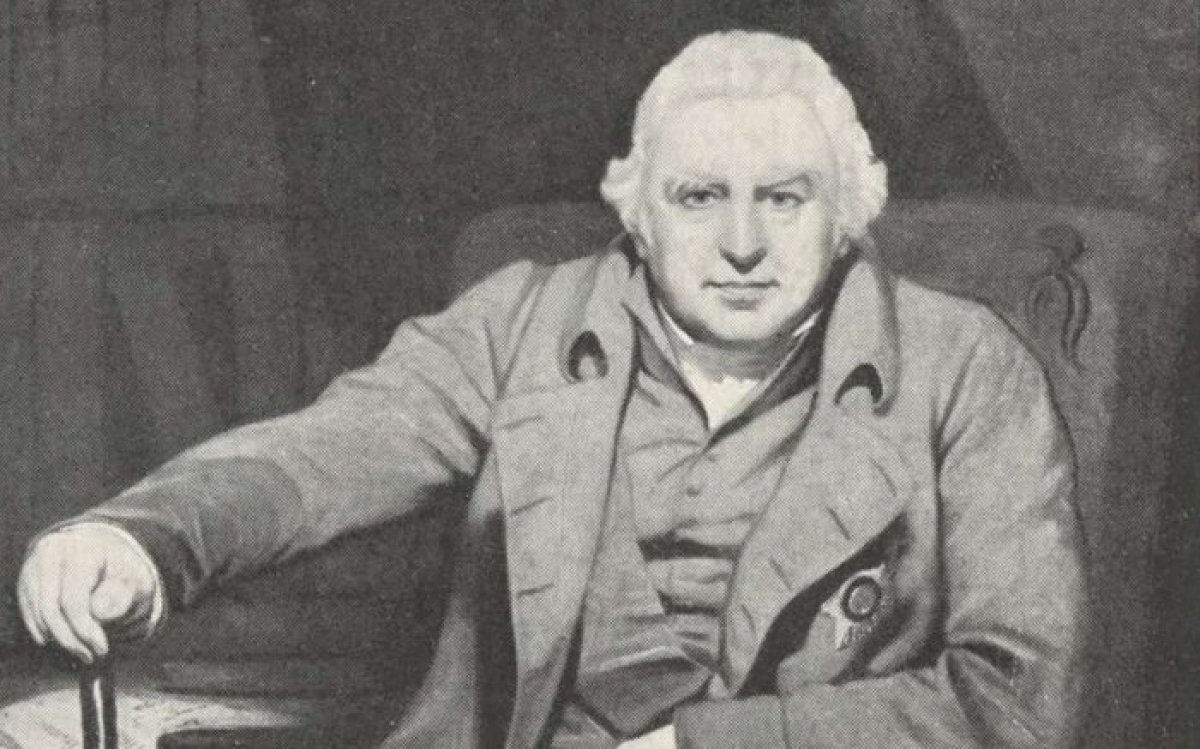 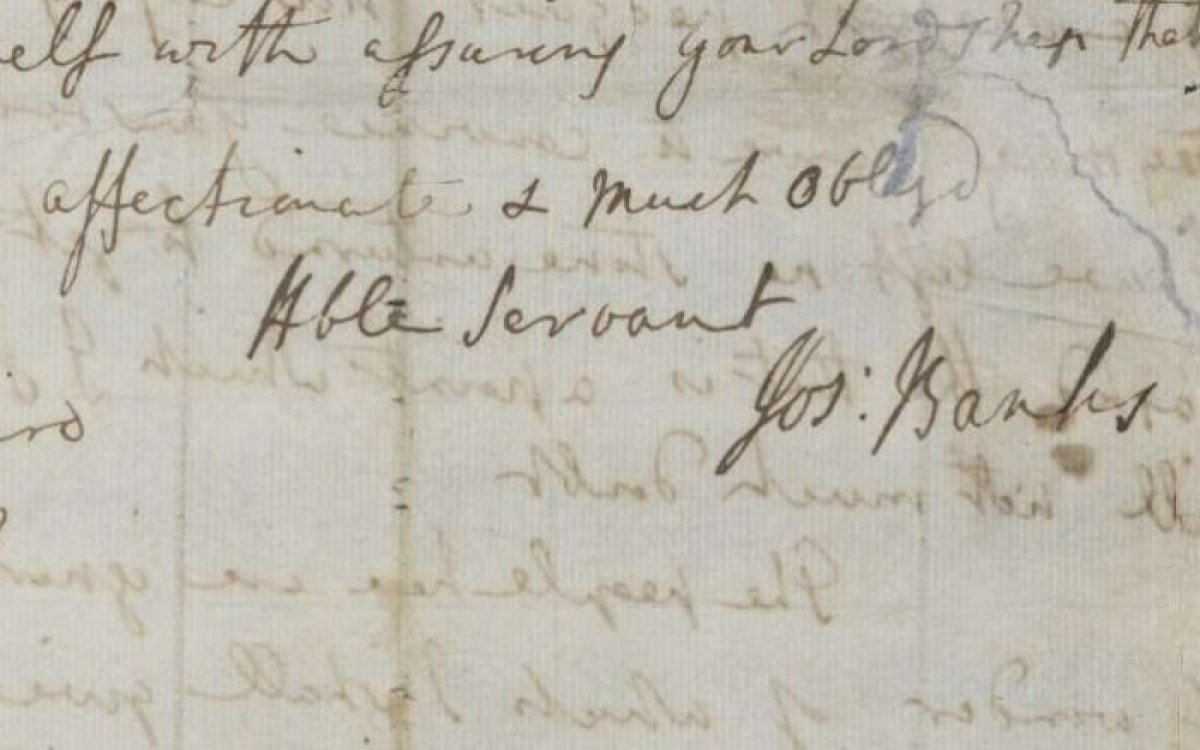 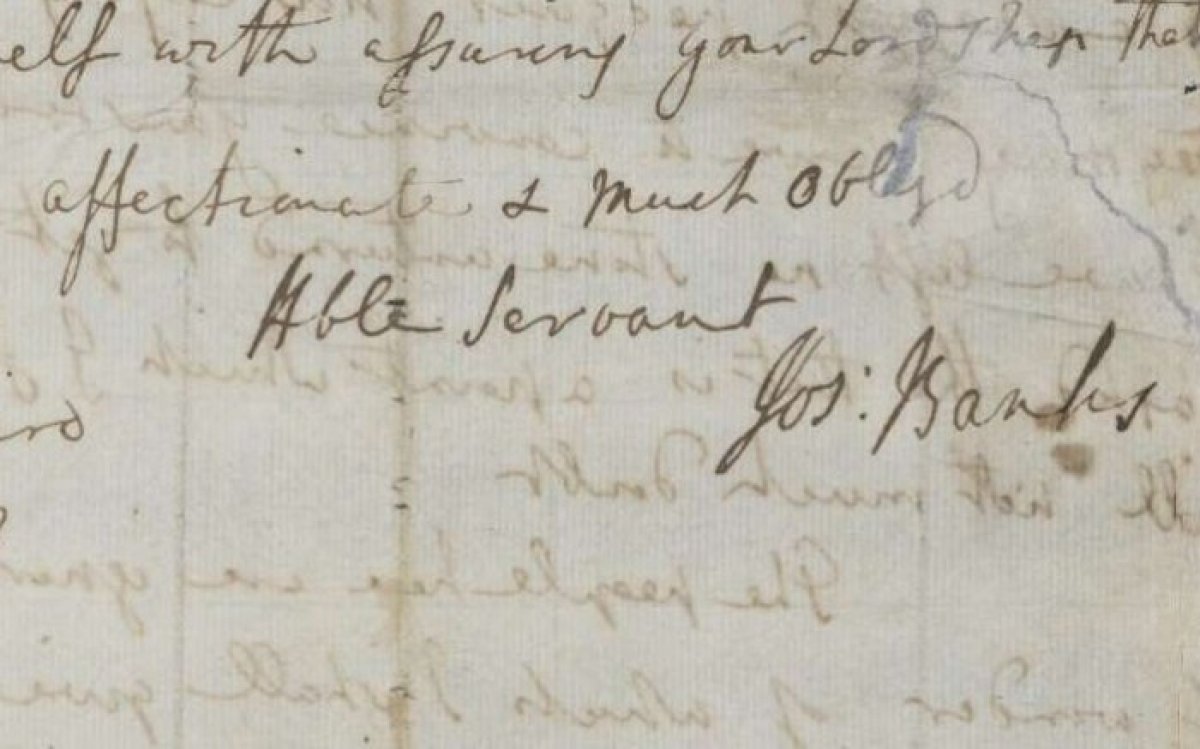 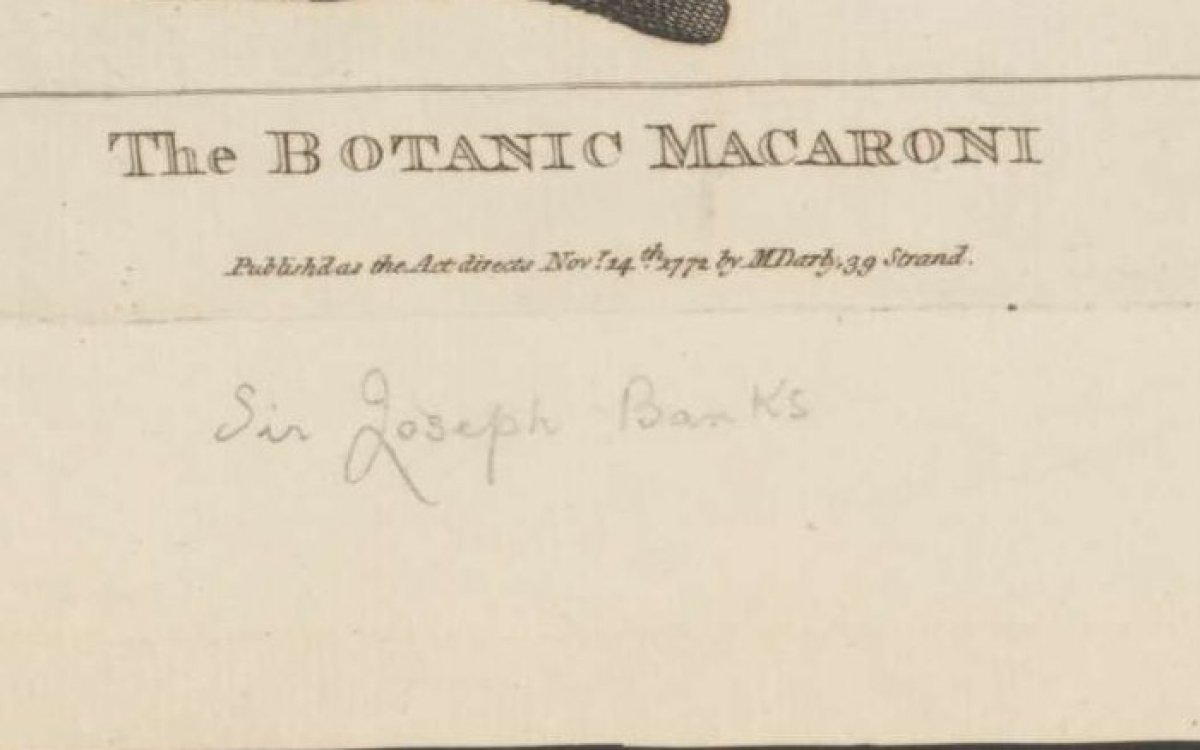 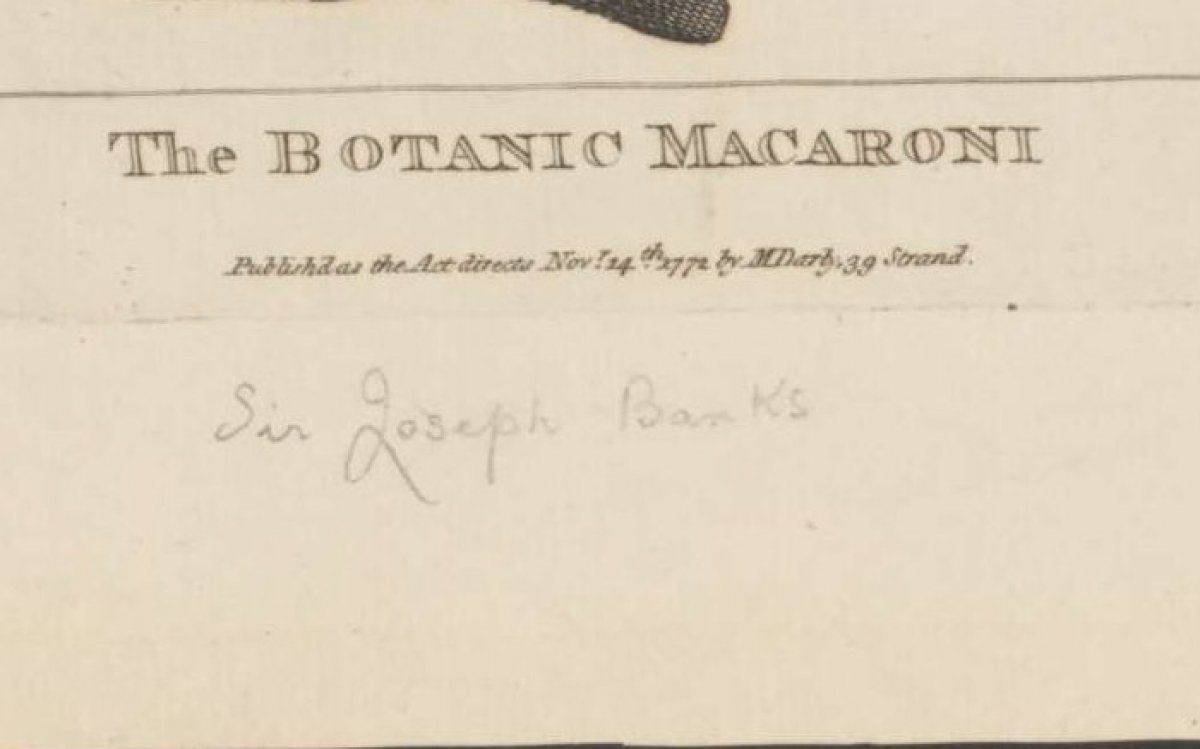 Banks joined the Endeavour in 1768 for Captain Cook’s South Sea expedition. Banks saw the scientific potential of the voyage. He invited 8 scientists and artists to join him, among them Daniel Solander. As well as plants, Banks and Solander collected reptiles, fish, shellfish and insects at each location on the journey. Banks was also interested in the customs and cultural practices of the indigenous peoples of the lands they visited. He kept detailed descriptions of the people they met in his diaries.

Banks was elected president of the Royal Society in 1778, a position he held for the next 41 years. The Royal Society was founded in 1660 and still exists today. The Society has a variety of roles: it promotes science, recognises excellence in scientific research, and provides scientific advice to government and policymakers. The Royal Society was a driving force behind many of the voyages of discovery in the 18th and 19th centuries, actively promoting new ideas. Its motto is Nullius in verba, which means ‘Take nobody’s word for it’. The motto reflects the Society’s determination, rooted in Enlightenment thinking, to establish facts and knowledge through experiences and exploration, rather than simply accepting pre-existing understandings. As president, Banks sent expeditions to many parts of the world to bring back plant, animal and mineral specimens. In his later years, Banks was considered the authority on all things Australian, including the plants and people. He corresponded regularly with the first three governors of Australia and was influential in many major settlement and planning decisions.