Augustus Earle (1793–1838) was an artist working in the colony of New South Wales around 1825. He painted several portraits of Bungaree, a notable Aboriginal leader. Bungaree had made a significant contribution to the exploration of Australia, acting as a guide and interpreter to Matthew Flinders (1774–1814). Flinders found Bungaree’s assistance and diplomacy invaluable in his contact with the groups of Indigenous people he encountered during his 1801─1802 voyage. As a crew member aboard the Investigator, Bungaree was the first known Australian-born person to circumnavigate Australia. Later, when his sailing days had ended, Bungaree was well-known on the streets of Sydney, welcoming new arrivals, and giving impersonations of authority figures.

Earle’s first portrait of Bungaree is an oil painting showing him standing on the shores of Sydney Harbour wearing a British military-style uniform. Behind him are signs of the developing colony. The metal, crescent-shaped kingplate that hangs from a chain around his neck is engraved with the words ‘Bungaree: Chief of the Broken Bay Tribe’.

When Earle returned to England in the late 1820s, he decided to create a print of his oil painting, this time with some changes. In the print, Earle has Bungaree standing in front of a more confined landscape. There are white-washed houses behind him; to his right is a woman dressed in a blanket and smoking a pipe; and to his left is a basket of empty bottles. The contrast between the two images is stark.

After a long illness, and living in poverty, Bungaree died in 1830. He was buried with his wife, Cora Gooseberry, in an unmarked grave on the foreshore of Rose Bay in Sydney Harbour. 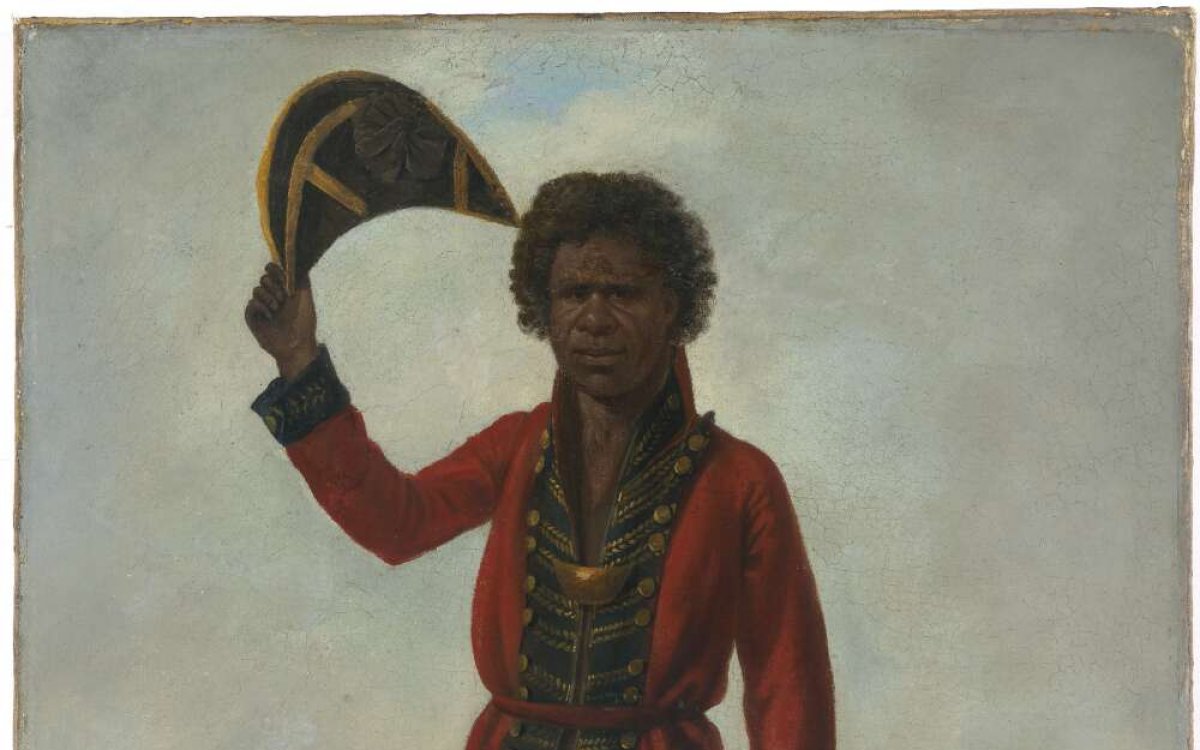 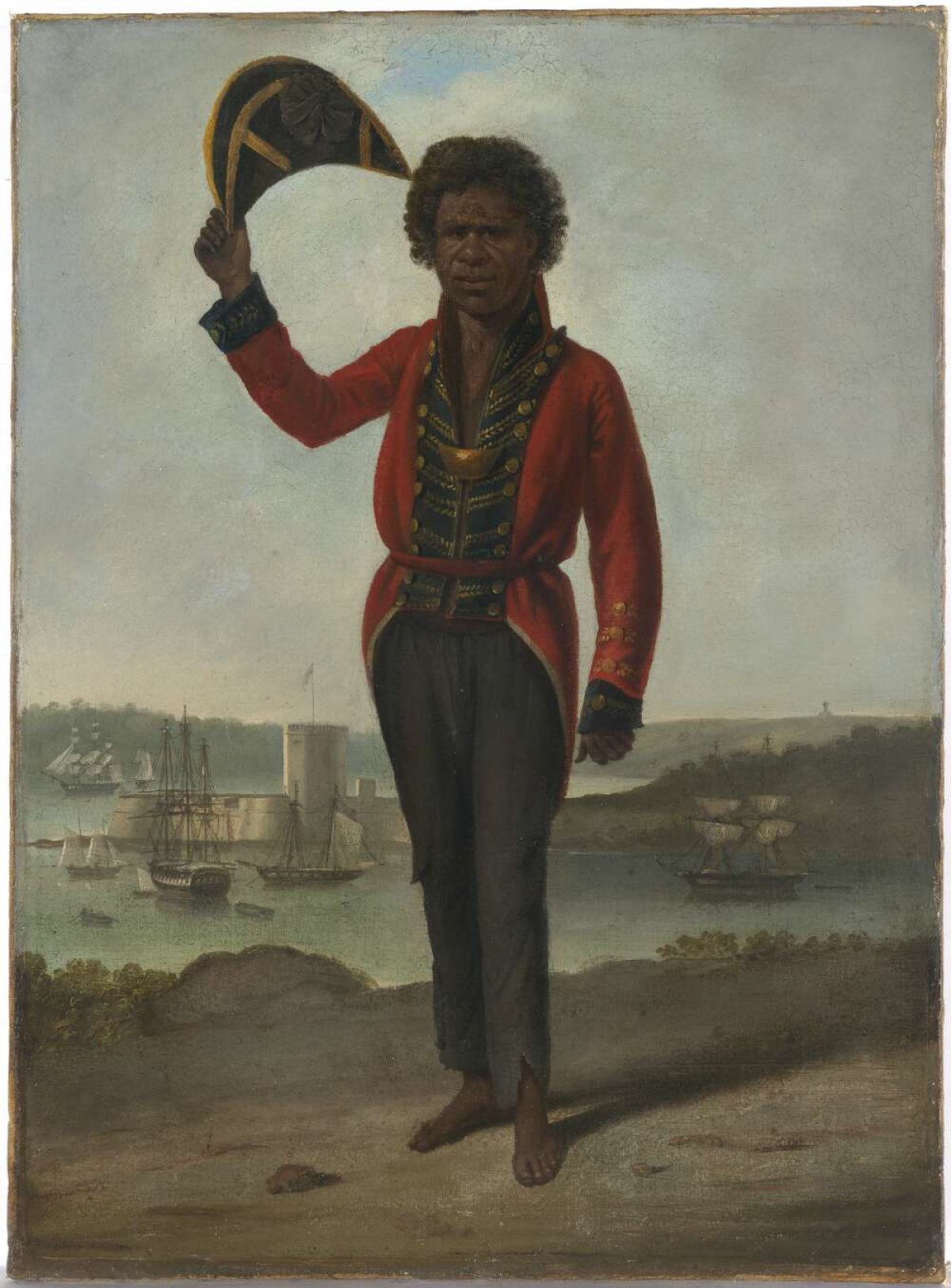 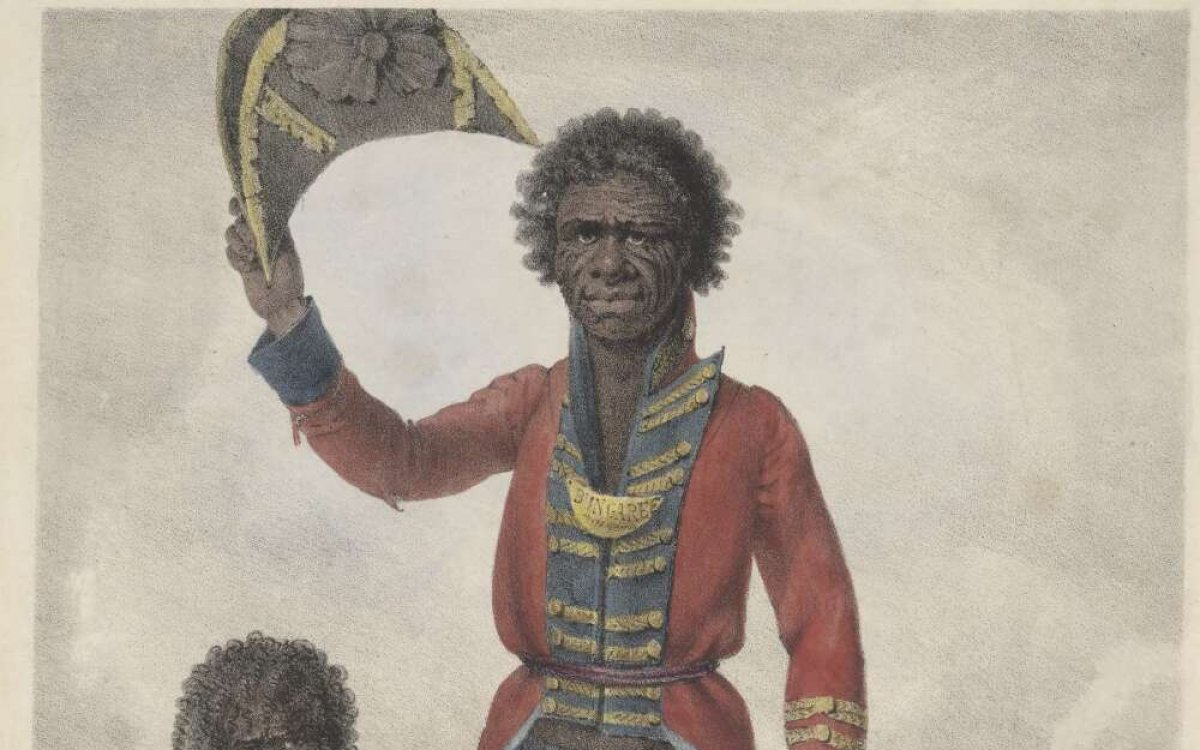 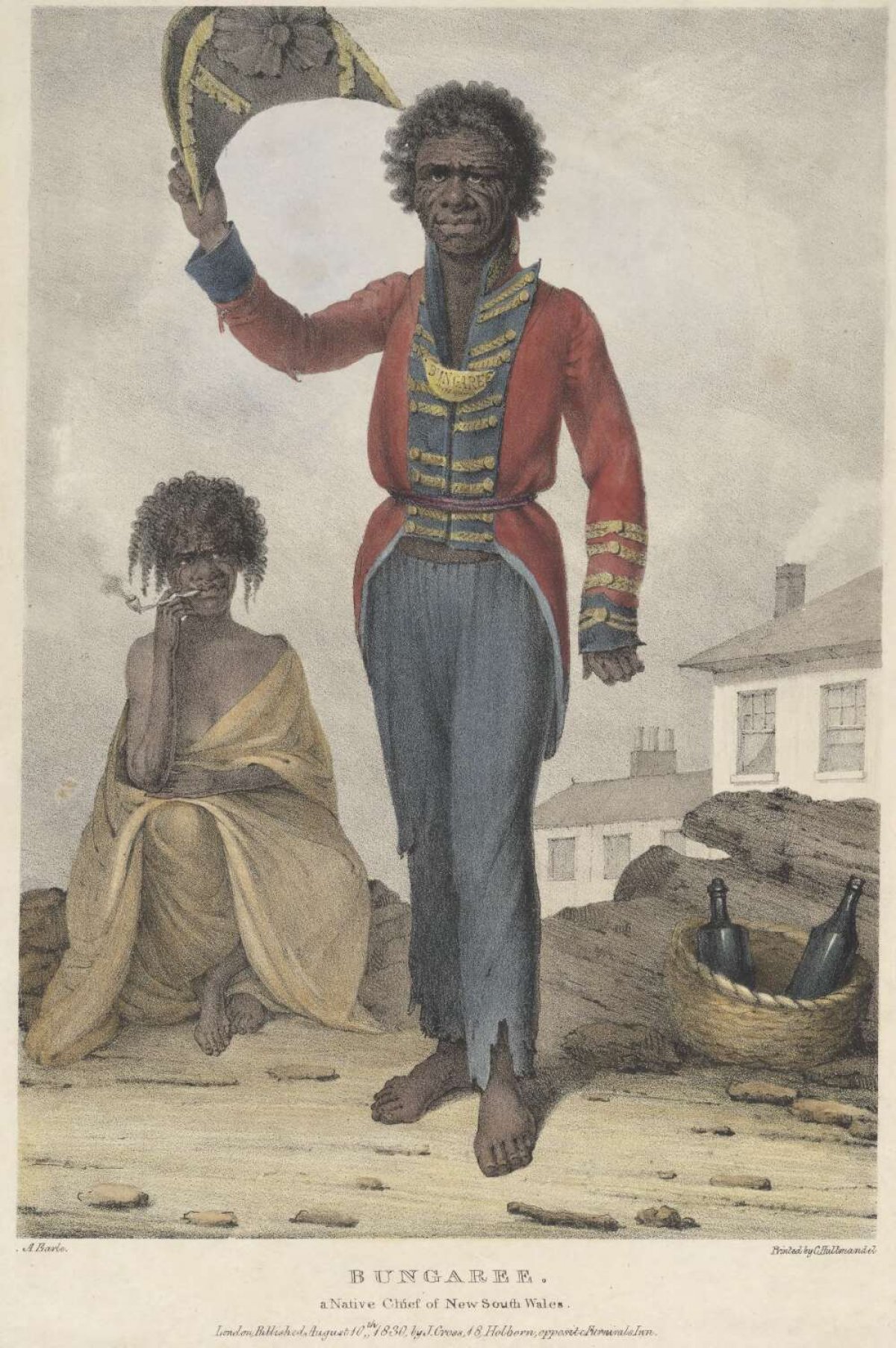 1. Ask your students to compare the two portraits of Bungaree—Earle’s original painting, and the print he completed on his return to England. Tell them about Bungaree and his life story.

The painting, and the print based on it, tells viewers something about early interactions between Indigenous and non-Indigenous people in Australia. Use the following questions to begin a classroom discussion about the two images:

2. Use the background notes to provide students with some information about Bungaree and his life. Ask students to imagine that they are Bungaree, and to consider his experiences following the arrival of Europeans. Ask students to write a monologue, or a diary excerpt, as Bungaree, expressing his fears, hopes and experiences. Students should take into account Bungaree’s witnessing of the arrival of European settlers. They should also reflect on the range of possible opinions among members of his tribe in response to his actions, including wearing the Kingplate given to him by Governor Lachlan Macquarie.

3. Bungaree was the first known Indigenous person to circumnavigate Australia. Invite students to research other Indigenous people who achieved notable ‘firsts’. There are  many names to choose from; some suggestions include: Bennelong, Arabanoo, David Unaipon, Robert Kinnear, the Roper River man known as ‘Neighbour’, Reg Saunders, Albert Namatjira, Gwoya Jungarai, Jimmy Little, Oodgeroo Noonuccal, Charles Perkins, Lionel Rose and Neville Bonner. Ask students to prepare a report on their chosen person and to present it the class either as an oral presentation or in written form.