This image, depicting frontier conflict, is contained in an album compiled and originally owned by Miss Eliza Younghusband. The album is now held at the National Library of Australia. Younghusband was the daughter of the wealthy South Australian merchant, pastoralist and politician William Younghusband.

Hodgkinson was a member of the expedition’s supply party, led by experienced bushman William Wright. Hodgkinson's dramatic watercolour Bulla depicts a tense moment of conflict. It shows the armed expeditioners, their rifles smoking, in an improvised stockade facing a large group of advancing Indigenous people armed with clubs and spears. Unlike other colonial pictures of armed encounters between Europeans and the Indigenous population, it shows both sides as equally resolute.

Koorliattoo, the other pencil sketch by Hodgkinson in Younghusband’s album, shows the sparse landscape and meagre camp where the weaker members of the expedition were left.

Hodgkinson survived the expedition and found his way to Adelaide where he presented the drawings to Miss Younghusband. Her album also contains a love poem by Hodgkinson, drawings, watercolours, poems, prose, cuttings and keepsakes, all of which form a window into mid-nineteenth century life in Adelaide, South Australia. 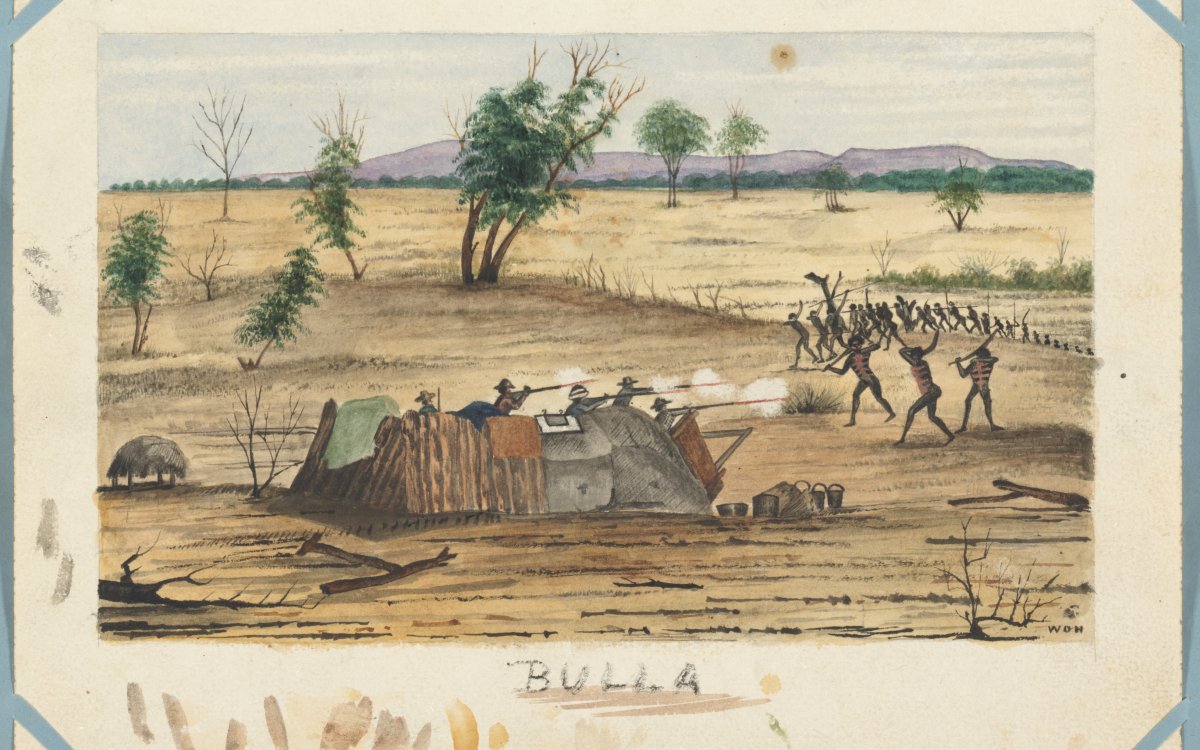 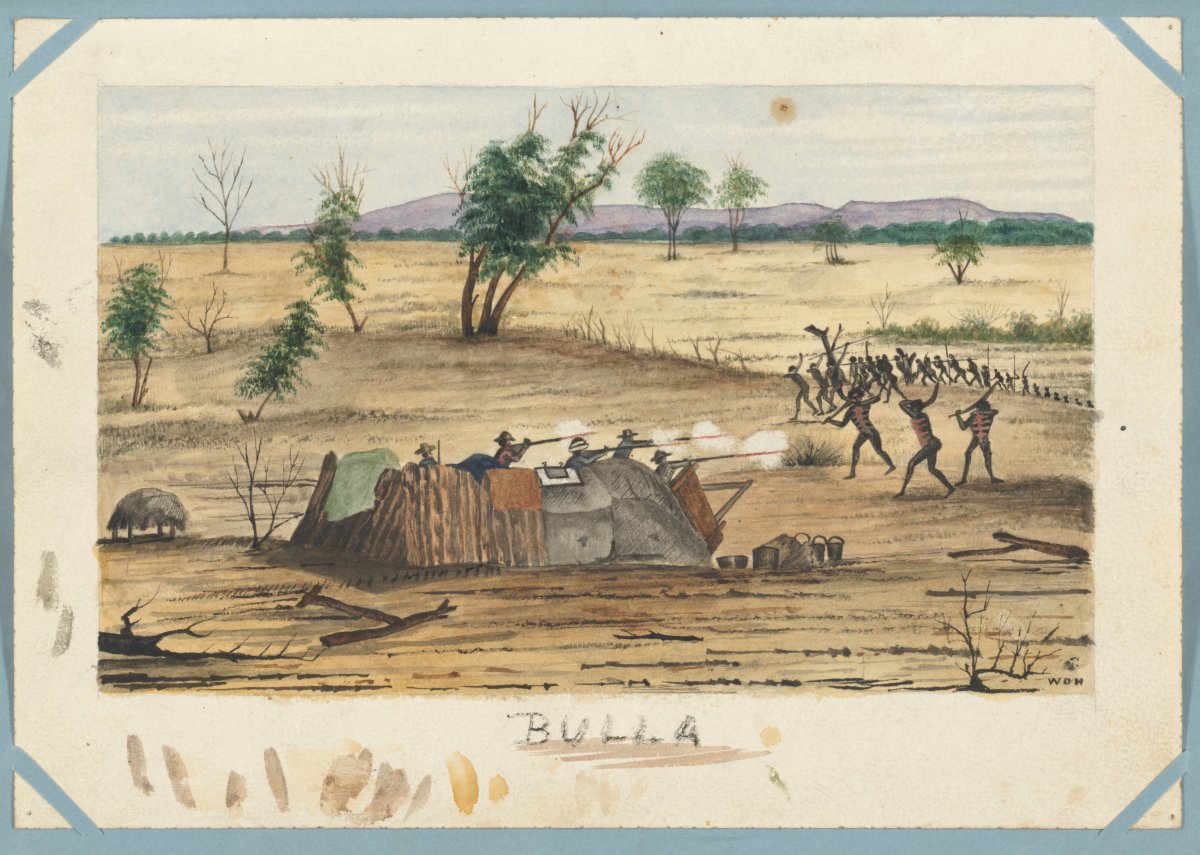 1. Provide students with Bulla’s background context. Use the image with the following questions to prompt an exploration of frontier conflict:

2. Engage students in a creative writing activity, inspired by the painting Bulla. Ask them to choose a person from the painting and adopt that person’s point of view in their writing. Students may write a diary or journal entry, a letter or a poem.

3. The Australian Curriculum: History Year 5 calls for students to consider ’what if’ scenarios by constructing different outcomes. With an understanding of the context of Hodgkinson’s image Bulla and if students are familiar with the story of Burke and Wills, ask students to write an 1861 newspaper article. The article should focus on a ‘what if’ scenario where Burke and Wills are joined by Indigenous people on their journey. The expedition then reaches the Gulf of Carpentaria, and returns safely to Melbourne, by eating bush foods and drinking fresh water found by the European explorers’ Indigenous companions. The article could celebrate the success of the expedition and a newfound understanding of the Australian environment and Indigenous people.

Other Treasures sources that relate to the concepts explored in this source include: Indigenous Experiences, Inland Adventures, and Flag of the Southern Cross.