Between 1467 and 1615, Japan was at war with itself. This period is known as the Sengoku Jidai (戦国時代 – Warring States Period). The civil war began with the Onin War, which effectively ended of the feudal rule of the Ashikaga Shogunate and saw rival daimyos and factions grappling for supremacy for the next 148 years.

Following the campaigns of unification lead by Oda Nobunaga (1534–1582) – who started as the Daimyo of the small Owari domain in central Japan, but rose to control half the provinces of Japan – and his successor Toyotomi Hideyoshi (1537–1598), Tokugawa Ieyasu (1543–1616) emerged as the supreme leader of Japan.

Following a bloody succession crisis between relatives, Oda Nobunaga succeeded as the leader of the Oda clan and became Daimyo of Owari in 1559. The Owari domain (now western Aichi Prefecture) was small but well placed in central Japan; however, it was surrounded by domains of rival daimyos, who outnumbered the Oda troops significantly. In 1560, a neighbouring daimyo, Imagawa Yoshimoto, intent on marching on Kyoto, entered the Owari domain with approximately 25,000 to 30,000 troops.

Despite being only able to raise 3,000 troops, Nobunaga launched a surprise attack on the Imagawa camp, capturing and killing Imagawa Yoshimoto. On Imagawa’s death, his troops were routed. This victory placed Nobunaga in the upper ranks of the warring daimyos. To protect himself, Nobunaga allied with daimyos in domains bordering his territory. In 1568, Nobunaga marched 50,000 men into Kyoto under the pretext of restoring the power of the Ashikaga Shogunate. However, Nobunaga soon found having control of Kyoto was not enough to cement his dominance and spent the rest of his life strengthening his control over the region. 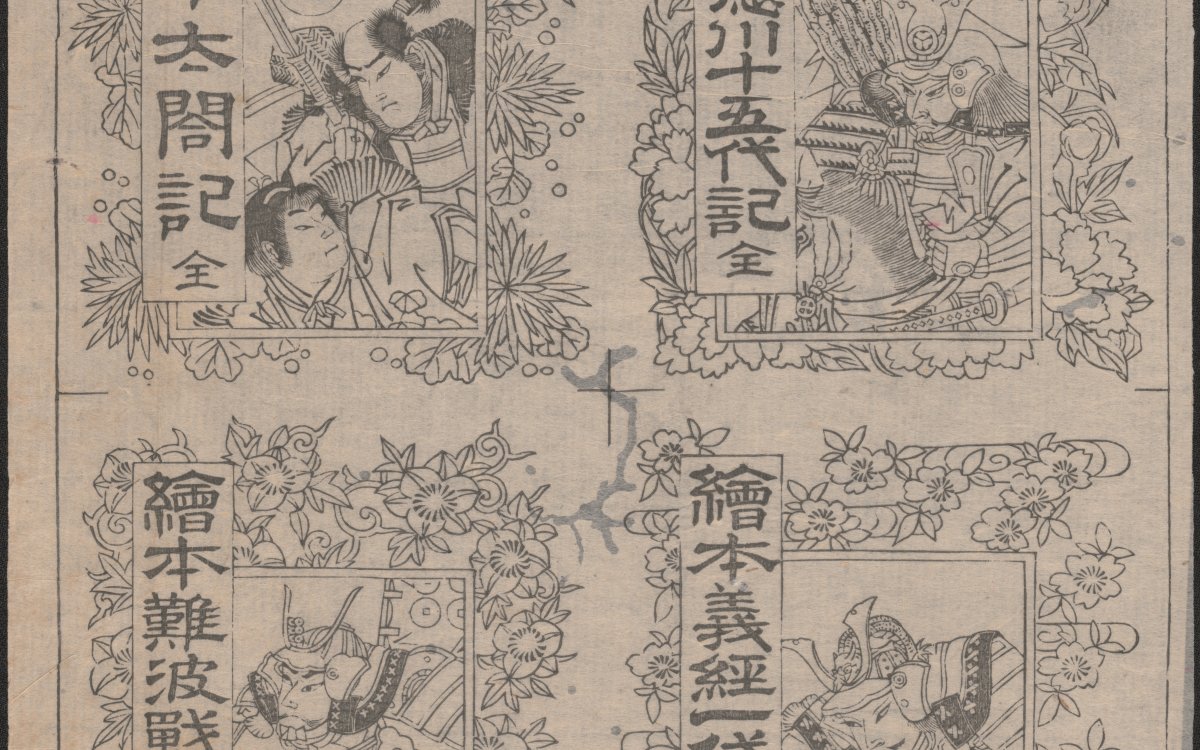 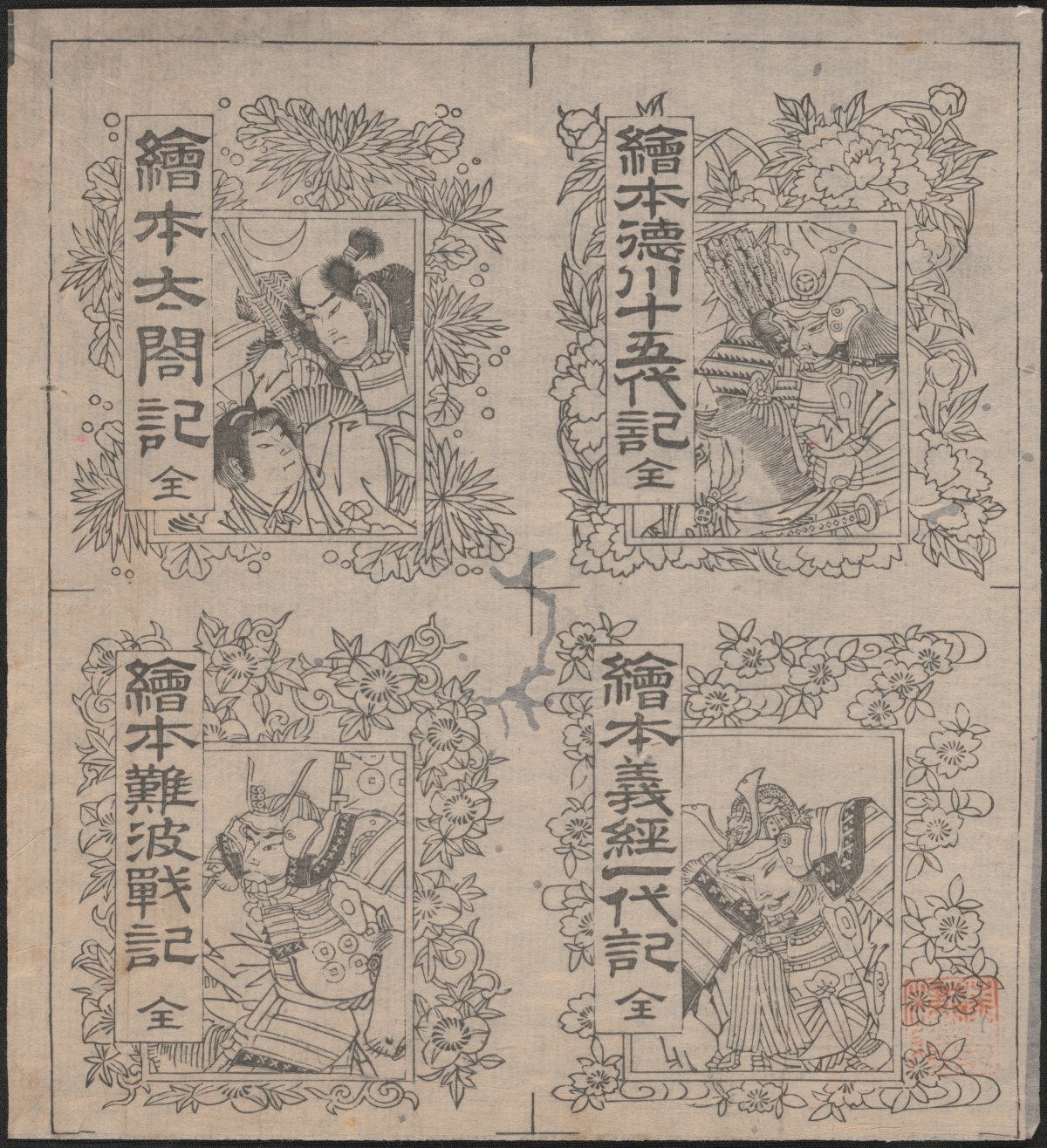 Tokugawa Ieyasu is depicted in the top right image

Originally a vassal of the powerful Imagawa clan, Tokugawa Ieyasu allied himself with Oda Nobunaga early in the latter’s plans for unification. Along with Toyotomi Hideyoshi, Ieyasu became one of Nobunaga’s leading lieutenants throughout his many campaigns and won power and prestige. On the death of Hideyoshi, who succeeded Nobunaga, a struggle for power erupted between ‘eastern’ daimyos loyal to Ieyasu and ‘western’ daimyos who backed another powerful official intent on supremacy. Two victories in battle, 15 years apart – the Battle of Sekigahara in 1600 and the Siege of Osaka in 1615, cemented Ieyasu as the supreme military commander of Japan. More interested in securing stability than innovation, Tokugawa established his new government in the small village of Edo (江戸) in eastern Japan (modern Tokyo). He assured the Imperial Court in Kyoto they were safe and could continue their ceremonial role, provided they followed his will and that of his government. Tokugawa adopted the title of Shogun to legitimise his rule. In Japan, the Tokugawa government came to be known as the Edo Bakufu. Under this reimposed feudal system, Japan entered the Edo period, which would be a period of relative peace both domestically and internationally. The Tokugawa Shogunate would rule Japan for the next 250 years, until 1867. 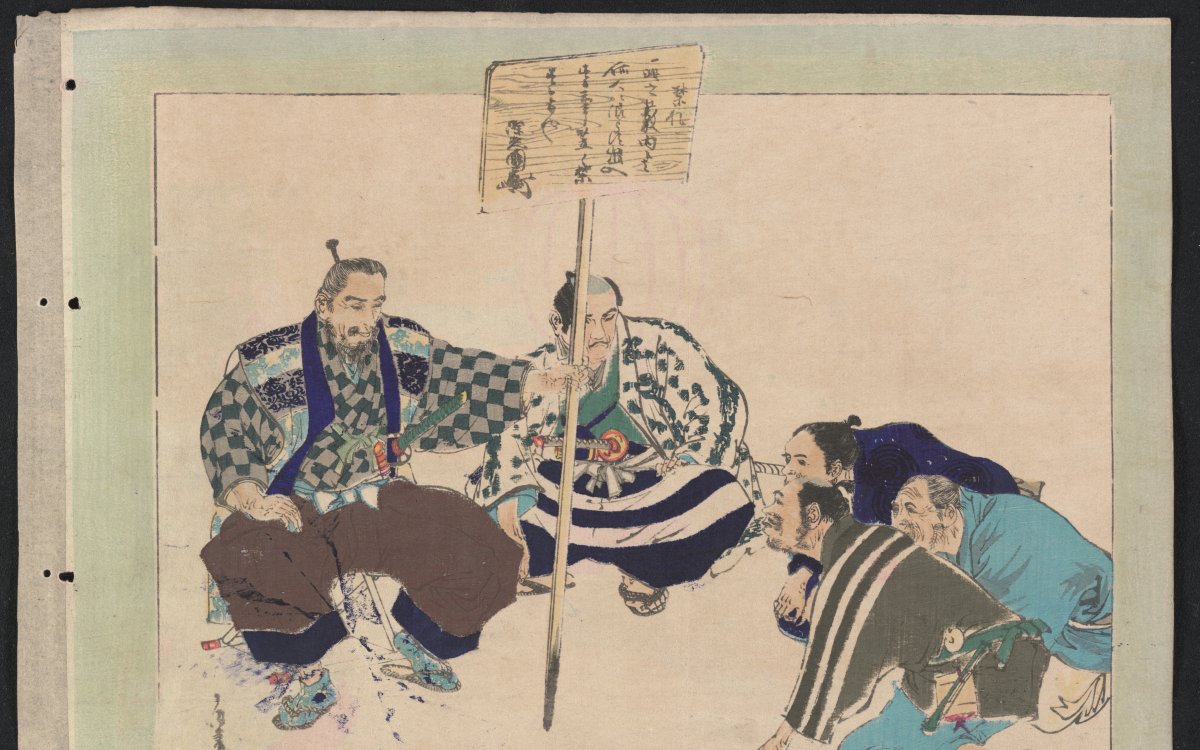 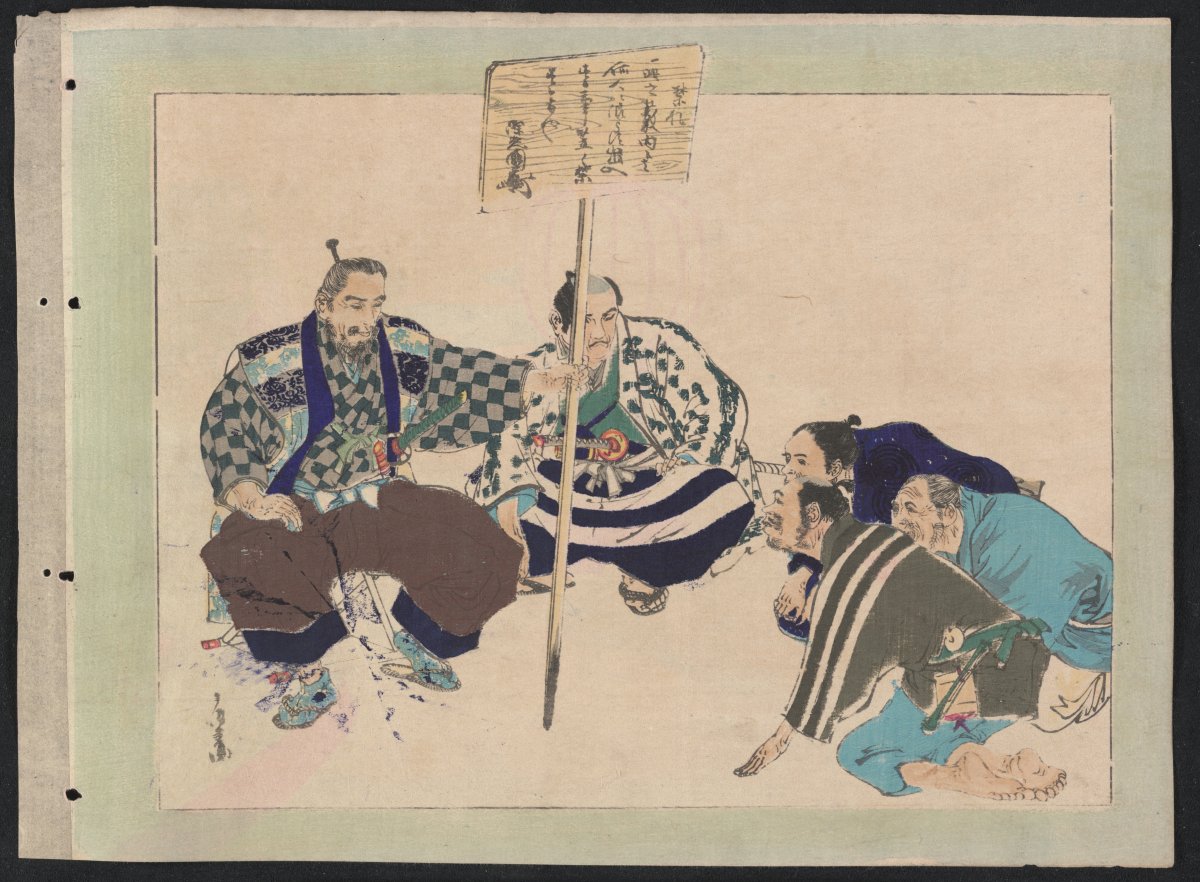